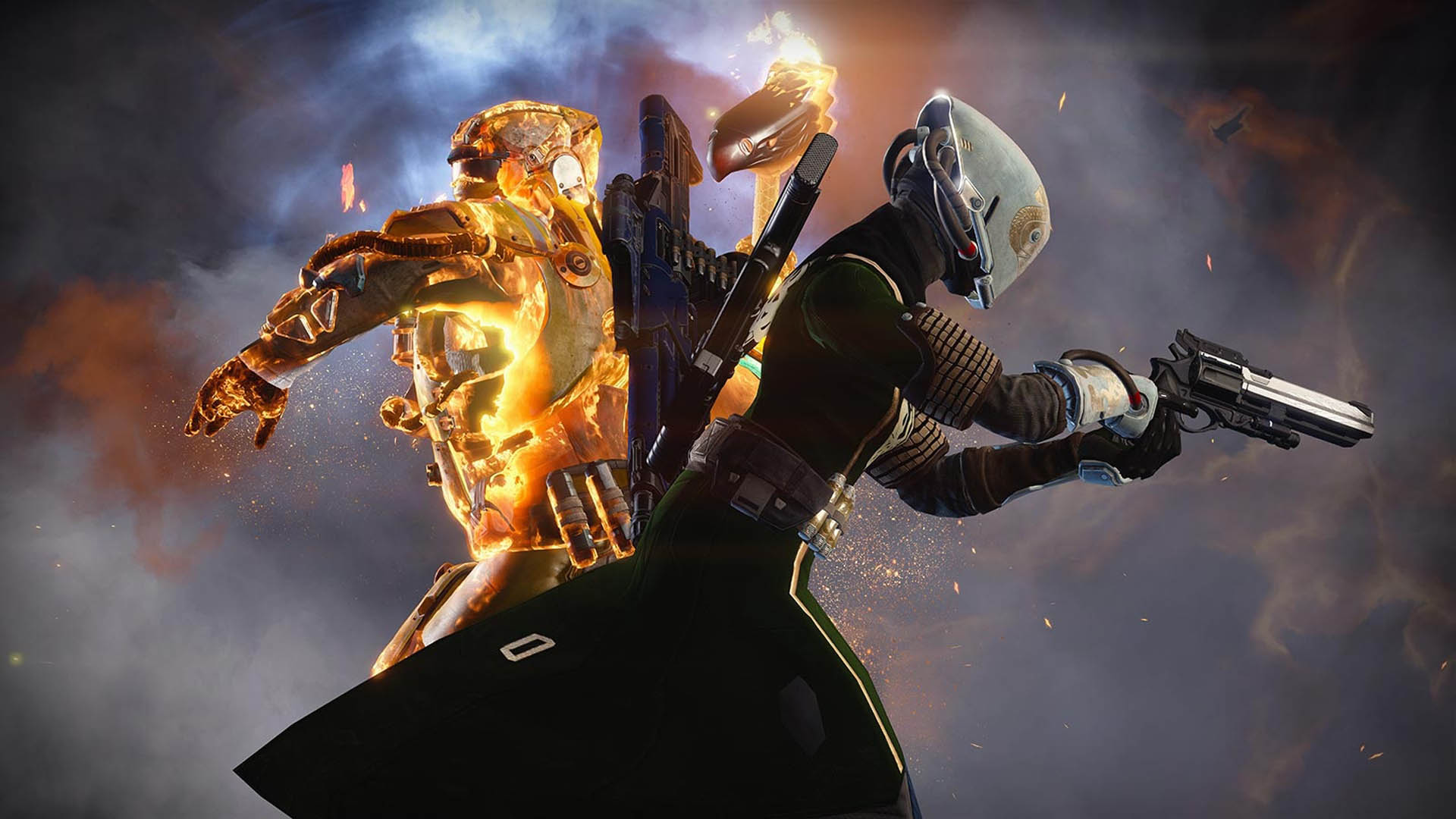 Destiny: The Taken King is redemption for its players, and vindication for its developer, Bungie. The Taken King and its companion update patch Destiny 2.0 almost completely rewrite the game as released last year. The patch and the expansion are designed to work together to provide a fresh, more player-friendly Destiny. And to a very large extent, they have succeeded. 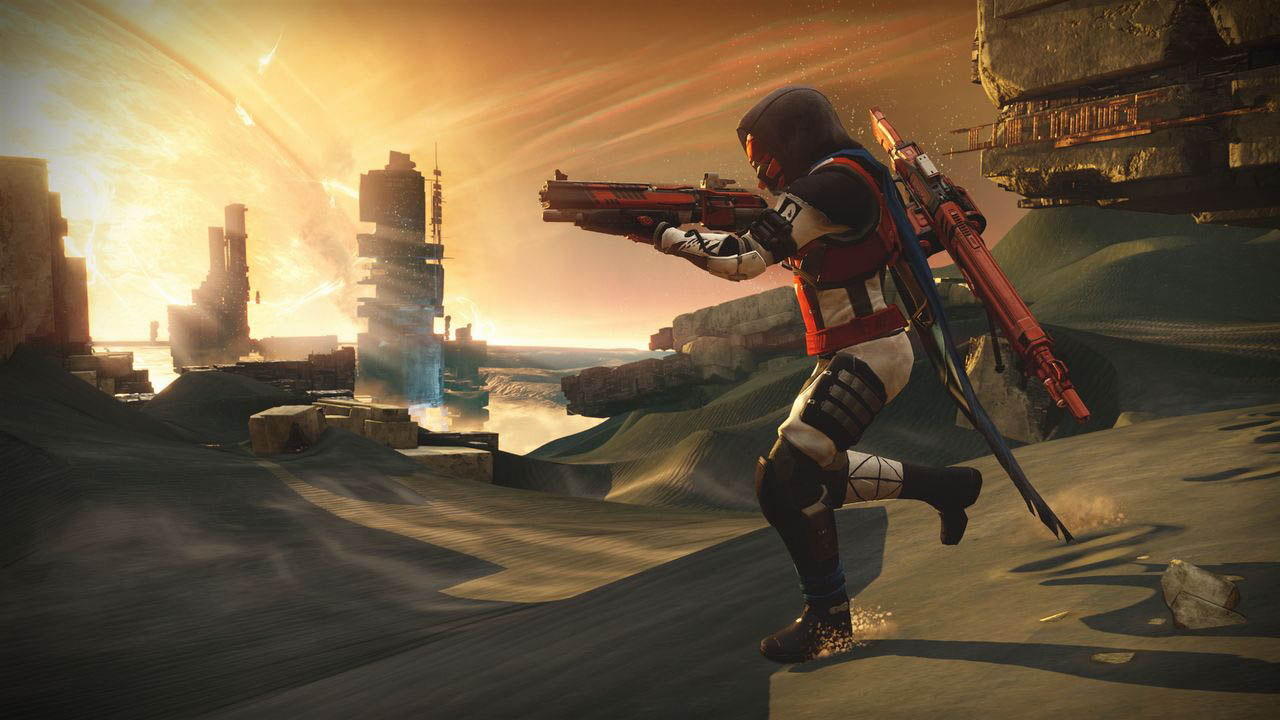 The story is perhaps the part of Destiny that has received the most care and attention.

Characters have well, character now. I unexpectedly cared about what was going on with them and to the world they are within. My only concern is that new players still have to suffer through the base game content first before they get to a point where they will be engaged by the world’s lore. I even got to a point where I didn’t want to progress the story because I liked it so much.

The shooting remains just as enjoyable, and still forms the core gameplay loop. Bungie seems to be spreading its wings a little bit with this expansions though, including a stealth section where you don’t shoot anyone.

One time you even need to run from a fight! There are also the game’s’ “new” race – the Taken. No, the King has not been taken, he is King of the Taken. Classic Destiny. The Taken are remixes of the other three races, with new abilities to boot. To see a Taken vandal use the Ward of Dawn made me realise why I liked it so much in the first place when I used it. 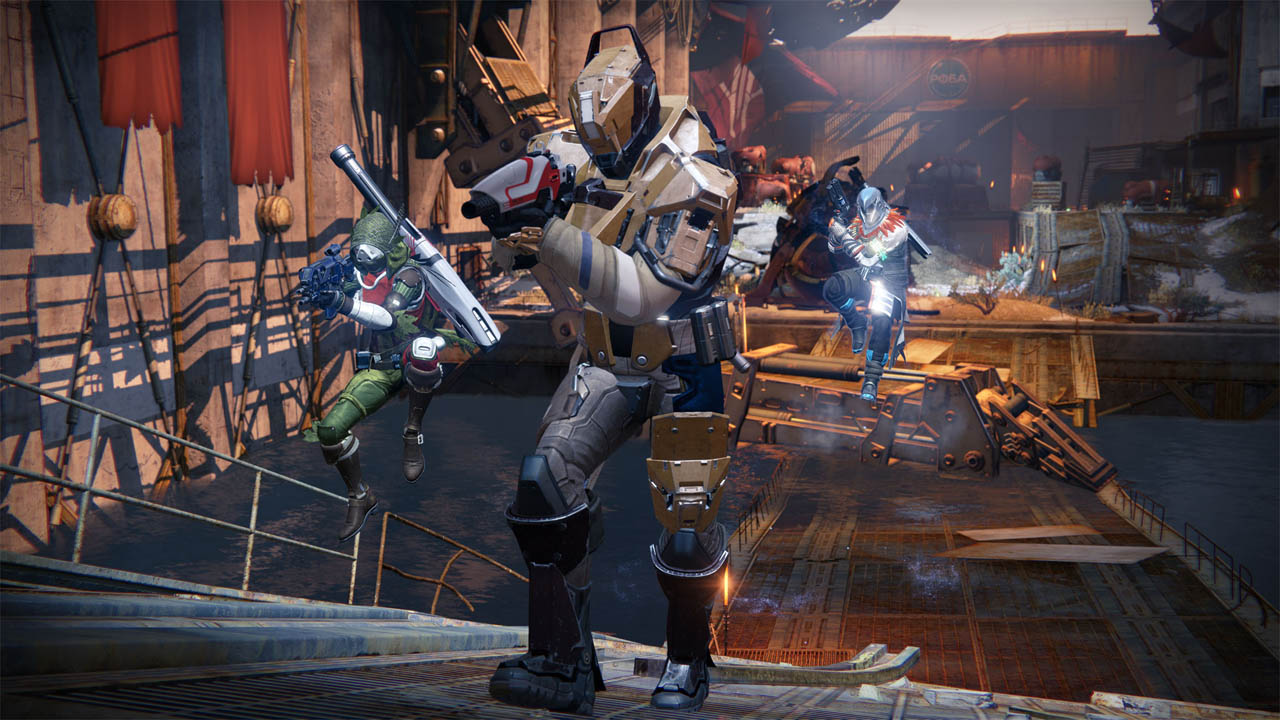 Leveling has received a massive upgrade from the old system.

The level cap has been increased to 40, and you will reach that quickly as almost everything you do, from stories to strikes to patrols contributes to reaching it. Even better, once level 40 is reached, every “level” you then raise gains you 3 Motes of Light.

It is completely passive, but does make anything below 40 before the game really starts, where not only the best armour and weapons are found, but story and strike missions. The real level you need to care about is your new and improved light level, which is an average of your gear.

Fortunately enemies are much more generous with giving you encrypted engrams, with rare engrams now going all the way to the 310 damage/defence cap. 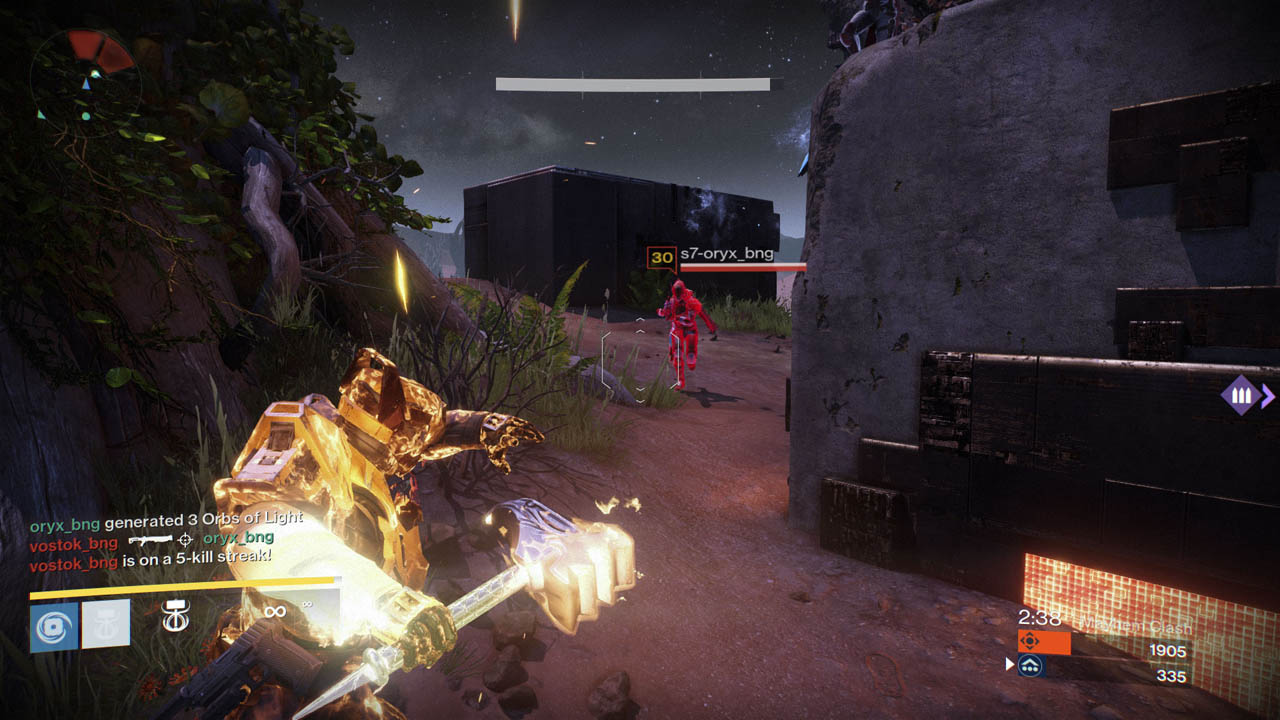 The Taken King introduces three new subclasses, one per class.

My titan was sent on an initiation mission to meet the rogue, mercenary Sunbreakers (though who is hiring them? The Reef? Then they are just Reef soldiers. Destiny’s world-building still has a way to go). Sometimes Destiny reveals its old self though, and there was no actual seeking or even meeting NPCs in this mission, just a disembodied voice telling me to shoot waves of different aliens.

The Sunbreaker abilities are interesting, though not revolutionary. Hurling burning hammers at floating orbs feels good, but most of the other abilities are relatively forgettable. 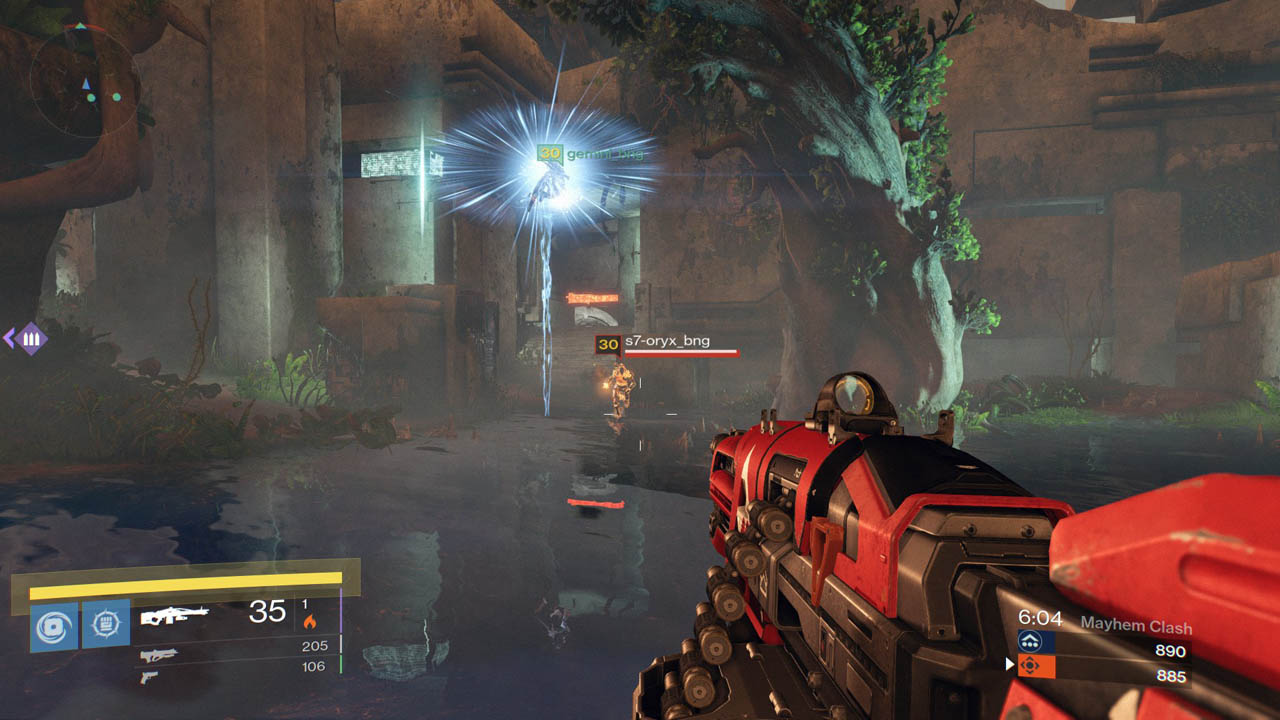 The Taken King isn’t just an expansion to the core Destiny game. It’s not a new area that you can explore, separate from the base game. The Taken King is the new base game, and is inextricably intertwined with what was released last year. As a result The Taken King leaves behind players on vanilla Destiny who haven’t upgraded.

To continue playing the game you have to upgrade to the new version. Many of the substantial mechanical changes come with the 2.0 patch, but the new content doesn’t come cheap at a minimum of AU$70. But if are a player that cares enough about Destiny to play it, then the new content is absolutely worth it, and if you are upgrading from vanilla to The Taken King, it includes the two previous DLCs, House of Wolves and The Dark Below.

What The Taken King doesn’t fix is the utter inability of Destiny to explain itself. Players are left to fend for themselves to discover what Motes of Light, Three of Coins, Strange Coins, Legendary Marks and the seemingly endless different currencies and loot structures are. While there are thousands of guides and helpful people who can help decipher all this jargon, it would be highly beneficial for the game to just tell you itself. 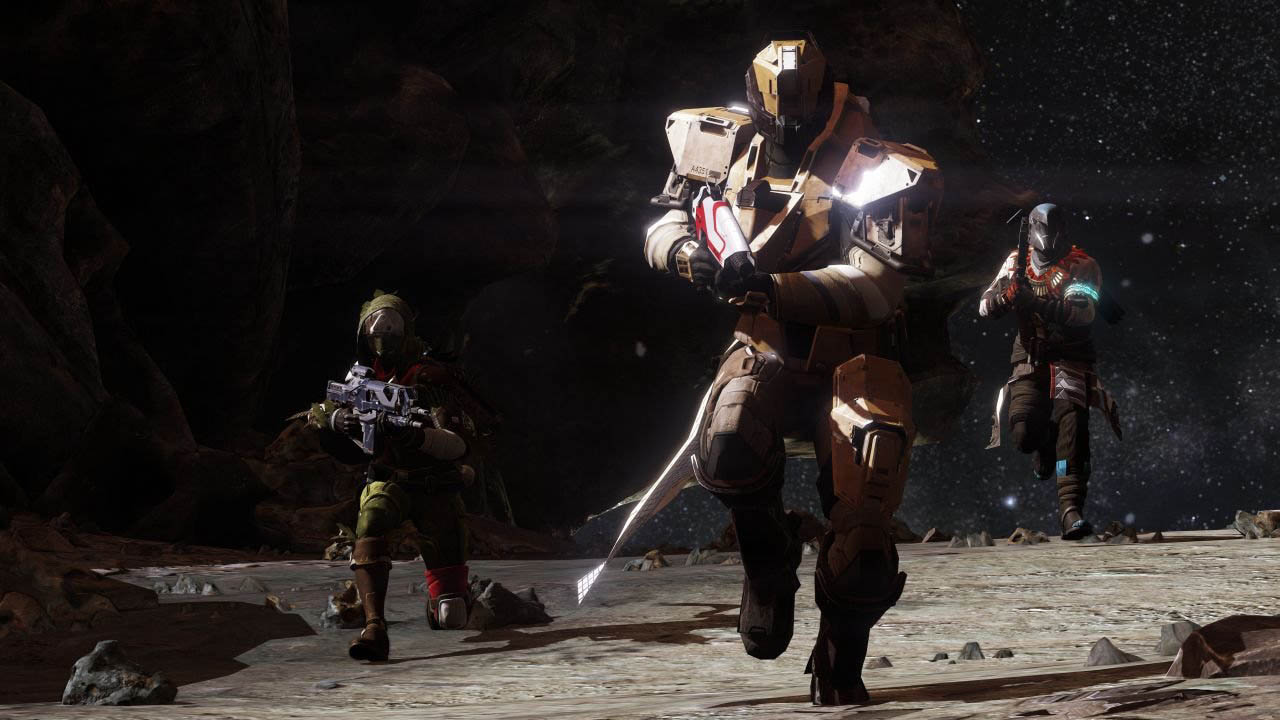 Load times into and out of orbit are still unforgivably slow – I was able to read quite a bit of a book sitting next to the couch every time I had to go somewhere. While with The Taken King you can now turn in bounties from anywhere at anytime, the ability to decrypt engrams, even if only from orbit, would have saved hours dropping in and out of the Tower.

The Tower also remains an interesting, but empty space for walking up to people and holding triangle. In future updates I hope Bungie rethinks this social space completely, as at the moment it holds no value but that of the vendors in it.

Destiny is still a game best played with friends, or at the very least skilled fireteam members. I would have liked to have the option of matchmaking for some of the end game content story missions, particularly in consideration of the new quest structure. Various NPCs at the Reef and at the Tower will give you story quests to complete in a particular order, usually with a decent payout at the end to make it worth it. 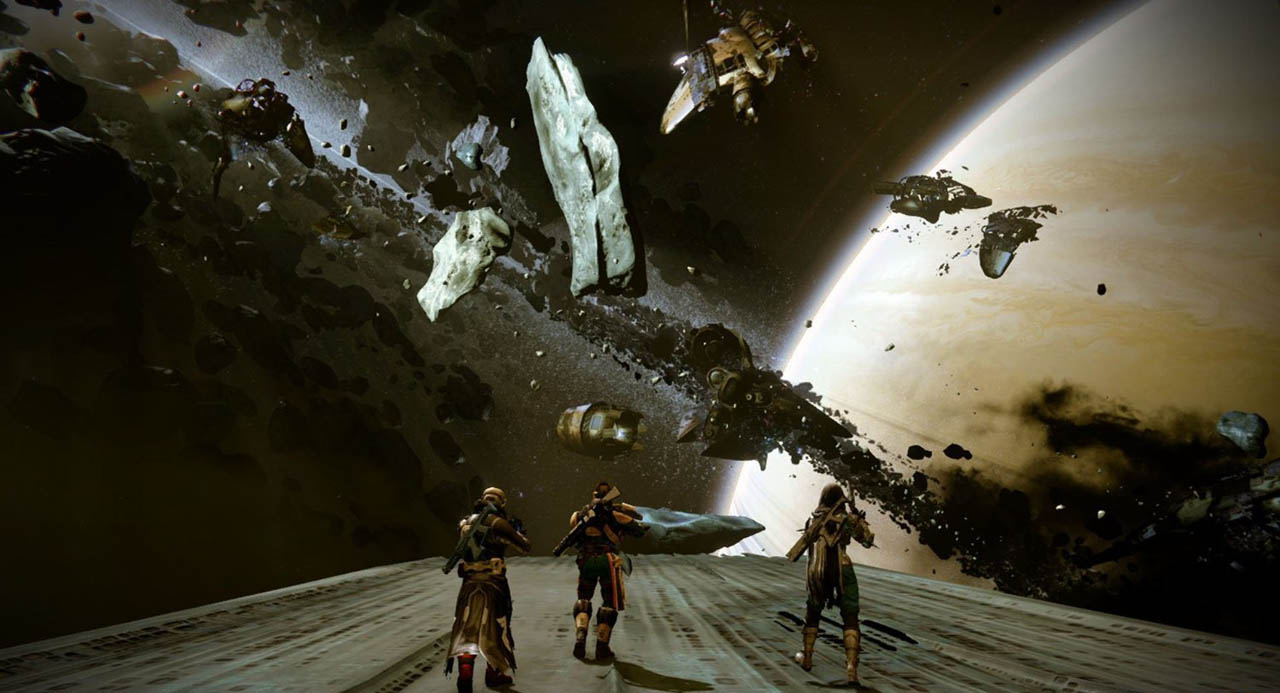 The Taken King is the future of Destiny.

For the next year, it is Destiny. Combined with the 2.0 patch, it is nothing short of a revolution in how the game works. Destiny is still gorgeous, still rock solid at 30FPS (I still pine for 60FPS, or at least a PC version) and has made smart changes in the way it presents information.

Last year Destiny seemed a little undercooked, but with the addition of The Taken King the entire package of base games, two DLCs and one expansion provides enough content to keep anybody satisfied. Bungie aren’t selling an expansion pass for anything in the future, so it will be interesting to see how the game continues to change, grow and expand into the game we all thought we were buying last year.