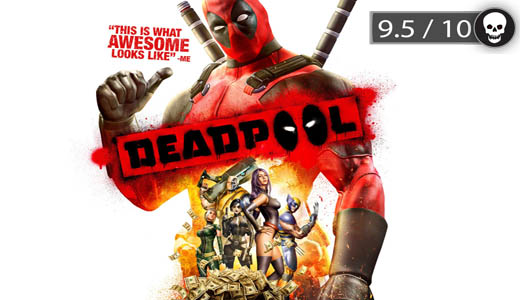 ‘Can you handle my awesomeness? No, really. Can you? I have my own video game, where I get to flaunt my ninja warrior like skills. I’m Deadpool and this what awesome looks like’.

An unlikely Marvel superhero; Deadpool gets his very own game, and it’s a complete piss-take of every gaming genre known, retro, action, FPS and more.

After threatening the game studio to make him his very own game Deadpool throws the script aside and sets out on a path of bloodshed and epic take downs whilst entertaining his multiple personalities. 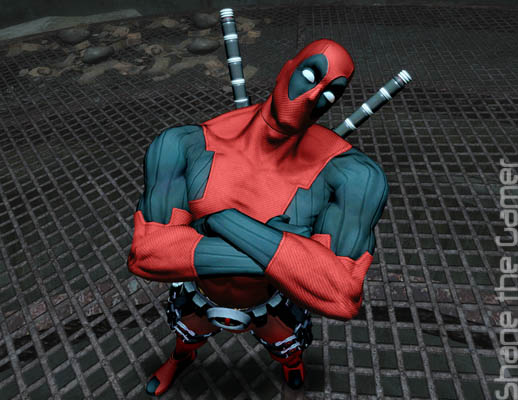 His main mission is to kill of a media mogul Chance White. Not really knowing the plot or why Mr. White has to be wiped out, as he never read the script.

But White has an ally, Mister Sinister, who also has alot of stand ins which you will discover during the course of play.

After an explosive first bout of combat (which was so explosive and actiony that the games entire budget was spent on it) Deadpool tackles Mr. White and both he and the media tycoon end up in the sewers where Mister Sinister saves White. 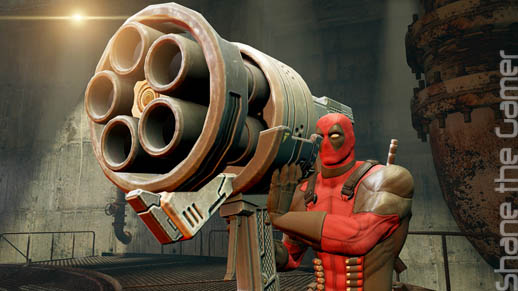 It’s revenge time for Mister Sinister and a very lengthy play to get to Chase White from there onwards.

Overflowing with video game clichés, its relieving to not only experience a title that does not take itself seriously but also a truly satisfying play.

The multiple personalities that Deadpool will talk with provide lurid and giggle-licious humour, as the game and it’s main character do not take anything seriously. 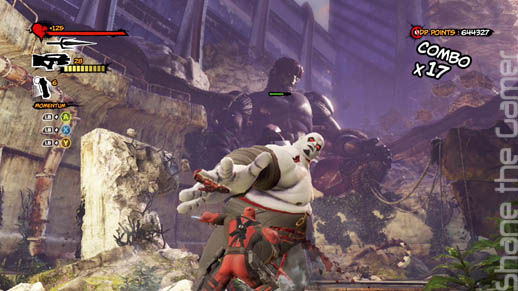 Developer; High Moon Studio’s really went all out and quite obviously had alot of fun within the development of this title.

Weapons consist of varying guns, the fallback of which is always your pistols, as ammo is limited but can be picked up from within Levels or from dead enemies.

You also have Katana’s, Giant Hammers, Swords and more. 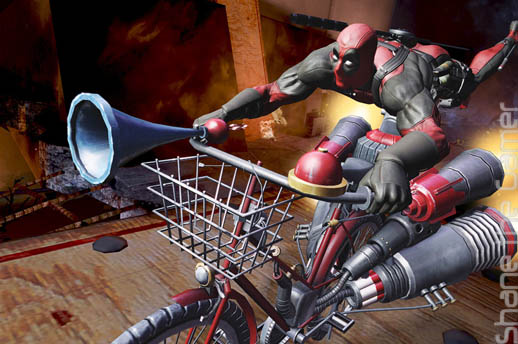 All of which are Upgradeable by shelling out millions and bazillions of Deadpool tokens that you will also collect throughout gameplay.

Deadpool himself has some vicious combat moves and his health will regenerate after a time. (He is the Mutant from Xmen comics and movies who has the ability to take other Mutants powers and use as his own).

Not forgetting the Teleport ability. 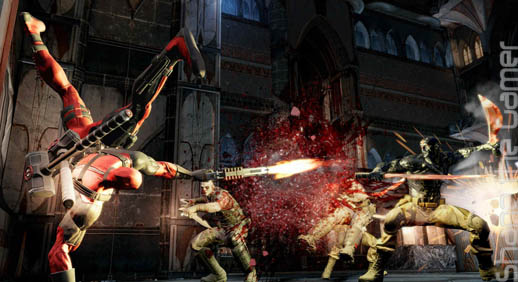 This is used primarily to get from place to place but is also extremely helpful within combat situations, or if you have accidentally fallen off the ledge of a tall building.

Deadpool the game does seem to lengthen itself by throwing waves upon waves, upon even more waves of cloned enemies at you at any given Level.

Perseverance and a bit of tolerance will not go amiss when playing this title. 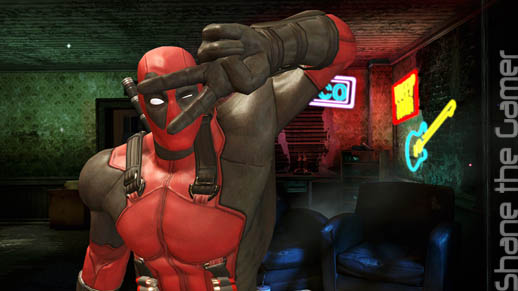 As if to circumvent the onslaught of clones it uses narrative humour as the sweetener (voiced by Nolan North of Drakes Fortune series).

From sing-a-longs with Death, fighting with other Marvel superheroes who make cameo appearances, 8 BIT top down view segments, hit the clown carnival-like moments, elaborate slow motion take down scenes through to gun fire of epically mega proportions, Deadpool is a surprising winner. 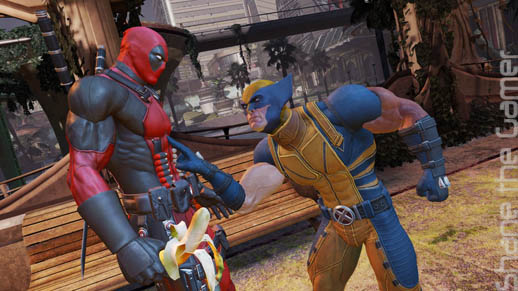 Graphically a little flawed, but it’s one of those rare gems that makes you instinctively put aside its shortcomings and actually enjoy working and slaughtering through.

A recommended title, most definitely and a deservedly high rating for sheer awesomeness.