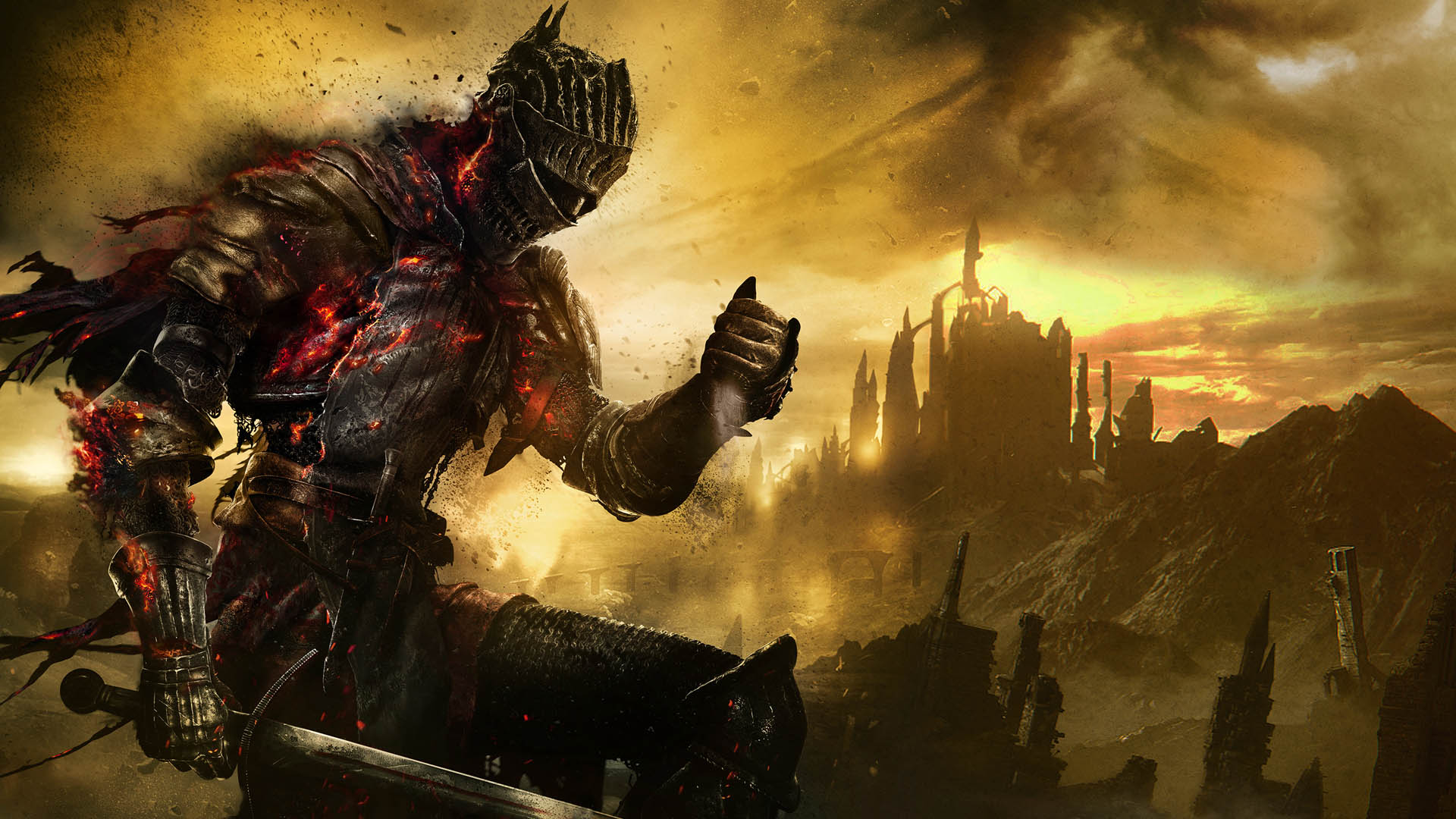 What gives a Souls game it’s, well…soul? That’s the fundamental question came to mind while playing Dark Souls III. The latest creation in a series that is now five games old, Dark Souls III is the culmination of years of experience and refinement of what has made the other games so memorable.

Dark Souls III doesn’t vary away from the pillars of the Souls series: the World, the Combat, the Lore and the Difficulty, and in looking at the ways in which III decorates these pillars we can see what Hidetaka Miyazaki’s latest creation is all about.

In my previous two times with the game before launch I was worried that the drab and monotonous greys of Bloodborne would overwhelm Dark Souls III. Thankfully, this worry was misplaced. While it is true the first few hours feature a rather boring and unoriginal castle-top walk (seen in almost every Souls game), the landscape soon opens up with a much larger colour palette. Gone are the endless rows of coffins and gravestones of Bloodborne, though everything does retain that games unusual sheen and gloss. 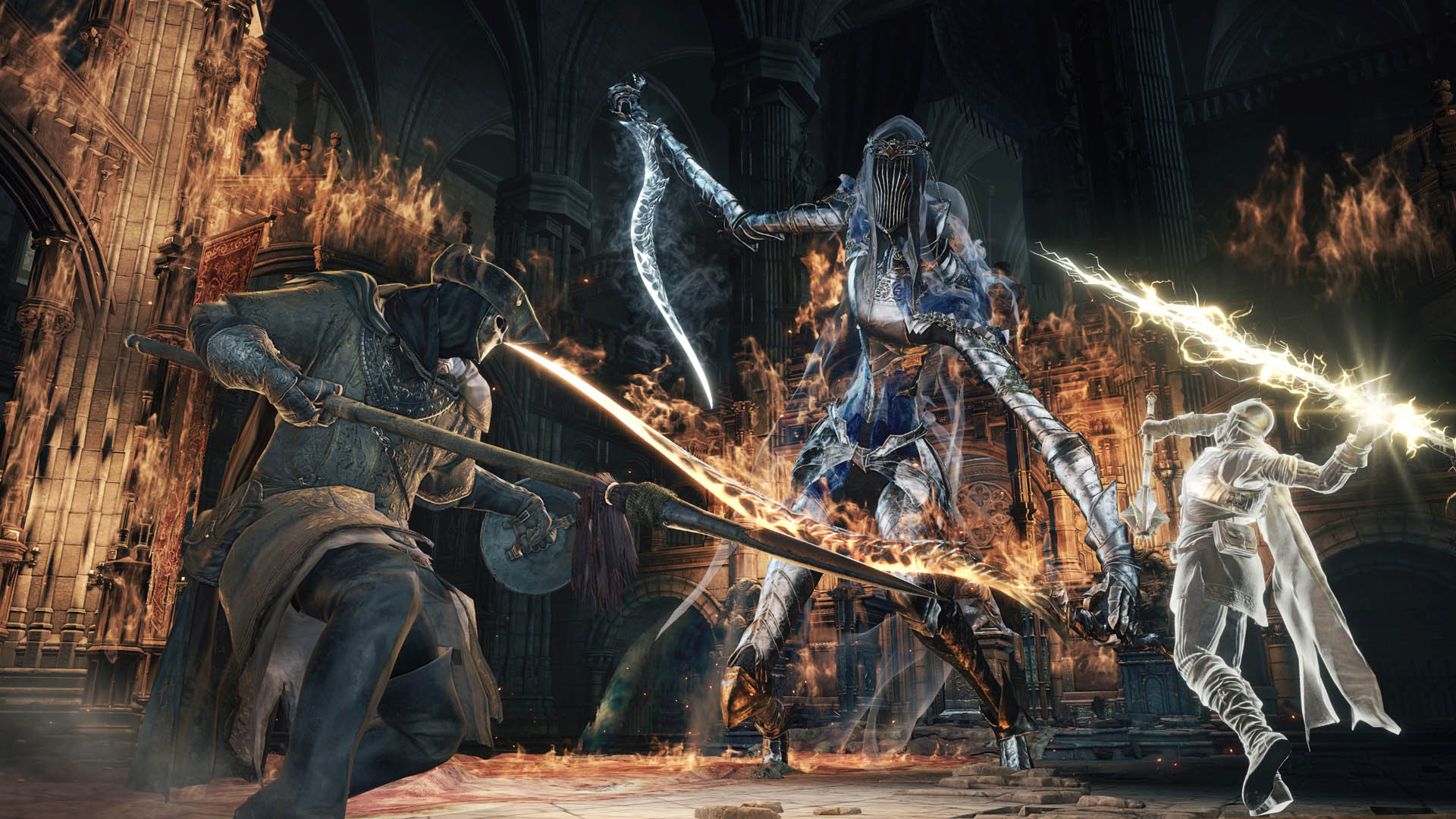 In moving through the standard areas Dark Souls III sticks to the tried-and-tested formula of normal enemies, mini-bosses and main bosses. Progression through the game is almost painfully prescriptive, with the exception of a few key areas. You’ll be going through normal enemies, unlocking shortcuts, defeating mini-bosses, exploring more, opening another shortcut and defeating the main area boss. Where the game breaks with the established formula is where I enjoyed it the most. There does exist a general feeling of linearity that encourages a push through the content and discourages exploration. Even so, I struggled to sometimes keep the entirety of a region in my head like I was able to in Dark Souls I or Bloodborne as the world is simply denser, due to both increased geometry count and topological design.

Bonfires were sometimes far too close together, and there were just far too many of them. There is even a couple of times where I could see the previous bonfire from the second. That said the world is more connected than Dark Souls II and there is a greater use of verticality in the spatial layout of the areas. You’ll be unlocking elevators, opening doors from a specific side and finding keys to gates just as before. 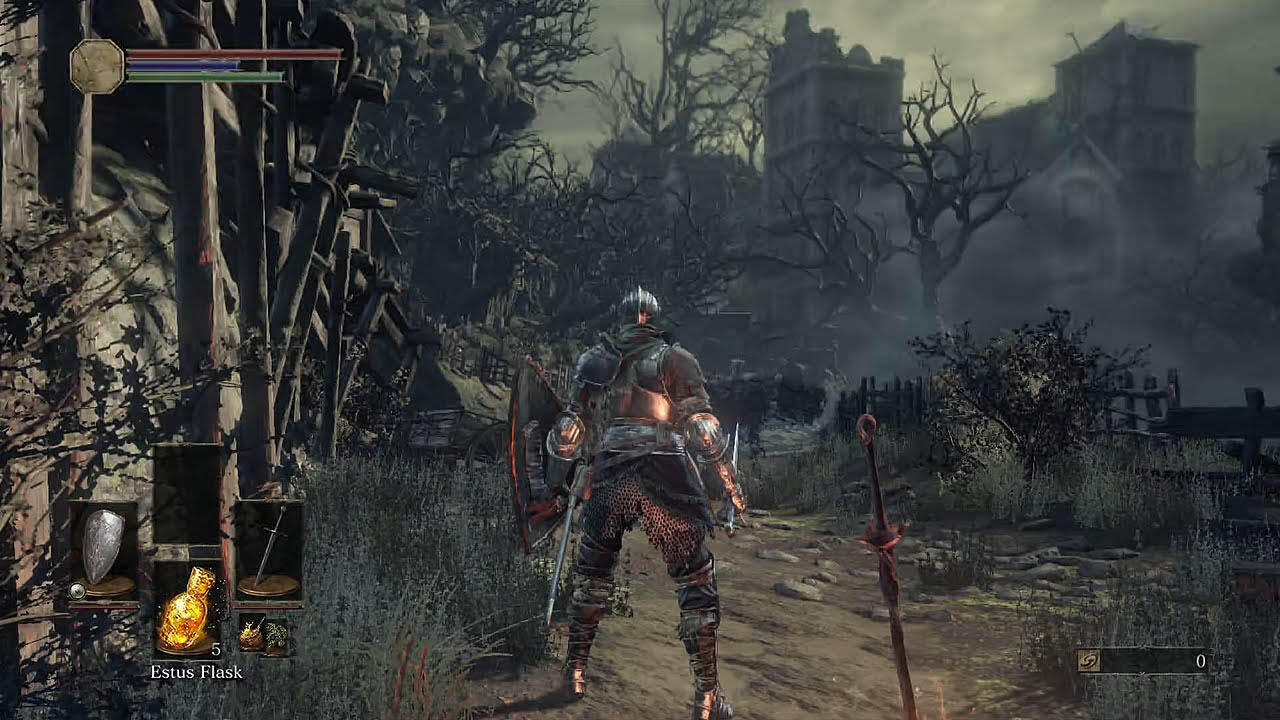 Firelink Shrine makes a welcome return in a form much more similar to Demon’s Souls’ the Nexus. Here you can upgrade gear, interact with NPCs and level up. The blacksmith now gives you the ability to choose your preferred balance of health and mana estus flasks, though more on that later.

Dark Souls III clearly benefits from the now current generation hardware. There are some spectacular vistas and the level of general environmental detail is far above that ever seen before, even in Bloodborne. There are a few awe-inspiring moments where the world opens up before you and genuinely takes your breath away.

The world feels lived in and real in a way that was clearly lacking in the empty stone rooms of Dark Souls II. There are innumerate details that make Lothric appear coherent and logical, signifying a return to the non-dialogue narrative of previous games. Environmental storytelling is evident throughout; where oddities occur, so very often does an illusory wall or other hidden trick. 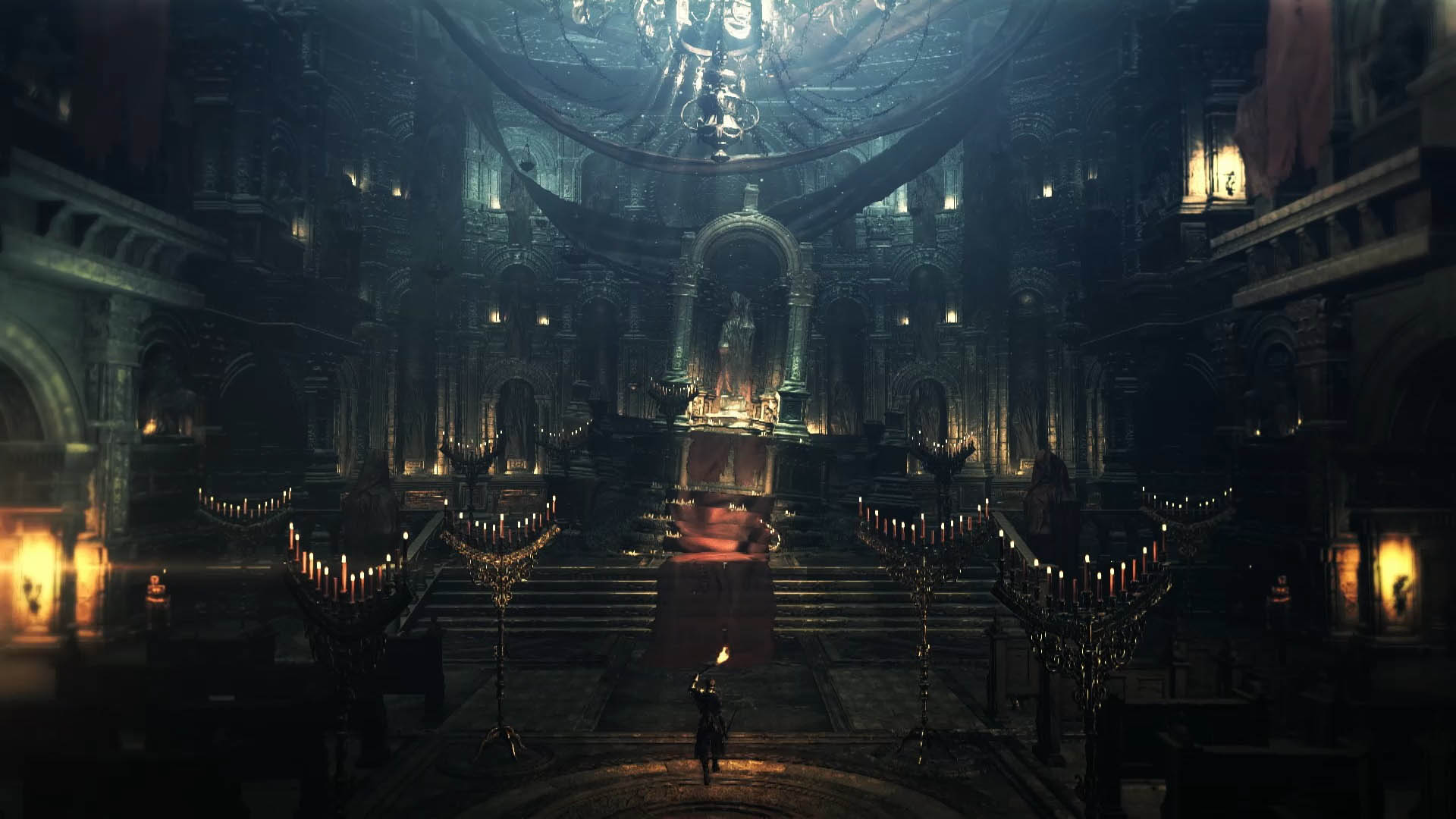 Nevertheless, the world of Dark Souls III is fulfilling in the observation of the realisation of Miyazaki’s vision rather than the wonderment of an originality of construction. There are too many clichés and borrowed ideas to truly be able to distinguish III from its predecessors. It becomes all a bit of a trope – the poisonous swamp, the castle battlements, the skeletons, the dragons. You get the feeling that this was the perfection of the idea that has been refined over and over since 2009’s Demon’s Souls rather than a wholly new creation.

And for those fresh to the series there will be much to delight. But for those more intimate with the inner workings of a Souls game I expect an overwhelming sense of familiarity.

The game’s narrative is, as always, defined by the obtuse ramblings gleaned from NPCs as you save them, support them, or eliminate them. But even in comparison to other Souls games I found the story to be shrouded in layers of meaning and unmeaning, so I look forward to seeing how the game’s community plumbs the depths of the infinite variations and sequences of events that lead to unexpected NPC interactions and story arcs. 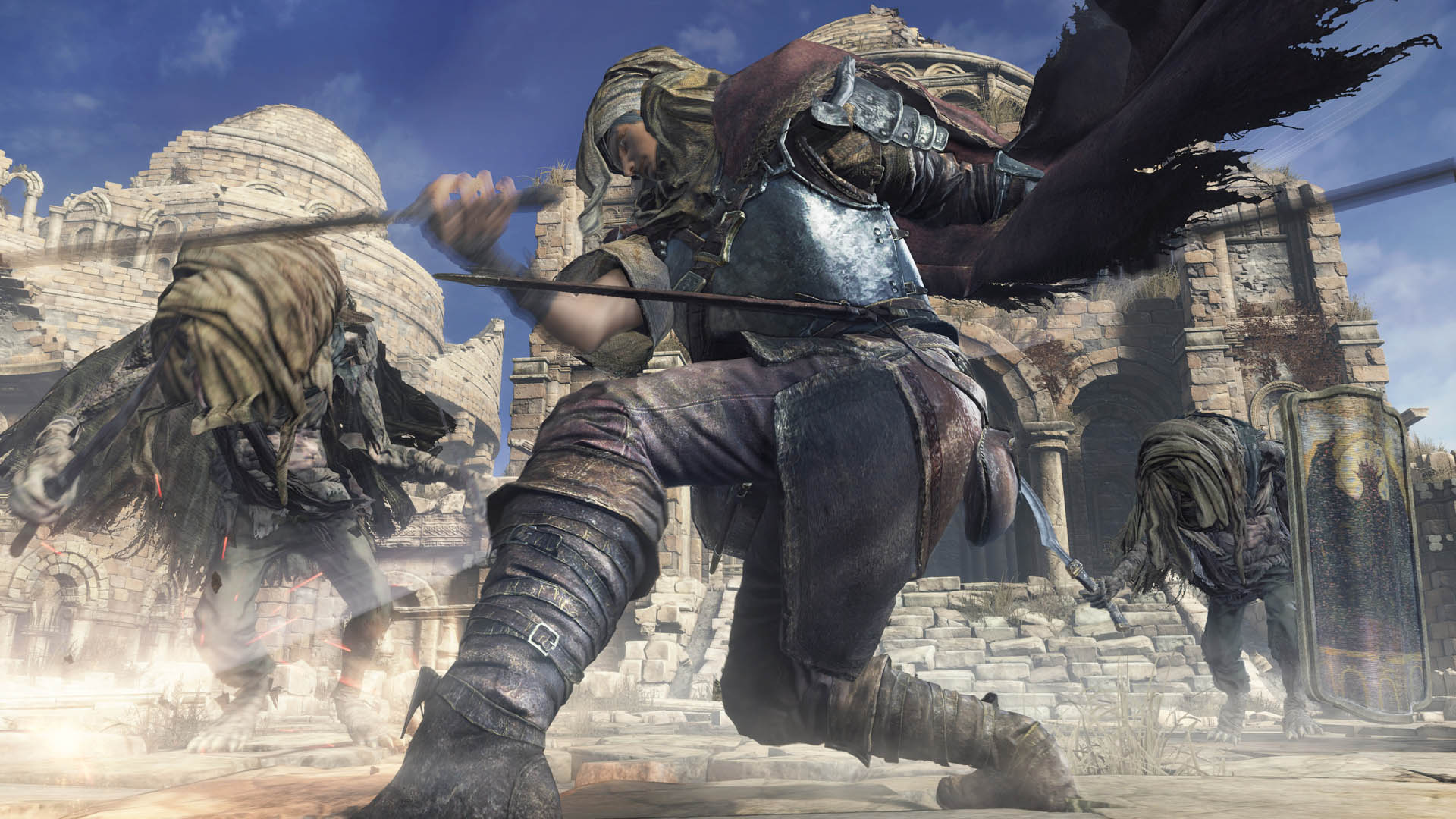 That said, it is clear from the beginning that the main task given to your chosen unkindled is to take on all the Lords of Cinder to claim their thrones – which are always looming over you in the Firelink Shrine – an ominous presence that reinforces your sense of purpose every time you visit the shrine to level up or purchase a new weapon. You slowly attempt to defeat each Lord of Cinder until… I’ll leave the spoilers there.

Combat is sped up and is now much more reminiscent of Bloodborne. Going back to the original Dark Souls feels positively antiquated, slow in an almost unbearable way. I welcome the faster pace, more like The Witcher than the slow turtling Souls games have been known for.

In the game’s opening area there is a foreboding sense of the world being wrong. Writhing snakes and other gruesome oddities transmogrify normal hollows when least expected. The world is not as it should be, not even for the world of Dark Souls. I was disappointed to see that unfortunately this sense of foreboding does not extend to most of the rest of the game. Bigger enemies bursting forth from smaller ones becomes trite pretty quickly, and the slaughter of these poor hollows soon become routine. Still, their design is constantly creative and it is good to see such variety instead of endless hordes of shining knights. 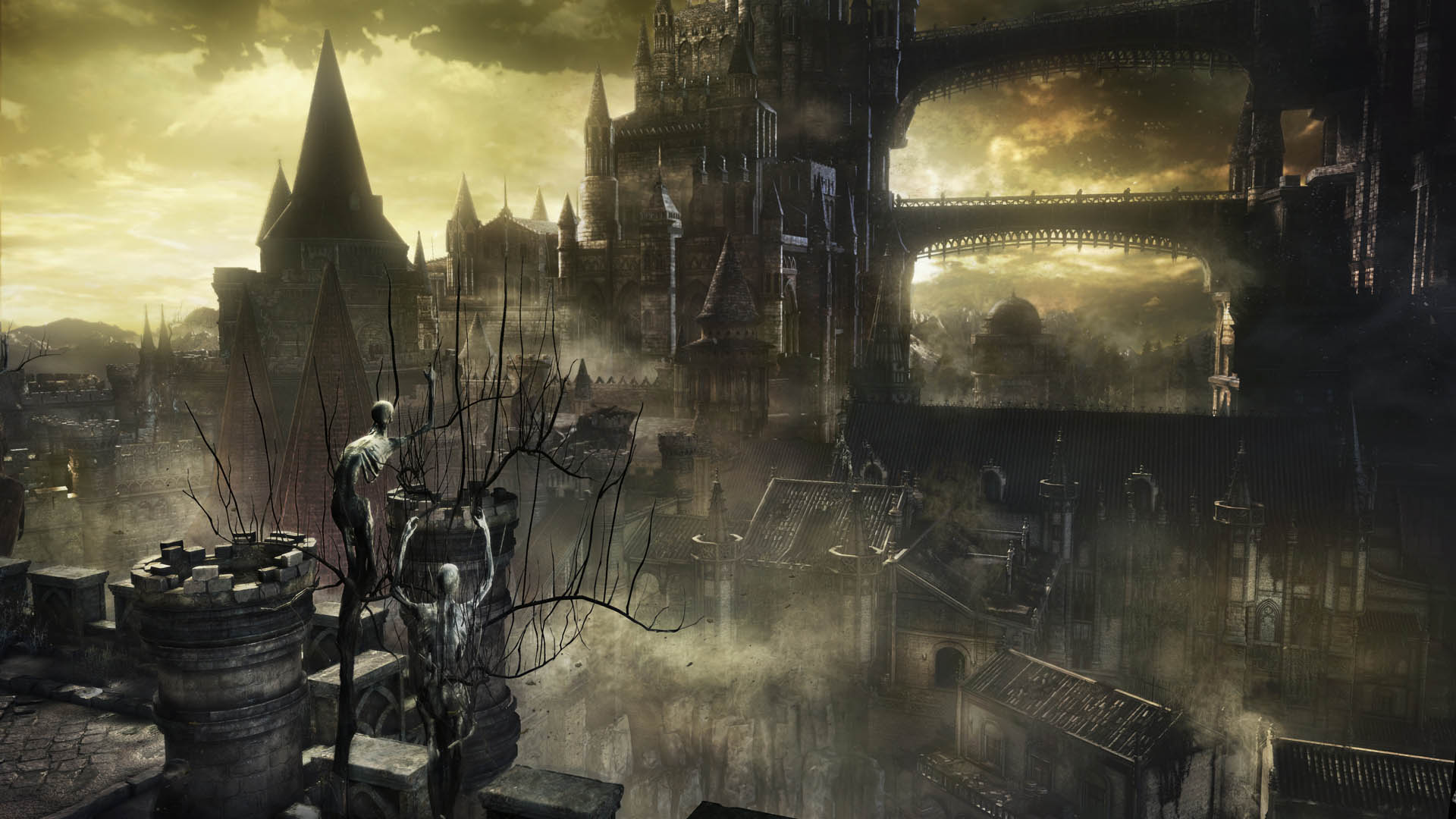 Bosses are creative in a way that was lacking in Dark Souls II. Fights are multi-stage and can change dramatically as they progress. The AI is much more intelligent and capable now, and dramatically reduces the opportunities to quick roll away and heal. The bosses were well placed and relevant to the areas they were in. While there were a couple of dud ones, the creativity in encounter design was a delight with which to engage.

Your weapons remain as essential in taking on these challenges as ever before. Each weapon now has access to what is referred to as “weapon arts,” a special attack or ability that is activated by, in two-handed mode, holding down, on a PS4, the R2 trigger. Some raise certain stats, some form a new and powerful movement and others for off-hand weapons such as shield carry passive abilities.

Using a weapon art uses up some of your FP (magic) meter, though playing a melee quality build this never really concerned me. While the weapon art attacks are animated beautifully and were occasionally useful, they felt like a gimmick tacked onto the existing combat mechanics. In boss fights especially, the subtleties of the new system was replaced with the urgencies of utilising well-honed muscle memory built up over the last four games – memory that was devoid of the new system and as such consequently ignored. 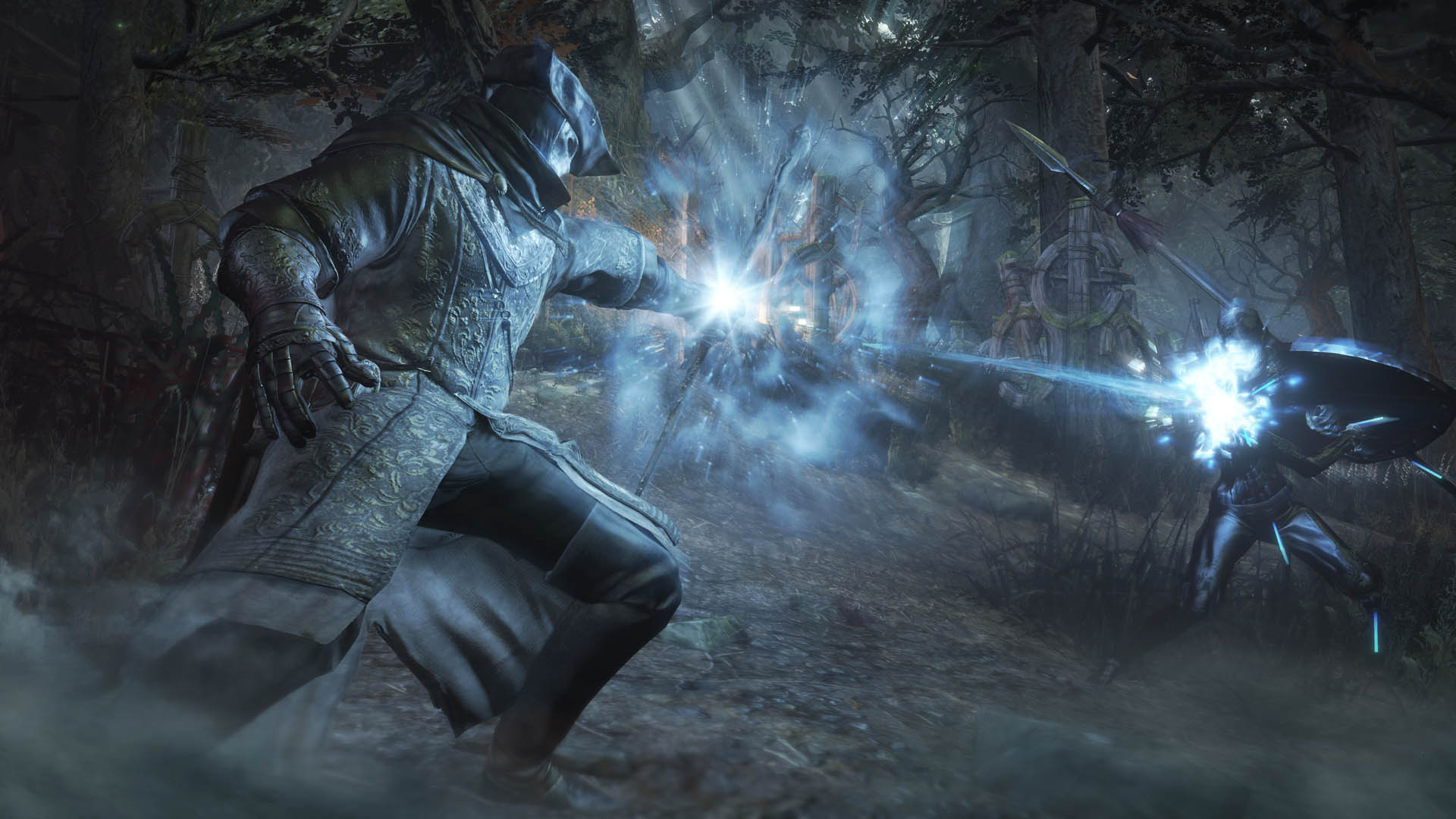 It is fundamentally necessary to move beyond the tired cliche of “it’s so hard, but in a good way” when describing the last, and most impressionable pillar of a Souls game. As I mentioned in my last media preview for Dark Souls III, knowledge, or rather the lack of knowledge, is the true ability to overcome in a Souls game. Difficulty then is, with the already huge amount of information available on the game, relatively self-selecting. Going into the game without any foreknowledge will give you the experience that the developers originally envisaged, but it can be substantially easier than that by watching let’s plays, reading guides and wiki entries.

That’s because in the end you are battling yourself, and your patience. And as ever before Dark Souls III brutally punishes impatience and egotism. Curiosity is rewarded however, though it always exists in tension with the knowledge surprises may be around the next corner. The power fantasy of the Souls games always teeters on the edge of failure, and this gives players the exhilarating rush the series is known for.

Unfortunately, there were quite a number of technical issues that plagued my time with the game. There were severe framerate drops, together with a sometimes awful amount of stuttering. Texture pop-in as experienced during my two previews with the game was still present and the whole game crashed when I summoned other players while online (fixed in an update). 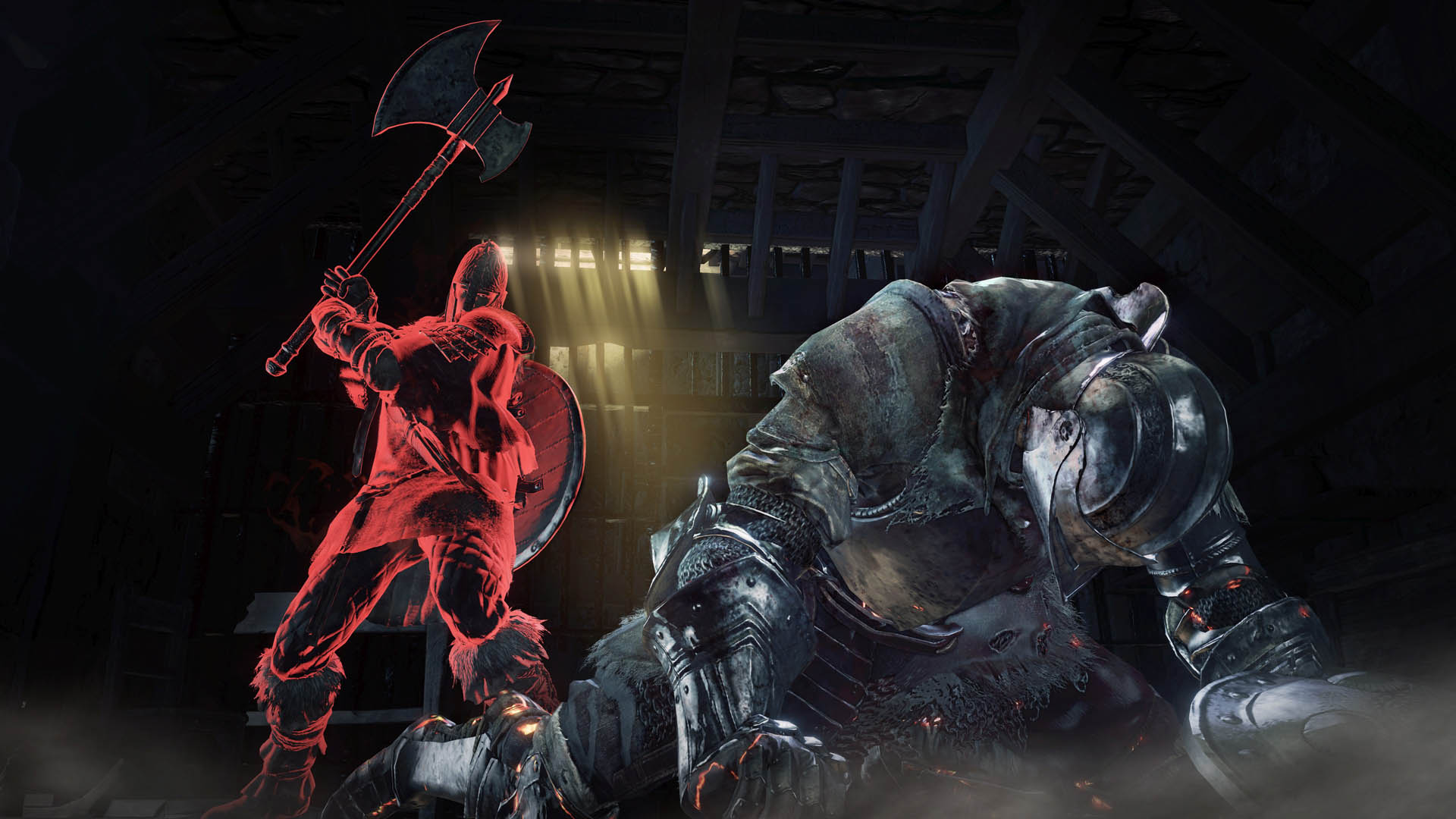 The PC version may address these issues as it has relatively low minimum requirements but I was unable to test that version. PS4 players who pick up this game at the start may face these issues until such as time as From Software addresses them. Given the game has already had two patches before its Western release I do have confidence that they will be addressed.

What is more unlikely to be addressed though is the camera, which is somehow still not as good as it should be this many game into the series. I had a hard time simply keeping up with what was happening while watching this game, mostly due to the unpredictability of where the camera would take you. Combined with the more aggressive enemies there were a few times where a death felt un-earnt and cheap.

In reviewing and rating Dark Souls III, I need to interrogate my own biases and recognise that I am a willing passenger on the hype-train that Bandai Namco and From Software have created.

Being overwhelmed by the availability of content that I have wanted may put blinders on to how the game as a whole is structured. Playing through blind, it is easy to become focused solely on the personal experience of the game, without particularly experiencing or understanding the entirety of the game’s offerings. So take my review in context with others. I cannot speak to how the game will hold up over time. 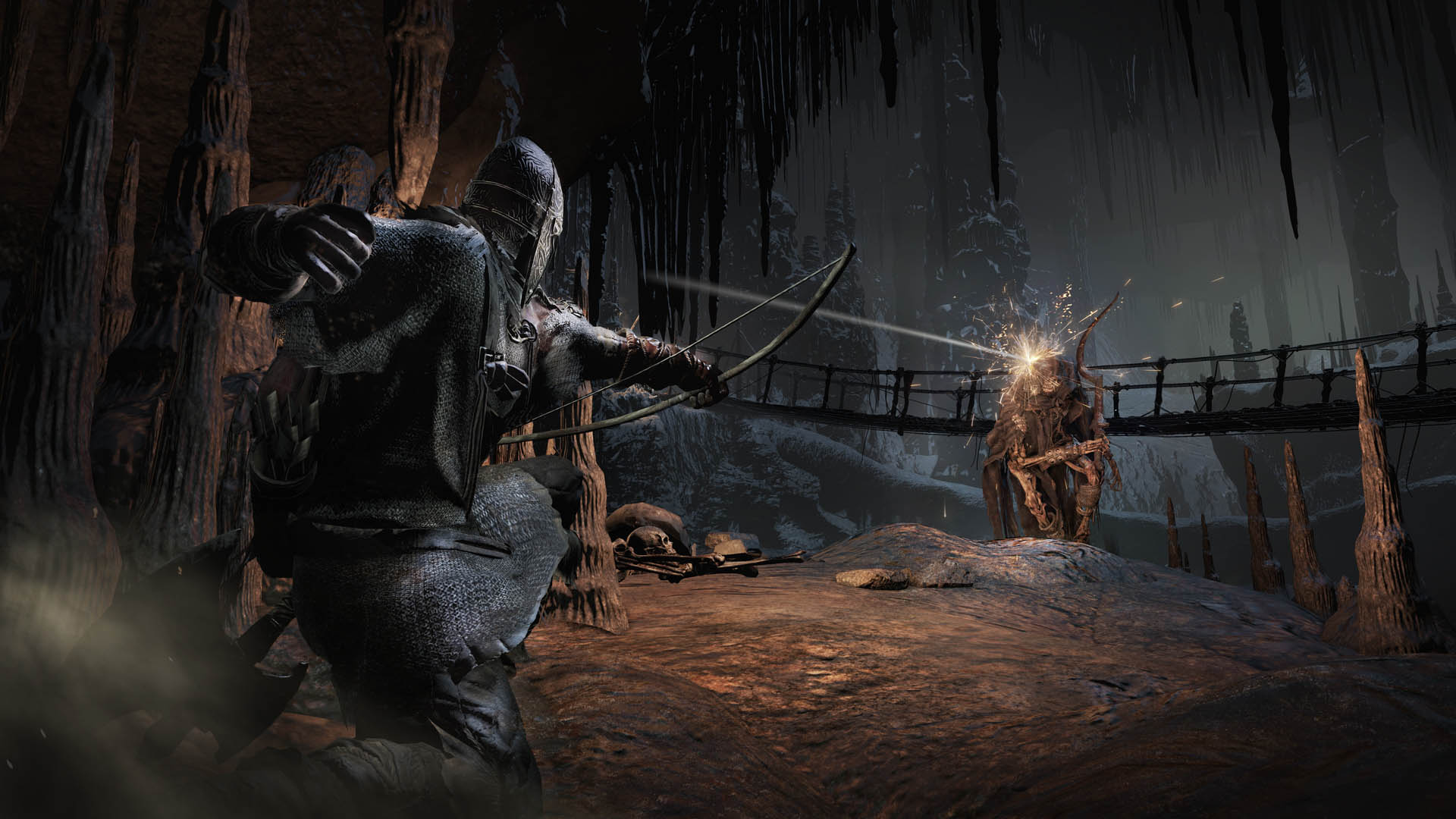 Dark Souls III is a thoroughly modern Dark Souls, the continuation and refinement of everything that has made the series great. It does what the best sequels do – build upon the successes of the past and sandpaper back the rough edges of the elements that needed improvement.

That said, I hope this is the last of the Dark Souls games. From Software have demonstrated they are amply able to experiment with variations in 2015’s Bloodborne, and it is my hope they continue to reach out past the standard fare knights and dragons. Otherwise the Souls series may face the same issues as many of Ubisoft’s games in repetition.

To veterans of the series, Dark Souls III was never going to give you that first-time experience – but nothing could. Because From Software has been relatively conservative with any changes there is much head knowledge that is transferred between their series. Instead of feeling like heirs of each other, the Souls series has begun to feel more like siblings to one another. Different, but clearly from the same genetic heritage.

So while Dark Souls III doesn’t provide the series with any clear or controversial differentiation, it does not need to. It remains a fantastic, rewarding, punishing and fulfilling journey through a wonderland of insane disturbances and delights.