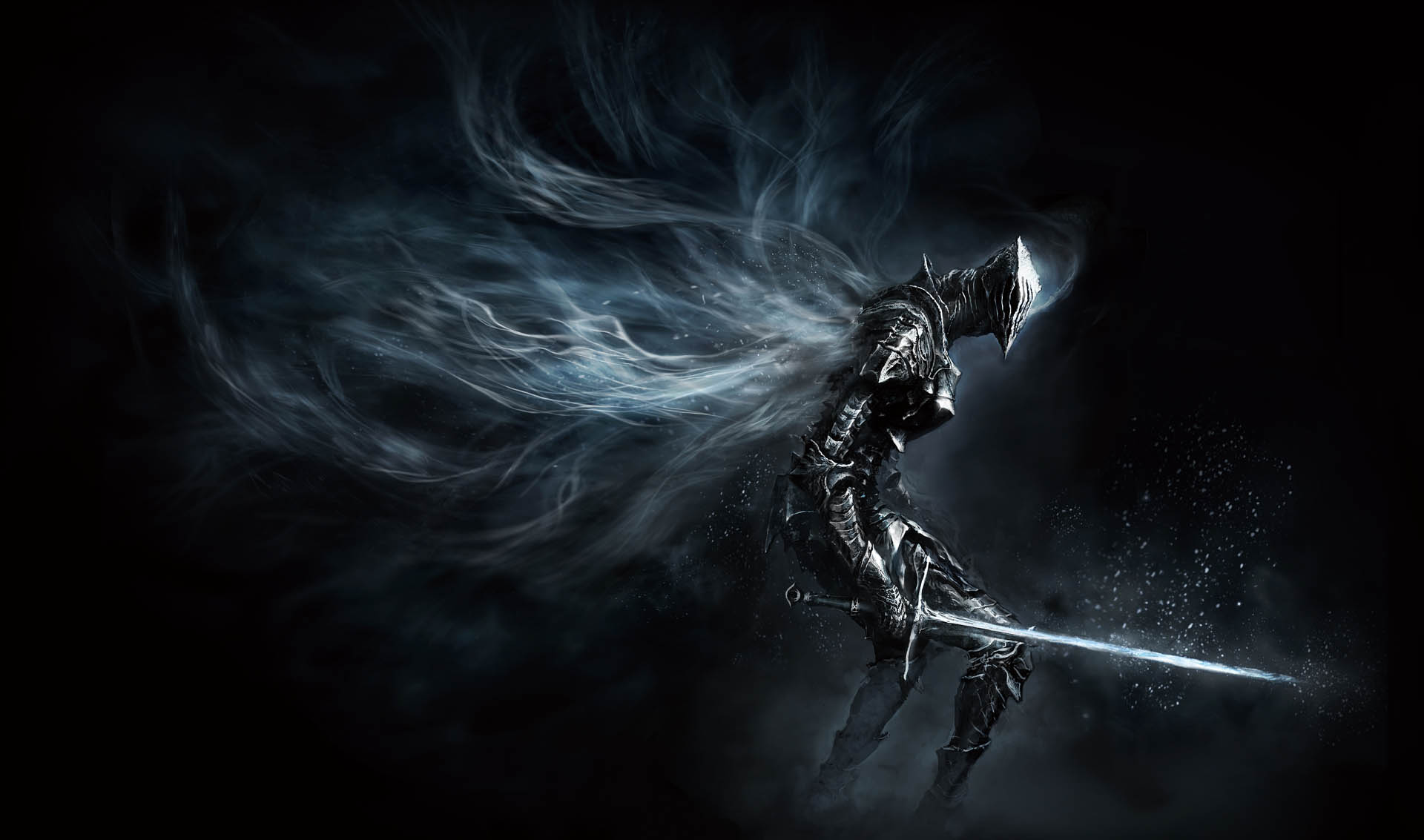 I turn and run. The knight before me is clearly my superior; the only chance for me to keep my life (and my souls) is to get out of there. As I turn and begin to run, the knight slashes me in the back and I fall over. I manage to get up again and at speed make my getaway, past the fire-breathing dragon I previously snuck by.

The knight follows partway but gives up, walking back head held high. “Hang on” I think. I move forward, the dragon notices me and spits out fire all over the disentangled walls of the castle. The knight is caught in the wall of fire, and I run by his now-ragdoll corpse, ebullient and ready for the next encounter. 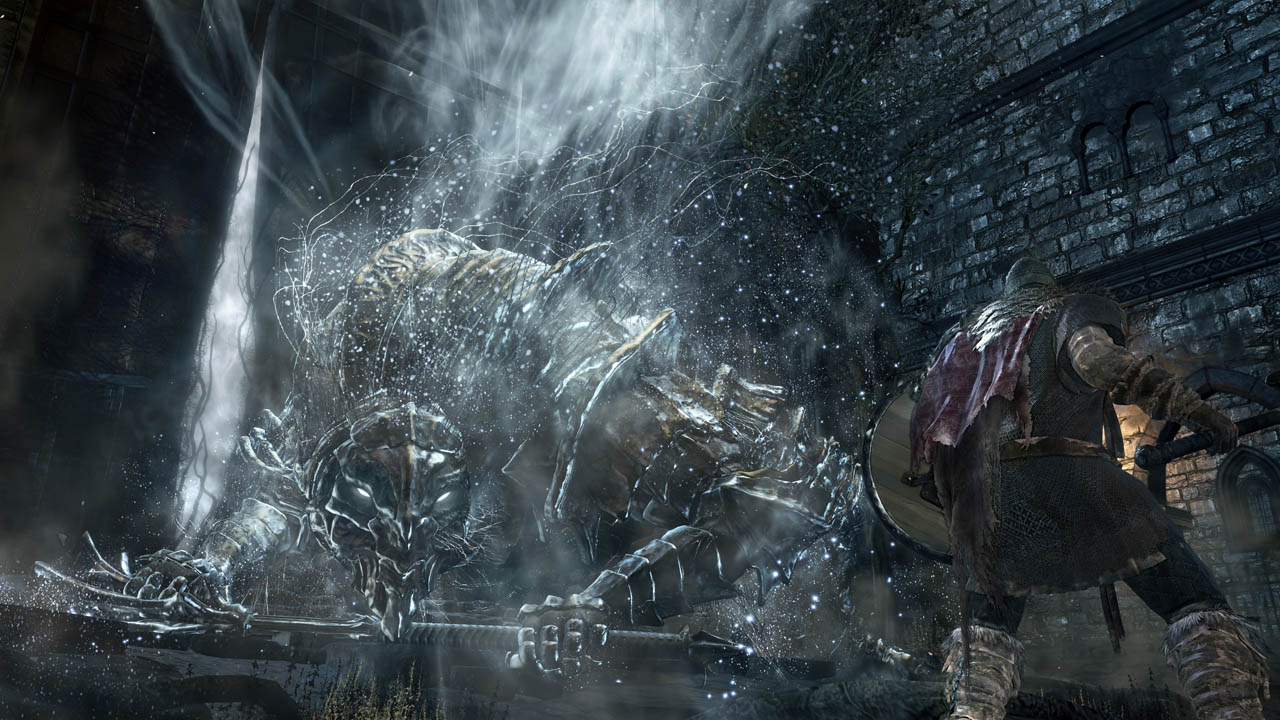 I might have found the first cheese in Dark Souls III. At Bandai Namco’s invite I sat down to play a preview of Dark Souls III, the next entry in Hidetaka Miyazaki’s cult series. The preview, run on PCs with Xbox 360 controllers, provided a sneak peek into the fifth game (including 2015 side project Bloodborne) in the Souls series.

Everything you know and love from the series is back, from Estus Flasks to the sounds that greet you upon your inevitable death. You rest at bonfires, which you light, to refill your flasks and reset the enemies around you. Unfortunately an inventory or level up screen was not available for this preview, so whether these stay the same or not it’s impossible to tell. Given these strong similarities to the previous Souls games, can Dark Souls III prevent the series from feeling stale? 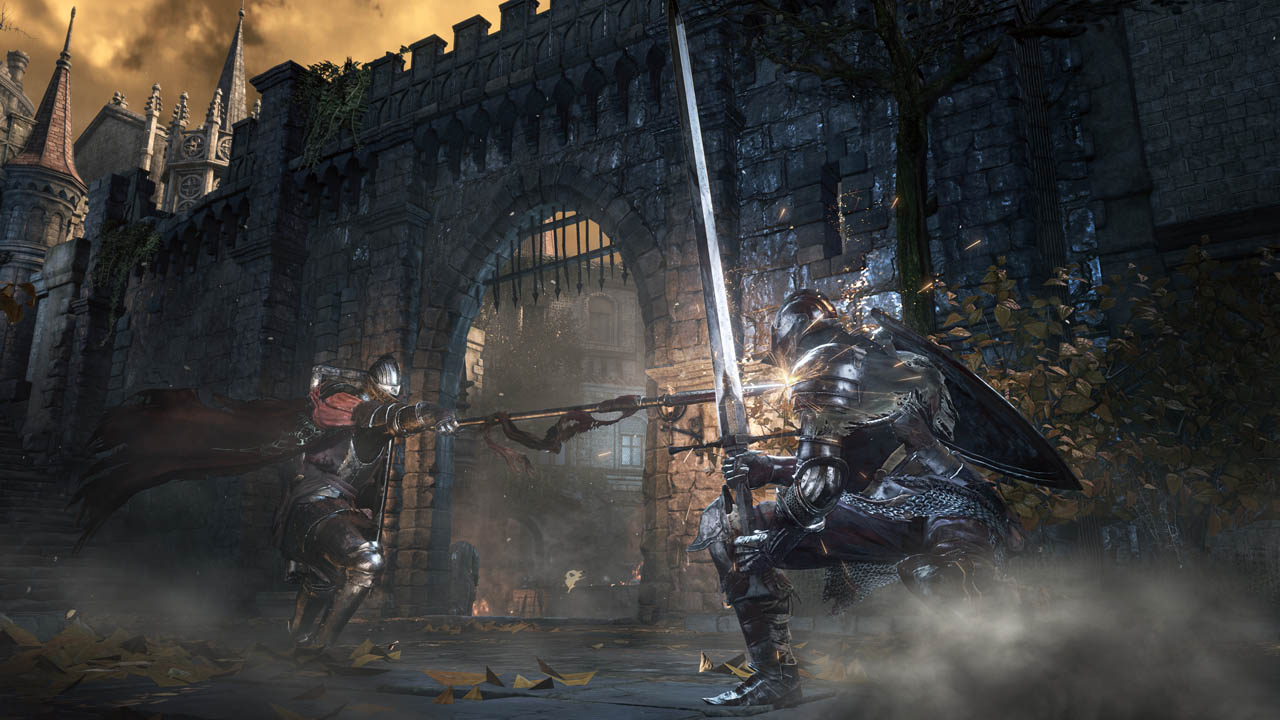 To ease our minds Miyazaki has introduced a number of changes to the way the gameplay is handled.

The strong influence of Bloodborne was evident throughout this previous section, that although set in a castle, was extremely reminiscent of the streets of Yharnam. Sinister and mournful statues surrounded the walkways and cavernous interiors of the castle, and tame worshippers bowed down before them.

On the other hand, the same decaying grey streets and mysterious castle trope is starting to wear a bit thin. Nevertheless, this is where Dark Souls III first tricked me. A grey wraith floated before me, and I made the mistake of paying it no mind. Suddenly, it rose up before me, screeched and rang its bell. Those around it, formerly in fetal positions on the ground rose up and attacked. Surrounded, I beat another hasty retreat to pick them off one by one. On another run through the same area, killing that same wraith left the corpses still and vulnerable to attack or to simply ignore. 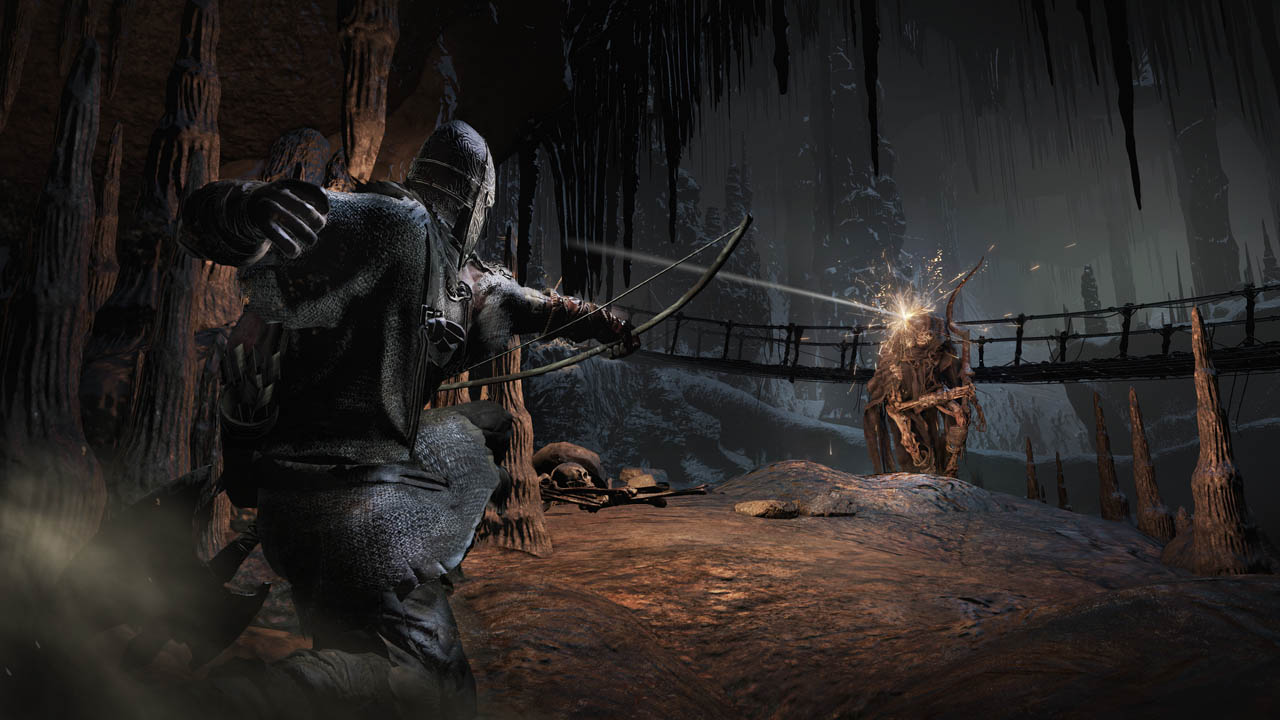 Such is the process of discovery in Dark Souls. A slow, methodical understanding of what comes before you and what is behind. Dark Souls III attempts to change up that formula, with enemies that climb over barriers behind you and multi-level approaches to keep you on your toes.

It also introduces the weapons arts system, whereby special moves are opened up to you when you hold the left trigger button. A pair of dual-wielded scimitars I found looked like they suited the weapons arts system particularly well, though with my limited time I was not particularly adept at going without a shield in a game that still seems best suited to this style.

That said the combat is now much faster than in previous Dark Souls games, though it never quite reaches Bloodborne’s level of speed. It’s clear that Bloodborne pointed the direction forward for the series, and from my short time with Dark Souls III plenty of inspiration and direction has been shared with the PS4 exclusive. 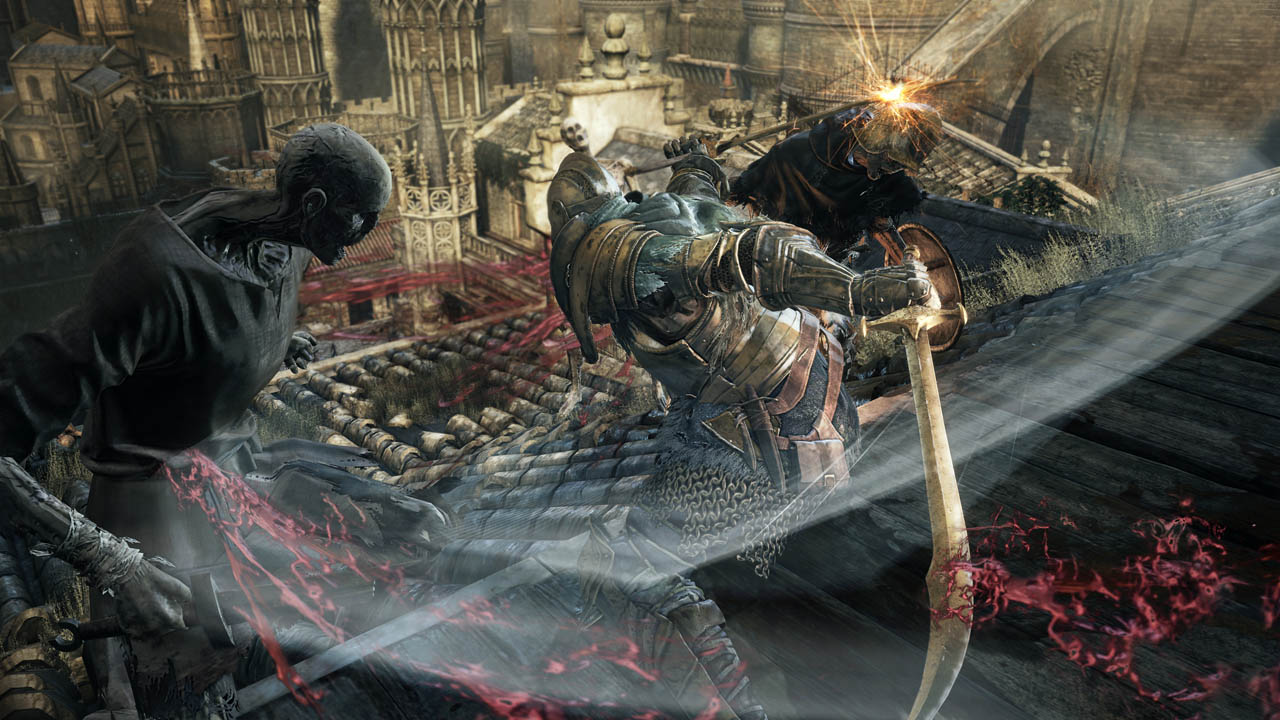 My time with Dark Souls III left me wanting more. The game has managed to recreate that sense of exploration, deep combat and grandeur the series has known for, and I can’t wait to get my hands on the full title later on.