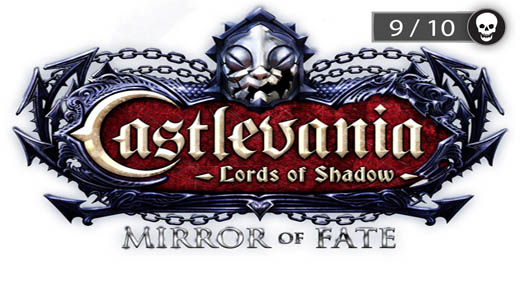 One of the most played games in my library would be Castlevania Lords of Shadows, which released without alot of fanfare in 2010, but solidified what makes excellent gameplay.

It was both pleasing to the eye, longer in gameplay than anything I had played before on the current generation and totally immersive.

Thirty plus hours later, I finished it, only to pick it back up again later to give it another go.

So, I was extremely excited and a little skeptical when I was informed that the Mirror of Fate was releasing exclusively on the 3DS.

Placing any inhibitions aside, I HAD to play it. And play it I did. 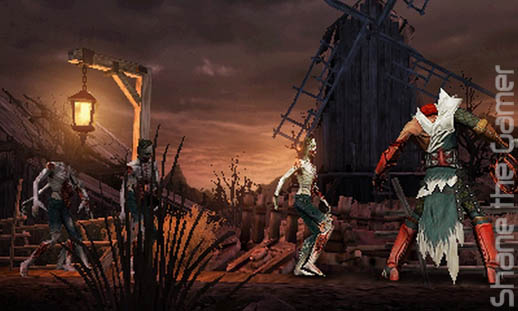 Set 25 years after the events of Lords of Shadow and with twenty something hours of playing time ahead of you, you take on the role of Gabriel’s son, Trevor Belmont (Gabriel was the protagonist of previous Castlevania’s) and Trevor’s son; Simon as the adventure into the realm of the undead and beyond pulls in a third generation of Belmonts and, yes you get to play as all three at select points of the game.

There is even a Prologue Level, where you take on Gabriel in a reflection back to who he was before he became Dracula. 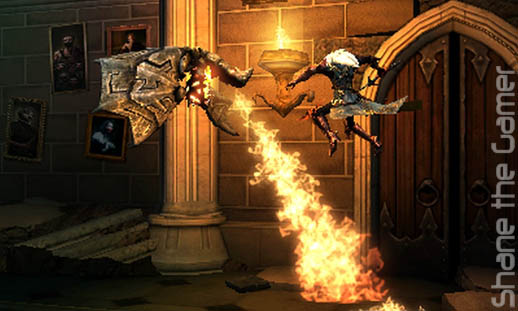 Equally, they both prepare to enact vengeance for the death of Trevor’s mother as Gabriel returns as the ultimate vampire; Dracula, a condition he was cursed with at the end of Lords of Shadow.

Gabriel has no knowledge of having a son, as his wife Marie was advised by an elder; Pan to keep it a secret. When Marie was killed, the Brotherhood took on the responsibility of raising Trevor.

As Gabriel begins to destroy the Brotherhood, a faction that he himself was a part of once and Trevor is a part of, it’s a movie-esque storyline of son faces off with his father.

In glasses free 3D gameplay is side scroll 2D. Following the usuals of this type – walking along, hack and slash then climb up onto higher ledges. 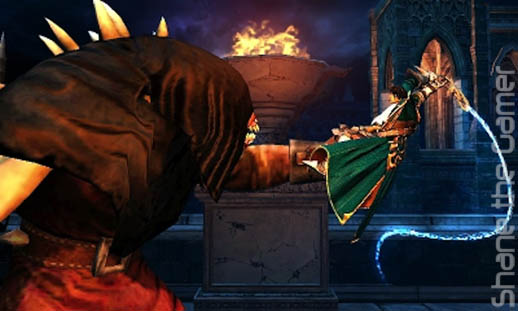 You can smash an opponent into the air, then jump up and bash them to the ground, a combat move that’s not particularly new, aswell as grappling an enemy using the L and R buttons, and, there are some epic Boss fights to be had.

Your weapons are very, very reminiscent of the latter Lords of Shadow, a chain whip, the Holy Cross and daggers and more. 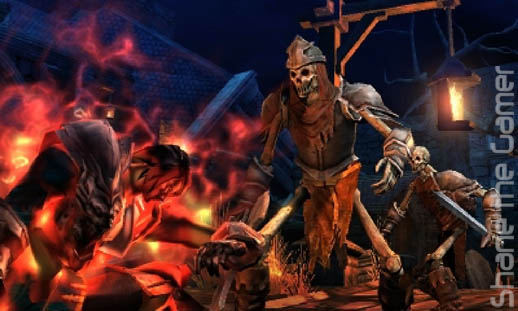 Added into this new chapter is a Stopwatch fused with Vampire Plasma enables the temporary slowdown of time, a Bat Projectile (used by what seems to be a bonus character thrown in from previous games; Alucard) gives you the ability to control any Bats within your vicinity to do your bidding. Oil Flasks are handy when overwhelmed as the act like an explosively fiery bomb and a throweing Axe is, well exactly that. Also added is Electric Bombs and a Boomerang, a projectile that never needs replenishing as it comes back to you. 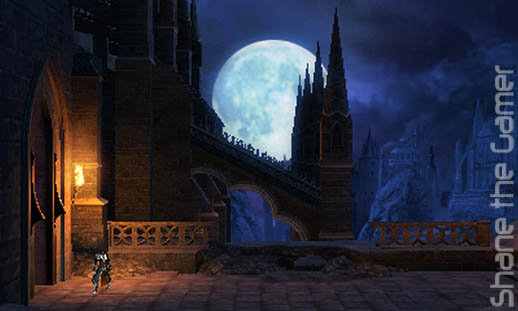 Skills are upgradeable, aswell as weapons, to a point. The game will notify you once you have Levelled up enough to undertake the necessary upgrades.

As is seen in Lords of Shadow you also have magic capabilities. These can be used in conjunction with items that you will acquire after completing a task. Taking out the Necromancer (a Boss) earns you the Combat Cross, both item and skill, as an example.

Gameplay is surprisingly engrossing as you partake within the three portions of the entire game and its story. It’s also here that I’ll note, each of the characters is assigned to the specific segments. 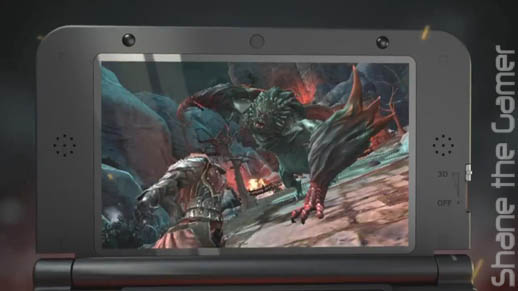 I think it also shows of some of the graphical capabilities (in some of the areas) of the 3DS that until now have been largely left un-explored.

If you have invested in a 3DS, then this is one title you need to own and very good gap filler while we await the release of Castlevania: Lords of Shadow 2 on console.