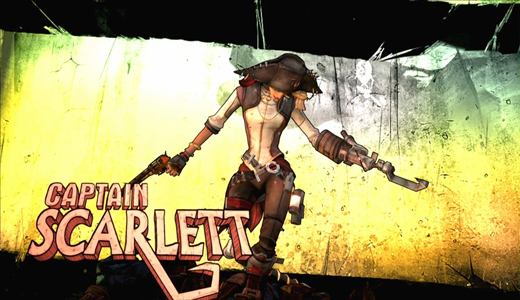 2K Games and Gearbox Software has just announced that the first add-on content campaign for Borderlands 2; Captain Scarlett and her Pirate’s Booty, is available for download in Australia and New Zealand.

In Captain Scarlett and her Pirate’s Booty, up to four players can cooperatively enter the hostile sand dunes and wastelands of Pirate Bay in search of ancient treasures. The add-on content campaign features new characters, including the eccentric and eager Shade; locations such as the town of Oasis; enemies including the Sand Pirates and Anchormen; and special weapons and loot. No trip to Pandora is complete without a stop in Pirate Bay. 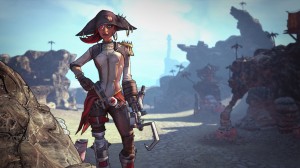 Captain Scarlett and the Pirate’s Booty is the first of four add-on content campaigns for Borderlands 2.

These four add-on content campaigns will be available individually or as a combined purchase of the Borderlands 2 Season Pass. 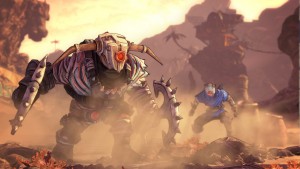 now is a fifth playable character class, Gaige, the Mechromancer.

This mechanically menacing teenager summons a giant robot she named Deathtrap that, through various devastating ranged and melee attacks, helps Gaige and her fellow vault hunters clear the battlefield of enemies. The Mechromancer character class is a separate piece of downloadable content and is free to all customers who pre-ordered Borderlands 2 at participating Premiere Club retailers and is available to anyone else at cost.

Those who do purchase the Mechromancer will also be rewarded with other Premiere Club bonuses including a free Golden Key and Lucky’s Relic. 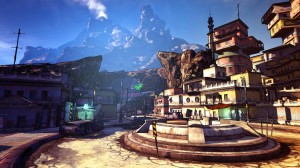 “We’re so excited at how the Borderlands 2 experience continues to grow with Captain Scarlett and her Pirate’s Booty and the fifth playable character class, the Mechromancer,” said Christoph Hartmann, president of 2K. “With hours of new story-driven content to play through and an entirely new character to play as, gamers are getting a lot of additional value. The really exciting part is that we’re just getting started.”

“The love we’ve felt for Borderlands 2 is driving us wild and ever since we completed development of the main game, we have been fired up about creating great, new content to expand the experience,” said Randy Pitchford, President of Gearbox Software. “I am thrilled to announce the release of Borderlands 2’s first additional player character, Gaige the Mechromancer, delivered ahead of schedule. I’m also incredibly excited about Captain Scarlett and her Pirates’ Booty, which is an all-new grand adventure for Borderlands 2 and the first of a four-part season full of big, original campaign expansions.”

Check out our Borderlands 2 review HERE