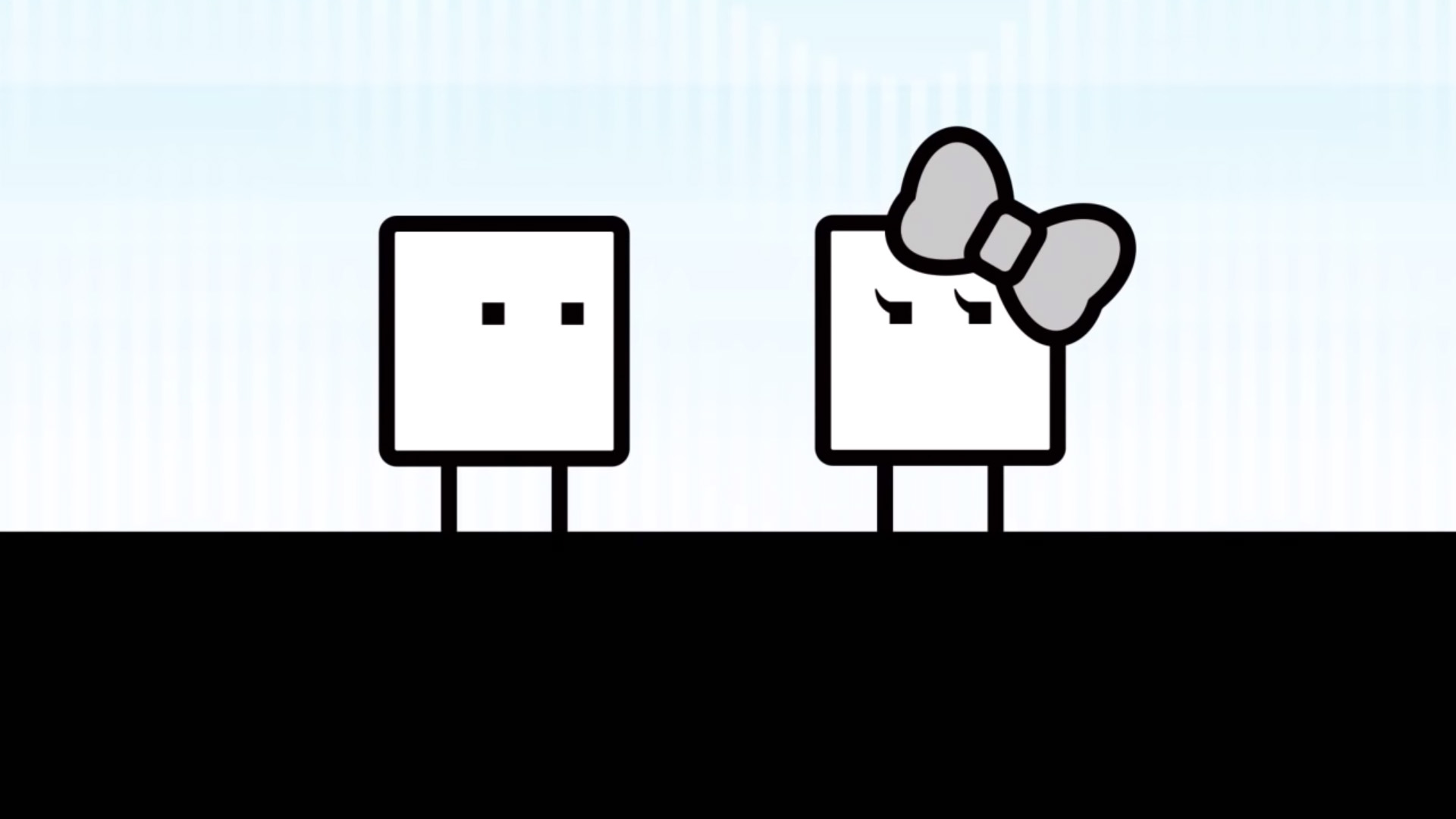 When I first booted up Bye-Bye BOXBOY! In 2017 I was shocked at how wonderful this little puzzler was. Despite it being the third game in a trilogy, the game was welcoming to a newbie thanks to its lack of story, and delightfully crafted learning curve. Now in 2019 the Switch has brought on its own BOXBOY! in BOXBOY! + BOXGIRL! and spoiler for the rest of this review, it’s as delightful as ever.

Writers Note: Despite the game being spelt with capitals, for the rest of this review I will be using the spelling of BOXBOY as Boxboy and BOXGIRL as Boxgirl. This is for my sanity as a writer, and yours as a reader.

Boxboy! + Boxgirl! is a simple puzzle game in every sense of the word. You move a box that has eyes and legs through a 2D puzzle. Boxboy has the powers of creating boxes from his body which is your one tool to beat the puzzles. Each level sets a limit to the number of boxes that can be created at once, and you make them from Boxboy in any pattern that suits. Boxboy can then drop the pattern and push it into place or throw it into a place so he can climb or get across holes / threats. 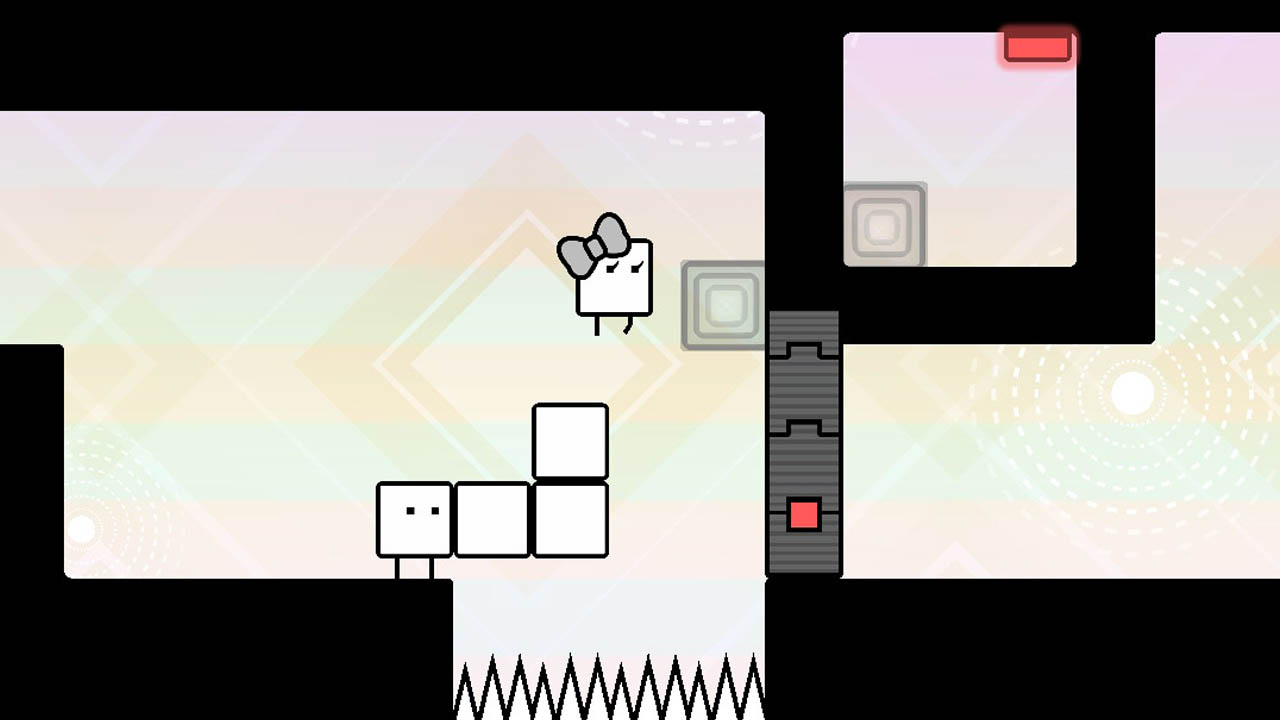 Every eight Levels are grouped into a world, which involves a new ability or puzzle element. Abilities include being able to push boxes away at speed, to being able to create a path using your boxes for Boxboy to snake through. Puzzle elements include new threats such as lasers, to springs and boxes with drills that move across the screen. None of these are overly daunting as the game introduces them at a comfortable steady pace, which add to the chill and satisfying nature of the game.

Puzzles start off easy and never gets that hard, but thanks to the games generous hint system, you can get out of a jam. Every hint shows a flash image of Boxboy’s box formation that completes the puzzle, and each cost you a medal which are handed out en masse. The medals can be used to unlock costumes, music and weird little comics, but you won’t run out of them easily so you can spend on both comfortably. I used hints a few times, and every time it seemed so obvious that I would have got there eventually. 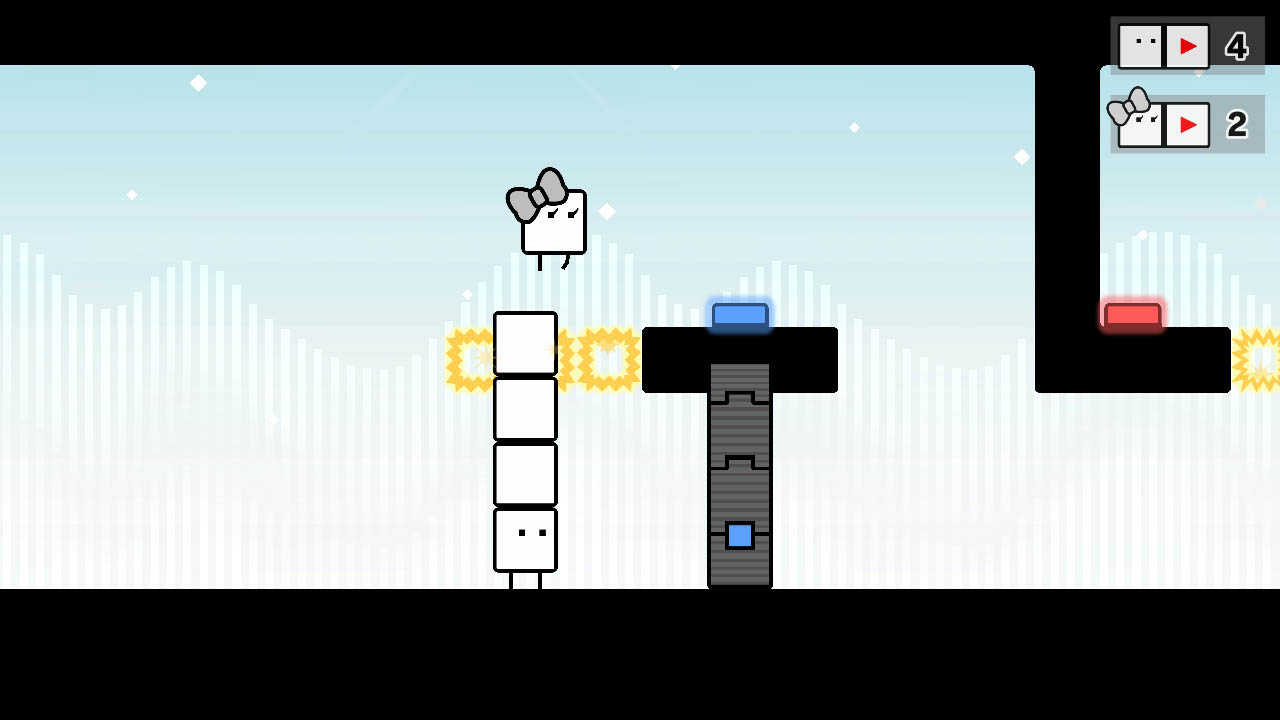 The medals are given out at the end of the level for each crown collected that is usually in an uncomfortable to reach place, or for finishing using few enough boxes. Some levels you get both comfortably, others may take a long time if my failures are anything to go by. Because levels are super short and the gameplay is fun, it’s easy to replay until completion for freakish amounts of time.

Like Boxboys of days past there is little to no story. Boxboy makes his way through some simple levels before joining Boxgirl and some small Box characters, which may be their kids, or their siblings, but that’s not important. Some black circles fall from the sky separating them, and so you need to beat the levels. The story isn’t important, but they do provide opportunities for the simple animations to add a little personality to the simply designed boxes which is surprisingly effective. 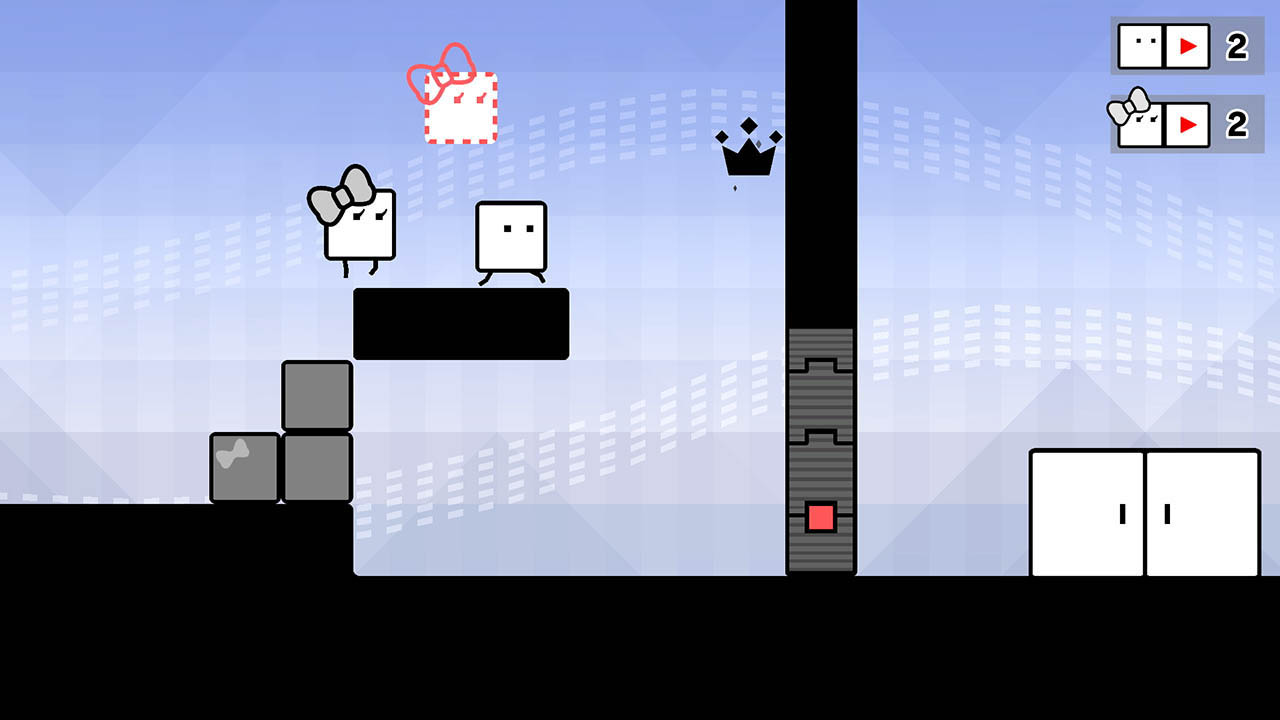 Most of Boxboy + Boxgirl is a continuation of what Boxboy has done in the past, but the new major addition is two player mode. This has a bunch of new puzzles designed for two Boxpeople and they are as excellent as the single player mode. This can be played with one person controlling both Boxpeople. but it is best with another person, and thanks to its slow but fun introductions, even non-gamers can help you through these levels.

Boxboy + Boxgirl is another excellent entry in an excellent puzzle series for Nintendo. Its simplicity doesn’t detract from its cleverly designed puzzles and make for a relaxing time for all. Even the simplistic art design fits that mantra of not being complicated, yet so darn fantastic.