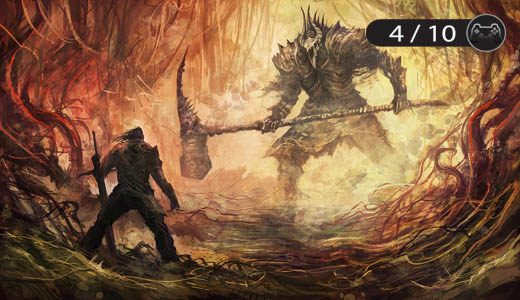 The game that was almost amazing. Bound by Flame is the new RPG by Spiders Studios and feels like one thorough leap from being a showstopper. Providing a fresh take on a stale genre it is held back by poor game mechanics and sloppy execution of the game’s otherwise impressive story.

The game follows a familiar tale of a fantastical land being ravaged by an undead horde directed by immortal wizards and a resistance led by a naive hero in waiting.

However the Evil Ice lords have already won and humanity resides in rag-tag pockets of resistance. This unique twist provides the game with engrossing plot that draws the player through what otherwise could easily become a repetitive grind. It suffers from numerous dialogue continuity issues where dialogue trees based on a certain revelation are accessible before the relevant part of the plot is actually revealed. 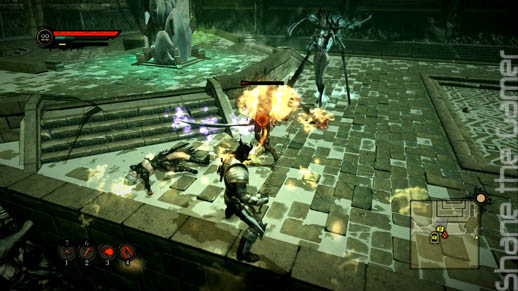 Early on in the story the protagonist, Vulcan, becomes the permanent residence of a ‘fire demon’.

The demon gives Vulcan increasing power to destroy the invading Ice Lords at the expense of his humanity.

This choice is presented to the player before each boss fight as the demon reminds the player how much more power they could have if they just bonded a little bit more with him. Besides being a thinly veiled moral decision between good and evil these choices are hilariously one sided as who is not going to want more awesome fire powers and article effects at the expense of growing demon horns (a la the Fable series.) 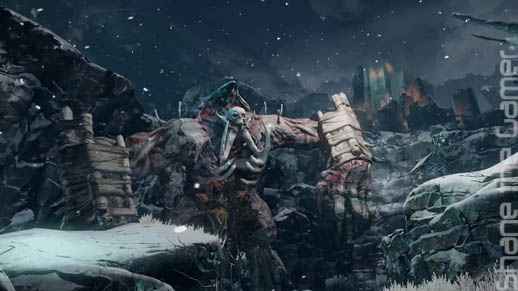 The only negative mechanic of allowing the demon more access to your soul is a slight increase to damage done by mini-boss and boss enemies, however with most basic enemies being able to kill you in 3-4 hits an extra few percentage points here or there will barely register.

Which brings us to the polarising combat system.

While the demon inside the player gives them the strength to kill great enemies, it does not provide them with rapid healing or great fortitude. In fact, as the player levels up, their damage scales well with enemies durability but enemies damage scales up as well whilst the players low durability remains constant or decreases. 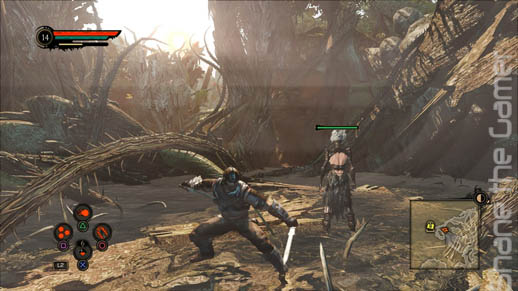 This isn’t as imbalanced as it may seem, instead focusing on the dynamic combat mechanics. The protagonist has access to three ability trees, with magic (pyromancy) being available whilst playing in either Warrior or Ranger modes.

Warrior mode equips the player with a massive double-handed sword and the ability to block attacks from all directions (handy against the increasingly large groups of minions the game throws at you). 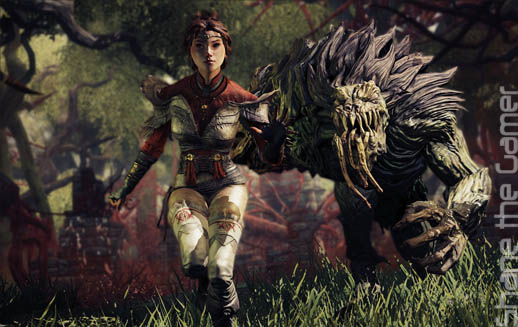 If the block is timed perfectly just before the enemy lands their blow, the ability to counterattack becomes available, transforming the hack and slash stereotype into the intricate dance of blades that I always dreamed of while reading Tolkien as a child.

Ranger mode focuses on mobility, able to dart into and out of combat at a whim as well as perform sneak attacks. The ability to dodge anything, alongside ripostes if the dodge is timed correctly, is the only feasible way to deal boss fights in the game that seem to have abilities specifically designed to circumvent the Warrior’s block. 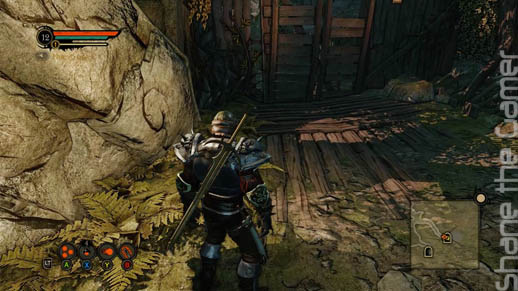 Whilst the combat system is delightful in its ingenuity, there is little room for it to evolve as the player progresses. The techniques you develop in the tutorial will be exactly the ones you use against the final fights, only the fights will go on MUCH longer.

While the crafting system seems to provide avenues to overcome these issues, it never manages to make much more than a cosmetic difference. 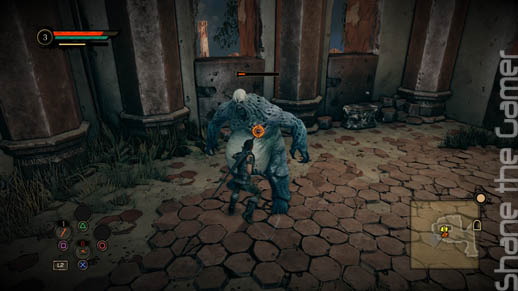 For a game with a plethora of lore, driving a strong plot, the longevity of the game leaves a bit to be desired. 11-14 hours of play, depending on difficulty setting, leaves the player feeling short-changed.

A lot of content seems to have been scrapped (you only see one of the seven named enemy Ice Lords) and what content there is seems to get recycled in order to artificially extend the play time, such as the Ice Lord having five identical concubines, because why not. 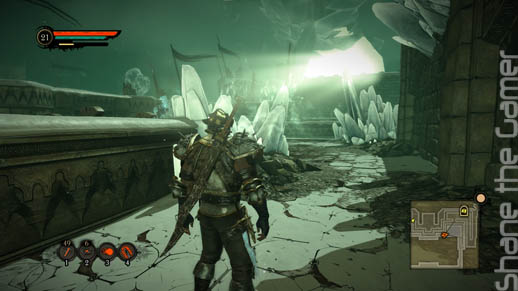 The world crafting is truly the standout feature of this game.

The desperation of the characters in this broken world defines much of their interactions.

The coarse language displayed by the mercenaries, to the bluntness and lack of deception between characters at polar opposites of the morality spectrum. Only two types of people remain in this broken world, those that deal with the immense danger with dry banter and witticisms (the main characters) and those that cope by ignoring it (minor NPCs).

The jokes get stale and the characters are shallow but they just fit. 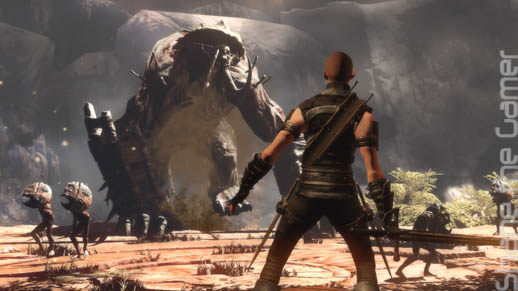 In a world where the choice is to laugh or cry, who cares if the joke is lame.

The protagonist quickly develops a god complex, in no small part encouraged by the demon inside of him, but then again, he IS single-handedly saving the world.

Bound by Flame is a game developed by a small studio that attempts to make up for lackluster graphics and Level design with a powerful story and a dynamic combat system.

Unfortunately both of these core features fall flat, as combat becomes a grind and the story lacks the ending it deserves. The game can only really be recommended as a study in what could have been.