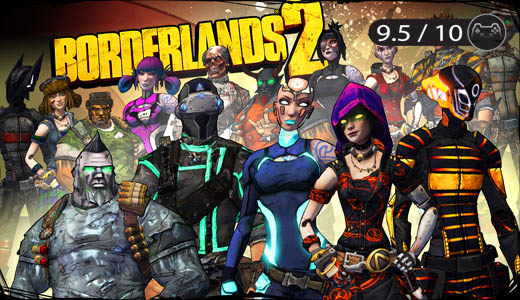 What happens when you strike gold with a new IP? Well, you make a sequel and a forthcoming Prequel. Oh, and also you port it over to as many gaming platforms as you can!

That’s what 2K have done with the Borderlands franchise and number 2 in the series has only just debuted, exclusively on the PS Vita.

Having Borderlands 1 and 2 on both PC and console I was rather elated to hear that it was being released on the mighty and glossy PlayStation handheld, although I did have my reservations as to how the tiny Vita would handle the might and magic of the richly detailed, cell shaded, graphical sweetness of Borderlands 2 gameplay. 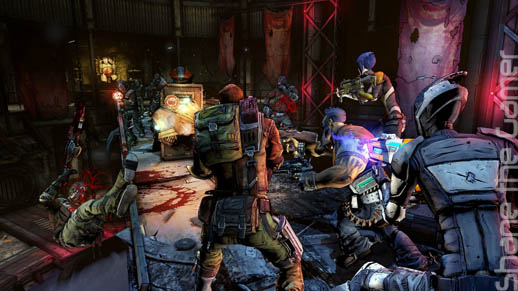 Would it lag? Would it crash? Or was I about to be introduced to a watered down ghost of the games’ former glory?

No, no and no. It’s as though Borderlands 2 was made for the Vita.

As the game has been around for a couple of years now, I wont go into the details of the game, as no doubt you have already played it, numerous times and have the various DLC expansions aswell. 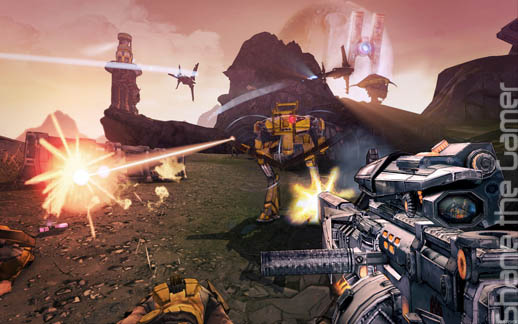 Still, incase there are some rare humans out there that may still be in the dark… if you are reading this and thinking Border…what? then here’s our initial Review of it when it released in 2012.

Infact to quote our Review, the storyline for Borderlands 2 is a bit cliché, the typical “save the world from destruction and defeat the bad guy” but it makes sense and isn’t all that bad and the funny original comedy of the ingame characters is truly great! 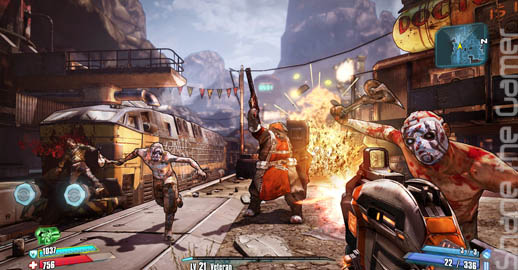 The gameplay is fast paced and will never give you a dull moment, the vast world and landscapes are breathtaking and the somewhat comic like graphics make it feel vibrant and not too intense.

There is some character customizations available within the Characters Menu and there’s looting. Alot of looting.

It’s the kind of game you could play for hours on end and not get bored. (And on Vita that’s exactly what I did). 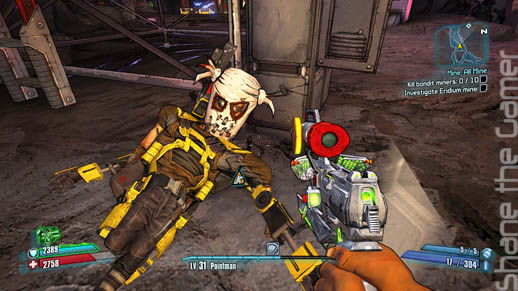 The bad guy is Handsome Jack and the Planet that you will be concerned about is Pandora. Oh and there’s guns, 870 Gajillion to be precise.

Controls have been reworked for the Vita’s touch and gyro functionality. The rear touch pad enables you to swipe your melee weapon, the front touch screen – well you can tap that in Menu’s instead of using the buttons, and gyro is for precise aiming. 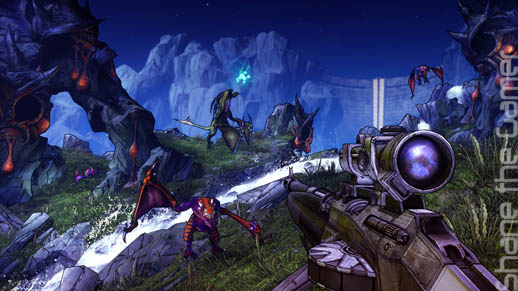 If you are used to playing Borderlands 2 on Console or PC with a control pad then the usual buttons will be a familiar ride.

There is also Online Play and LAN multi-player if you have a mate who also has a Borderlands 2 equipped Vita. 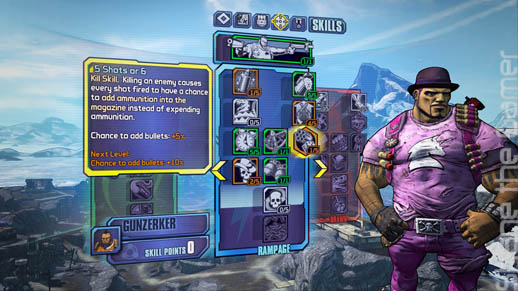 Nothing has been left out of the original console and PC version, infact, the Vita version includes six DLC’s.

If you own the PS3 version you can also use Cross Save. 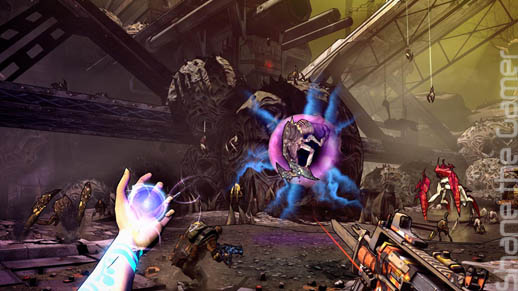 As much as I have tried to, I cannot fault it (except that my personal favourite DLC: Tiny Tina’s Assault on Dragon Keep is not one of the DLCs included).

A perfect port if there ever was one. It’s true Borderlands 2 in your pocket (or bag).