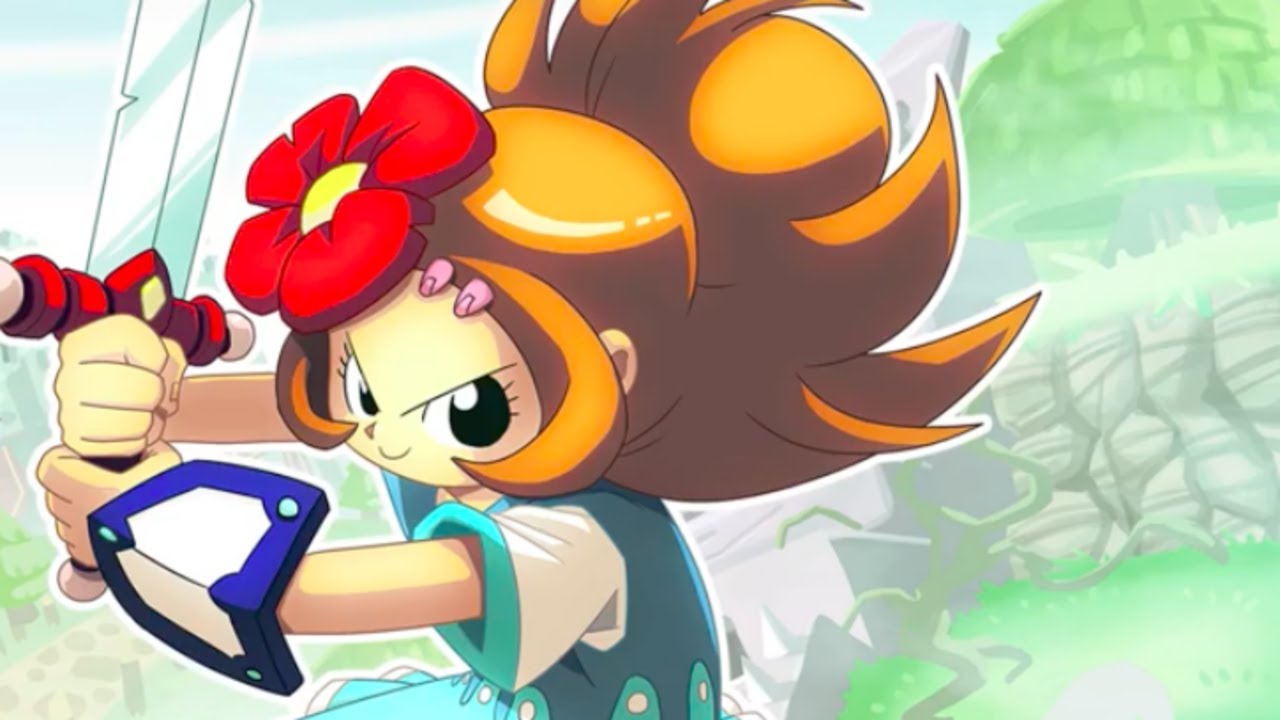 As the indie scene has developed over the years, some true treasures have been uncovered. These vary from creative and new titles, to wonderful throwbacks of classic styles or titles. Blossom Tales: The Sleeping King is the latter, being a throwback to Zelda: A Link to the Past, which I haven’t played, so I wanted to see how the game would stand up on its own without nostalgia goggles.

Blossom Tales: The Sleeping King tells the story of Lily, a young heroine who wants to save her kingdom. The king has been put to sleep thanks to a magic spell cast by his traitorous brother and can only be woken with a potion made from three specific ingredients. Due to her age, Lily is told she can’t take part yet and to leave it to the soldiers that have been given the task. 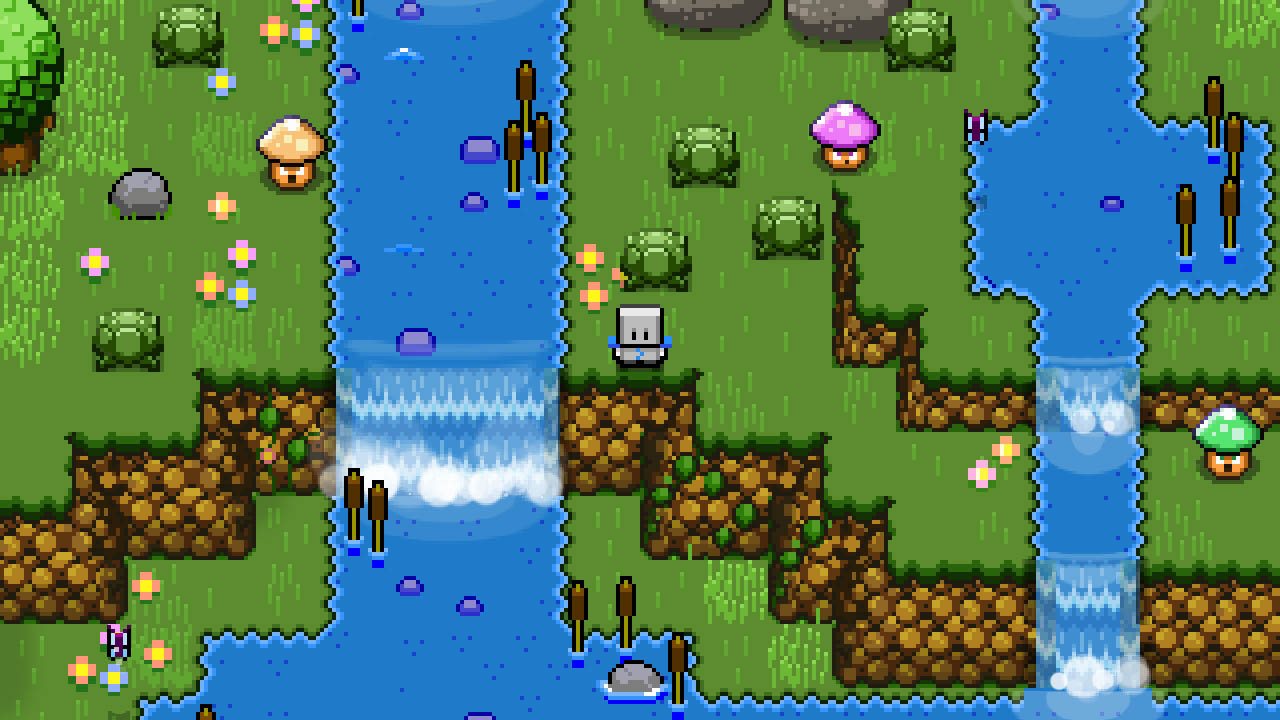 Naturally Lily proceeds to go hunting for, and subsequently finds, the necessary ingredients, usually finding the soldiers struggling or in peril, where she then saves the day in the process. The plot is interesting and creative but not overly deep, which isn’t a bad thing. The most interesting element of the story is how it is told, which is via a story being narrated to some children, framing the story itself but also contributing to the game. There are times where you are confronting a boss, when the children will then start to fight over which boss you are fighting, and you get to make a choice.

The idea of the story affecting the day to day life doesn’t stop there, as it is used throughout the game to explain or question odd moments. The best of which is upon your death the kids exclaim shock, and are reassured the story doesn’t end there, followed by your resurrection at one of the checkpoint stones. 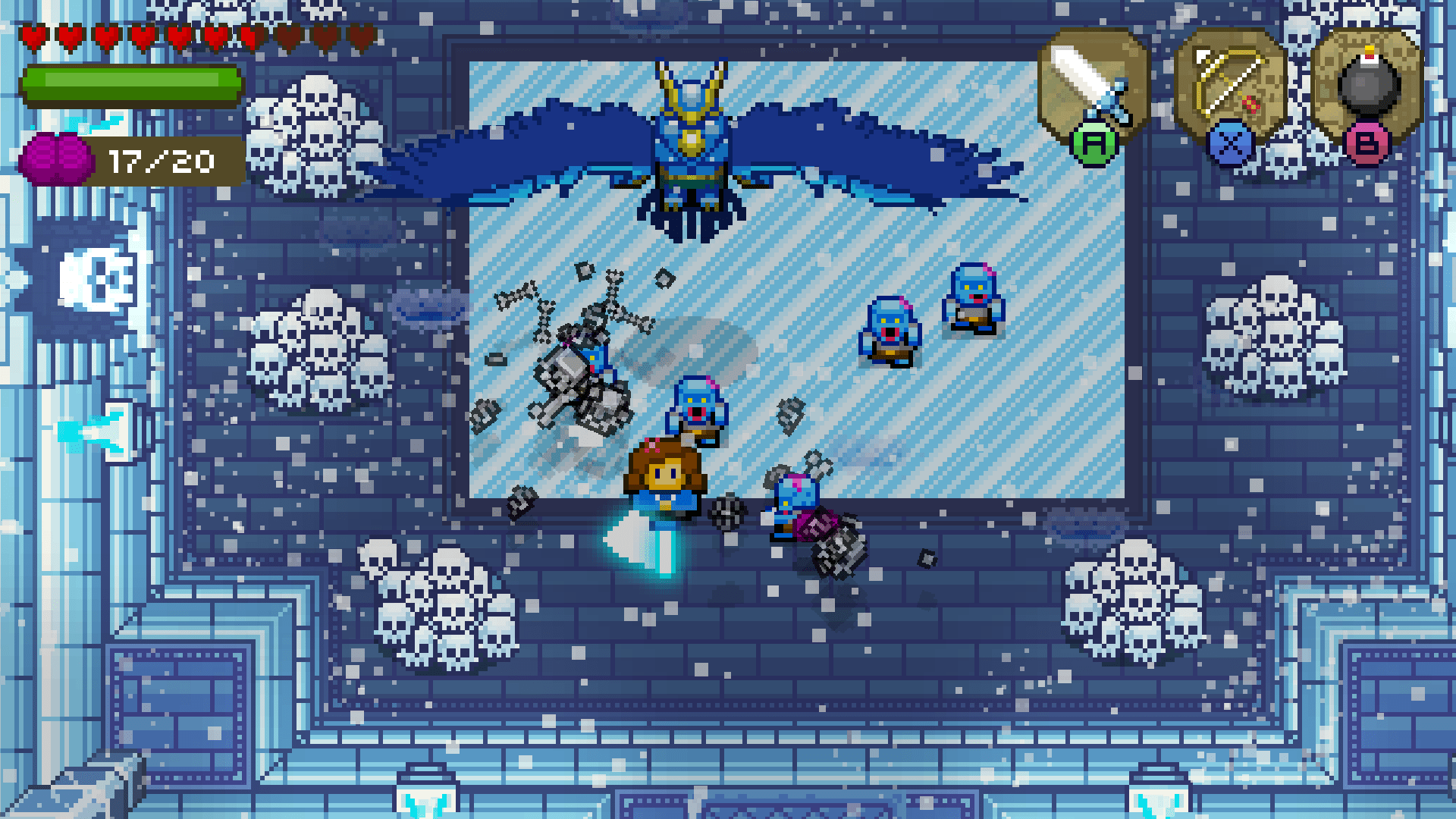 The game’s presentation is through gorgeous pixel art that drips with charm. From the beautifully designed world and elements, to the gorgeous people designs, and the weird and unique enemies which you will spend a lot of time slashing and shooting at, the gorgeous world isn’t limited to the squares you uncover on the world map, but hides many secrets, as well as dungeons.

Hidden throughout the world are many secret caverns which can be uncovered in many ways, but generally by blowing up things such as rocks, or moving hidden furniture. These caverns can be as simple as a chest at the bottom, to such a chest being obfuscated by a puzzle, or a challenge of some assortment. One of the challenges that made me uncharacteristically fill with rage was where you need to navigate a long, windy, and thin path that collapses as you go. Oh, and bats come and try to knock you off your path too. 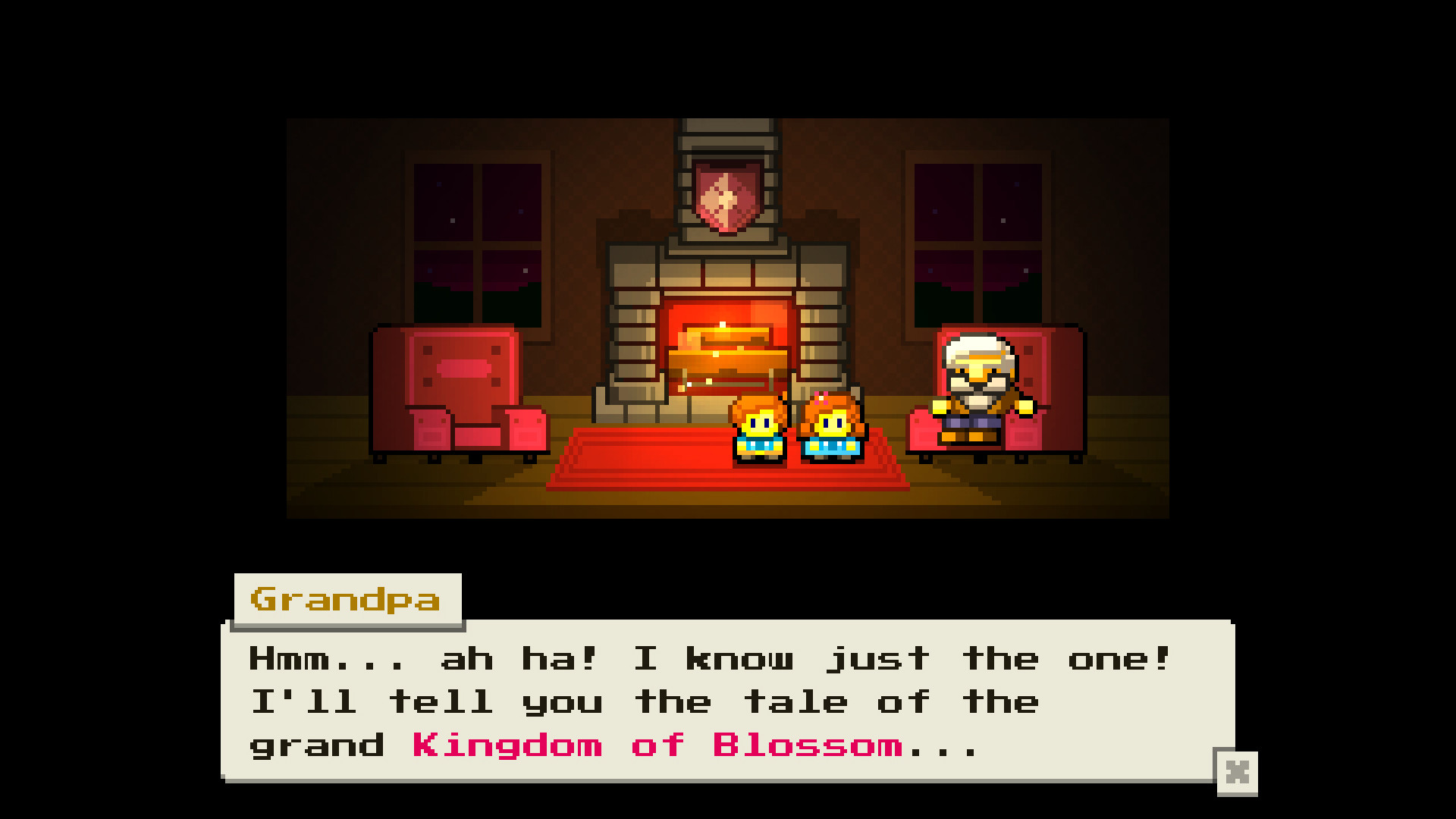 These cleverly hidden secret areas are snippets of the experience you will receive in a dungeon, which are the major points of the main story line. These involve long series of puzzles, with varying aesthetics, usually peppered with a few bosses, and plenty of frustration. That’s not to say they aren’t enjoyable. They are creative and fun, with varying levels of difficulty, but they are long. Plenty of times a puzzle felt like it was the final one for a dungeon, when it was only a third of the way through.

These dungeon lengths possibly could have been shorter, and more numerous to break it up, but I don’t know how this would affect its representation of A Link to the Past. I can comment briefly on how the game looks in relation to its inspiration, as when I was playing it my partner walked in and asked if I was splaying Zelda. A few seconds of observation triggered that, so it’s clearly nailed its goal there. 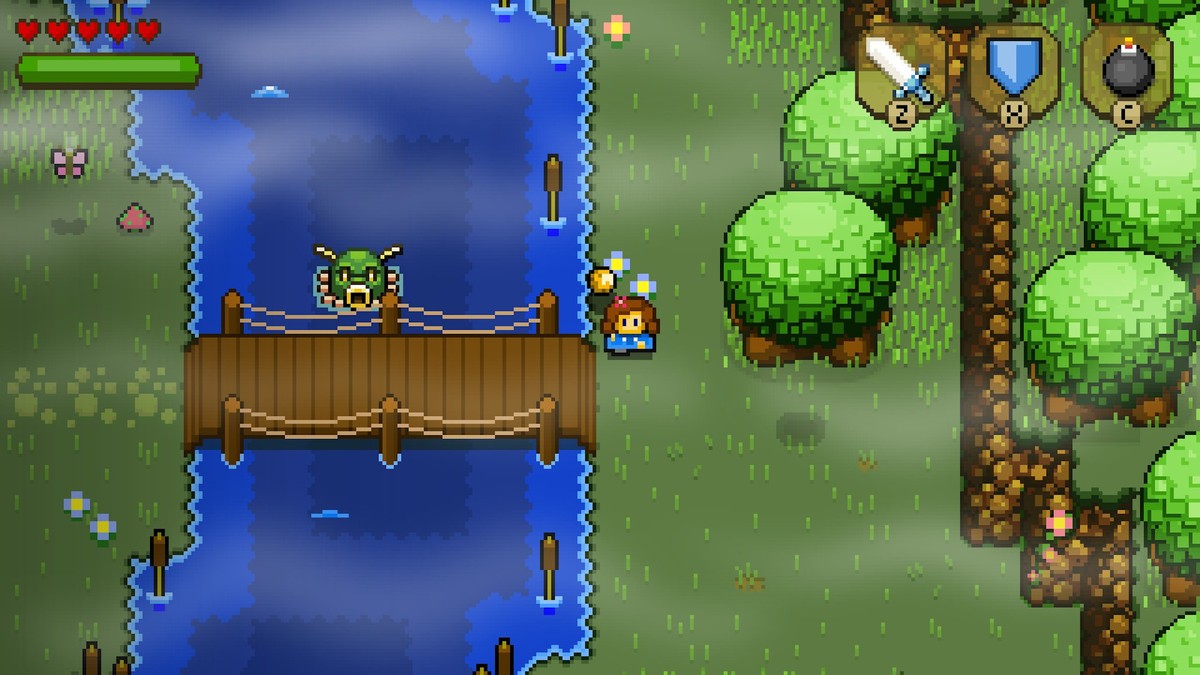 Combat is simple, which basically involves using your sword to slash away, and tools like bombs and arrows, which are also used in troubleshooting, to carve your way through the masses of enemies. Side quests can upgrade these weapons, but most of your time is spent learning the timing of enemies to not get slaughtered.

The biggest frustration I had was with the menus. It wasn’t uncommon to open a menu to try to check my map or change something, and accidentally change the equipped weapons by pressing their corresponding buttons. This I imagine is a faithful quirk, but this is something that could have been left in the past.

All in all, Blossom Tales: The Sleeping King is a wonderful game that shouldn’t be overlooked. Without the knowledge of the old Zelda games, I was still able to enjoy the experience from start to finish and it should appeal to any Switch owners with an interest in older styled games. 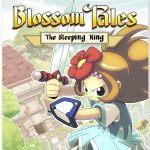