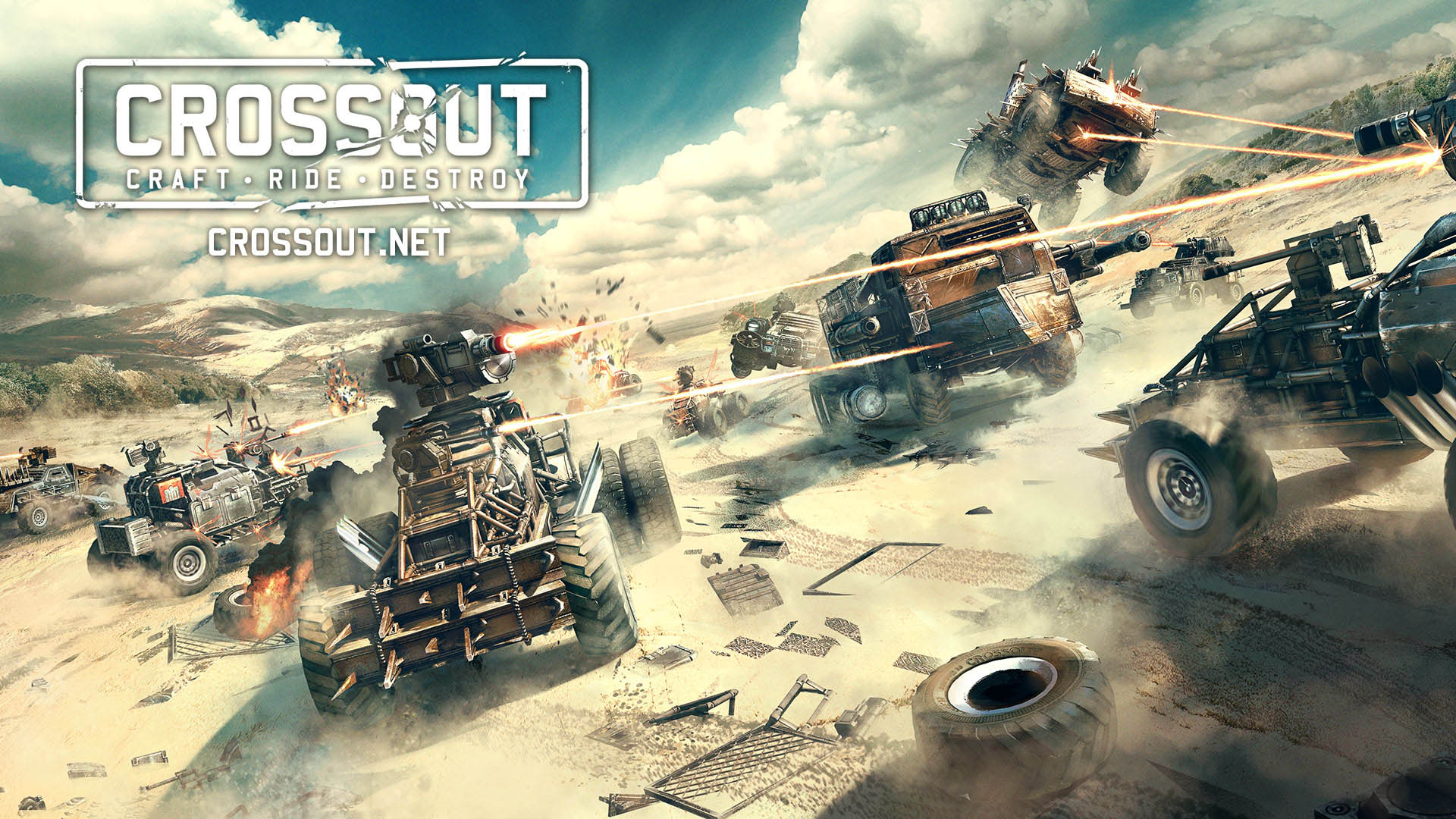 Gaijin Entertainment, the developer and publisher of a record-breaking WWII simulator MMO War Thunder, is taking four wheeled combat to the future with their new multiplayer MMO title Crossout.

Developed by Targem Games, vehicle mayhem is order of the day as these awesome new screenshots and backstory reveal, these carefully crafted futuristic combat vehicles do battle in a post apocalyptic setting where survival depends on upgrading vehicles and destroying enemy drivers. 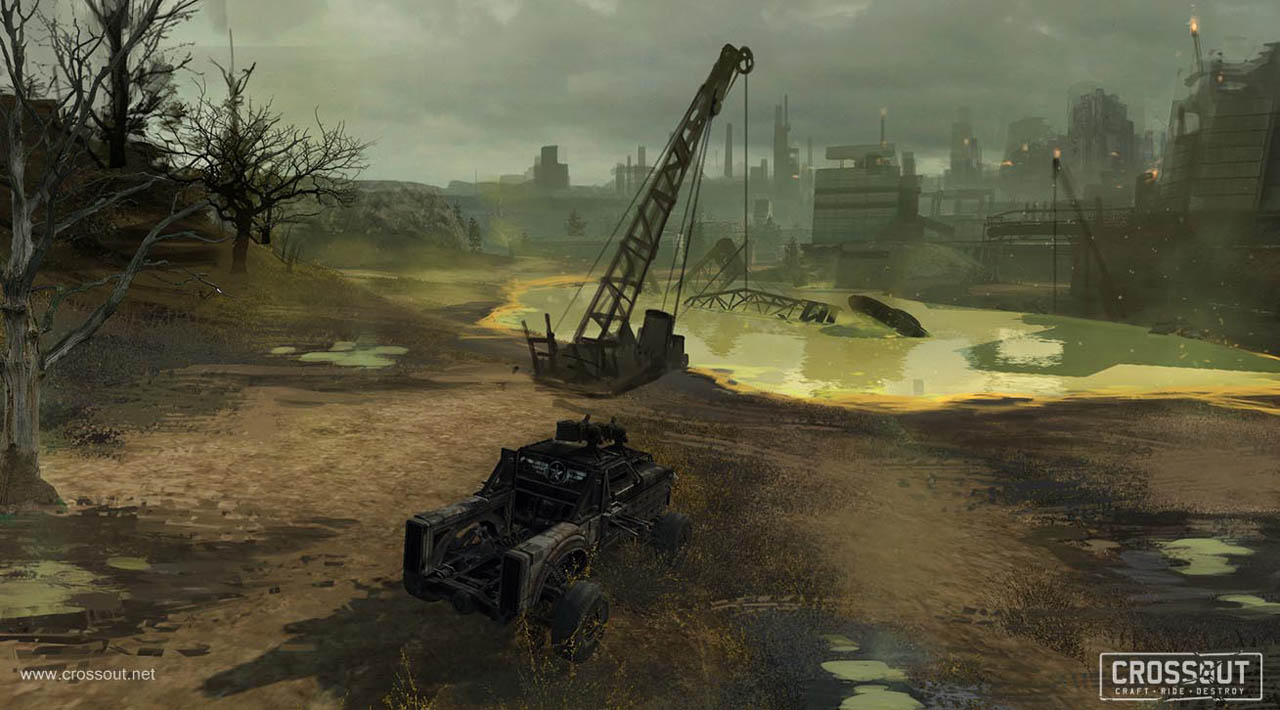 Set in a post-apocalyptic world devastated by a viral pandemic and adverse effects of technology, Crossout tests players’ creativity in building, upgrading and customizing deadly armored vehicles to destroy enemies in open player vs player combat.

The scenery helps tell much more of a story of why vehicles are so essential in the fight for survival, the  devastation and decay represent much more than just a back drop, they provide a reason that survivors must create, upgrade and fight for their very existence in the game. 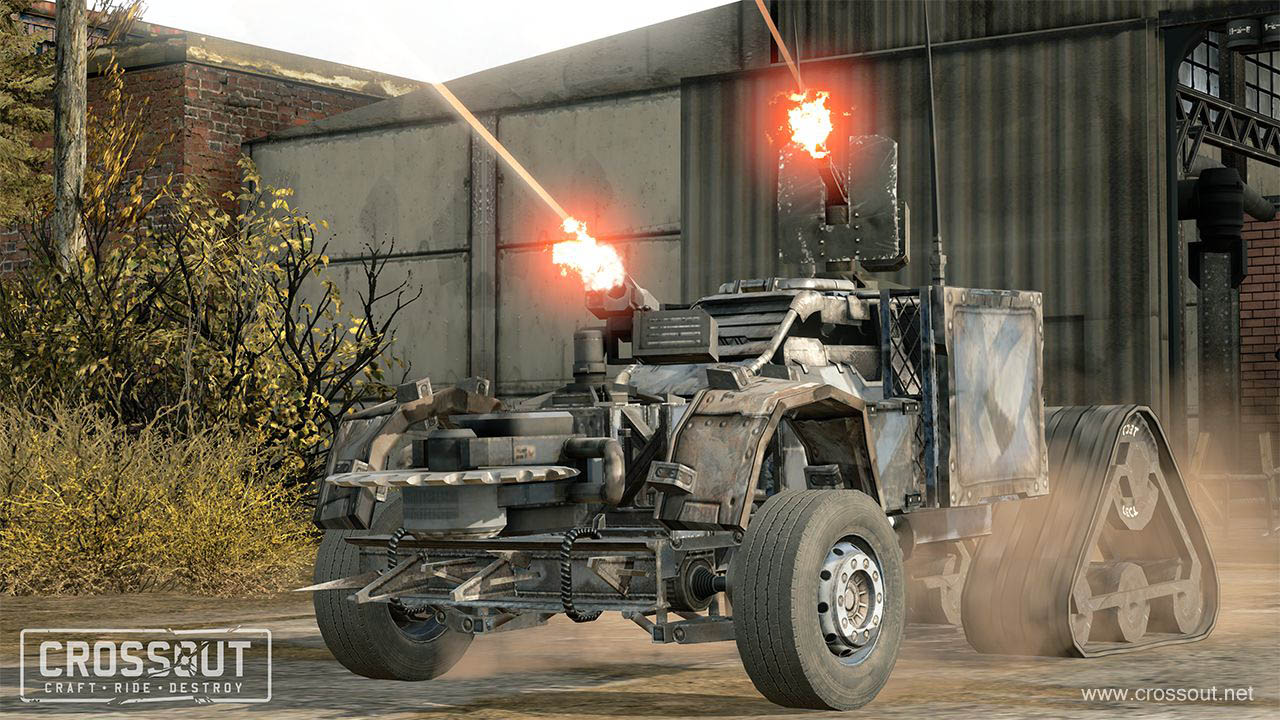 In 2021 a mysterious viral epidemic swept the planet known as the Crossout epidemic, simultaneously countries and populations began to fall at an alarming rate all over the Earth. Those who did not die in the first few days, were plagued by hallucinations and headaches, many people went mad, others escaped this degenerative state and committed suicide. The source of the disease could not be detected but the cities that were once the vibrant social and economic beacons of humanity were left ravaged and deserted.

Media speculated several possibilities about the nature of the disease. Some argued that the radiation of cell phones and televisions was infected with a new technically engineered virus by terrorists. Others discussed a version of the virus where the atmosphere was infected with a virus as a result of the impact of a large meteorite. Was this the dawn of an evolutionary leap and new kind of humanity? 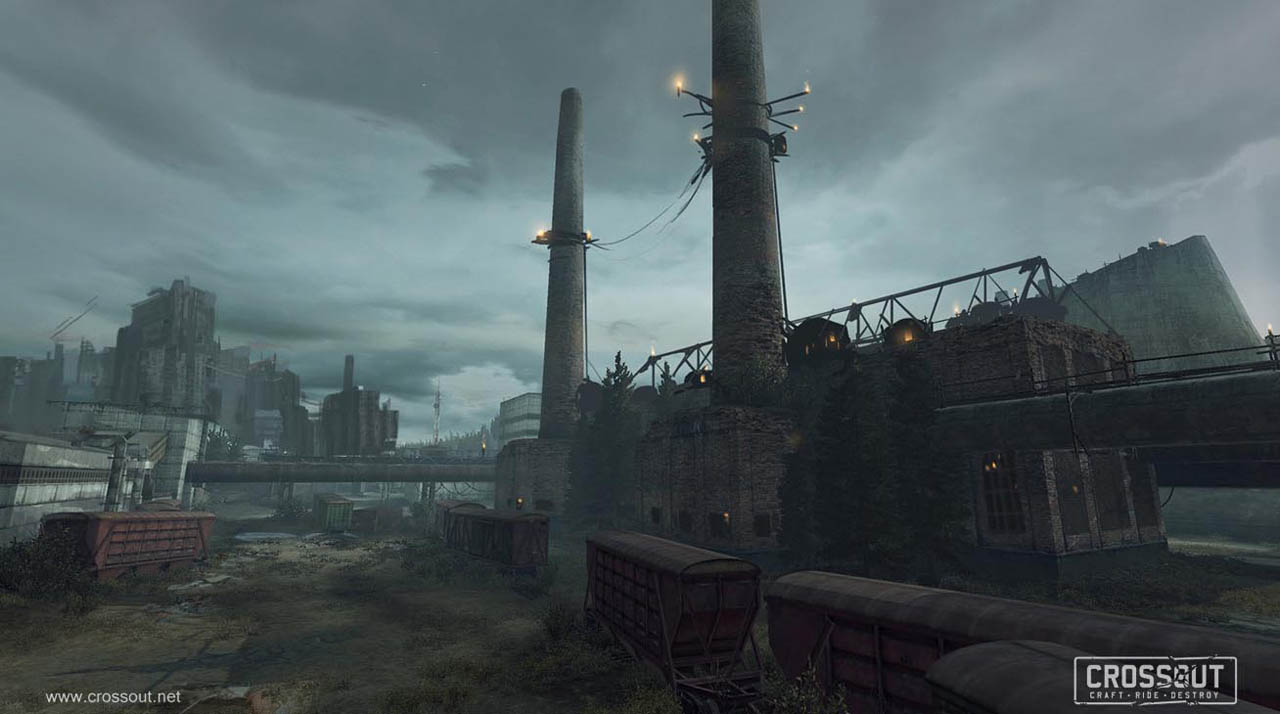 Chaos engulfed the planet, large cities had been turned into mass graves. Many tried to escape the effects of the virus by using different protective measures, they wore face masks to filter the air and completely stopped using electronic devices and used more traditional means of communication. But it was all in vain: what was once an epidemic in a few days became a pandemic unlike anyone had ever seen on such a global scale.

But humanity was not yet dealt the final blow. 20 years after the Crossout catastrophe, the world is once again a fragile balance between survival and annihilation. 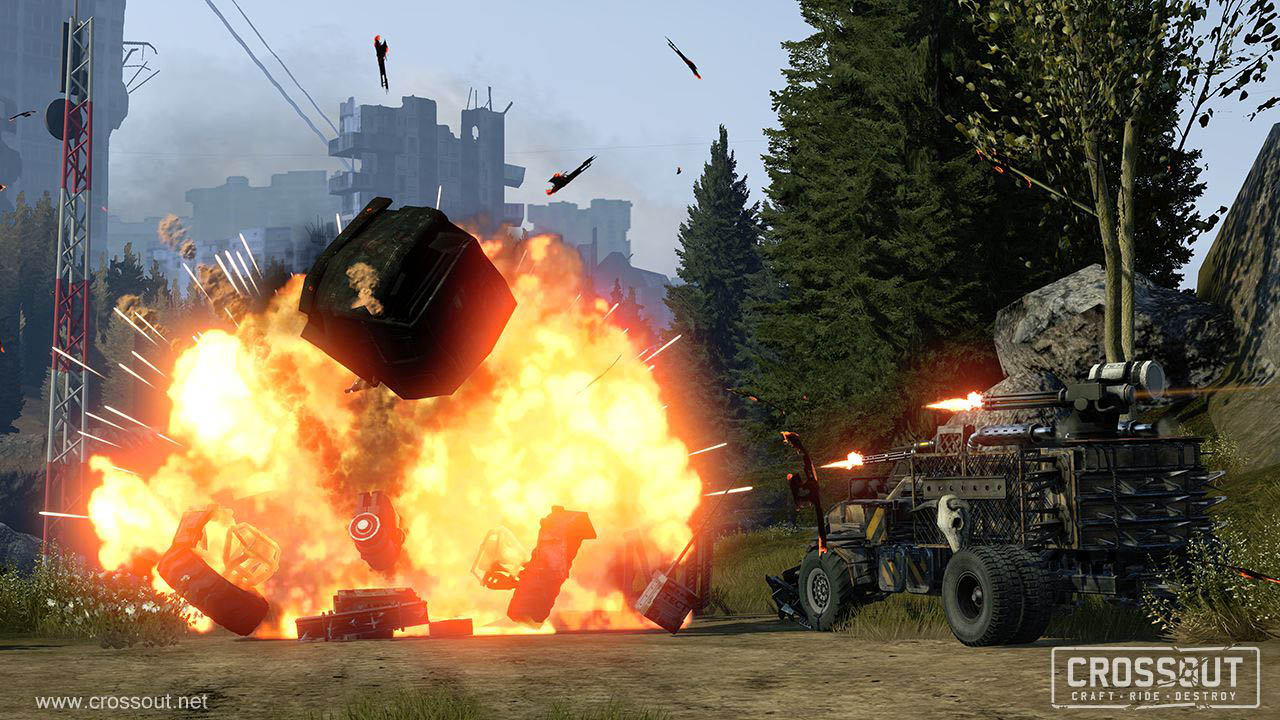 Each location in Crossout is illustrating a part of this new world’s history. The “Bridge” map shows players what happened during the first few days of the disaster. Panic, the end of the world coming soon, barricades and No Entry signs. Other maps will show players the decay of all that has been created before the catastrophe and how the new form of humanity is adapting to it trying to revive the ruins of its magnificent past.