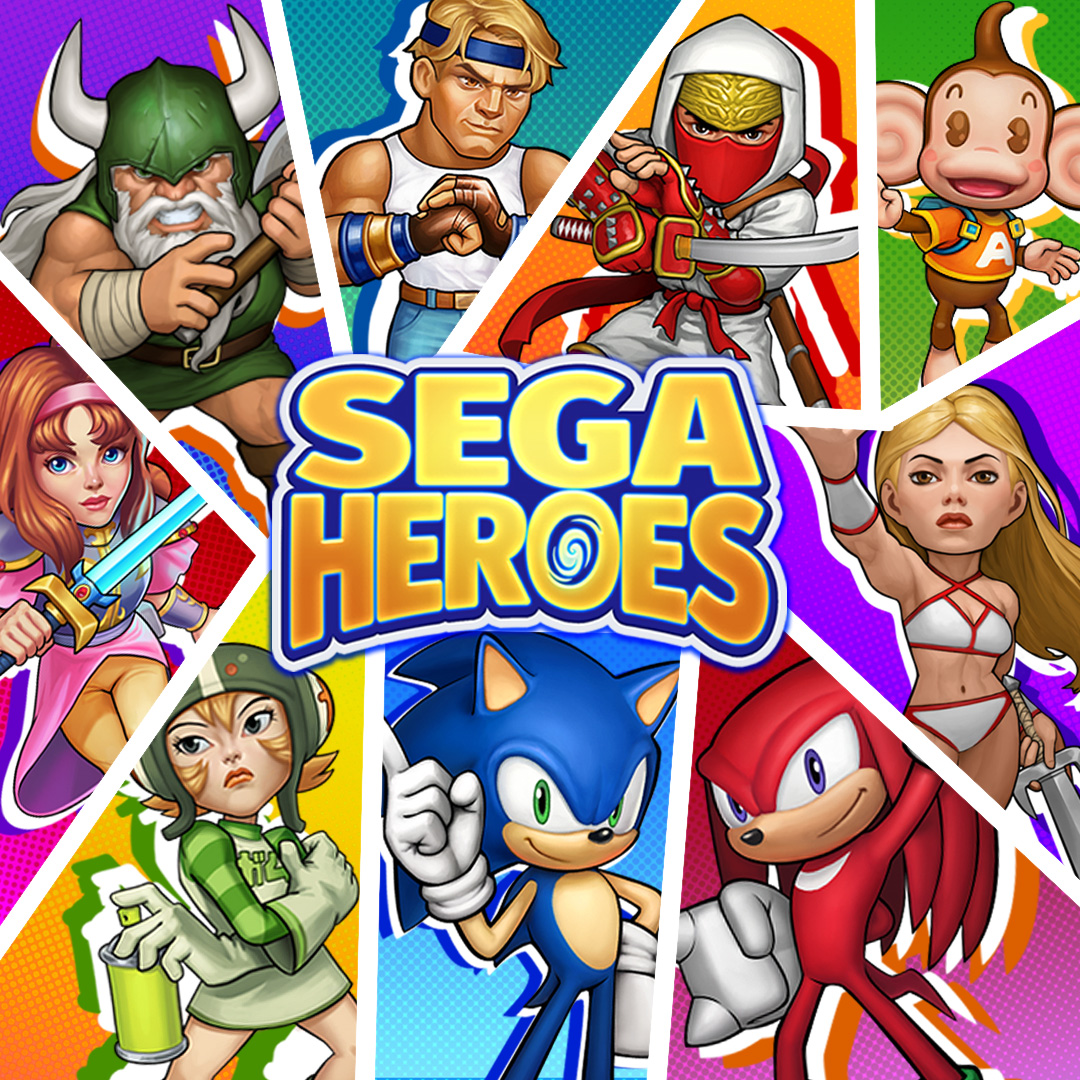 Only you and your squad can save the SEGA Universe!

Today marks the launch of SEGA Heroes, the action-packed match-3 brawler that unites three decades of beloved SEGA characters in one epic quest to defeat Dremagen and her army of evil clones. SEGA Heroes is now available to download for free on the App Store for iPhone and iPad and Google Play Store for Android devices.

SEGA Heroes is developed by Cambridge, Massachusetts-based Demiurge Studios, known for their mobile smash hit Marvel Puzzle Quest. It features a polished match-3 experience coupled with 4v4 combat that is easy to play, yet surprisingly complex. Launching with 32 playable characters from nine classic SEGA games, and offering more than 200 levels set across 30 zones, SEGA Heroes is a celebration of SEGA’s past, present, and future. Players are challenged to collect and level up their characters, leveraging each hero’s arsenal of special moves and abilities to assemble an unstoppable team and take down foes. Battles rage on through daily and weekly events, a PVP arena, countless quests, and survival mode. 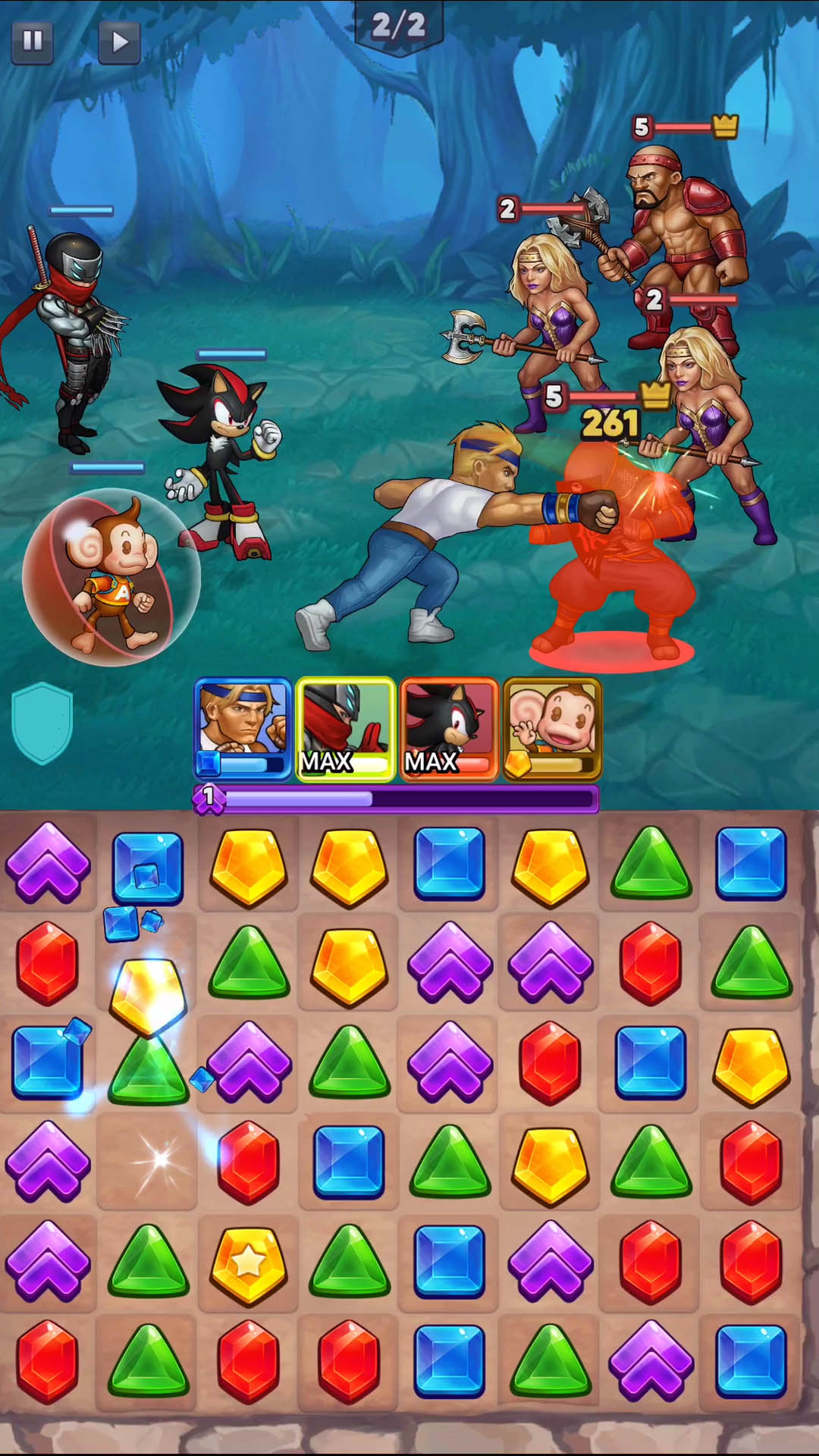 “This game is a tribute to SEGA’s rich heritage and the catalog of characters that fans adore. It’s a reimagining of the way these universes can come together, and has been meticulously designed for mobile platforms to engage and delight today’s players. Through the launch of SEGA Heroes, we’re able to celebrate our characters in an entirely new world and bring them together through gameplay that highlights each character’s unique lore,” said Naoki Kameda, COO of SEGA Networks in San Francisco. “Demiurge has brought unmatched passion and mastery to the creation of this title and we’re excited to share SEGA Heroes with the world!” 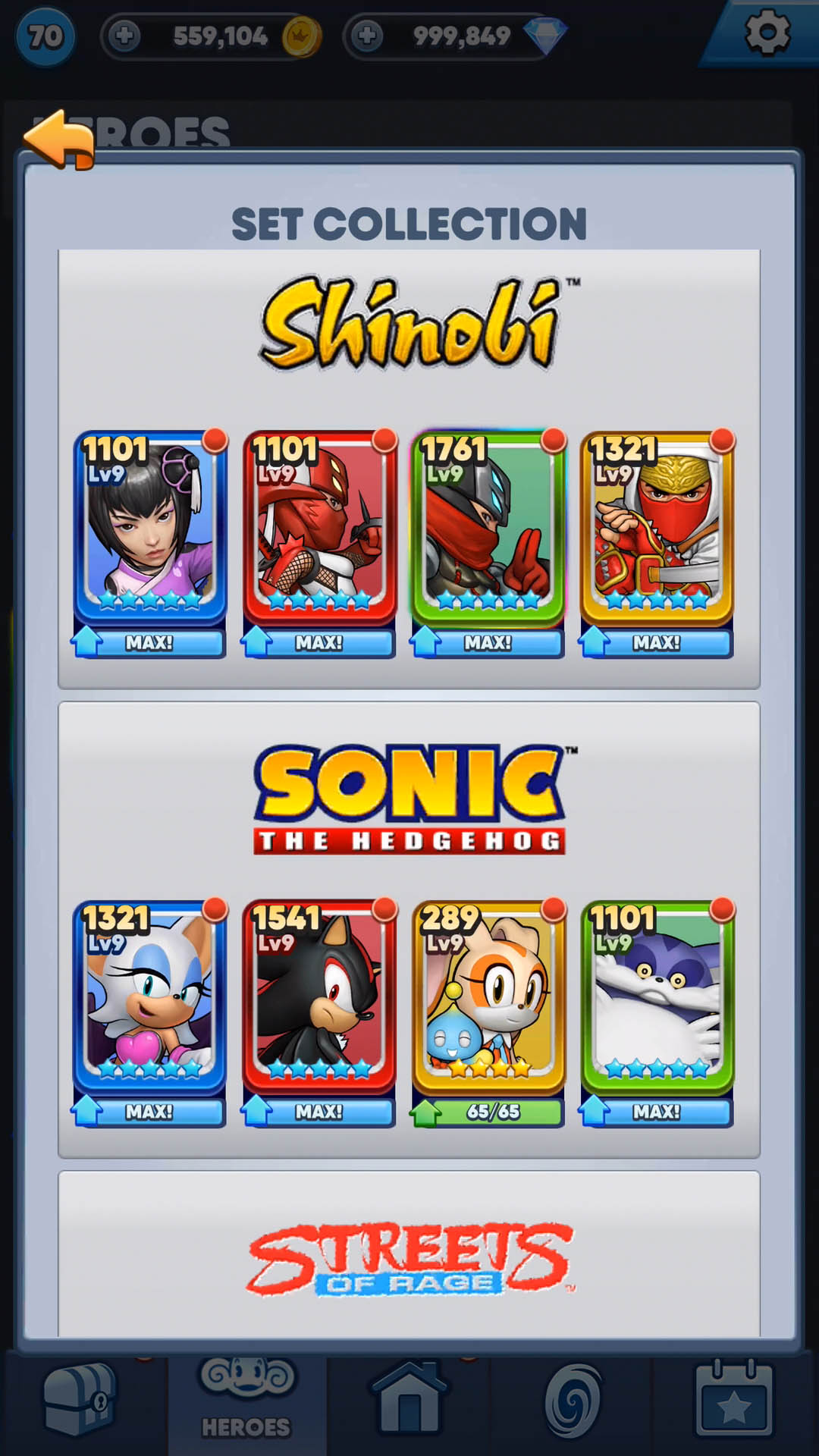 The roster of unlockable playable characters at launch includes fan favorites as well as lesser-known heroes who are ripe for rediscovery. In the coming weeks and months, additional character sets will be added and unlocked as the SEGA Heroes Universe grows!