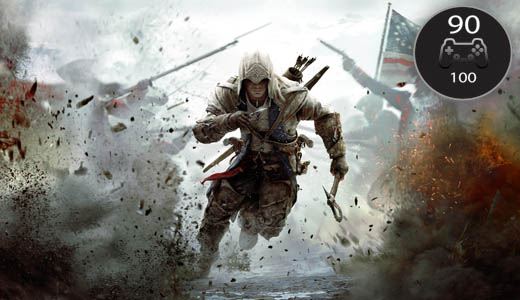 This week Ubisoft launched the PC version of the “other” Assassin’s Creed game, Assassin’s Creed Rogue. And with no current-gen console version at the moment, this is most definitely the next best thing.

Unlike Assassin’s Creed Unity, Rogue launched late last year on Xbox 360 and PS3 without a hitch.

Borrowing heavily from Assassin’s Creed IV: Black Flag, Rogue follows the story of Shay Cormac, an assassin turned Templar. This gives us gives us the opportunity to experience the Assassin’s Creed tale from a new perspective, as Shay hunts down his former allies in order to save the world from destruction.

Aboard his ship, The Morrigan, Shay’s adventures offer players more seafaring hijinks, this time in the icy waters of the North Atlantic. The game’s land based action returns us to some familiar locations such as New York and the Davenport homestead from previous games. 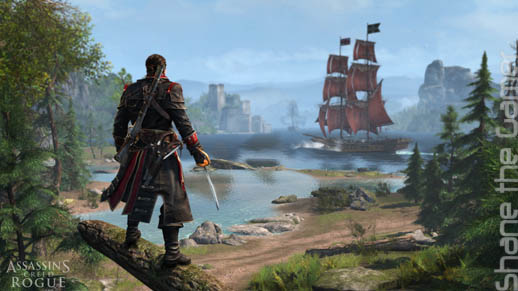 Chronologically, for the most part, the story fits in between the events of Black Flag and those of Assassin’s Creed III.

The game wraps up the series’ America-set storyline and as such we come across a few characters that we’ve met before. We find out what happened to former slave, Adewale from the Black Flag standalone DLC, Freedom Cry, and meet up, once more, with Edward Kenway’s son and Conner’s father, Haytham Kenway.

Rogue also serves as a prequel to the events in Assassin’s Creed Unity, the end of Rogue tying onto the beginning of Unity. It’s a very classy handing over of the torch to the new-gen. 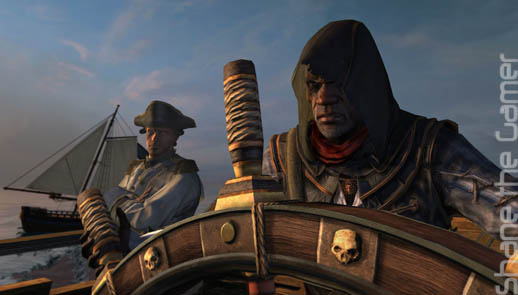 Rogue is far from perfect. The main character, Shay’s “orrish” accent is grating. He also completely lacks the charisma of his predecessor, Black Flag’s Edward Kenway. The game mechanics have all been cribbed from Black Flag and the locations are basically a pick ‘n’ mix of those from ACIII and, again, Black Flag.

Fans of Assassin’s Creed’s multiplayer mode will be disappointed by its omission on this outing. Rogue is a single-player affair.

The game’s similarities with Black Flag also work in its favour too, as we get to enjoy some more of those fantastic naval battles. The naval combat has been tweaked a little, providing a more satisfying experience at the expense of bit of realism. The Morrigan is a lot more manoeuvrable than Kenway’s Jackdaw, being able to pretty much turn on a penny. 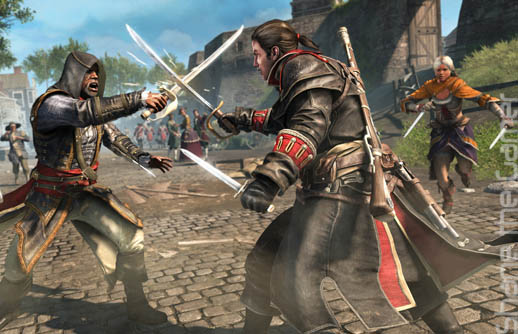 The new ocean location, the North Atlantic, offers some icy adventures on snow-covered islands, with freezing water that will kill Shay if he swims in it for too long. There’s also icebergs to avoid.

The other watery destination, The River Valley offers up some more temperate locations which, as with the North Atlantic, is packed with side-activates and collectables. As with most of Ubisoft’s games, Rogue features an almost overwhelming amount of things to do from liberating forts to the collection of Viking Sword parts.

The story is good and the setting excellent, especially if you enjoyed Black Flag. Whilst Assassin’s Creed Unity is technically a far superior game, for PC fans Rogue should go a long way towards making up for any issues they may have had with Arno in revolutionary Paris. 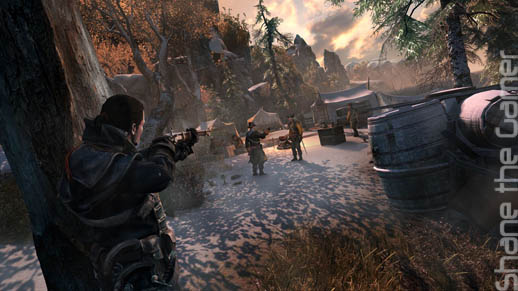 The PC version of the game takes the visuals from the PS3 and Xbox360 version and polishes them up, not quite to Unity’s level of fidelity, but certainly on par with some of the recent HD “remasters”.

In any case it was nice to see Rogue running with such crisp and clean graphics.

It’s not just higher-resolution textures, though. There are extra visual effect that were missing from the last-gen versions. The most impressive is the smoke from the cannons during battles. Not only does it look really nice, but it also totally changes naval combat as the thickening smoke obscures the view of your targets. 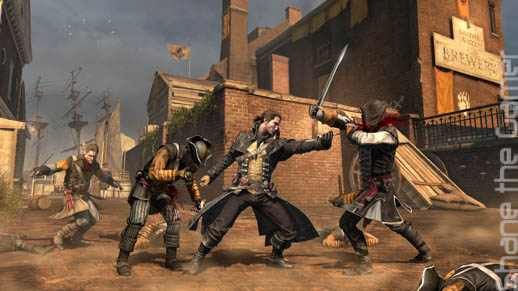 The game ran on my review rig without fault, as I would expect.

Rogue uses the same assets and configuration of Ubisoft’s Anvil Next engine as the previous last-gen Assassin’s Creed games and as such, doesn’t push the visual envelope in quite the same way as Assassin’s Creed Unity does.

The result is a robust and well-tested game that should run without issue on a fairly decent PC. 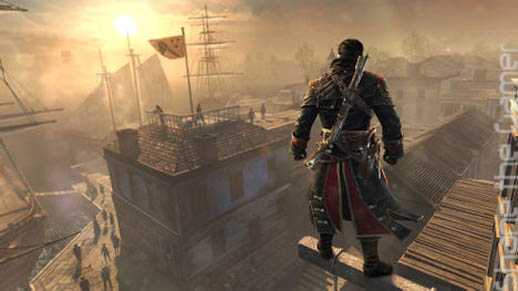 As much as I enjoyed Assassin’s Creed Unity, the familiarity offered by Assassin’s Creed Rogue with its sea battles and multiple locations makes it, in its own way a better gaming experience.

With the PC version we finally get to see this unsung hero of the Assassin’s Creed series in its full glory.

Assassin’s Creed Rogue is a must-play game for PC fans of the series, even if Unity left a bad taste in your mouth.