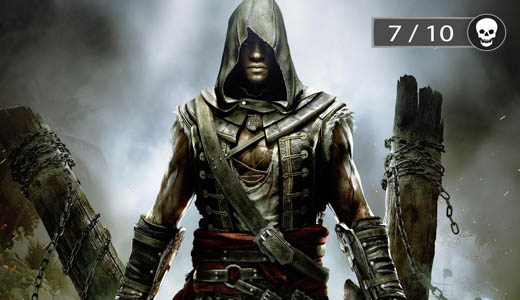 Assassin’s Creed IV: Black Flag finally gets its eagerly awaited single-player DLC expansion, Freedom Cry. With a new character, a ship and a new location, is it now time for something completely different?

I had a lot of fun with Assassin’s Creed V: Black flag, the latest pirate-themed instalment of Ubisoft’s award-winning franchise. You can check out my review here.

As with previous instalments, Black Flag is part action-game and part History Channel docudrama. The more populist Caribbean piracy setting was a bit of a worry for me to begin with, fearing that Ubisoft were about to go all Jack Sparrow on us. 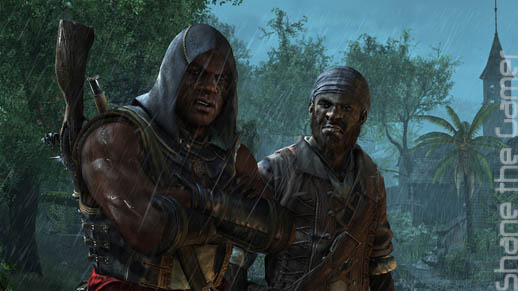 The game draws heavily from Colin Woodard’s book, “The Republic of Pirates, telling a tale that is a lot more grounded than the usual Hollywood depiction of pirates. In saying that, with a protagonist in Edward Kenway that ticks all the boxes for the description of lovable rogue, Black Flag is a lot lighter than previous Assassin’s Creed games. And whilst I could have spent hours, after finishing Black Flag, just sailing around the Caribbean with Edward Kenway, I was very excited to get hold of the game’s Freedom Cry DLC.

Freedom Cry is set fifteen years after the events of the main game. It follows Adéwalé, Kenway’s former quartermaster, now an Assassin himself and the captain of his own ship, the Experto Cred. 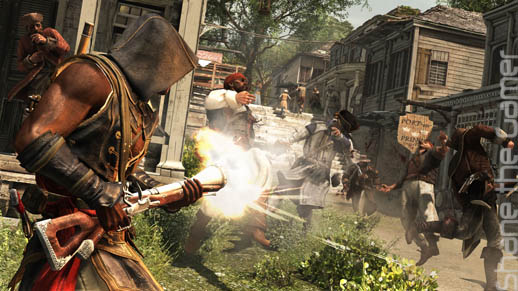 The game starts with a situation almost identical to the main game, but this time with a shipwrecked Adéwalé washing up in the French-controlled Port -Au-Prince. Almost immediately the former slave must confront the local slavers, finding himself caught up on the Maroon Rebellion. This pretty much set s up the game, which is more about Adéwalé freeing slaves than thwarting Templars.

Most of the game involves freeing slaves, on plantations and slave ships, in order to unlock missions and progress the main story. Unfortunately the missions follow the same formula as Black flag, having me eavesdropping, following NPC’s and sneaking into compounds. It was all a bit too familiar. 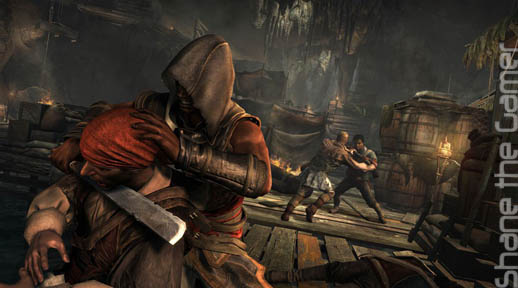 Freedom Cry doesn’t really touch on the main mythology of the series, and I think that doesn’t help it at all. The game doesn’t really feature the Templars at all and there’s (thankfully) no modern day Abstergo sequences, either.

Adéwalé, is cut from the same cloth as ACIV’s Conner, lacking the wry humour of Ezio or the lovable roguishness of Edward. There was very little for me to empathise with.

I did feel a bit guilty at not really being interested in freeing slaves and the plot didn’t really engage me in the same way as Edward’s adventures in Black Flag. I spent the whole game waiting for some big reveal that sadly never came. 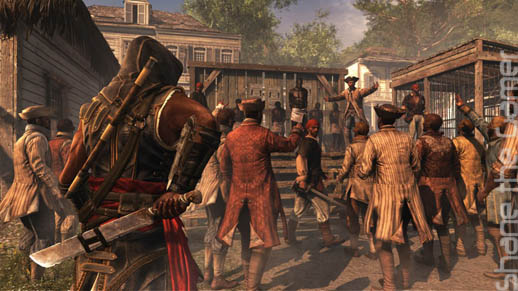 I don’t know if it is because Freedom Cry is a lot shorter that the main game, but I didn’t feel that I had as much opportunity to explore the map as I did with Edward. The game seemed to whisk me between missions, with only the odd break to free a few slaves. Before I knew it the game was over.

Freedom Cry is more of the same featuring a character that lacks the charisma of the main game’s protagonist. It’s a more sobering tale that truly serves to illustrate the evil of slavery in the 1700s. It is a stark contrast to the equally brutal and at the same time comparatively flippant story of Edward Kenway. 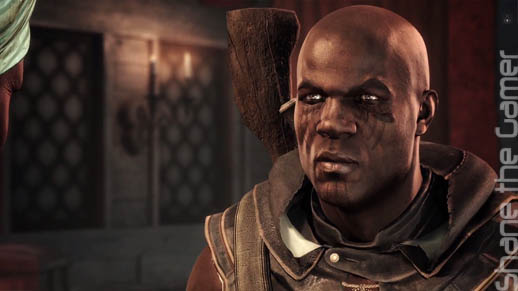 It’s short, with only a few hours of gameplay, but maintains the same level of quality as the main game. It reuses many of the same mission formats as Black Flag, but it is an expansion and not a new game- so it’s a bit much to expect something that different.

Whilst I can’t deny my overall disappointment with Freedom Cry, it is still a very polished and entertaining addition to the Assassin’s Creed series. Technically it is perfect, with great voice acting and an amazing soundtrack. Visually it’s stunning; just as the main Black Flag game pushes the Xbox 360 to its limits, so does Freedom Cry.

On the Xbox One the lush portrayal of the Caribbean is even more amazing. 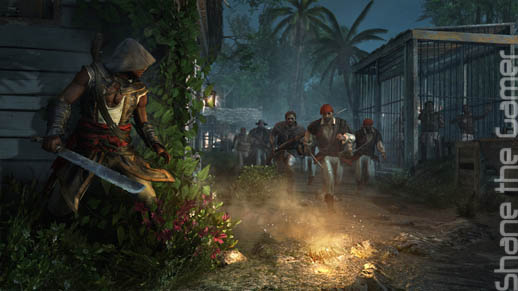 The game may not necessarily sit that well with me, but it’s still a good effort and worth playing. Freedom Cry suffers more because the main Black Flag game is such a hard act to follow than its own failings.