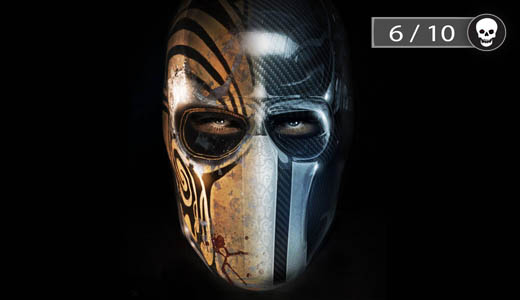 Army of Two – Devil’s Cartel is the next third person military cover-based shooter that is unashamedly dabbling its feet in the ‘Gears of War’ slash ‘Ghost Recon’ pool. The story is throwaway simplistic.

Essentially, you play as T.W.O agents (see, it even uses clever wordplay in the title like Gears of war!) generically named Alpha and Bravo who are dispatched into the Mexican underworld to somehow unearth and take down a massive drug cartel. And you do it the only way you know how – using beef headed machismo and a lot of bullets.

There is still an emphasis on co-operative gameplay, though less pronounced than previous iterations of the series. Presumably this is to make the game more accessible to solo players, but only settling on a happy-medium of the game’s most banal attributes. 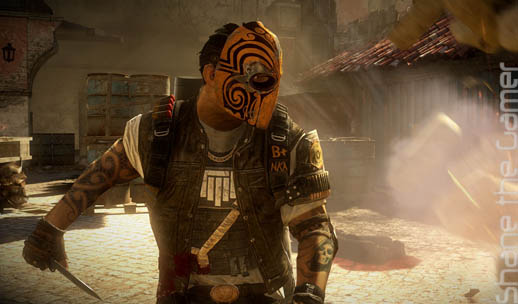 There is no back to back room clearing, no using car doors as shields for you and your partner. This is more of a by-the-numbers-run-and-gun affair that barely let’s you breathe in its adrenaline fueled ferocity. And it’s because of this that you’ll begin to grow weary – particularly if you’re playing alone.

Not all is lost though.

Like the other game in the series, it uses the series staple ‘aggro’ system – where one player can draw attention by being particularly aggressive in battle while the other flanks
without detection. 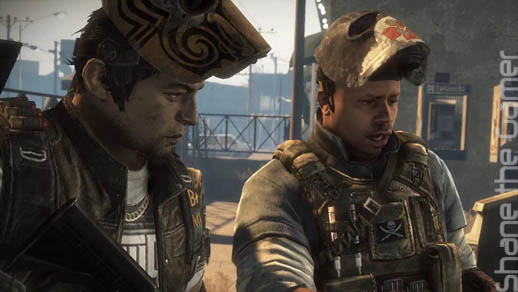 However, when the action is at it’s most frenetic, enemies popping up from every nook and cranny, it’s easier to just blast away with reckless abandon then attempt to use the aggro system.

In the original AoT this system worked well because levels were built in a more accommodating manner. Here, now, it feels more like a ticked box, cheapened further by sheer enemy numbers.

New for the series is the overkill feature. Hardly an original idea, this arcade style shoot-out provides the player with a few seconds of invulnerable, reload-free kill frenzy once a kill meter is filled. And it gets filled rather quickly, so you’ll be activating this often. This doesn’t make the game as much of a pushover as you might think due to constant spawning enemies, little discrimination with attack
patterns, and a largely fragile environment. 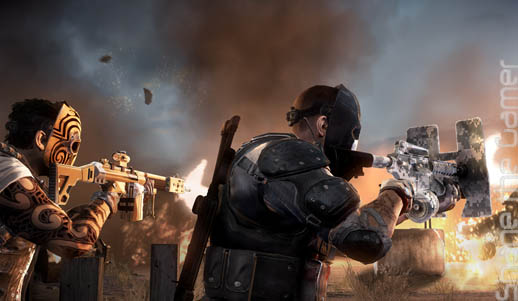 The game is built on DICE’s frostbite engine, so as you can imagine a lot of environmental destruction. You almost certainly can’t stay in one place for very long for fear of being turned into a
bullet sponge surrounded by debris.

The Devil’s Cartel employs the bleedout option, that can make the game a little unchallenging. in saying that, Your character is downed often enough that an immediate death would mean replaying
some of the larger, more protracted battles multiple times. So a proverbial bullet was successfully dodged here (pardon the irony). 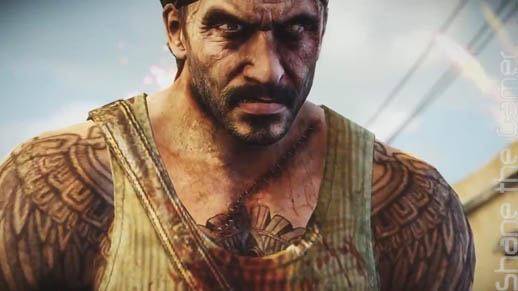 Graphically, the game is actually pretty good. A noticeable step up. There are various customization options for player outfits including a large assortment of trademark masks you can equip for your
soldier.

Environments are often detailed and full of physics injected objects that litter the battlefield, and despite the repetitive nature of the shoot outs the environments feel fresh providing a somewhat
welcome reprieve. 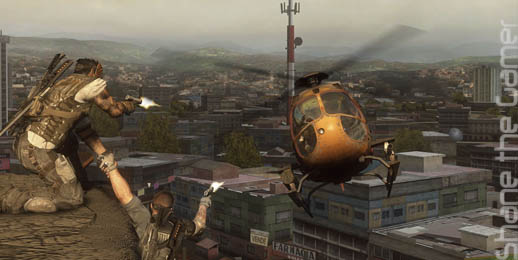 AoT-TDC starts out so well, then stifles in its momentum. It hits the formidable plateau of ‘ordinary’, fairly quickly and maintains that pace al coda.

The game will lead you into vacuous arena after vacuous arena and throw a seemingly endless number of gun-toting, smack talking drones at you until you find yourself wondering whether you
have any laundry that needs washing. 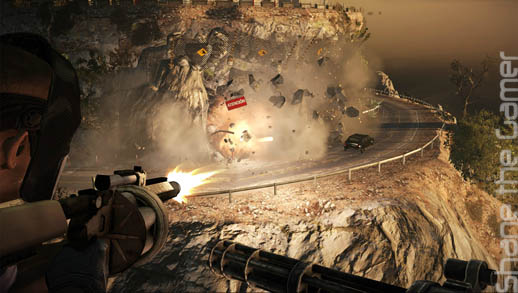 In short, spaced out bursts, or with a real life human companion there is some enjoyment to be found in Army of Two – The Devil’s Cartel. Mostly though there is nothing much to recommend it over other games that can bring two mates to the sofa, in glorious, trigger-happy matrimony.

Unless you’re an unrelenting fan of the series, it’s worth waiting till this ends up in the bargain bin or hiring overnight.