Army of Two: Devil’s Cartel gets it’s Hip-Hop on – News 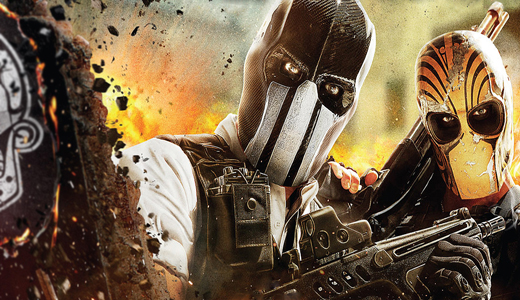 EA Games has just announced that hip-hop megastars Big Boi and B.o.B are bringing their talents to the highly anticipated co-op action game, Army of TWO – The Devil’s Cartel.

The two stars are not only teaming up in the studio for the collaboration of the game’s official theme song “Double or Nothing” set for release in early 2013, but are also joining forces in the game. The duo will play the roles of T.W.O. operatives Charles “Chuy” Rendall (Big Boi) and Anthony “Baker” Barnes (B.o.B), helping players blast their way through Mexico’s most dangerous cartel. 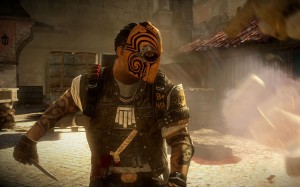 announced that fans who pre-order Army of TWO The Devil’s Cartel from participating retailers will receive an exclusive Hit-Makers Kit. This kit will give players access to a one-of-a-kind T.W.O. Contract mission that will allow them to play as Big Boi and B.o.B’s characters, as well as custom masks and weapon skins designed by the artists themselves.

“One of our primary goals with Army of TWO The Devil’s Cartel is to bring the feeling of watching an action blockbuster movie to the game and adding that great theme song really helps set the right vibe, almost like you’re in the theater,” said Julian Beak, Executive Producer at Visceral Studios Montreal. “And aside from a great song, Big Boi and B.o.B also delivered outstanding performances that are really going to add to the story.” 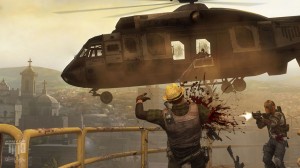 “I love action games, and getting a chance to star in one is definitely something I’m excited about,” said singer-songwriter and avid gamer B.o.B. “Army of TWO The Devil’s Cartel has everything I’m looking for in a great game – intensity and huge explosions and destruction.”

“Partnering with B.o.B on the Army of TWO The Devil’s Cartel theme song and inside the game has been a blast and I can’t wait to load it up, hear the song and see myself in the game,” said Big Boi.

Andre Patton) made history with OutKast from their debut, “Southernplayalisticadillacmuzik” (1994, recorded when Big Boi was still a teenager) to their 2003 swan song, “Speakerboxxx/The Love Below”. One of the biggest-selling hip-hop albums in history – 11-times platinum in the U.S., over 15 million worldwide – “Speakerboxxx/The Love Below” generated three Grammy Awards (including Best Rap Album and Album of the Year) and spun off two life-changing #1 hit singles, André 3000’s “Hey Ya!” and Big Boi’s “The Way You Move” (with Sleepy Brown). His new album “Vicious Lies and Dangerous Rumors” is out on December 11.

B.o.B aka Bobby Ray is an American hip hop recording artist, singer-songwriter and record producer. After his debut single “Nothin’ on You” reached number one in both the United States and the United Kingdom, B.o.B rose to fame and was named the ninth Hottest MC in the Game in 2010 by MTV. On April 27, 2010, his debut album, “B.o.B Presents: The Adventures of Bobby Ray” was released, reaching #1 on the U.S. charts and the album was certified Gold by the Recording Industry Association of America.

Developed by Visceral Games, Army of TWO The Devil’s Cartel re-sets the series that pioneered the co-op experience with an action blockbuster storyline. Players find themselves in the drug-torn streets of Mexico as Alpha and Bravo, two operatives working for Tactical Worldwide Operations (T.W.O.), fighting for justice against a dangerous drug cartel. Featuring both online and split-screen co-op, Army of TWO The Devil’s Cartel gives players the chance to distinguish themselves from their friends by providing a deeper and more advanced upgrade and customization system. From the mask that protects them in battle to the very weapons that keep them alive, players can customize their own Alpha and Bravo to create the deadliest mercenary team as they see fit.