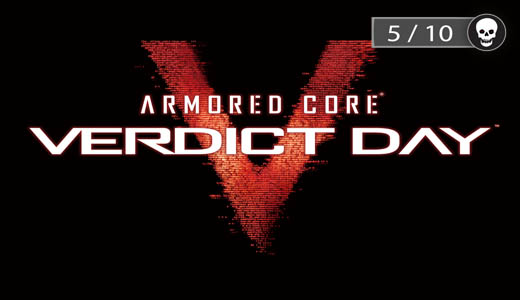 Unfortunately, this game will make you wonder why it is coming out on PS3 and Xbox 360.

The game is set in the distant future where mechs known as Armored Cores are used as weapons. There are three main factions all vying for control although they aren’t fleshed out very well.

The gameplay itself isn’t anything special. You hover around the level using your booster pack. Combat generally happens in a typical get close enough, lock on and shoot manner. You are able to climb up buildings and walls and some of the items in the world are destructible. In a very outdated fashion, regardless of how the items are destroyed, they will act like they blew up. This means just knocking the edge of a crate with you foot will cause it to act like you just shot a missile at it. 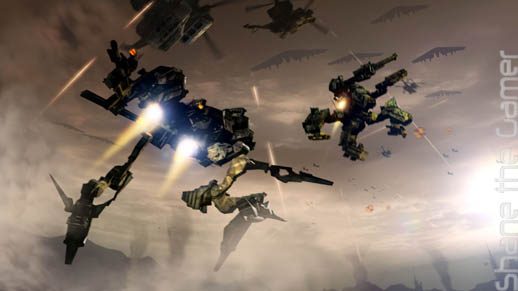 Probably the best part of this game is the mech building aspect. There is a plethora of different items and weapons you can equip to your Armored Core. It is all a bit confusing and off-putting at the start but it gets better once you understand what everything is. Weapons are aligned to one of three different attack types. Each attack type has a corresponding defence level for armour. Balancing these different types adds a little bit of extra strategy to loading out your Armored Core.

I had to spend a fair portion of my time at the start trying different weapons to find some I like. There seems to be a weapon for every sort of different play style and then some. I really can’t believe that anyone would ever want to use some of the weapons I tried.

Items can be purchased at shops or unlocked after missions. More items are unlocked at the shop as you level up.

There are two game modes featured in Armored Core: Verdict Day; Story Mode and World Mode. The worst part of Story Mode was the story itself. I lost interest within the first couple of minutes. You play as a mercenary doing standard contracts for money. Most missions can be summarised as destroy all enemies.

There is a story that develops as you go but it isn’t at all interesting and will not keep you hooked. You are able to play through the story mode with another Armored Core. This can be a friend, someone online hired as a mercenary or an AI controlled UNmanned Armored Core (UNAC). 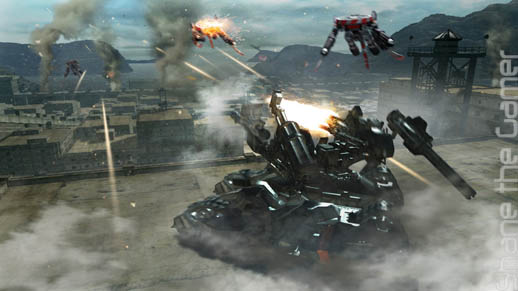 The World Mode is probably the biggest draw card. Here you can create or join a team aligned to one of the three factions and battle it out on an online persistent world. The world resets after a certain amount of time or when a team eliminates both the others. You are also able to hire out your services as a mercenary to other teams in order to make some quick cash and so you actually have other people to play with.

While I enjoyed battling with and against others, I still felt as though this mode was somewhat underdeveloped and a bit boring. You will also find yourself doing the same things over and over again. Also, it generally takes ages to find other players online to play with. 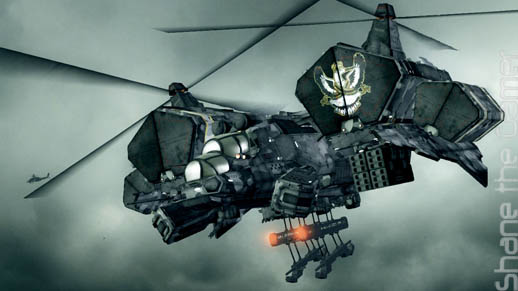 One thing this game doesn’t do well is balancing things out for newbie players. At the start I felt completely outmatched by opponents with better weapons and more experience than me. Overall, I feel there are other games out there that have done a persistent world much better than this.

Both of these modes suffer from poor level design. Each level lacks a sense of character or charm about it. The setting for each is also repeated, which does get annoying. Levels are generally massive however they just feel empty.

This wasn’t helped by the atrocious graphics which make everything look awful. Armored Core: Verdict Day is by far the ugliest game I’ve played in a long time. It combines graphics which would have been unimpressive on the PS2, an unpleasing art style and underdeveloped environmental models. The result of this makes you wonder if you are actually playing a current generation game. 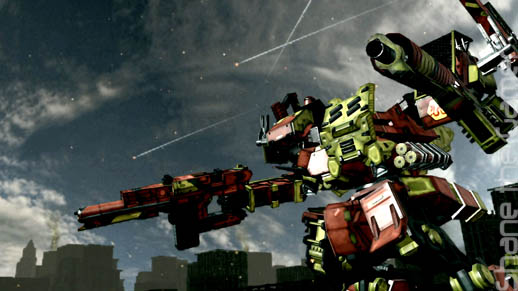 While the graphics may win the award for worst part of the game, the sound easily comes in a close second. An annoying computerised voice, average voice acting, below average sound effects and irritating music all come together to further make you feel like you are playing a last generation game. Personally, I think this is a game enjoyed best with the music turned off.

Armored Core: Verdict Day is a game that fails to live up to the brilliant idea it has envisioned. In many respects it feels like a game that should have been released last generation. There is nothing special about this game at all. The graphics is at such a low point that is starts to affect an already uninspired gameplay. Overall this is a game for diehard mech fans only. Hopefully the developer, From Software, will get it right next time.