Andy Gavin on The Last of Us – Review 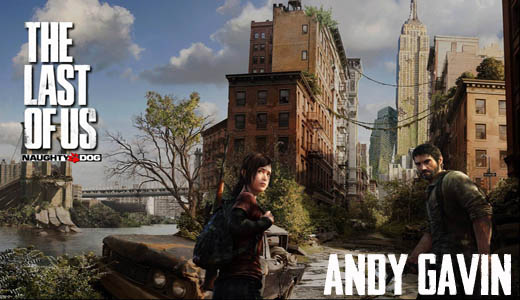 Andy Gavin, co founder of Naughty Dog Game Development Studio gives us his view on the game changing exclusive PlayStation 3 title; The Last of Us.

With The Last of Us, the trajectory Naughty Dog has been pursuing for  over a decade reaches for and achieves new heights. This synergy of world building,  gameplay integration, emersion, and story telling  really began with Jak & Daxter. True, with Crash Bandicoot, we made  inroads in all but the last (anyone remember the “Crash, can you find my battery?” plot of Crash 2?). Crash focused on integrating addictive gameplay with a consistent, coherent, and lavishly produced setting (I’ll include character in this setting), but it didn’t have any true story  or drama. The Jak franchise introduced a more elaborate narrative and characters with more complexity, particularly in Jak 2 where we  started integrating the cinematic segments in a  more interwoven fashion. The Uncharted franchise took this to new levels, essentially becoming Indiana Jones type movies that you played, but TLOU climbs yet another step further, delivering characters you care about , true drama, and intense cinematic language  while preserving a completely coherent style and intense gameplay. Everything about the game serves to reinforce the overall tone: the pathos of two people trying to heal in the face of great horror. The art design is fabulous. Again, even though the Art Director (Erick Pangilinan) is one of my best friends (obviously biasing me) this is objectively true. It’s certainly one of the best looking games to date. There is a deliberate choice to heavily light — stylistically overlight — the entire game. While there exist some dark underground parts, for the most part, the lighting is luminous. Intense white light (think Minority Report) starkly bathes this ruined vision of America. No gloriously decayed texture is left hidden. Closeups of characters show every stain and frayed thread in clothes worn for months (perhaps years?). This is a world  of contrast. Lush greenery has reclaimed much of the urban landscape, yet crumbled concrete, rusted steel, and burned out cars litter the scenery. As do sordid blood stains and desiccated corpses. There is a sense here of great violence, and desperation, much of it in the past. Little details abound. Shrines to dead loved ones. A tiny grave marked with a teddy bear. Family photos. Rarely does it look cloned or stamped (although that door with the weird seal is everywhere) . Nor, despite a strong and coherent visual style, is it repetitive. As we move from the Northeast to the Heartland to the Mountains the scenery — and even the seasons — keep changing. Weather is used to great effect. The rain in early Boston sequences is stunning, as is the chilling lakeside blizzard late in the game’s second act…

To read the rest of Andy’s review, click here and also check out his Official Blog.
[jwplayer config=”STG Player” mediaid=”4303″]
*This is a re-publish, with permission from Andy Gavin’s Blog: http://all-things-andy-gavin.com/ Shane the Gamer thanks Andy who is the Author of the above article for allowing us to re-publish. Head over to Andy’s Blog and show him some love and buy his latest Fantasy Novels; ‘Untimed’ here and ‘The Darkening Dream’ here.
Scroll Up