Alone in the Dark iOS – Review 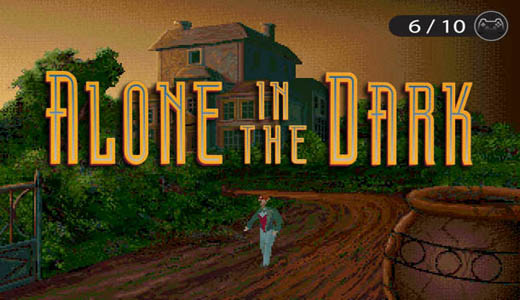 Amongst the plethora of Apps and Games within the Apple Appstore there are rejuvenated, reworked and resurrected classic titles from the origins of great gaming.

Games that set the benchmark for what we enjoy today.

From emulators through to early point and clicks.

One of the latest offerings is the MS-DOS based Alone in the Dark, originally released in 1992 and a legend that gave birth to the horror survival genre. 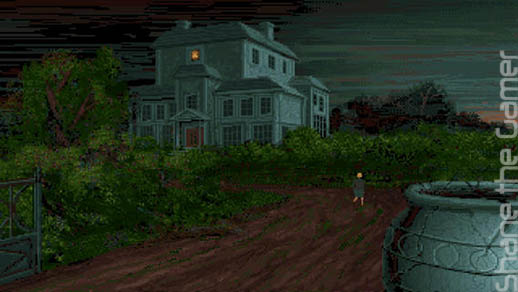 Edward Carnaby the Private Investigator is the main protagonist of the Alone in the Darks that we are used to now, however the original also featured Emily Hartwood as a selectable and playable character.

After a suicide of Emily’s cousin; Jeremy Hartwood within the Mansion an investigation is triggered.

Events are now set in place and once entering the old house and unwittingly stepping into the supernatural, the Detectives scour the Mansion, called Derceto, for clues. 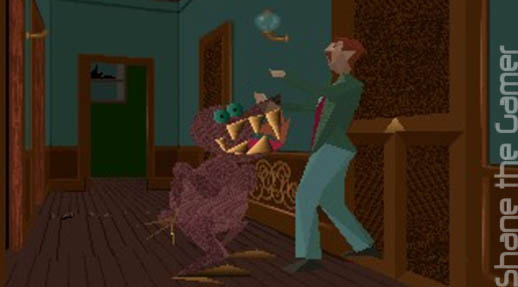 What they do not expect is for the evil within to be a fearsome obstacle in their way.

The entire game plays out within this Mansion and even now, with the titles that we are used to like Silent Hill and Resident Evil this old vintage still offers up a few frights here and there.

Alone in the Dark on iOS is a complete port, encompassing the original controls and screen swipes as you enter different areas of the Mansion. 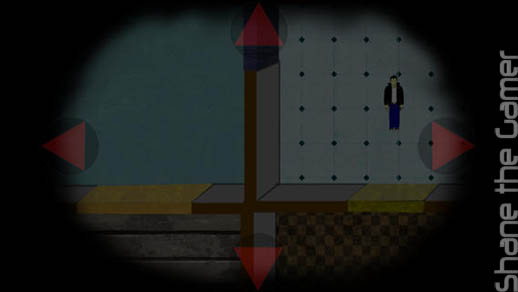 Of course there is no keyboard with an iPad or iPhone to enact gameplay so this is replaced with on screen Arrow buttons.

Unfortunately this makes playing the game a little clunky and complicated. Especially when having to partake in combat against a other worldly being or the undead.

Having a RPG flavour to it complete with a very restrictive Inventory, I was taken back by how deep the game was and the length of play through it all, given its age. You will push, pull and pick up objects within the environment and use items found to get through the game successfully. 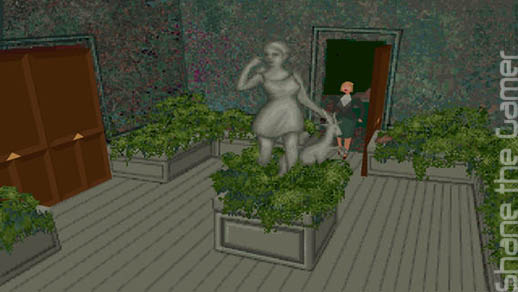 Also do not expect to be blown away at the graphical prowess of the port, it’s original pixels are there as they were in 1992.

I can see retro gamers and fans of the MS-DOS version lapping up this App and reliving their gaming days of glory when things were a bit more simpler and home computers were all that more chunky.

And, I think this is the market it is aimed for. 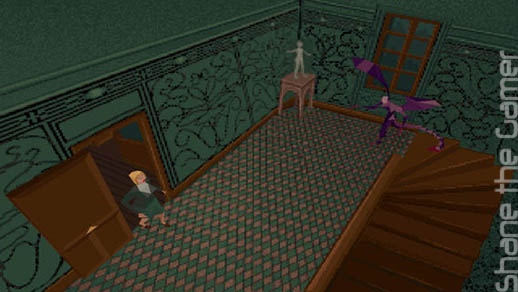 If you were a player of the very original, then you should not pass this up, the same to be said if you are curious as to what games were like twenty years ago or want an education on how the horror gaming genre began.

Developed by Kung Fu Factory for iOS and released by Atari the Alone in the Dark is available now.