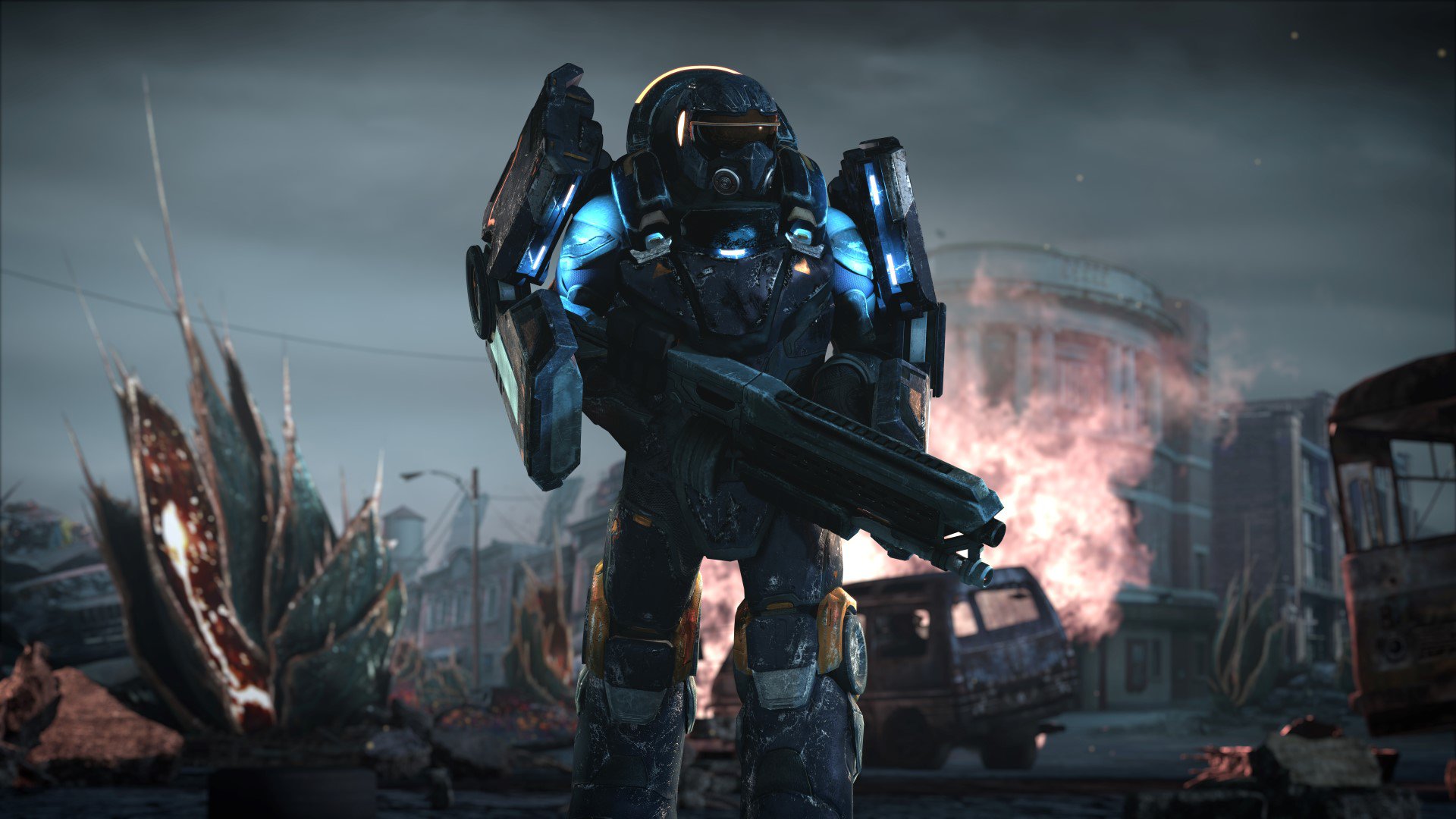 There is definitely no lack of isometric twin shooters these days and many of them are extremely average titles that can not always get the fundamental basics right.  After dabbling with Dead Nation from Housemarque many years ago it was clear this team knows what they are doing and when it was announced they were doing another twin stick shooter named Alienation they had my attention and curiosity. 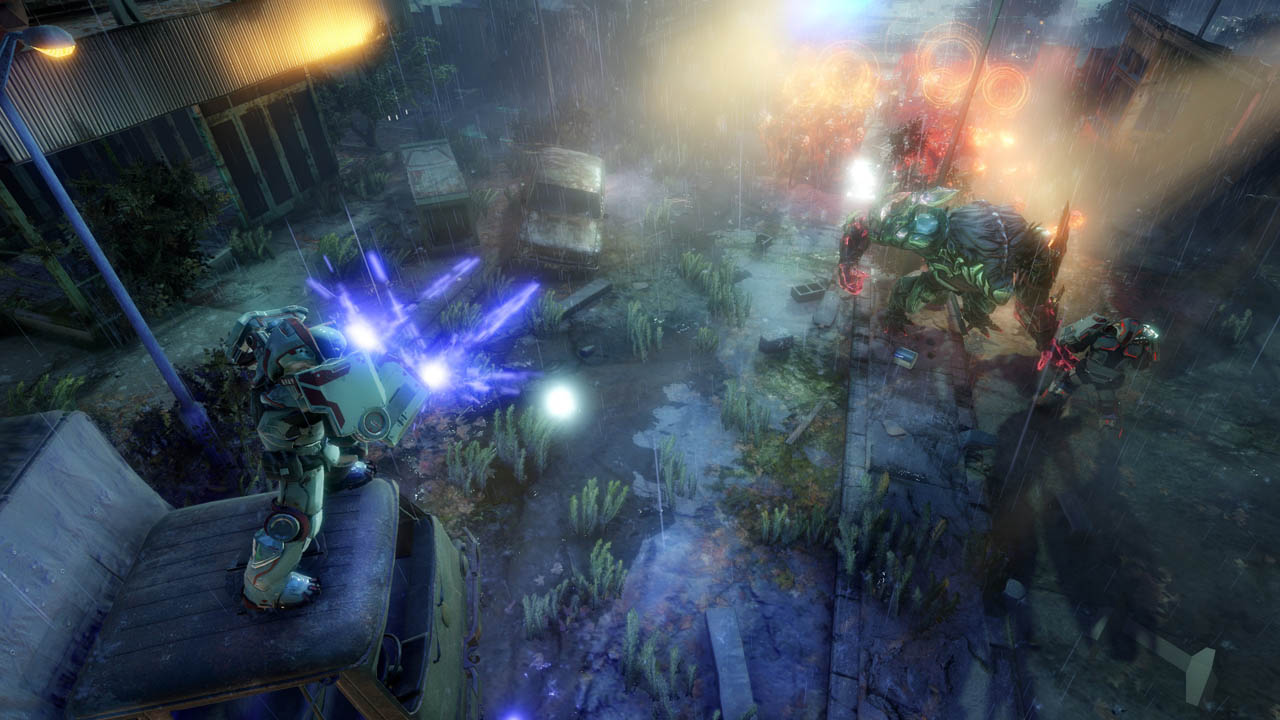 Kicking straight into the game, as I accidentally missed the tutorial, I immediately felt myself concerned it was more or less a reskin of Dead Nation.

The aliens slowly walking towards me in mass for the shooting felt exactly like a zombie game and not really an Alien invasion game. Fortunately it was not too long until those concerns were at least eased upon discovering aliens that could shoot and run.

Being still a little cynical that the Aliens were going to be rare at best, I was very happy to discover that the further I got, the more Aliens there were and less waves of the mutated humans; the zombie like characters I mistook for the Aliens early on.  This really was important as the aliens and their differences in both the way they look, move and attack adds a lot of variety to the twin stick shooter game. 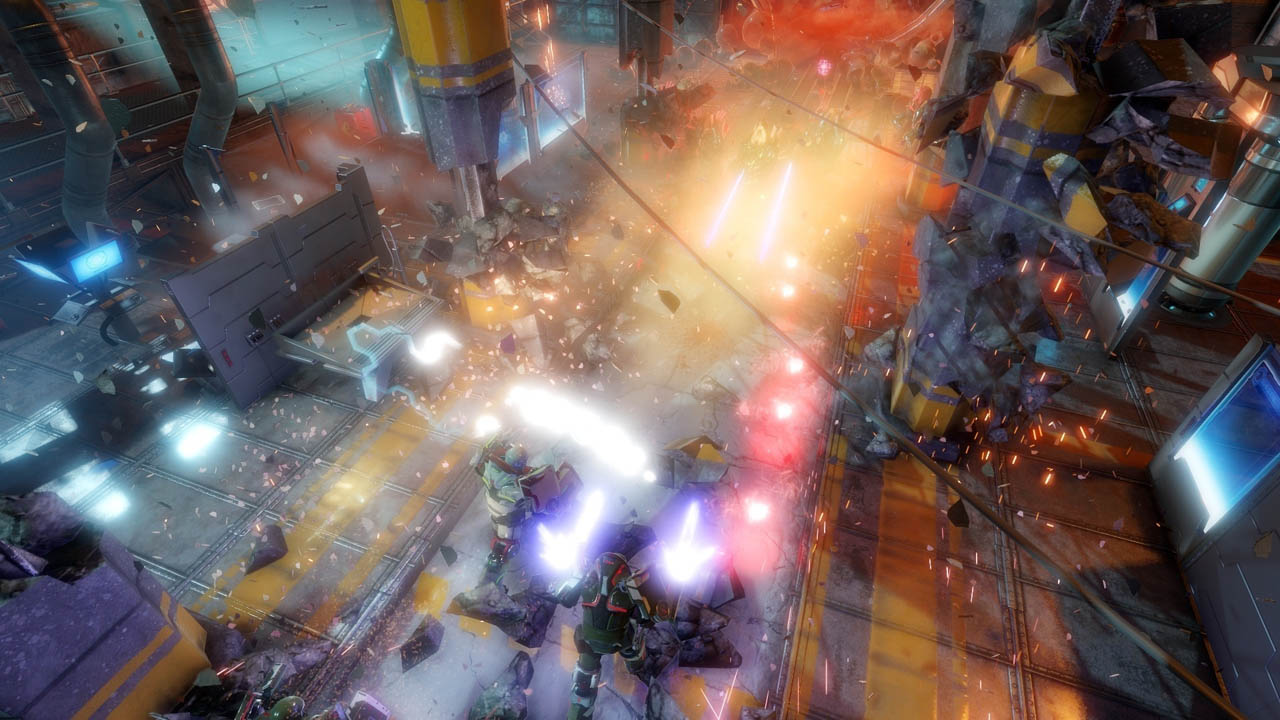 I am sure most people know how a twin stick shooter works.

One of the sticks move your character around and the other aims, sometimes coupled with shooting. Alienation gets this core element perfectly.  The movement is so smooth and functional and coupled with the use of three weapons, normal, heavy and light, as well as a throwing weapon and a special ability in a mission, gives just enough variety in the gameplay to make Alienation stand out.

Twin stick shooters tend to get a little tedious as it is tough to add variation, but with the assortment of  enemies and weapons you carry, there is just enough to keep the game from becoming tiresome. 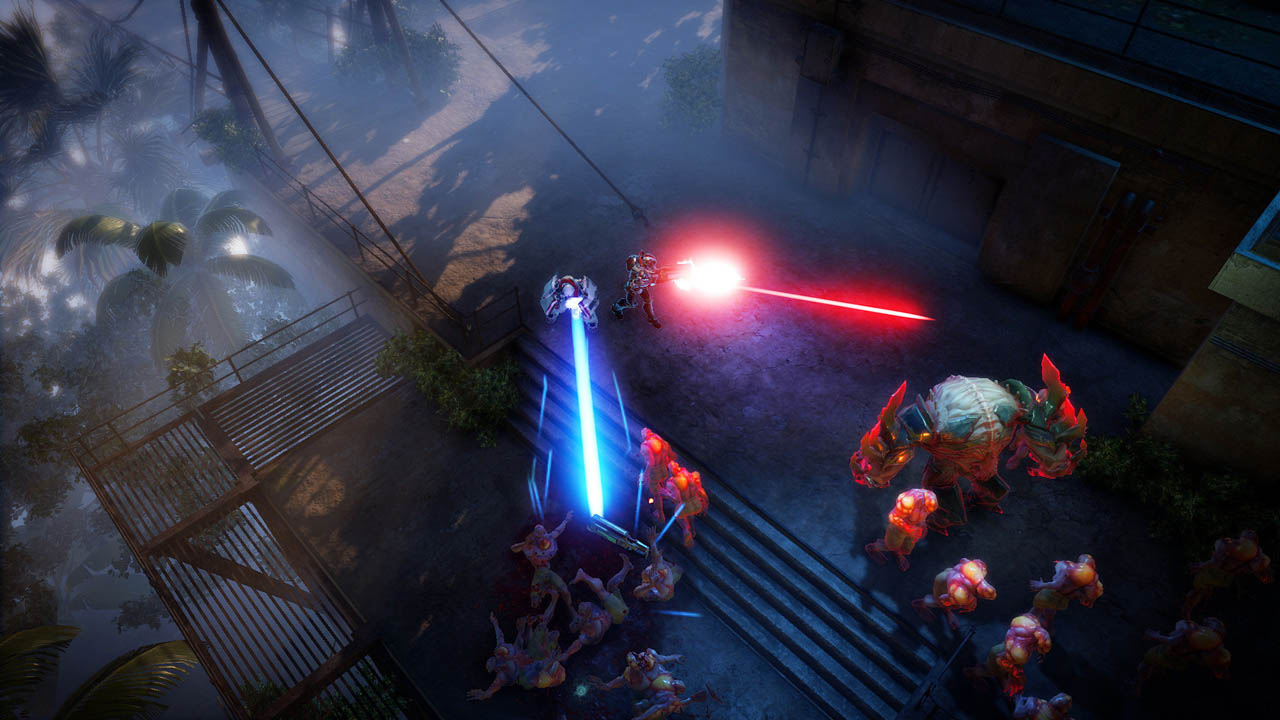 One area that the game really excels in is loot drops and weapons, not so much in the variety but the upgrading.  You can upgrade your weapons in two main ways, the first of which is by equipping materials to the weapons slots which increases stats and the other is using certain materials to reroll the stats.

The upgrading is relatively straightforward.  You get materials, you can combine those materials to make stronger versions of those materials and you can equip them (in the strength of your choosing) to your weapons slots which vary from weapon to weapon.  The re-roll of stats on the other hand is interesting.

Basically you use materials exclusively for re-rolls, pick a stat and it will re-roll the value of that stat.  This means that each time the result is random, you might get a hefty increase, a hefty decrease or only a slight change.  This adds an interesting element of gambling to it.  If you re-roll a stat that is low then there is minimal risk, but if the stat is three quarters full you then have to weigh up the risks as you may not have the materials to recover from a big drop and just having enough materials for a few rolls does not always mean an increase.  While this adds an element of luck, it really struck something in me for being different. 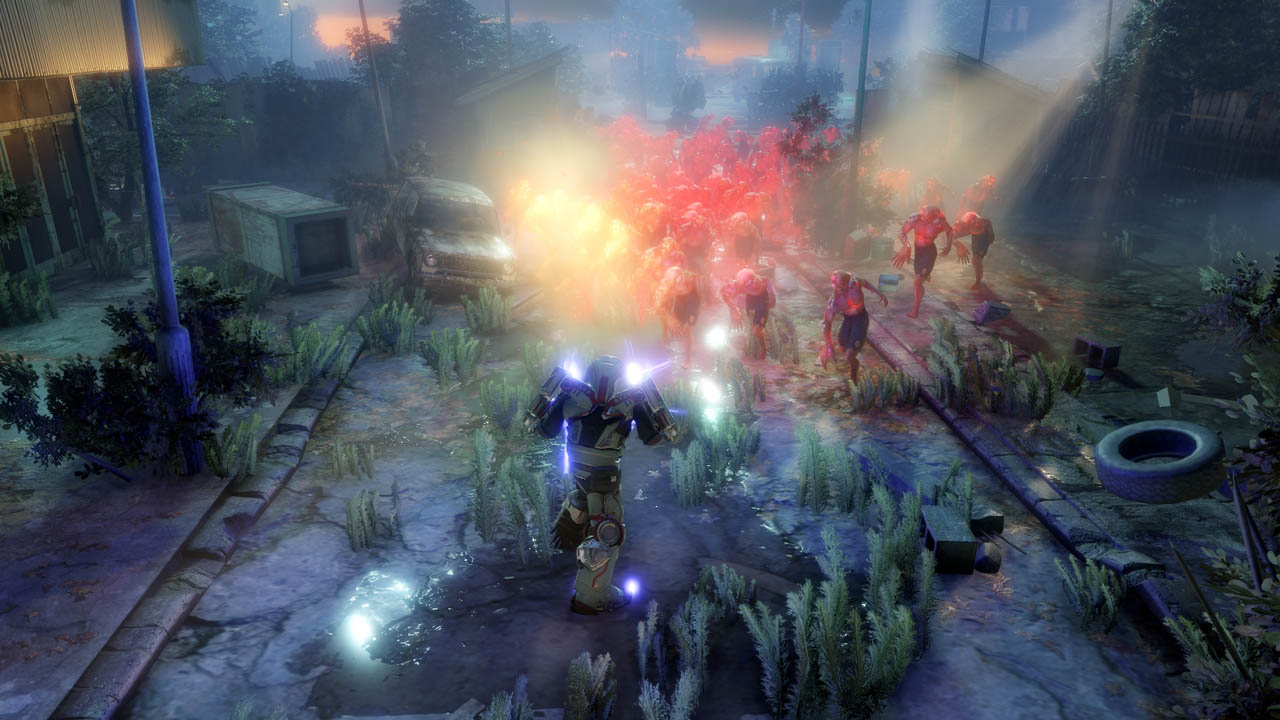 One of the most important factors I did not expect to enjoy is the online components.  When you choose a mission there is a list of people already doing the mission and how many people are in the party of up to four and the difficulty it is being played on.  You can either start the mission on your own or you can jump into another party.  The other party leader can deny other people joining or let you in, most of the time the other party let me in, which is great because the game is a lot more fun with other people, even if you do not communicate with them.

Throughout the many hours of playing in random parties with people in a variety of countries I never even experienced a rubber banding character which is really quite impressive as I was playing with people in countries all over the world.  Added to this global playability is a country ranking system based on the average experience people have in that nation.  It is a minor feature but something I could not help check out where New Zealand was every so often. 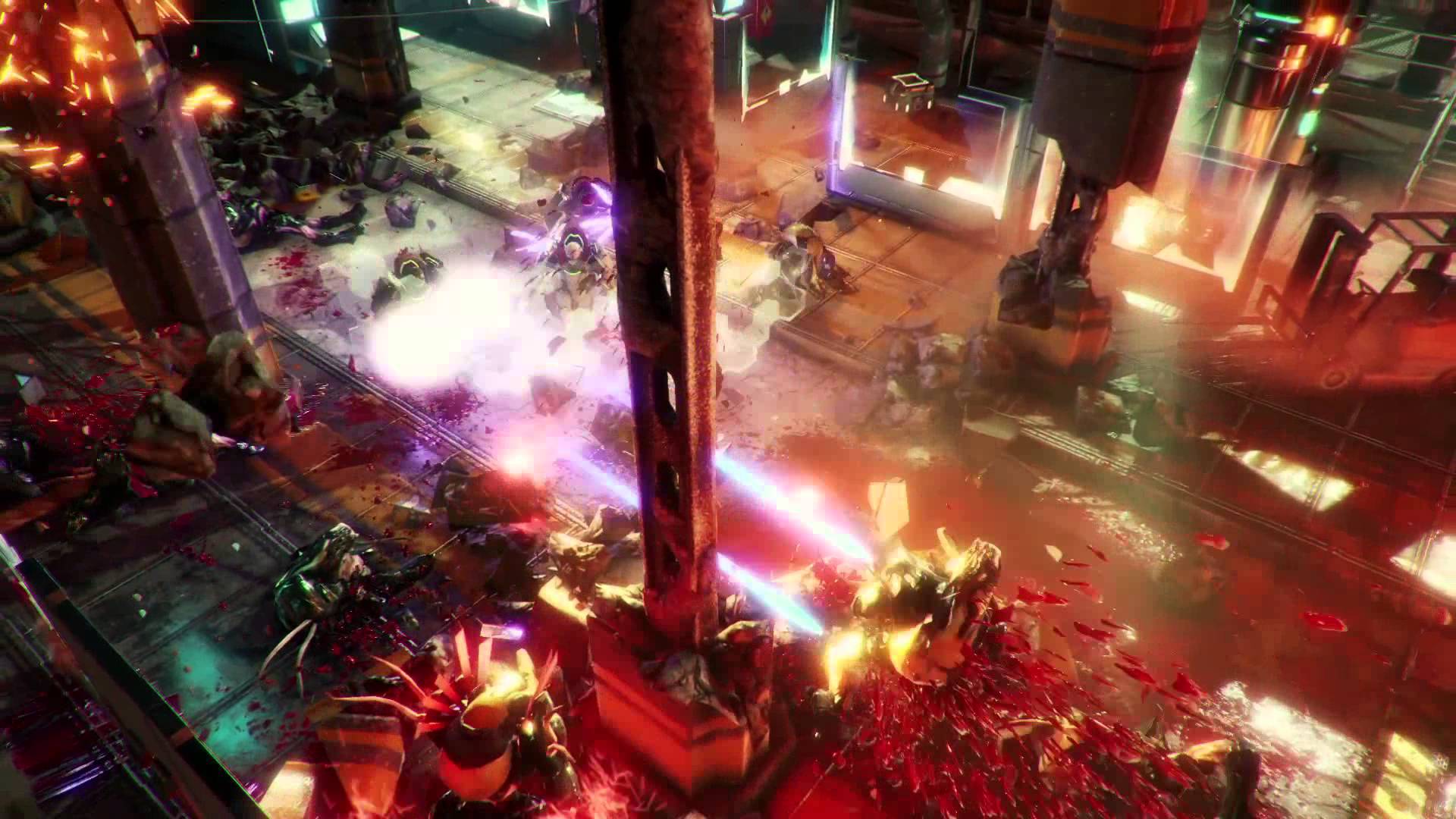 Alienation was considerably better than I expected. I thought it would be solid but the amount of fun I had far exceeded expectations.  I have been racking my brain trying to fault the game for something for hours but it is really tough. Its gameplay works well, it has variance in enemies, the weapons upgrades systems and the online features just work so well and now if you will excuse me I am going to go play some more Alienation.