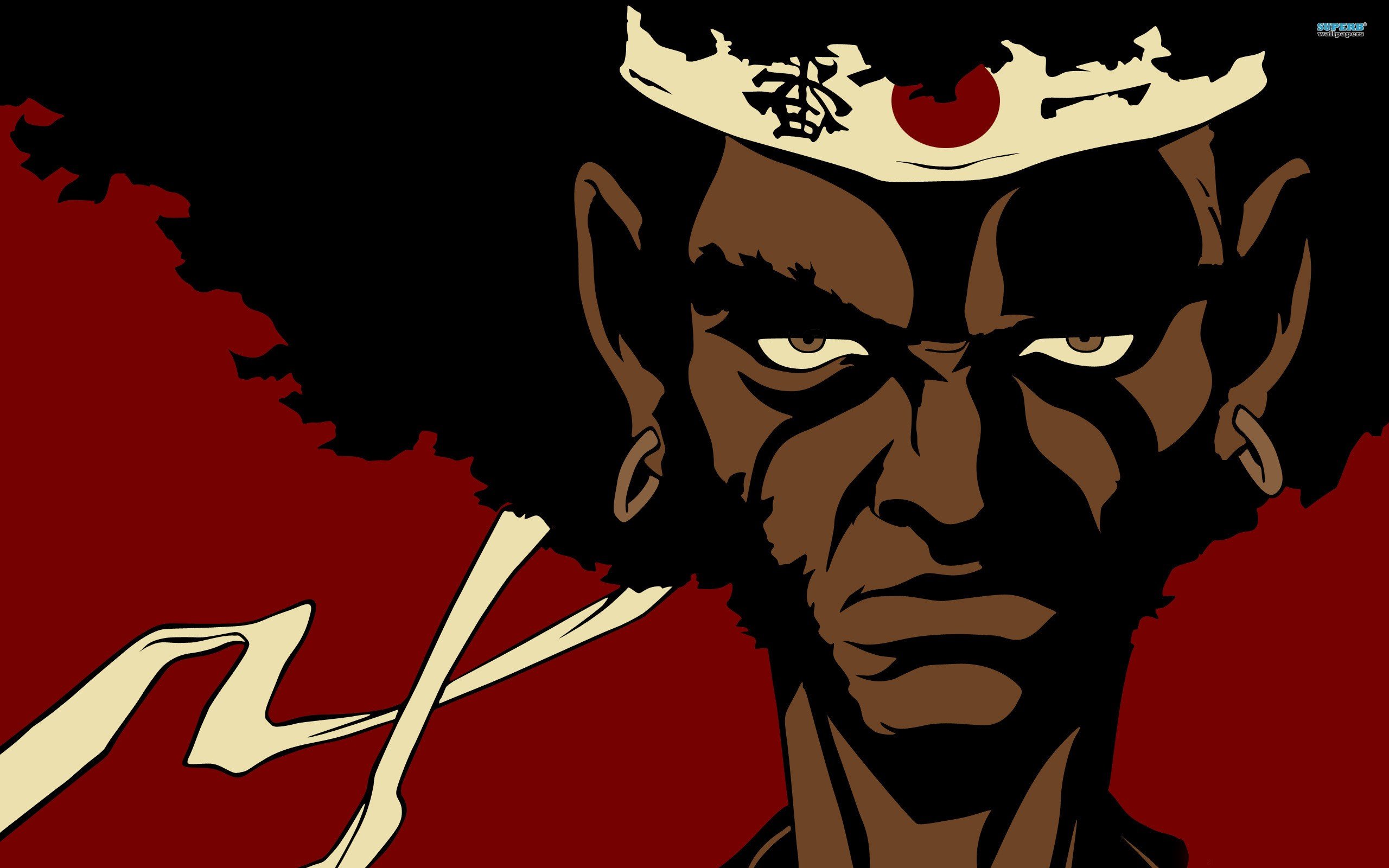 Afro Samurai was one of those animes that everyone seemed to have seen except me.

An anime made by a Japanese anime maker specifically for an American audience that pulled in some American big hitting actors, it was set up to succeed. It did and I never saw it. Now in the collection with the movie in tow, it seemed like a good a time as any to check it out.

Spoiler; it is excellent.

Afro Samurai follows Afro who watched his father get killed in front of him for the headband he wore. In this world there is a number 2 and number 1 headband which shows your status as a warrior. The only person who can fight number 1 is the one wearing number 2. Anyone can fight number 2 so it is certainly a risky proposition. 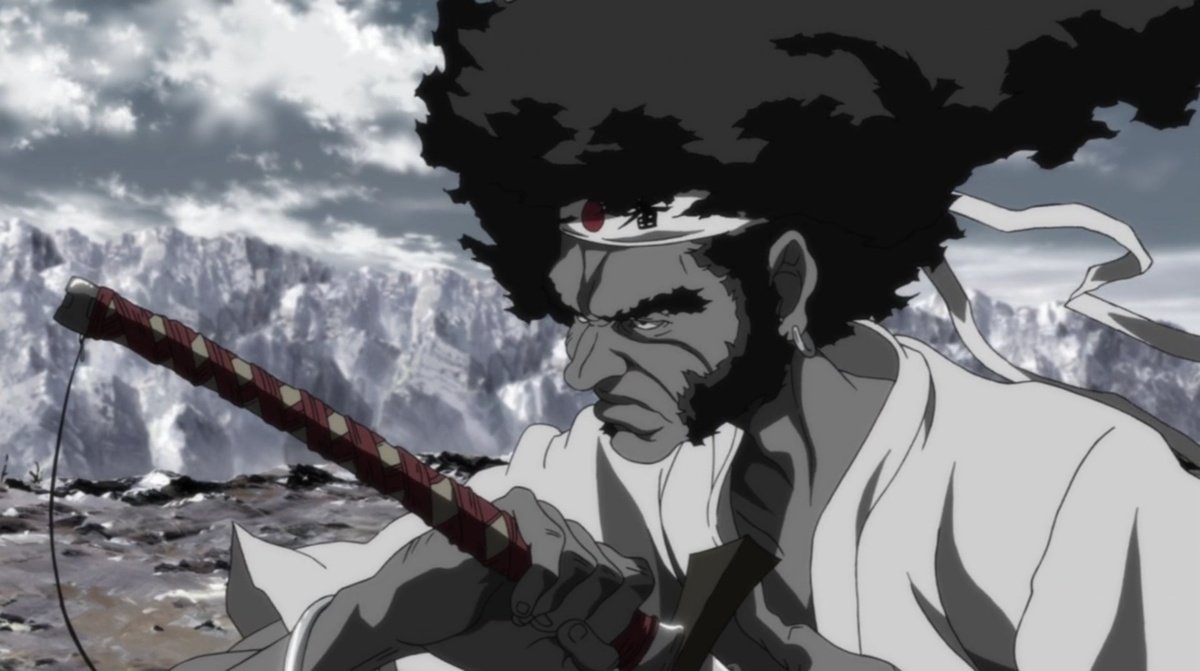 After witnessing his father’s death Afro grows up fixated on his path to kill his father’s killer, Justice. The show pretty much kicks off with him already as number 2 and as such he is constantly being hunted as he tracks down number 1.

Aside from its striking art style, one of the most interesting aspects of the show is its use of advanced futuristic technology, old timey Japanese clothing and architecture. It uses the old traditional styles that give a cool rural Japanese feel, then every so often super advanced technology like cybernetically enhanced people roll in which is an interesting feel.

The show is extremely violent and an action spectacle for all five episodes. We get some flashbacks that flesh out Afro’s backstory which is good because present day has him saying little to nothing. Most of the interesting dialogue is his companion Ninja Ninja. Both Afro and Ninja Ninja are voiced by Samuel L Jackson with Afro being a subdued voice, and Ninja Ninja being the usual energy we are used to hearing from him. 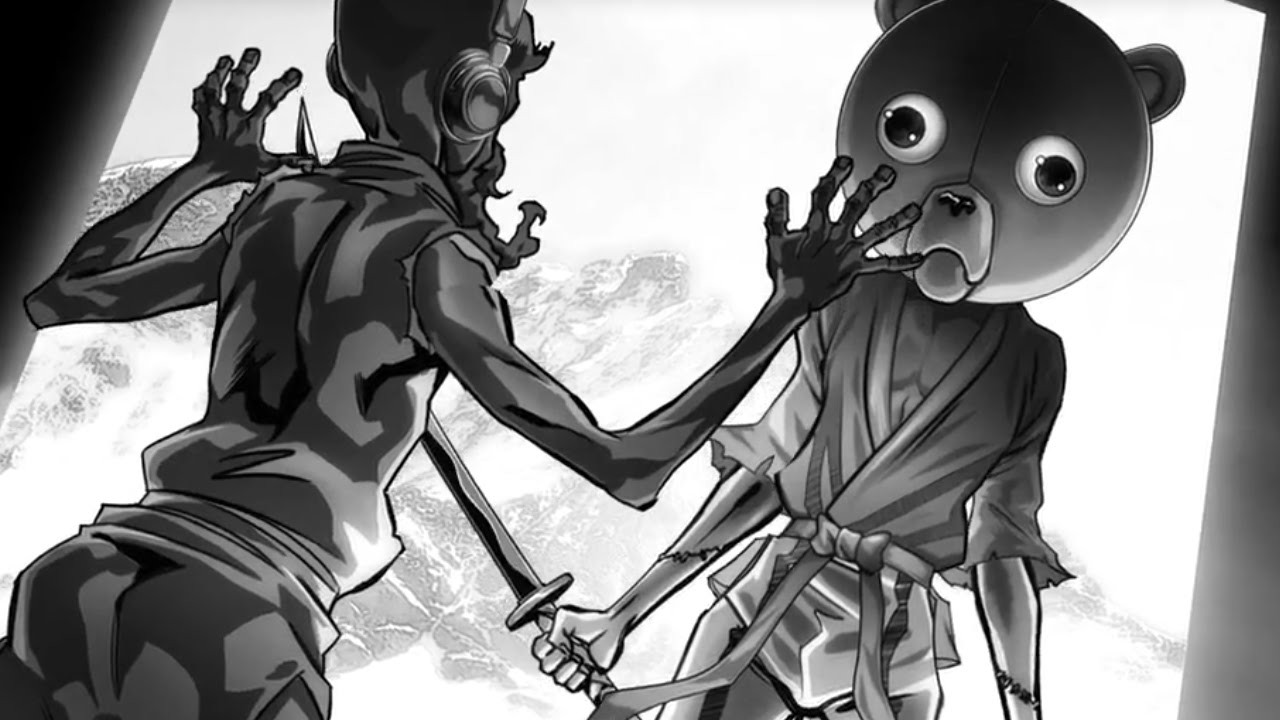 Then there is the movie in the package Afro Samurai: Resurrection. If you haven’t seen the show yet and I have intrigued you, go watch that first as I am about to spoil the show.

Afro Samurai: Resurrection kicks off after Afro has taken the number 1 band and spends his life in his relative seclusion. As with the series where he is on a warpath for losing his family, now others are on warpaths to get him back for killing their families.

The movie is a great super long episode of Afro Samurai. The colours are a bit brighter which is a big change from the show but aside from that the tone is generally the same. Sio is an awesome villain, and the fact that our protagonist is in the place of the antagonist makes the show an interesting watch. Having Ninja Ninja back is sweet too.

If you haven’t seen Afro Samurai yet, don’t be me, correct that ASAP. Awesome music, absurd violence, and gorgeous animation makes for one hell of a good ride. That’s all the show is, an entertaining, fun, violent ride. Samuel L Jackson being so talented helps that. 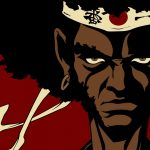