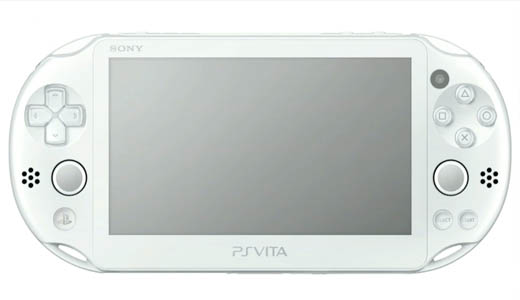 UPDATED – Yes, the new kid on the proverbial handheld gaming block is already getting a rework and a revamp, initially, for the Asian market. Now we have official word it’s coming to AUS and NZ.

We do know that the new console will be 15mm in width – 20 per cent thinner than the existing model – and weigh 219g, making it around 15 per cent lighter.

There will also be 1GB of builtin memory, something that the first model sorely needed. This means you can save your Games Saves and some light data to the console itself.

The new Vita will also feature an improved battery life (boosted by an extra hour, now up to six hours gameplay time). And it’ll be available in a range of colours: yellow, pink, white, gray, lime green and light blue.

However for some reason the OLED screen has been replaced by an LCD.

“Thanks to the rapid progress of LCD technology in recent years, the new display provides users with the highest-level image quality, perfect for deep and immersive gaming experience that is at the core of PS Vita,”as say Sony. “The new Vita has been developed to be more casual and friendly for a wider range of users”