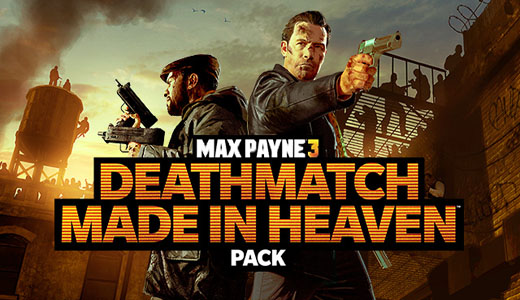 Rockstar released today a Deathmatch: Made in Heaven DLC expansion pack for Max Payne 3, which brings four all-new co-op and competitive modes to the realm of Multiplayer with a host of new close-combat weapons, plus Items, Achievements and more.

Fight endless waves of enemies as Max and Passos – using teamwork and skill to earn Grit and open up new areas of the map as well as weapons, weapon attachments, painkillers and ammo. See how long you can fend off the bloodthirsty onslaught and rack up big points. 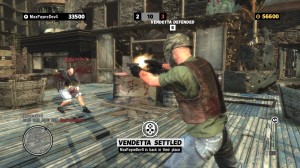 This all-new competitive multiplayer mode casts one random player in the role of the diabolical Saci, Captain Baseball Bat Boy’s nemesis – using superior strength, unlimited stamina, and a deadly combination of the new Stun Gun and a weighty melee attack to try and turn all the other players to his side.

This vendetta-fueled take on Max Payne 3’s Deathmatch mode awards extra points for successfully exacting revenge on adversaries as well as surviving Vendettas placed on you by other players.

Rack up the kills before time runs out in the new Time Attack Deathmatch mode, where taking out multiple targets within a short period of time will earn you considerable bonus points. 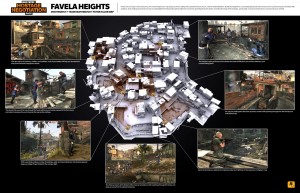 The Deathmatch Made in Heaven Pack also includes the new single-player Challenge Arcade Mode – keeping you on your toes and putting your skills to the test across each level of the game’s story with impromptu challenges like registering headshots, dispatching enemies with explosive kills or any number of direct objectives.

The Deathmatch Made in Heaven Pack is now available on Xbox LIVE and PC, however PlayStation 3 owners in AUS and NZ will have to hold fire until the 30th of January 2013.