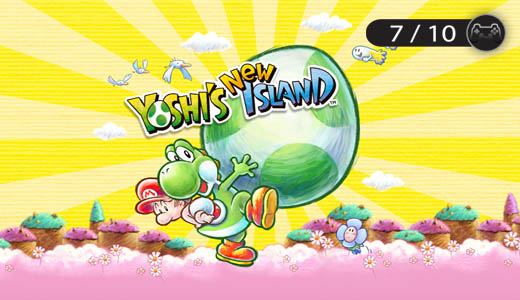 One baby is saved, the other is kidnapped. It is upto the Yoshi clan to keep Baby Mario safe and rejoin him with his brother Luigi in this cute, bright and artistically styled new Island Adventure.

Yoshi once again moves from his usual cutesy sidekick  role to hero and traverses a wide variety of worlds on a new island to help Baby Mario reunite with his kidnapped brother.

In a 2D platform style you will need to utilise the already well known flutter jump, enemy swallow and ground pounding to destroy enemies in your path. 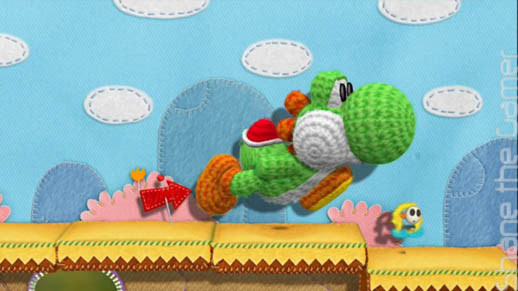 Swallowing enemies turns baddies into eggs, which can be thrown to overcome challenges. However this time, two giant eggs enter the mix: The massive Mega Eggdozer plows through the environment and opens up new areas (including hidden zones) and the Metal Eggdozer which if used strategically can be used to roll over enemies or explore underwater areas.

The new island that Yoshi and Baby Mario explore together contains six worlds full of a variety of Levels. 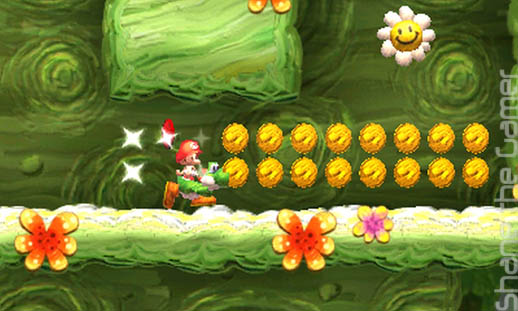 Thankfully Nintendo opted to refrain from having time limits on their Levels, as they seem to have a penchant for, so it’s total freedom to explore.

With Baby Mario in tow the duo will visit all manners of different locales – from slippery snow slopes to watery wonderlands – overflowing with creative platforming challenges, wild enemies and a ton of collectibles. 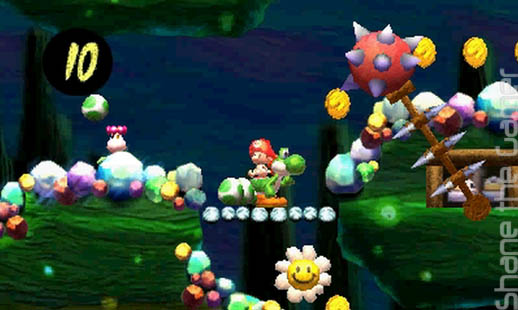 The different worlds in the game are not varied in game play alone. Each world features a different beautiful art style, including ones inspired by watercolor paintings or crayon drawings. Yoshi will also need all of his skills to battle a larger-than-life boss that awaits at the end of each world.

At certain points in Yoshi’s New Island, Yoshi will be able to transform into many different vehicles and objects, including a helicopter, a mine cart or even a jackhammer. 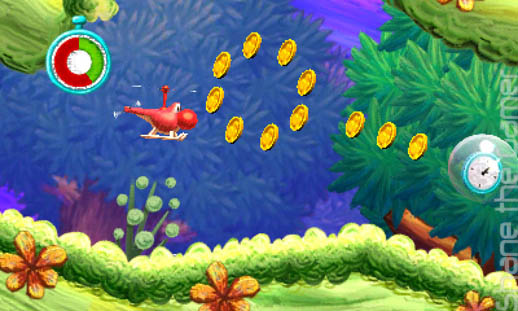 These transformations help Yoshi make his way through special areas and are controlled using the gyroscopic controls of the Nintendo 3DS system. By grabbing a special type of star, Yoshi transforms into Super Yoshi, giving him the ability to soar through the sky or run along walls and ceilings.

Yoshi’s New Island also features helpful items like the Flutter Wings, which let Yoshi fly through the air. This item is great for the more difficult Levels. 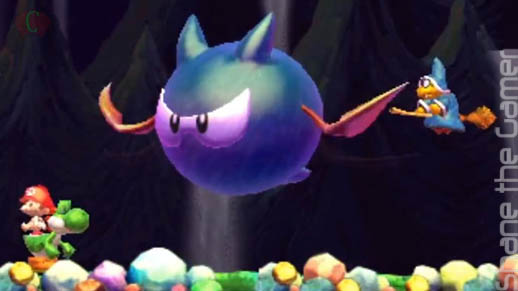 Pretty much setup to be a Single Player title, however after completing the game you can team up with a friend in the two-player mini-game cooperative challenge.

In this mode, two characters compete in six mini-games like Eggy Pop, which asks players to use eggs to pop balloons, and Flutter Finish, a contest to flutter jump the farthest. 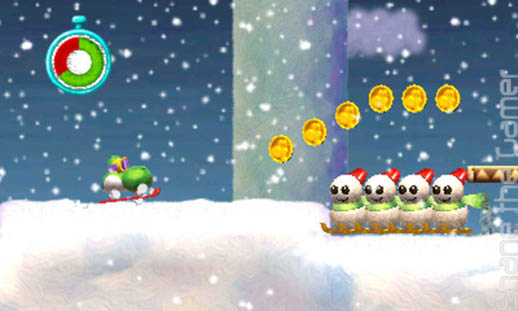 By way of using Download Play, two Yoshi fans can play this together using only one game card, or connect via local wireless.

Yoshi’s New Island is a game that has been designed for not only ease of play (although there are some very tricky parts), but for both fans of the series and newcomers and is the third game in the Yoshi’s Island series since Yoshi’s Island DS was released in 2006. 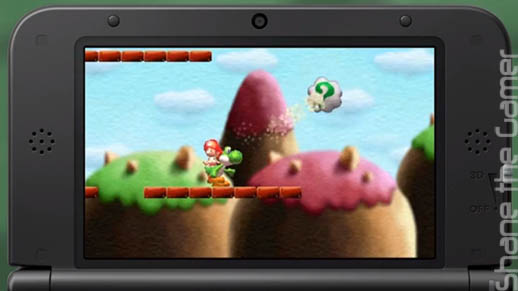 Another enduring Nintendo franchise that compliments the 3DS.