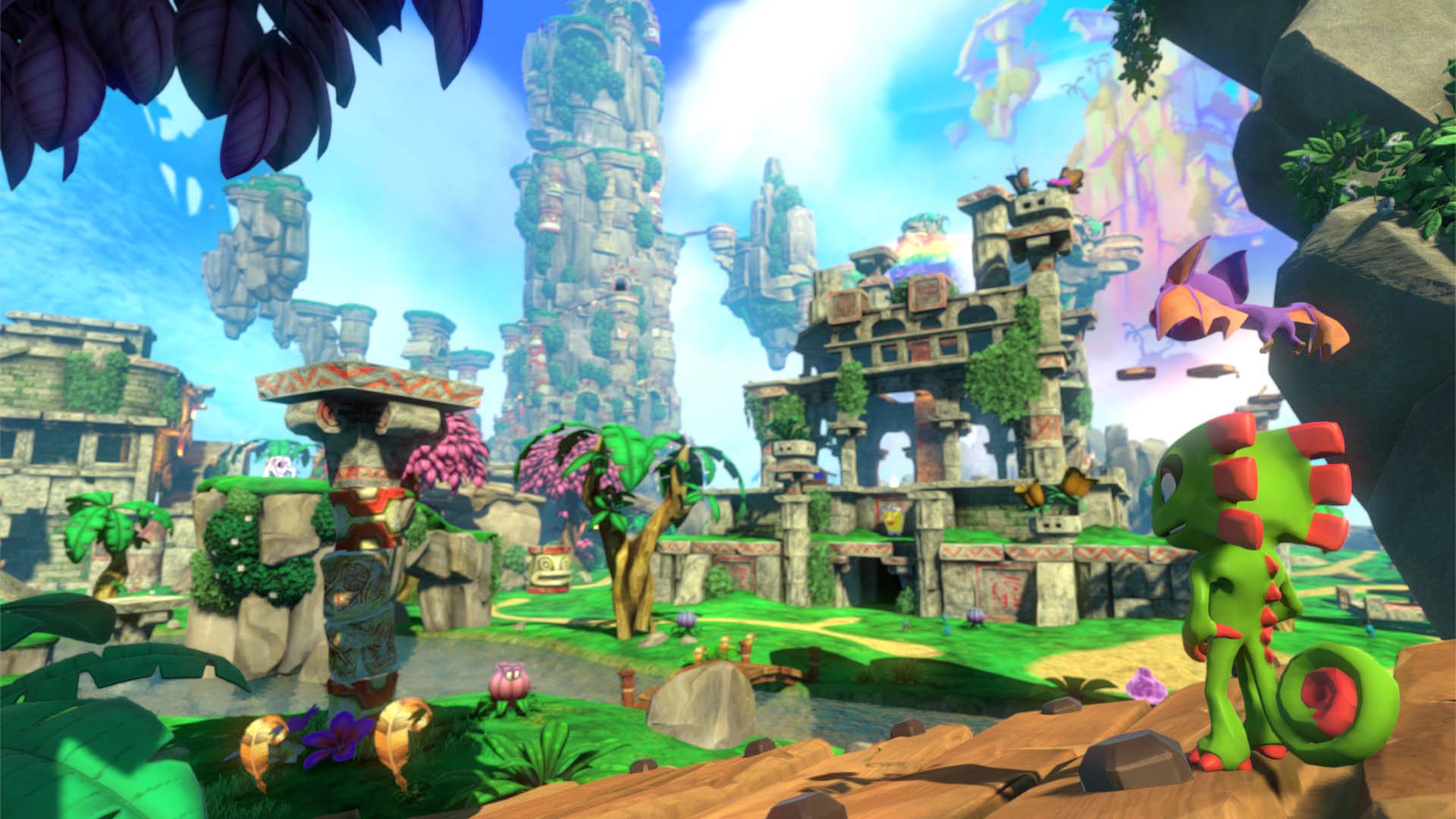 After a strong and successful kickstarter campaign, many eyes were on what Yooka-Laylee would be.  The promise of Banjo-Kazooie developers, now an indie team, Playtonic Games, making a game as a throwback to the mascot platforming error resonated with so many of us. Now the fruits of Playtonic’s labour has been released, and it’s good.

Yooka-Laylee tells the story of a chameleon named Yooka and a bat named Laylee who witness the destruction of an important, sentient book at the hands of Capital B along with his assistant Dr. Quack, a duck head in a jar on wheels. Capital B and Dr. Quack are working for a corporation collecting books for world domination, when the super powerful book breaks himself apart into individual pages, called Pagies. From here Yooka and Laylee embark on their journey to collect the Pagies to beat Capital B. The plot is thin, very silly, but brings its own dumb charm to the game that fits in well with its decades old peers. 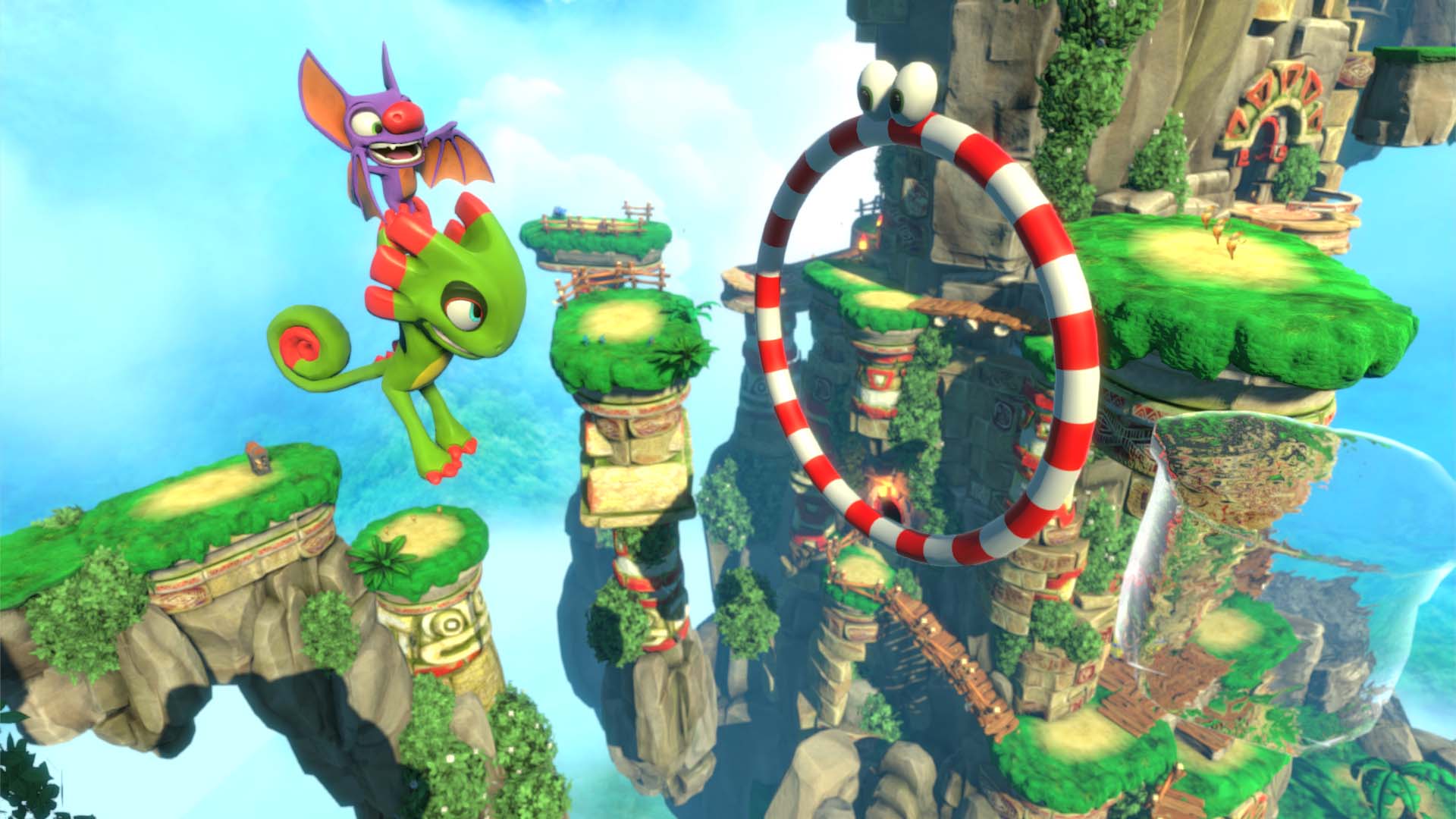 The gameplay itself is simple.

Yooka runs around doing spin attacks, being able to roll fast, while Laylee sits on Yooka’s head helping with jumps, gliding, sonic attacks, and later in the game flying.  Throughout the game more attacks become available, but they are mostly based around the above functions. Using these skills, you will venture around the hub world, entering tomes each with their own theme, such as Aztec jungle or the snow/ice world in the hunt for Pagies.  Each tome has a boss to be found, each of which is cleverly hidden, either deep into an area or at the end of a challenge, which only nets you a Pagie comparable to any other challenge.

The tome worlds are wonderfully built, which aren’t too big, but big enough to hide locations if you aren’t thorough enough. It is easy to think you have comfortably seen everything in a tome only to suddenly find a gap between rocks hiding multiple new challenges. 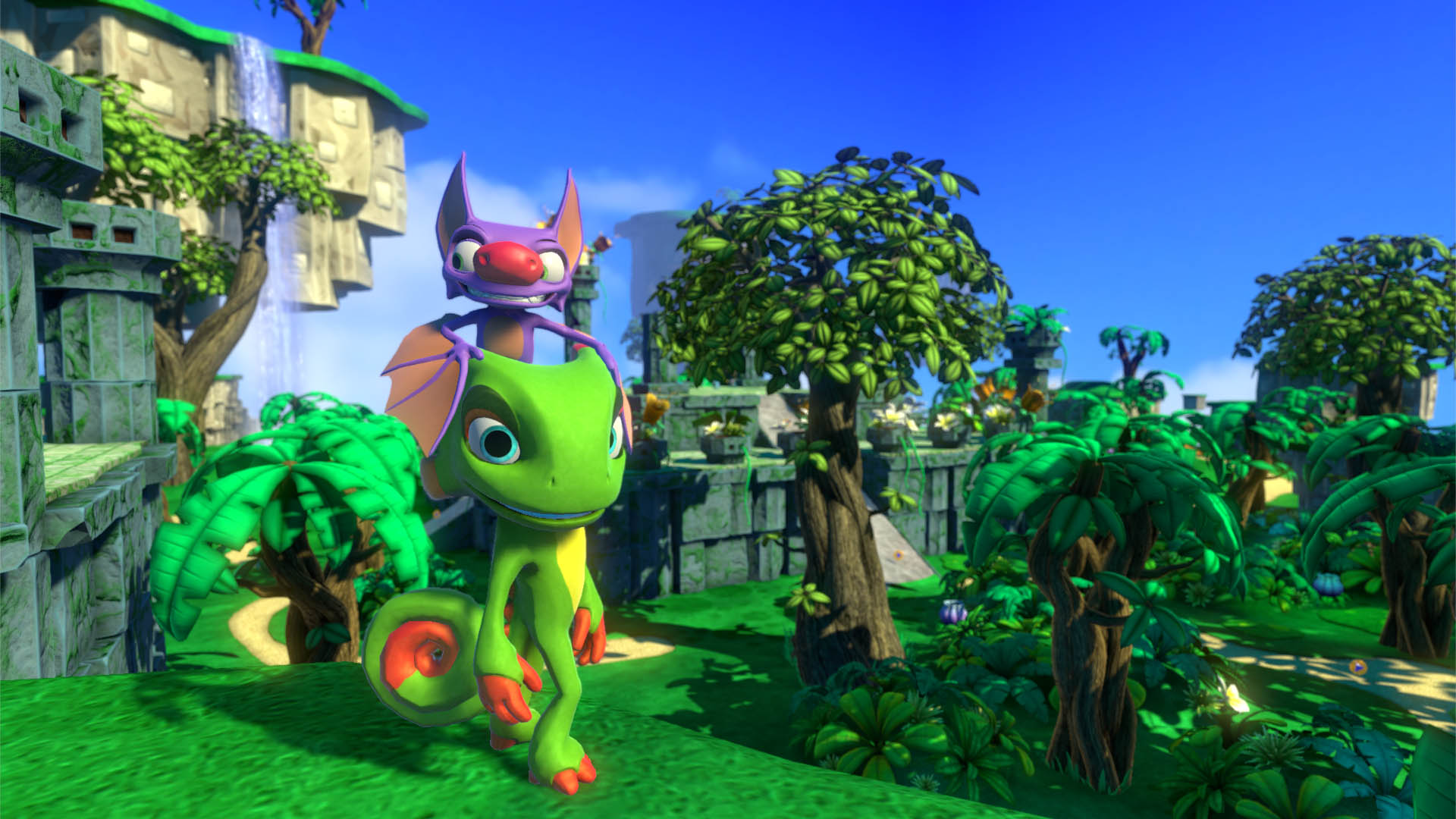 The Level design is one of the biggest winners in Yooka-Laylee, though the hub world becomes a pain very quickly. Each tome is opened using Pagies, and then expanded using more Pagies, which results in having to wander back to old tomes to find more. To be honest, finding the way back and forth between tomes can be cumbersome. Shortcuts get opened as you get further in, but a Level select mode at each tome would have saved significant frustration.

The biggest flaw in the game is the voices. When characters talk, the language is constructed of weird sounds, which would be fine except every sound has an abrupt end as if every note has been cut off 80% of the way through, not unlike if you use a sound effect app but the sound cuts off every time you press another sound. It is infuriatingly annoying, even more so because the other sound effects in the game are great, and the Level music is outstanding. Fortunately, you can turn down sound effects independent of the music. 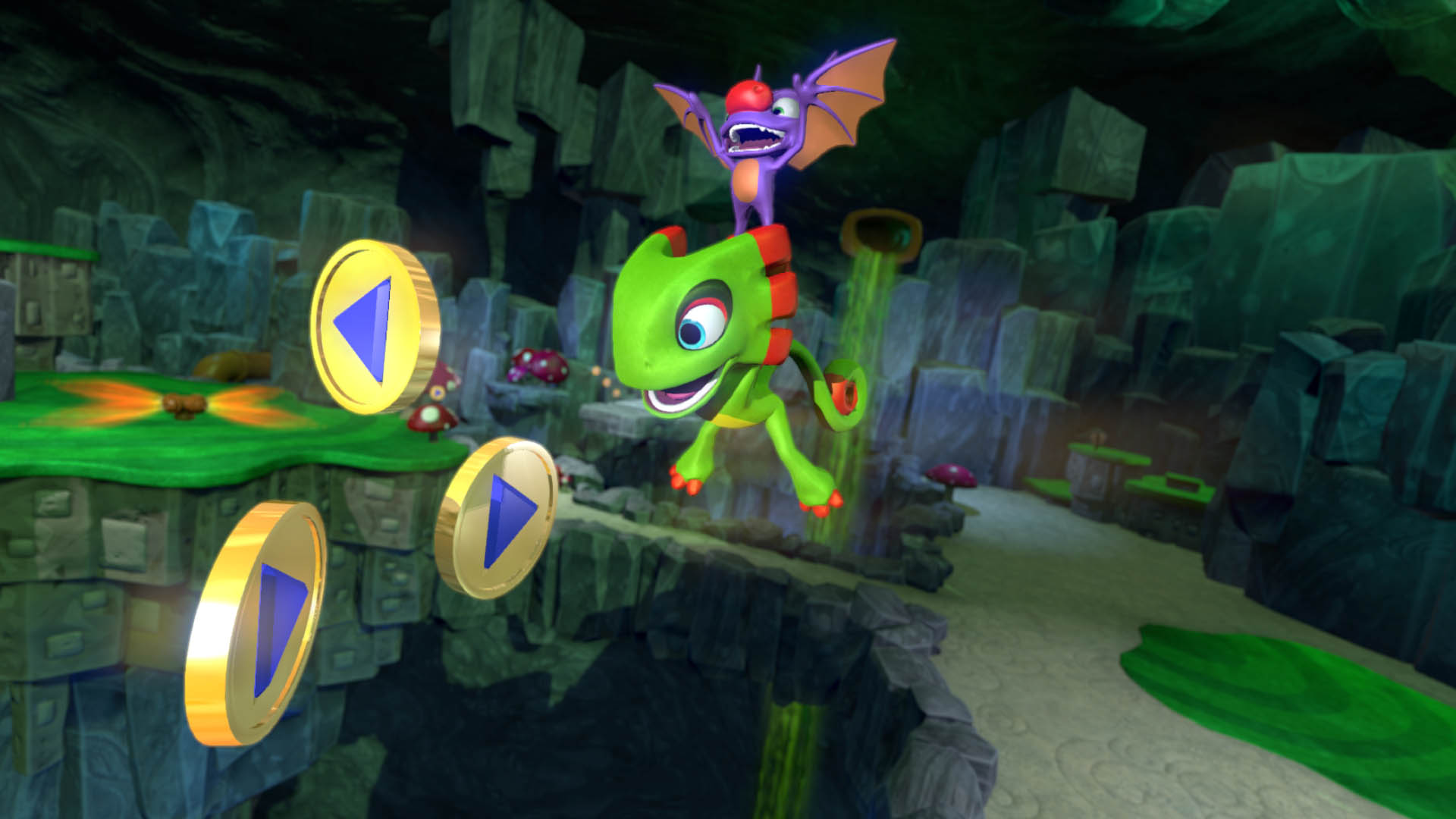 There is another flaw which is frustratingly reminiscent of old platformers, camera angles.  For the most part the camera is fine and easy to control, but going near certain objects or areas will trigger a new camera angle which is frustrating if you are walking in a straight line then lose your bearings. Even more so during the occasion when what you need to achieve is between the two angles. The flying ability you gain late in the game is tough to control at the best of times, but adding this to the camera issues it then becomes a nightmare to grab something in the air.

Overall, Yooka-Laylee is a great game with a surprising amount of content, with my play time getting close to 50 hours. It looks fantastic and is alot of fun to play, 90% of the time.  While not without it’s aforementioned flaws, it is fantastic to play this sort of game which isn’t a remaster, and hopefully there are similar games in years to come. 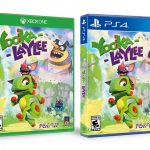