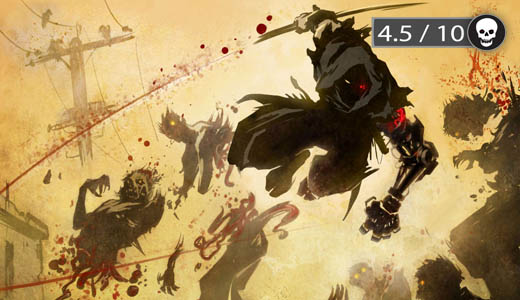 Prior to Yaiba: Ninja Gaiden Z, I don’t believe I could ever say that I have ever detested a game. Considering the breadth of low quality games I have played, this is quite a challenging feat to achieve.

The main difference between this game and other bad games I have played is that, generally, I am able to look back and say overall I at least had attained some enjoyment.

My initial impressions of Ninja Gaiden Z were somewhat mixed. You begin the game as a cyborg Ninja, Yaiba Kamikaze, brought back to life amidst a zombie outbreak on a quest to take revenge on the ninja who killed you, Ryu Hayabusa. Guiding you on your journey is Miss Monday, an overly exposed young lady whose occasional dialogue prevents the journey from feeling lonely.

It should be evident by this premise that the game isn’t going to offer a deep and meaningful experience, rather one that doesn’t take itself seriously. 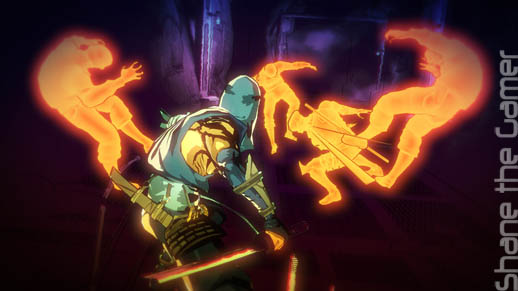 There is much attempt at humour in this game, humour that would appeal more to a 12 year old me. This is the same me that would probably have more enjoyed the over-the-top violence and Yaiba’s shallow badass personality. If it wasn’t for the sometimes ridiculous difficulty – which I will get into later – I would have probably said the game is targeted to children around that age.

One thing that I did enjoy about the game was the cartoonish cel-shaded visual style. While it is far from a visual masterpiece, I did enjoy the change of pace from most mainstream games. The scenery also varied to a good degree from running through streets to the underground sewers. The music does a nice job of setting up the fast paced action sequences and the voice acting is done well enough. 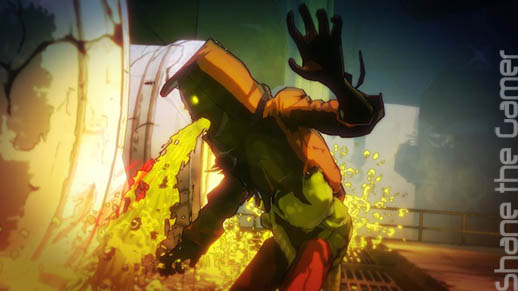 For the most part the gameplay was nothing special.

You have three basic attack types which mainly distinguish themselves due to their range. Beating enemies to a low enough health enables you to execute finishing move on them which serve to regenerate your health and depending on the enemy type, may let you rip off a part of their body to use as a weapon.

The story is split up into levels and sections. You receive a score at the end of each section based on such things as time and executions. You are then able to check out how you performed against others on a leader board. 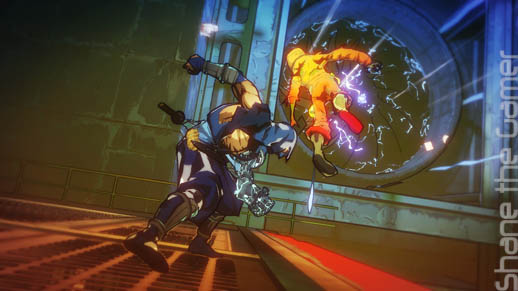 Levelling up gains you a skill point to spend on a skill tree. The problem I had here was that most the beneficial ones were generally close to the start. This meant I ran out of worthwhile things to spend points on less than halfway through the game.

My enjoyment deteriorated considerably after the game steps away from the mindless zombies you have been dicing your way through at the start and introduces new more difficult zombie classes. These new classes are able to wipe you out in as little as 3 or 4 hits but take ages to take down. It against these enemies that the very poorly implemented and unsophisticated combat mechanics began to feel insufficient for the task at hand. 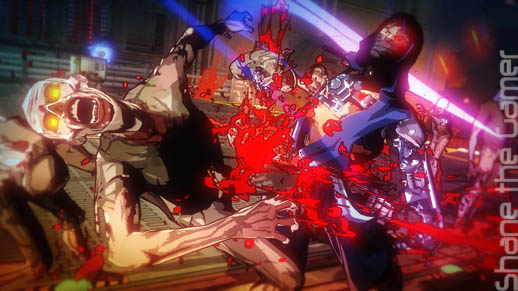 For a start I never got used to the blocking mechanics.

A well timed press of the block button is supposed to initiate a counter attack. However, due to poor visual guide of exactly when you are supposed time it, I often found myself pressing to early or too late. Blocking is also made somewhat redundant as some attacks cannot be defended from.

I also found it difficult to balance watching enemy movements to determine when and how they will attack and focusing on my own character. I was often thrown into situations which pitted me against multiple long range attackers which I felt there was no chance of me actually being able to concentrate on enough to avoid their attacks. 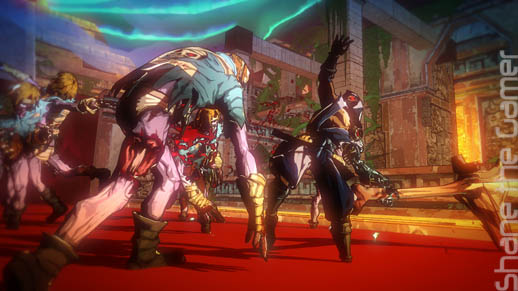 This throwing together of unfair enemy combinations seems a repeated theme throughout the game. There are so many occasions where the number of enemies you are versing and their types just feels completely unfair. This is made worse when you have to verse multiple waves of tough enemy selections and dying results in you having to redo the whole thing.

It was sections like these that really made me start to loathe the game. It is a shame that this one gripe I had completely overshadows everything else and ultimately makes this not an enjoyable experience. I frequently got so frustrated I had to stop playing and come back to it later which is a something that should not be present in a form of entertainment. 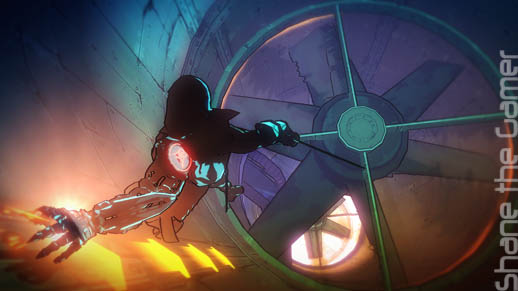 This isn’t to say I don’t like difficult games, I have dabbled a bit into the Souls series. It just feels like the challenge Ninja Gaiden Z provides seems more to do with deficiencies in the actual game. It really leaves the impressions that they designed the levels, enemies and combat mechanics completely separate from each other such that they do not feel compatible.

If you haven’t figured it out already, this is not a game I would recommend to anyone. There were sections in this game where I experienced much more pain than joy. An experience I would associate with rolling around on broken glass. Despite otherwise adequate execution of many parts of the game, the frustrating and unfair difficulty ruins the whole experience.