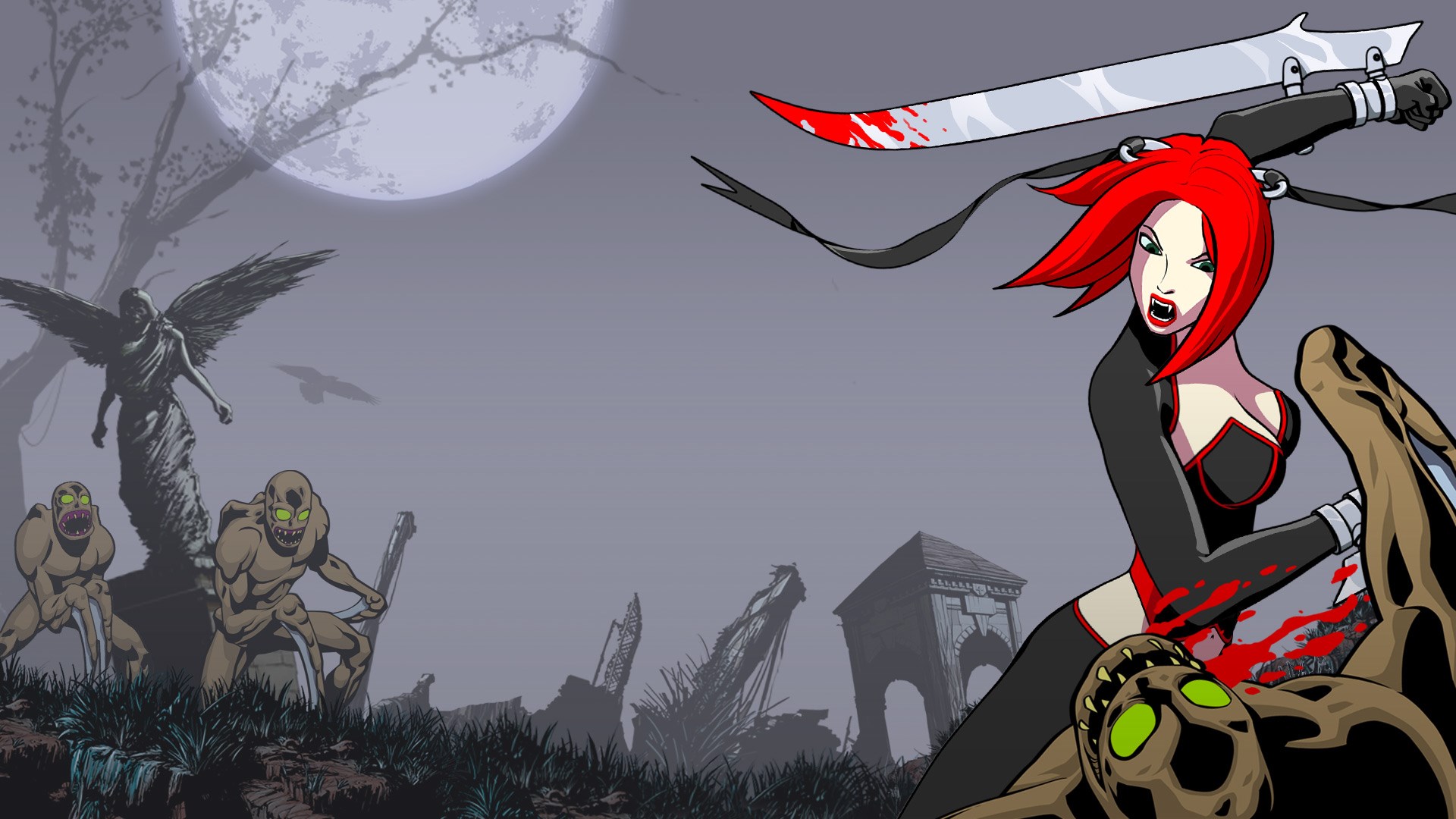 The fanged bloodthirsty bad-ass vixen is back, but this time in cell-shaded glory as BloodRayne bites and slashes through the undead.

Ziggurat Interactive have ‘resurrected’ the classic and fav’d franchise from the days of PlayStation 2 and Xbox throwing in originality to the series, making Fresh Bites a 2D side scroller.

Rayne takes on another mission with the vampire hunting Brimstone Society.

Using her super-human strength along with otherworldly agility you’ll hack’n’slash your way through monsters, vampires, mechanical beasts and more utilizing blades, gun (with limited bullets) and of course your fangs. 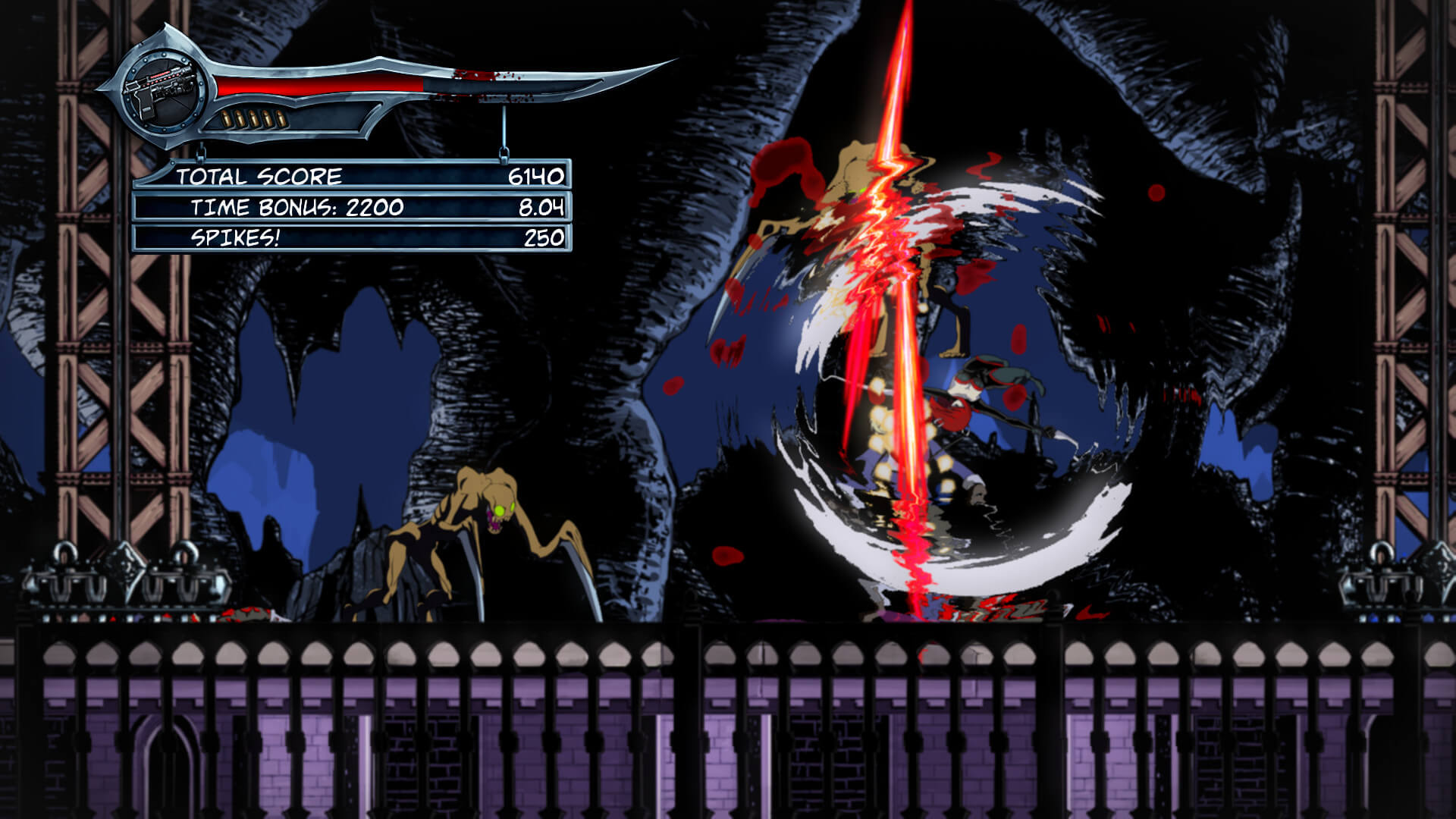 You’re after a mysterious artefact inside a Manor. Assisted somewhat by a mysterious ‘friend’ the job you’ve taken on is cloaked in secretness and very ominous.

You’ll need to feed to stay alive and if you don’t drain your victim completely they can become a really effective weapon.

Levels are multi-tiered choc loaded with environmental hazards and puzzles and there’s a lot of goodies to be found.

Fresh Bites’ gameplay is styled to that of Arcade. You’ll receive a score and a rating at the conclusion of each Level. 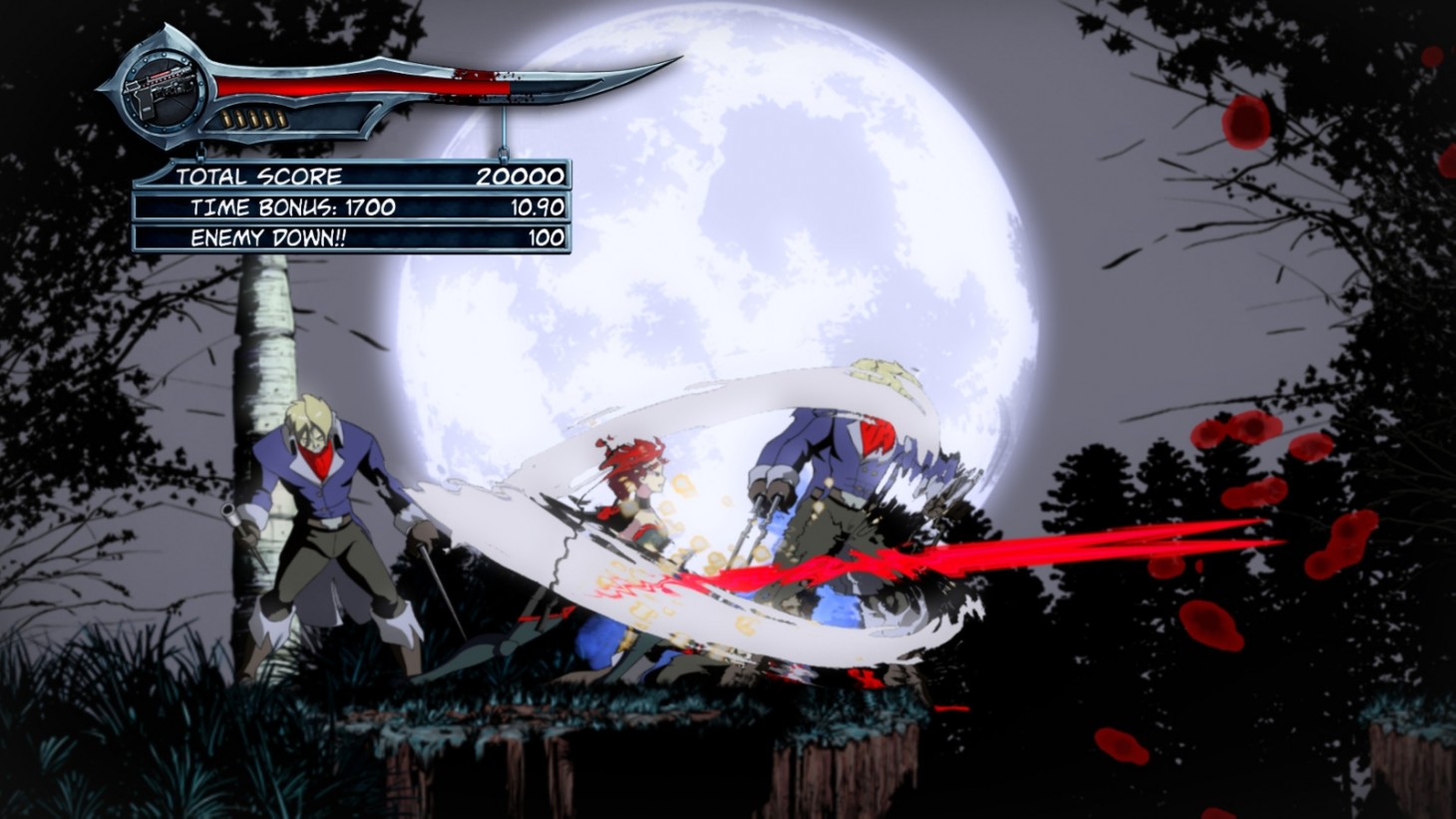 The game’s difficulty is a mixed bag, but expect to die a few times and be placed back at your last checkpoint.

I’ve been a huge fan of BloodRayne games (not the movie though) since it first released way back on Halloween 2002 and have been hoping for a comeback.

While the game style is extremely different from prior games – Fresh Bites is truly an honor to the series and as equally apart of the BloodRayne franchise as the originals.

Fresh Bites rejuvenates the BloodRayne world and gives it a fresh and, well, tasty revamp. 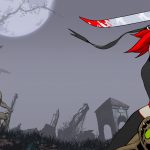