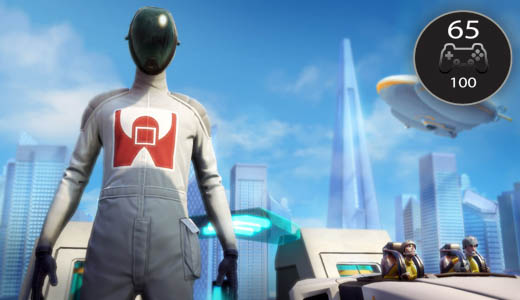 With all manner of ideas making their way into game developers’ minds this is possibly one of the quirkier ones. Frontier Developments has taken a more unique approach to rollercoaster building with Screamride which is available on Xbox 360 and Xbox One.

Screamride is a rollercoaster construction simulator and puzzle game.  It is reminiscent of arcade style games due to the different game modes that each offer a reasonably simple but unique experience.

The first game mode, as the name would have it, is ScreamRider. This has you driving a rollercoaster cart. You control the speed, braking and tilt of the cart with the main goal of making the ride as exciting and fast as possible without derailing the cart. 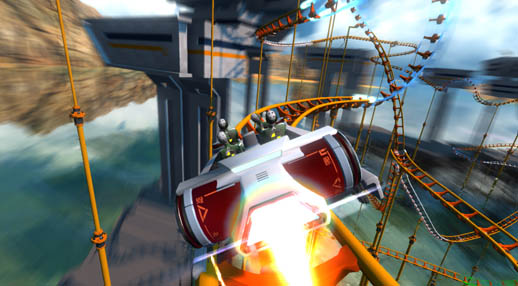 There are opportunities to gain speed boosts on certain lengths of track by timing a button hit.

There are also a few other variants as new Levels are unlocked. They can include numerous twists and turns and even jumps that require timing for a good landing. The mode while simple in nature does offer rewards and enjoyment for completion. 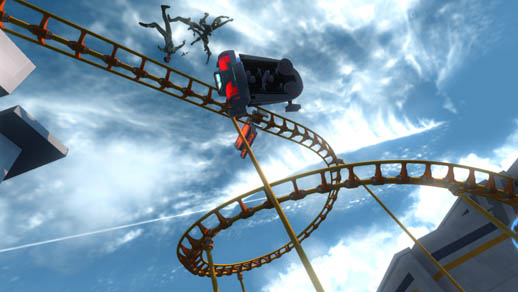 However a few Levels in, it does become repetitive, even with new and varying tracks. There are Level specific achievements and bonus goals to reach goals. These unlock the next Level and bonus ones unlock new items and tracks for the sandbox mode.

The second game mode is Demolition.

You are required to fling a passenger filled pod at buildings and structures to cause maximum destruction and devastation. 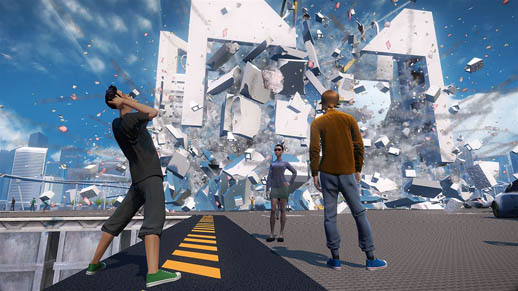 As you progress you unlock new pod types to cause even more destruction. You get bonus points for getting destruction combos and causing explosions.

There are also other objectives to earn bonus points. This mode does have a degree of satisfaction when you cause a rather impressive chain of devastation but this enjoyment wears off after a while. 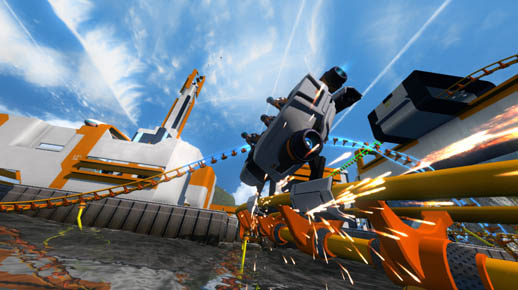 The launch mechanic has the pod continually rotating like a sling shot. You need to, after deciding launch velocity, time the release of the pod to get the desired angle for maximum wreckage.

After making contact with a building, watching the destruction thereof is rather satisfying, especially when you end up with plenty of collateral damage. The physics is somewhat amusing as it feels they either didn’t employ engineers or just didn’t get very good ones as it doesn’t take much to bring multiple structures down and send them tumbling into the surrounding ocean. 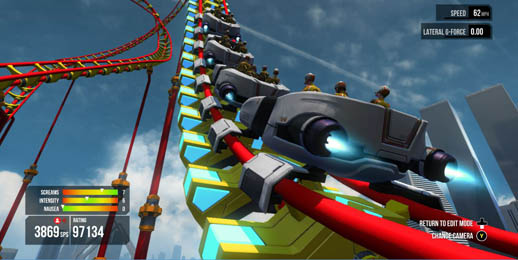 The third gaming mode is the Engineering mode. Here you create, modify and complete numerous tracks with a particular goal in mind, be it a certain length or requiring certain inclines or track types.

Initially you have a few track parts to add speed boosts and fancy loops but as you unlock more you can make more daring and elaborate tracks. Some Levels will even have you ending your track in mid-air to launch the test subjects straight into a building or wall for more destructive purposes. 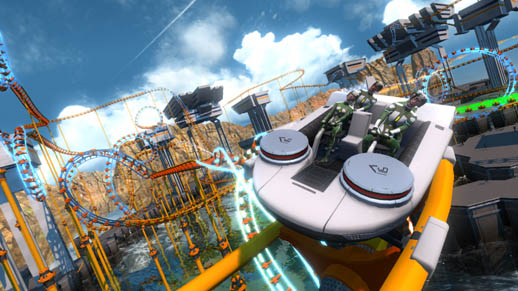 Sandbox mode is a Level creator where you are free to design the Level layout and build rides as you so choose.

You can utilise all the bonus items you unlocked from the other three game modes. The building mechanic is simple enough and creating a small city ready for demolition is reasonably routine affair.

It is hard to find it very engaging as it feels like there isn’t too much purpose to it all. 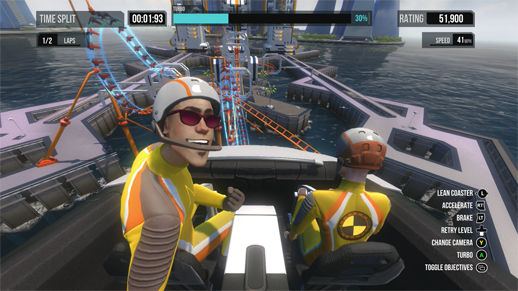 There are 5 stages to complete for each mode and plenty of Levels within the stages to get through. Each Level, regardless of mode, is set on a manmade island with a few different backgrounds to give a change in scenery.

All the structures follow a rather blocky art style with most building and constructions being quite simple in nature. The Level layouts are always surrounded by water and the sound and effects are of a reasonable standard. The game isn’t ugly but I feel the colour pallet isn’t to my taste. 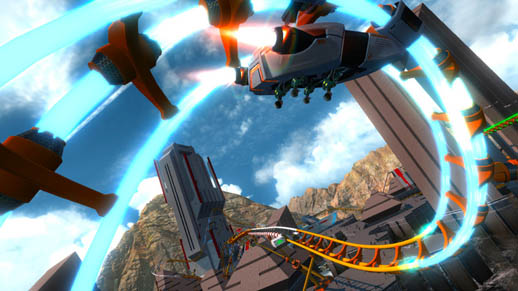 My biggest disappointment with this game is the fact I did have my hopes set on a more tycoon like game. Regrettably this aspect is non-existent. I believe it really would have benefited from a tycoon mode even if it maintained the overall simplicity. 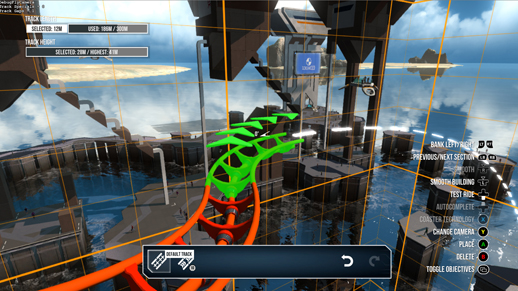 Screamride can be a bit of fun and is a different angle on the rollercoaster idea.

It is simple and easy to pick up however it is unfortunate that I also found it easy to put down. The objectives do encourage you to hit the replay button but I felt there wasn’t enough diversity to the game or Levels to keep you playing.

I’m sure there are days where this mindless fun can keep you entertained but they might few and far between.