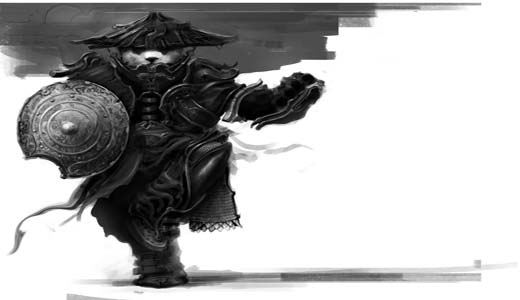 Blizzard Interactive own the MMPORG genre. They are truly the masters at producing online community based gaming and to date remain the undefeated champions.

Starcraft, Diablo and of course the juggernaut of all; World of Warcraft (WoW).

A full on commitment of a title, WoW sees you in take on a class of your choice, with Talents and Abilities, Inventories and Levels across an online map that simply has no end to it.

Since its inception in November of 2004; World of Warcraft has become the largest online RPG in existence with over 12 Million members.

Over the course of almost a decade chapters and expansions have regularly been released to keep the growing platform fresh and keep gamers challenged and of course, still engaged. 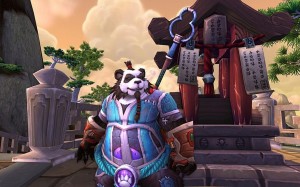 fourth expansion, Pandaria encroaches upon the known world of WoW and introduces an otherwise unknown and uncharted island that has emerged from a heavy and foreboding fog.

This is the ancient realm of Pandaria.

Set after previous chapters; Deathwing and Cataclysm, as war has been raging for thousands of years the newly discovered island is a utopia, shrouded from existence for over ten thousand years. Battles and carnage have not touched it. Infact, it hasn’t been touched in all of this time.

A selection of Indigenous races and plant life  flourish within the complex and delicate eco-system.

Pandaria is idyllic and it’s yours for the taking. Will you Battle to control it or will your fight be to save it? Is this going to be the catalyst to push both the Alliance and the Horde into outright decimation? 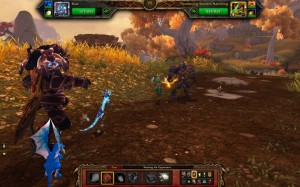 The Pandaren are the primary species on Pandaria and are reintroduced as a playable, customizable characters so that you can fine tune your chosen character to your playing style via the overhauled Talent system. The previous 41point talent trees have been superseded by a new system of tiered talents which are awarded at every 15 Levels.

These mighty and proud Warriors have been so secluded to the point where they are ready to take it all on, however it’s unclear whether they will form allegiances and who with, or simply look out for themselves. This is a first in the WoW series. A neutral race, uncompromised and unbiased.

Asides from the Warrior Pandaren another Class; The Monk is also an option. They are calm and wise and kick ass with Martial Arts. They bear the secrets of their island, which they will choose to share with both sides of the warring factions.

Also armed with Chi, they are a good comrade to have in a tight spot, but this depends on how they channel it, their main energies consist of healing, tanking, or dealing damage.

All lands whether as yet undiscovered or not always have their negative, evil brood. Pandaria is now different with the bad energy wielding Sha. 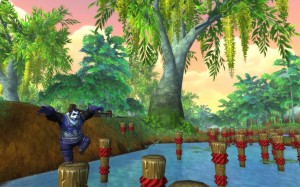 only placing this whole new world before us WoWers, they have added a new Level Cap of 90 whereby you will learn both additional spells, and acquire new abilities and potions, plus tweaked gameplay so that even minor adventurers can be catered for, new modes of challenge for those more experienced and want to dungeon crawl, not forgetting Pet / Minion mini-game battles.

Pandaria has also been sectioned so that all areas like the Kun-Lai Summit, shrouded in clouds, the superbly detailed Jade Forest, the valley of the Four Winds, Townlong Steppes, Dread Wastes and more all have areas for all types and Levels of players. All areas have their own unique secrets and eventually you will work towards trying to uncover the mystery of Shen-zin Su – a giant Turtle aka; the Wandering Isle.

A new PvE has been added in co-op whereby you join up with fellow WoWers to achieve one common goal. A Time Trial scenario is also an option. 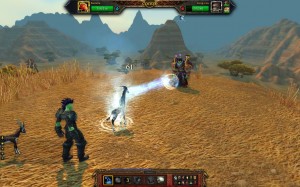 Graphically amazing, gameplay is tricky, especially if you are a new comer to the series. While you can assign all things to Hot-keys on your Keyboard it is a better plan if you equip yourself with a proper gaming mouse. I use the Cyborg MMO 7 and once I’d set everything up, it was a hell of a lot easier.

Pandaria is NOT a standalone, it cannot be played without the original World of Warcraft game and also requires the Cataclysm expansion.

Blizzard have put together a game that just keeps on giving. It is truly immersive to the point of addiction, but still, sadly, it is subscription based.