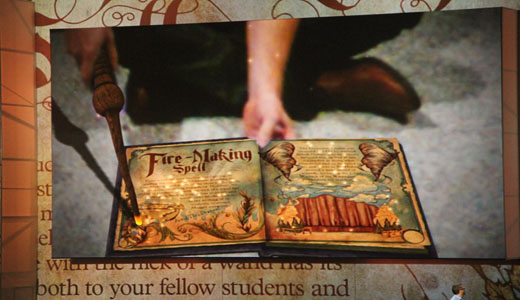 In what we can expect to be a franchise, Wonderbook is the newest accessory for you PlayStation 3, whereby (in a book-like format) you utilize your console’s camera to bring to life Augmented Reality cards or codes – in this case the code is imprinted on/within the ‘book’.

Book of Spells is based on the Harry Potter series, detailing a long forgotten mystical literary piece penned by Miranda Goshawk over two centuries ago. 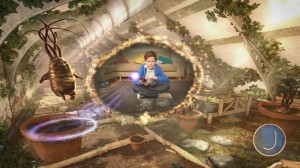 only available within the Restricted section of the Hogwarts Library, it is an advanced text book for students with the desire to become an accomplished Witch or Wizard.

Waving a PS Move controller as a wand, you will become an expert as such spells as Incendio, Leviosa, Wingardium and more, creating anything from conjuring creatures, through to minor explosions as you are tasked with various objectives, completing spells and so on.

But not only is there the advanced spells, you will also find other more chaotic and mischievous magic scribbled within the book by former students of Hogwarts, not necessarily deemed appropriate by the Teachers and Professors of the Witch and Wizardry school.

The game is essentially story driven, and the story is you.

It’s your journey into becoming that conjurer of and might and magic. 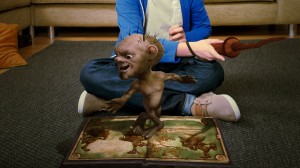 Rewards, failures, unlockables and Trophy’s will ensue as you see you spells literally come to life.

Augmented Reality uses the patters on cards or platforms in order to reveal otherwise un-see-able and with the Wonderbook, unforeseeable interactive objects or reactions.

By tilting, moving or turning pages in the book reveal surprise after surprise, so it’s fair to say that the Wonderbook itself has a magical element to it.

Over 20 Spells are on offer for you to take command of and learn, becoming a Master of them to the point where you would excel the abilities of even the best Hogwarts student. 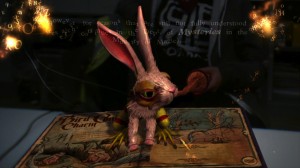 the mind of J. K. Rowling Wonderbook: Book of Spells is beautifully created and lavishly illustrated.

Soon to be expanded upon, it is a game where every experience will be different and longevity of play is paramount.

This is the best companion for the younger Witches and Wizards in your household. 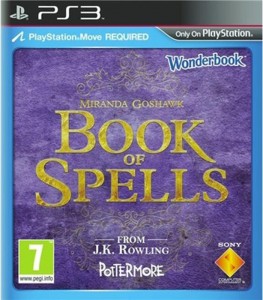