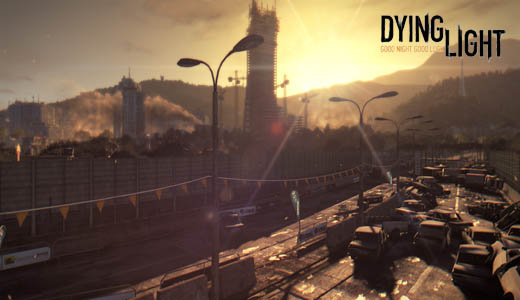 I love zombies. There’s something about them that has been scaring the pants of me since I first accidentally watched Zombie Flesh Eaters aged eleven.

I first played Dying Light at Sydney’s EB Expo back in 2013. Being mindful that this was a few months before the release of the Xbox One, so I’d yet to really see what the “next-gen” was capable of. Dying Light looked good, even in this alpha stage. 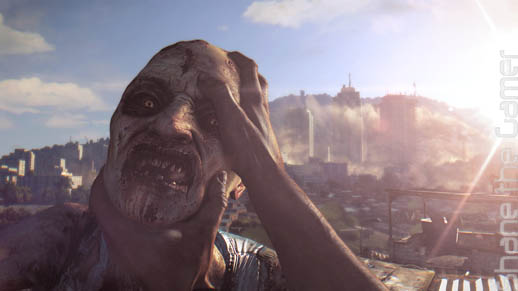 I’m a great fan of Techland’s Dead Island games, and Dying Light looked like a natural progression for the studio. At the time I was told, during my one-on-one with the game’s producer, Tymon Smektal that they were still working on many elements of the game- such as the shove mechanic.

But the game looked good. The parkour was working and I even got to run through the town at night. Very tense, but great fun.

Dying Light looked good and played very well, even at this early stage. 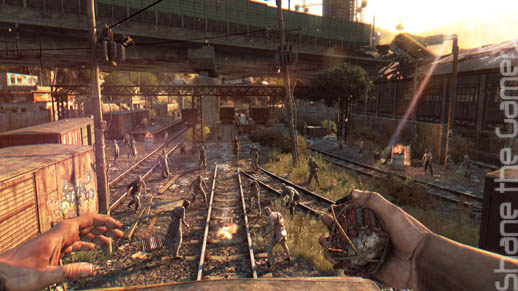 It was shortly after this hands-on and interview that the game was delayed for a year. Deadline pressures meant that it wasn’t worth my time transcribing an interview for a game that had suddenly been placed in development hell.

Since the EB show in early September 2013, I had seen the launch of both the Xbox One and the PlayStation 4. 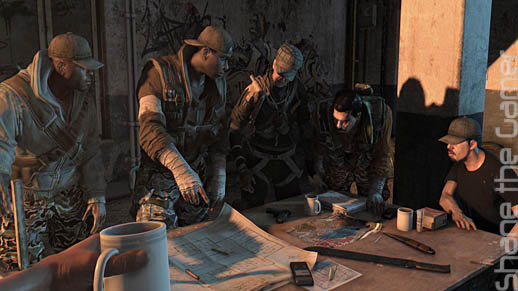 For the Xbox (and later PC), Dead Rising 3 had shown me that you can never have too many zombies on the screen at once and The Last of Us Remastered had shown PlayStation 4 fans just what the apocalypse should look like in 1080p and 60 frames per second.

This last year has, as the new generation of consoles have matured, given us some jaw-dropping visuals and some truly amazing gaming experiences. 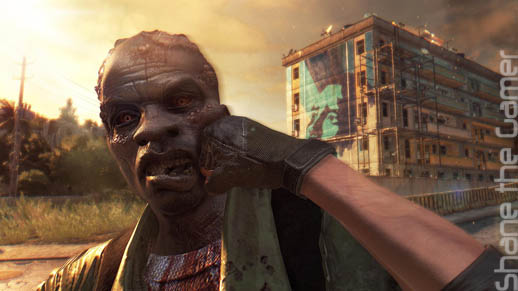 Each and every one of them praying that their game is met by a positive reaction from the fans. 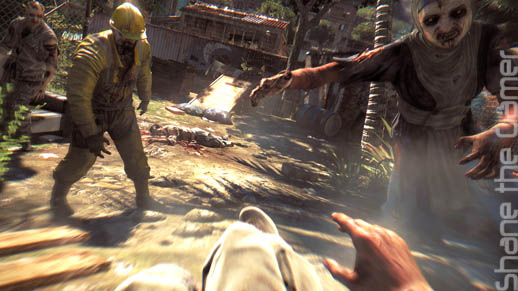 In September last year, almost a year to the day from when I first played the game, I got another go on Dying Light.

What I played wasn’t that much different to what I could remember from my experience the year before. It was good, but the Xbox One and PS4 had spoilt me.

A huge town with only a handful of zombies attacking at once didn’t really cut it for me anymore. Even the visuals, which I’d had considered fine a year before were not up to the visual fidelity I now expected. 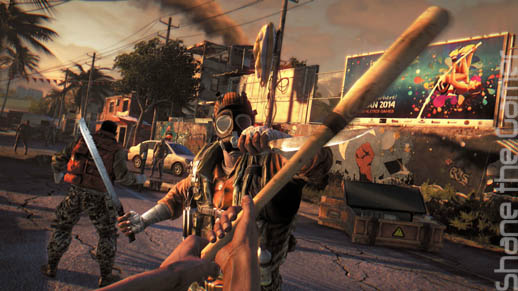 The game seemed OK for a work-in-progress, but whatever had been going on for the last year wasn’t really evident on the screen. And with the visceral feast of Dead Rising 3 on the PC still fresh in my mind, the idea of playing a game where I have to run away from zombies didn’t have quite the same appeal.

Right now, with only hours to the release of the game, I’ve still not seen finished code of the game. Even my recent attempts and getting review code locally have been passed directly to Techland’s PR people in Poland.

I may just be paranoid, but something seems amiss. 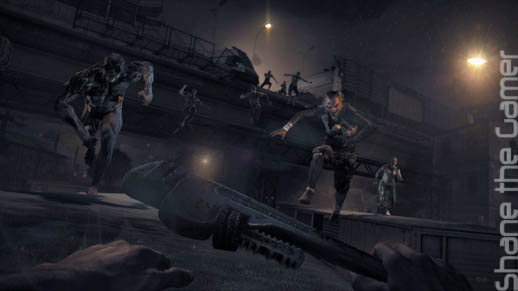 Stepping back a minute to look at the big picture. Techland enjoyed success with its Chrome engine, I was blown away when I first played the engine’s namesake, the sci-fi FPS, Chrome. Techland did it again with their hard-boiled western, Call of Juarez. My eyes bled when they updated the visuals some more for DX10.

The sequel, Call of Juarez: Bound in Blood, was good but was a bit of a step backwards.

The third game, Call of Juarez: The Cartel, with its modern-day setting, was a train-wreak- and that’s putting it nicely. Not a good game at all, and one of the few PC games I’ve never got to work properly. 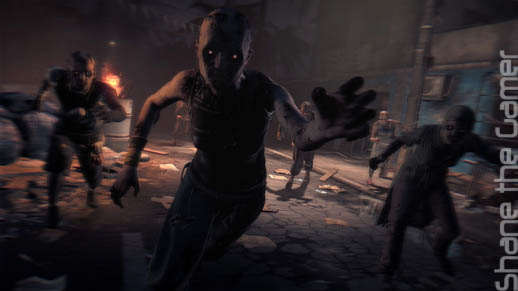 Techland’s Dead Island, released in 2011, the same year as The Cartel, and was a much better effort.

A great premise, a decent plot, some good missions and hordes of ZOMBIES made for a good game. I, along with many other PC players, had some issues getting the engine to run properly, but a few tweaks and it was fine.

Strange that third party developers seem to have less trouble with the Chrome engine than the technology’s developers, Techland. 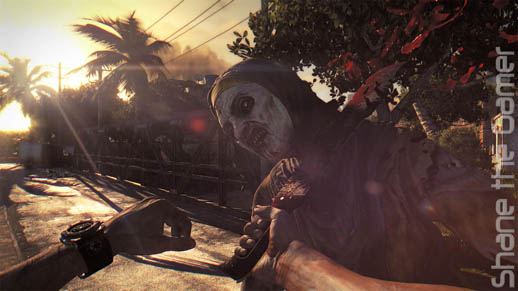 Dead Island: Riptide, the sequel/standalone expansion was, again, a good effort. It didn’t really add anything to Techland’s first zombie outing, but I still had a lot of fun with it.

Infuriatingly, however, the game still needed tweaking- the same tweaks as it’s predecessor two years before. 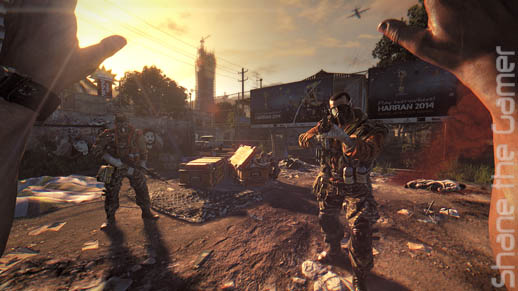 Whilst there’s no doubt in my mind that Techland are a very skilled development studio, you only have to look at the sublime Call of Juarez: Gunslinger, they do seem to suffer from resourcing issues or something.

As a developer, they had been known to drop the ball.

This, coupled with the fact that Deep Silver own the Dead Island IP, forcing the the developer to reinvent Dying Light as a very different type of zombie game, means there’s plenty of rope for Techland to hang themselves with. 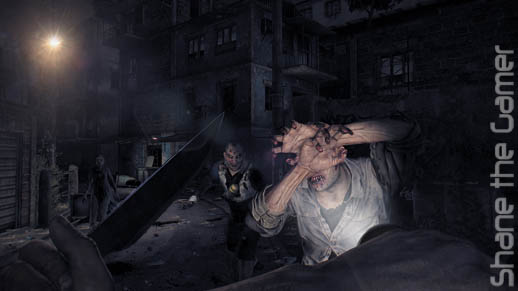 Unless Techland have spent the last few month feverishly improving the game from what I saw in September we may well be horrified by Dying Light for all the wrong reasons.