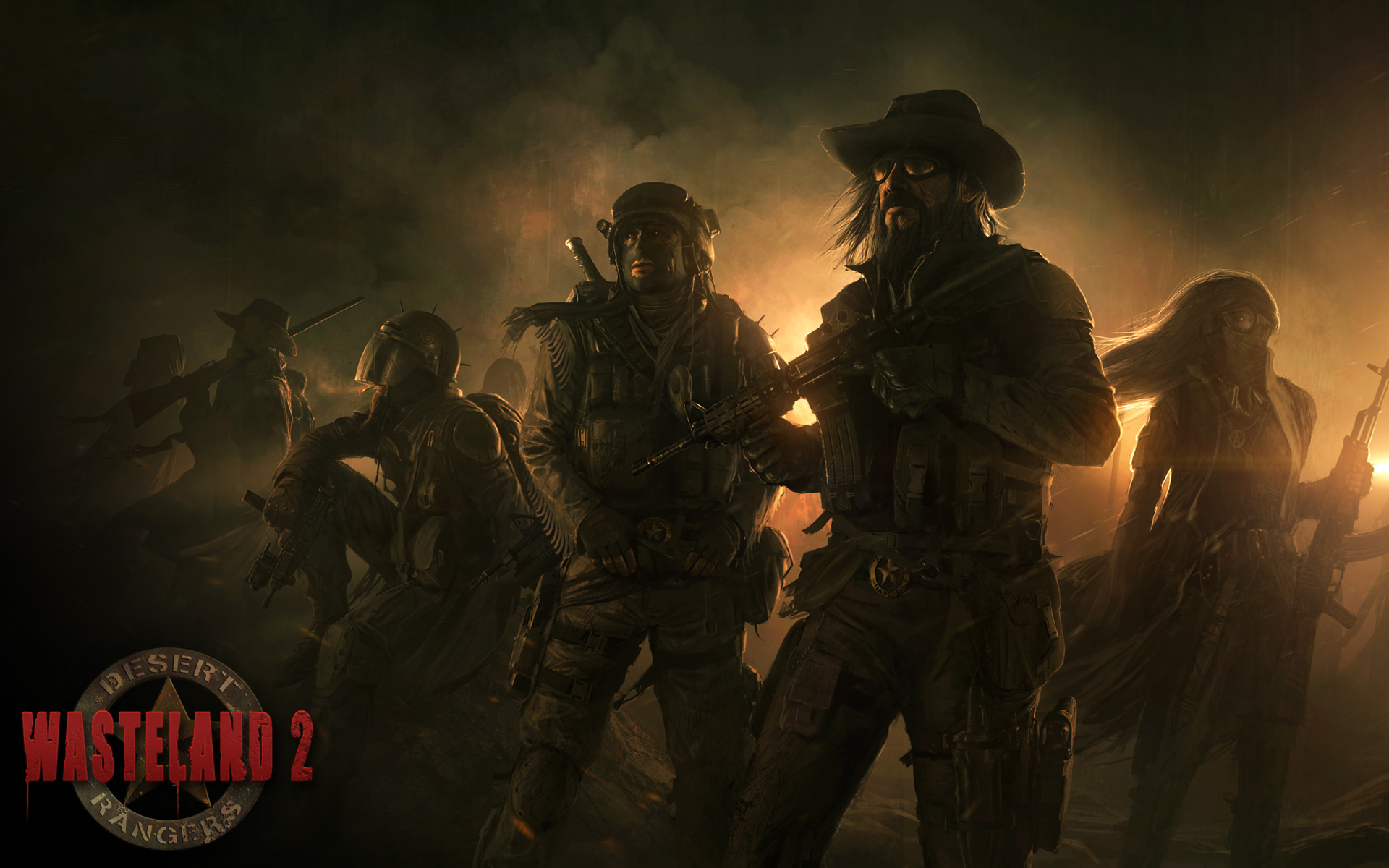 Some are calling Fallout 4 difficult. Hardcore even. They must have missed the phone call from developers inXile however, because Wasteland 2 instead is the hardest ‘Fallout’ ever made. A difficult, harsh but ultimately rewarding journey faces those who choose to join the Desert Rangers.

Wasteland 2 is nominally the sequel to 1988’s Wasteland, but in reality it is Fallout 3 all over again, as if we were able to go back in time and recreate Black Isle’s original version of Fallout 3, codenamed van Buren (some of whom’s elements turned up in New Vegas).

This points to how Wasteland 2 is the result of what happens when nostalgia and money meet. The game was originally funded by a Kickstarter campaign and, buoyed by the success of the PC version, the Director’s Cut has appeared. The internet and crowdfunding platforms on it are enabling the development of very niche, high-quality games that would have been knocked back by traditional publishers who have to appeal to a wide range of audiences. Without the creative and logistical constraints of these publishers however, smaller developers are able to create games that are more in alignment with what fans want, diversifying the gaming landscape. 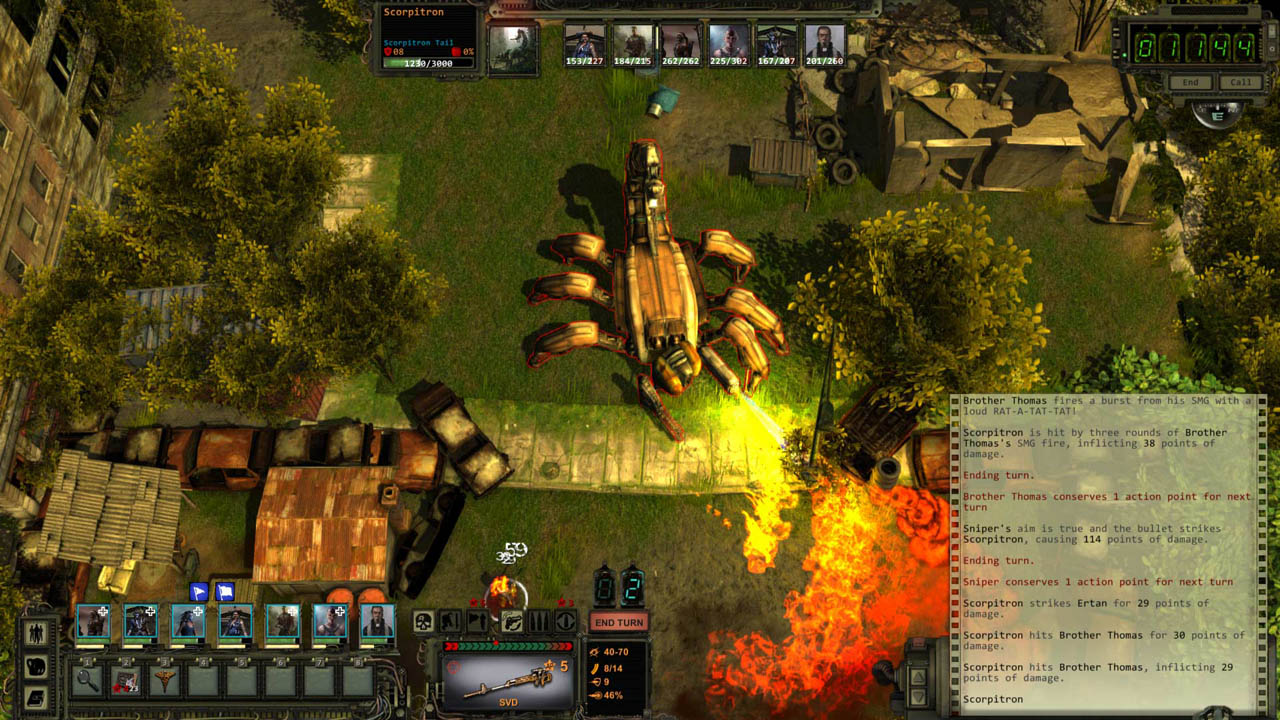 Crowdfunding and other new game funding structures have enabled the recent emergence of “Triple III” studios and Wasteland 2’s developer inXile is a perfect example of this phenomena. The game is part of a new tradition of PC releases coming to the console after their initial success, having raised enough capital from PC sales to fund further development of the game. We’ve seen this with other games like Divinity: Original Sin and Shovel Knight.

What this all amounts to is a game in Wasteland 2 that is very targeted and directed at a very specific audience.

This is less about creating a mass market game than it is fulfilling the fantasies of those who wanted a continuation of the original type of Fallout games, before it went to Bethesda. Wasteland 2: The Director’s Cut is an expanded and enhanced version of the game that also brings the original game to consoles, where this was reviewed. 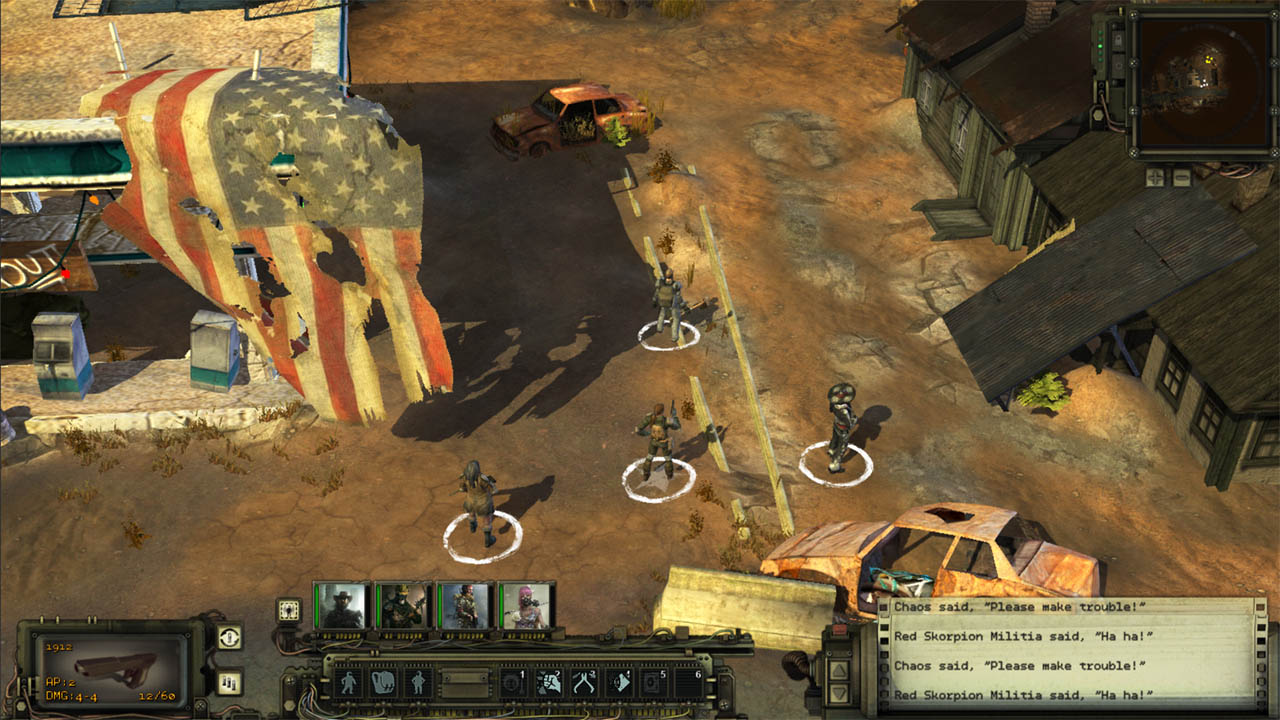 It features the same tactical, turn based combat as the original, with some upgrades to the combat such as the new precision strikes, which allow you to target certain body parts just like in the original Fallout series and with VATS in Fallout 3, New Vegas and Fallout 4.

Your team, a group of Desert Rangers sworn to uphold what is good in post-apocalyptic south-west United States, is entirely customisable, but also entirely expendable. It is easy to lose a favourite team member to permadeath. Their skills, upgrades and personality are gone when they die, leaving every encounter high stakes and high tension for fear of losing a crucial team member. I never wanted to lose a character, but it is inevitable that some will fall to the Wasteland’s many enemies.

This is especially true because it is entirely possible to be unprepared for the combat scenario that you encounter, leading to frequent quicksaves and loads. 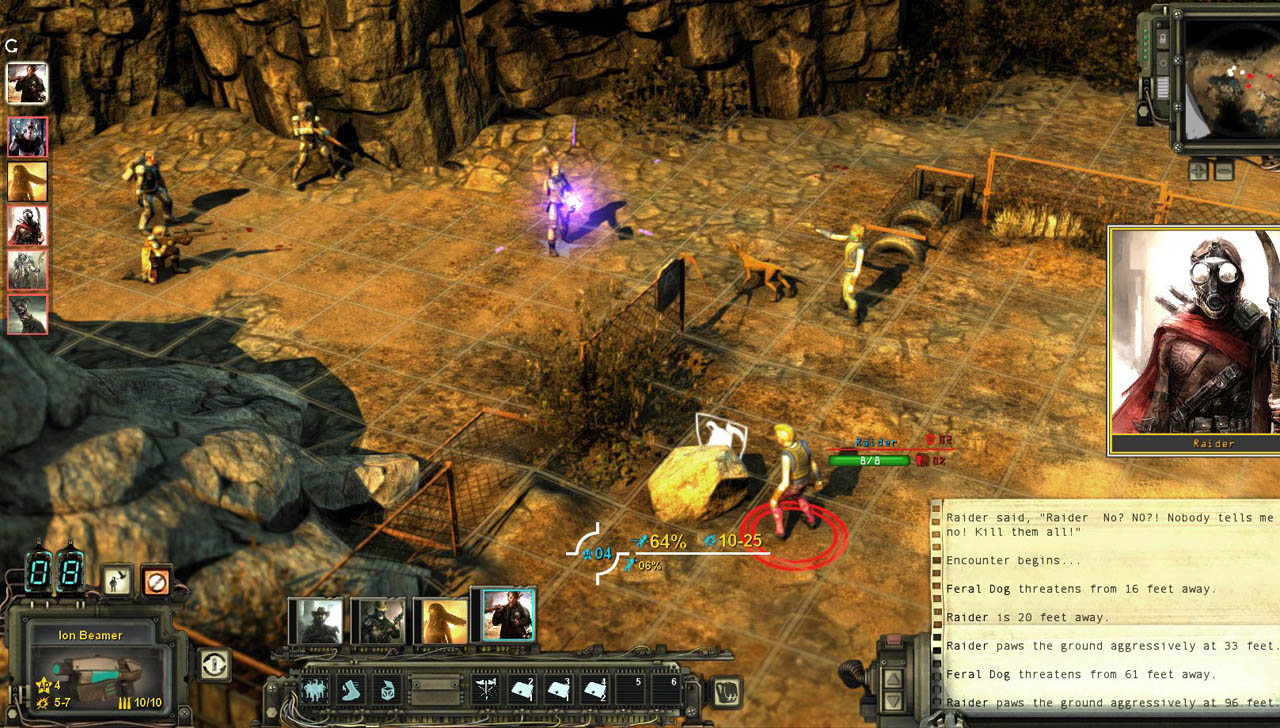 The game has little sympathy for those who are not on top of the myriad of systems, skills, talent trees and charts it throws at you. Beginning this game is quite daunting, and you need to be ready to invest not only time but patience and headspace to growing familiar with the upgrade and combat mechanics.

All of these are managed through what was to me an arcane system of menus and dialogue boxes. When the game is this complicated it can be difficult to manage the myriad of options available to you at any one time, but it does make for a deep, intricate system you can lose yourself in.

The menus alone tell you what sort of game this is – not something you can pick up and put down, but a game that wants to be your primary entertainment experience for dozens of hours. 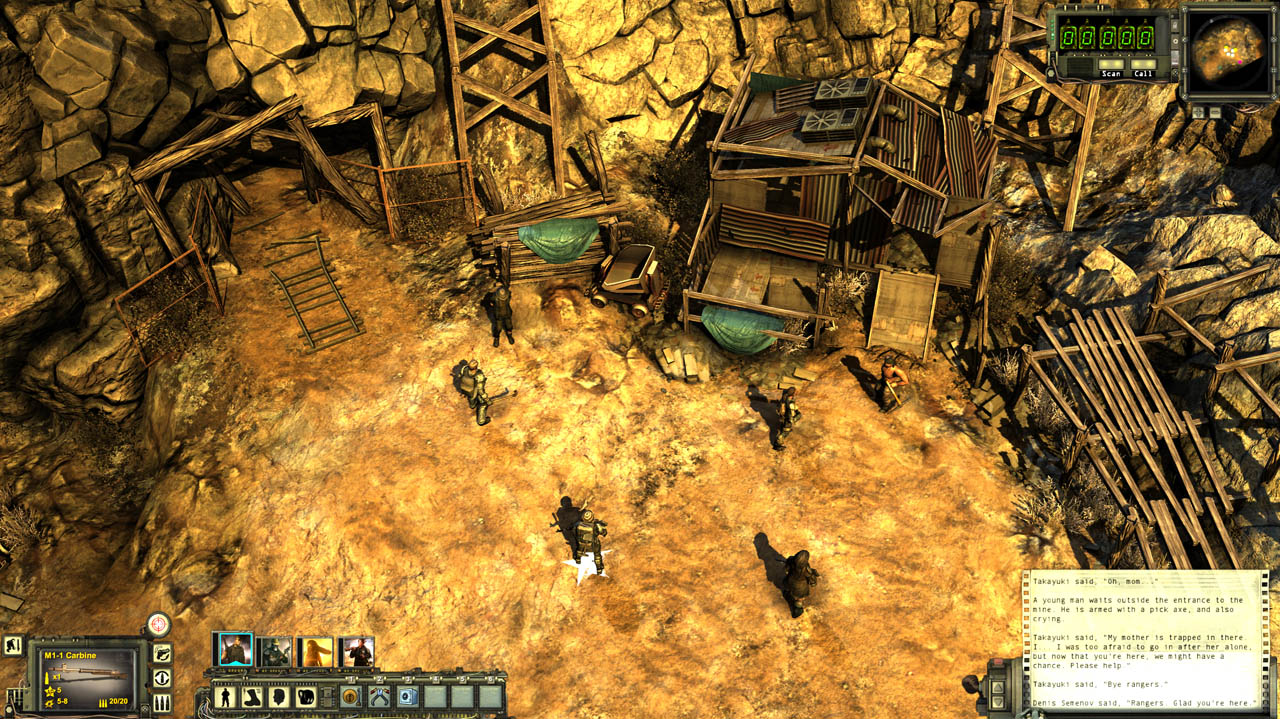 The retro Fallout 1 and 2 aesthetics unfortunately make their way into the menus, and despite being in HD do look like they are from the 1990’s and behave like them too. I understand the desire for visual consistency with the 90’s games for a title fueled by nostalgia, but game design and menu design have come a long way since; in my opinion it’s a bad choice to go back to that style. That said, Fallout 4’s menus are atrocious too, and that is also a brand new game.

The Director’s Cut version of the game features a slew of drastic improvements to the original game, including graphical upgrades based of a shift to the Unity 5 engine. Unfortunately, Wasteland 2 still doesn’t look like a current generation game. That doesn’t mean that it looks bad, just that it doesn’t have the same level of finesse that other isometric games like Diablo III have. The updated version also features extensive amounts of high-quality voice acting, which is always a nice addition. 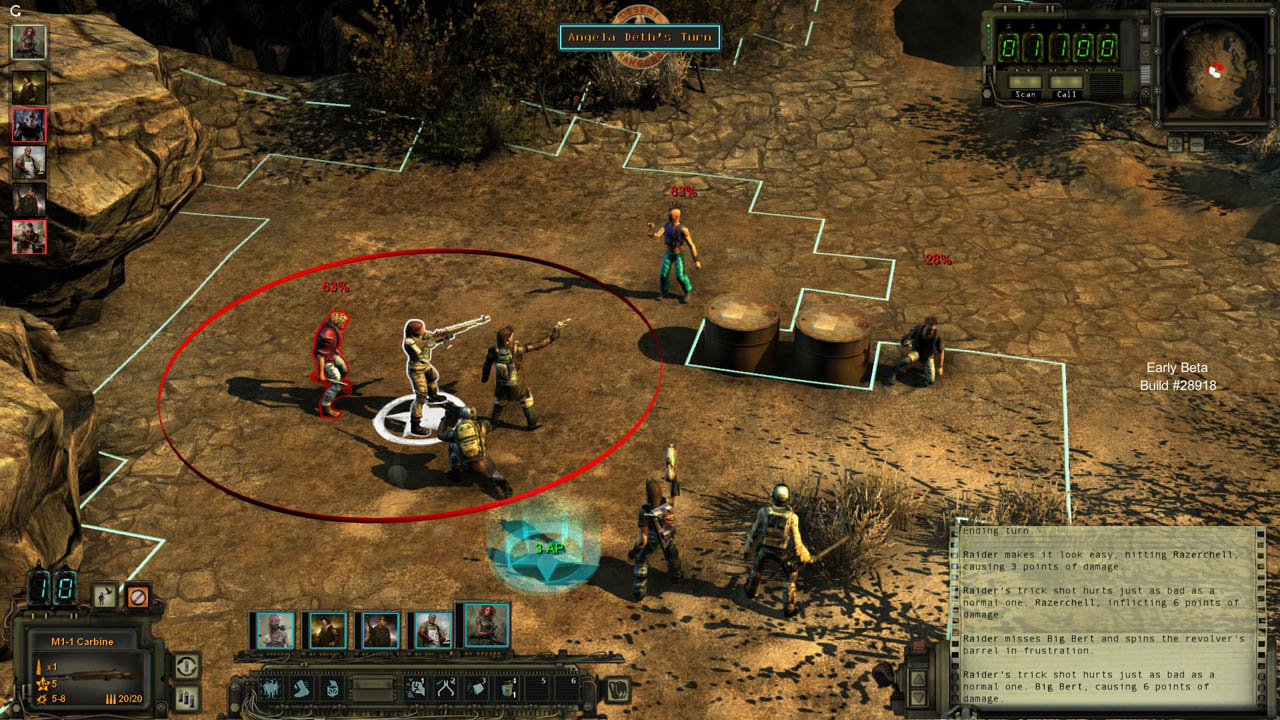 There were some minor annoyances apart from the menus however. I wanted the camera to be pulled back just a little more. You can stop and sweep the camera across what’s in front of you, but doing this on a regular basis is a chore and should be unnecessary.

Also, you can tell that this is a game that began life on the PC. Text is far too small to read comfortably, and the HUD contains elements that would be acceptable on a monitor one foot away from you, but on a television (even a large one) two metres away doesn’t work very well at all. For a game where you must be constantly vigilant over every stat and condition, this makes combat more difficult than it should be. 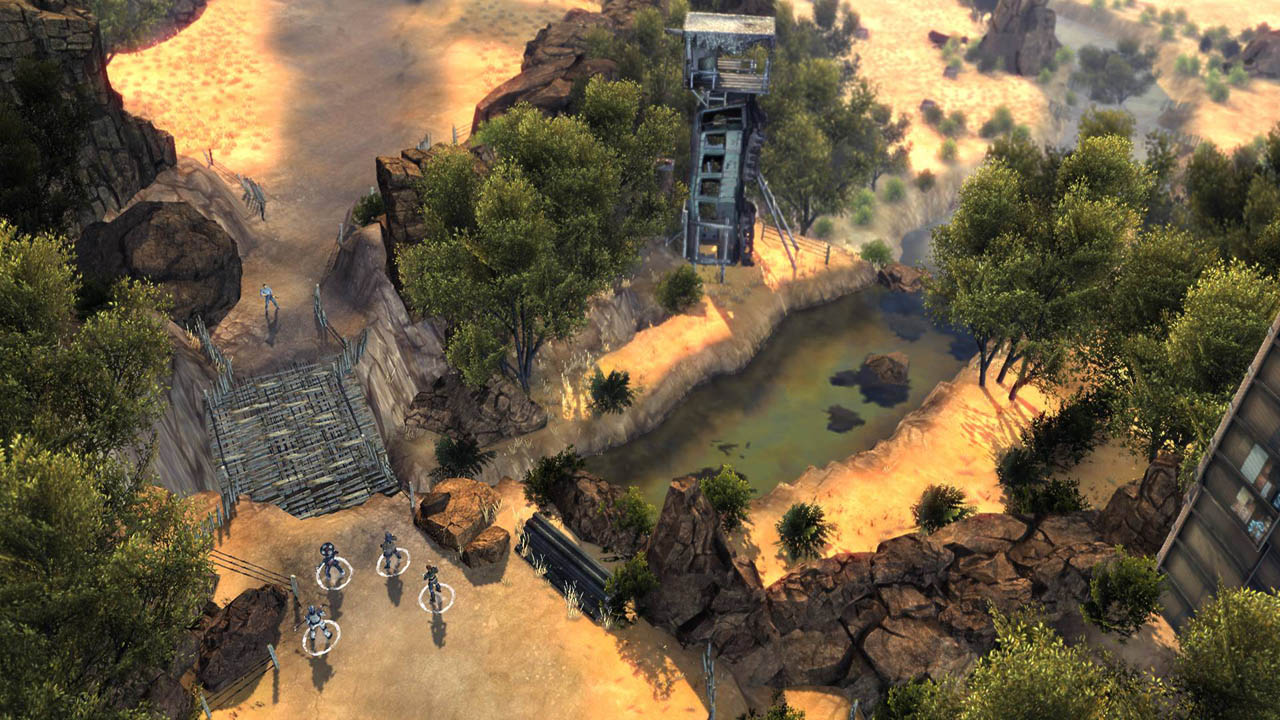 Wasteland 2 is not a game for everyone.

It’s unforgiving and unflinchingly hardcore. It gives you open slather for whatever you want to do with almost unlimited replayability. But that replayability has to be balanced against the gameplay. Will you get bored of doing the same thing over and over again? That will depend on the amount that you buy into this world and the combat.

Does it succeed in being the spiritual successor to Fallout 1 and 2, in setting and in story? Yes. In combat mechanics? Yes. I’m glad this game was made, and I can’t wait for more games like this to reappear on the gaming scene as the internet disrupts traditional publishing channels.