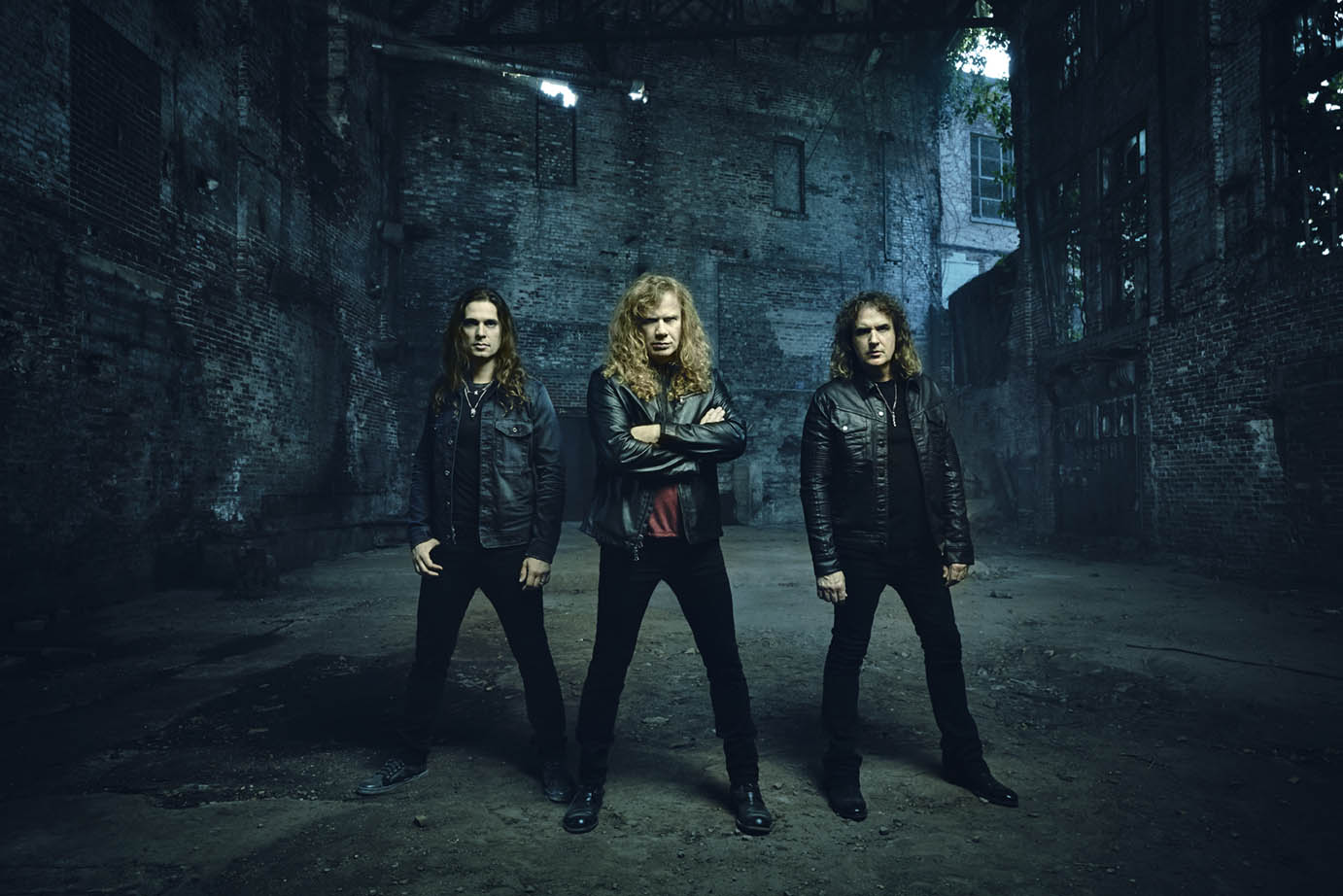 On March 22nd, 2019, MEGADETH celebrate their 35th Anniversary with the release of Warheads On Foreheads, a 35-track, career retrospective.

The anthology spans their entire studio recording career, from their first album Killing Is My Business… to their 2017 Grammy Award winning release Dystopia, and will be available as a three-CD set, a four-LP set and a digital edition via UMe Recordings. A limited edition, four-LP set pressed on silver coloured vinyl will be available exclusively through the band’s online store, with deluxe bundles to be announced.

“Thirty five years ago I chose the name Megadeth for my band and I see these songs as the most efficient weapons in the bands arsenal” says Dave Mustaine. “WOF is a U.S. military term for targeting efficiency,” Mustaine continues, “it’s all about using the right tool for the job and these tracks were created for maximum destruction (or stopping power, or something else!)”

In 1984, Dave Mustaine was determined to start a new band that would be heavier and faster than his peers. Mustaine’s song writing was rapidly maturing, and he set about combining the attitude and energy of punk, with the power and intricate riffing of metal, along with direct, socio-political lyrical content. With David Ellefson on bass and Gar Samuelson on drums, the band recorded their infamous 3-song demo which quickly circulated through the underground tape-trading circuit and became an underground hit leading to a deal with Combat Records. 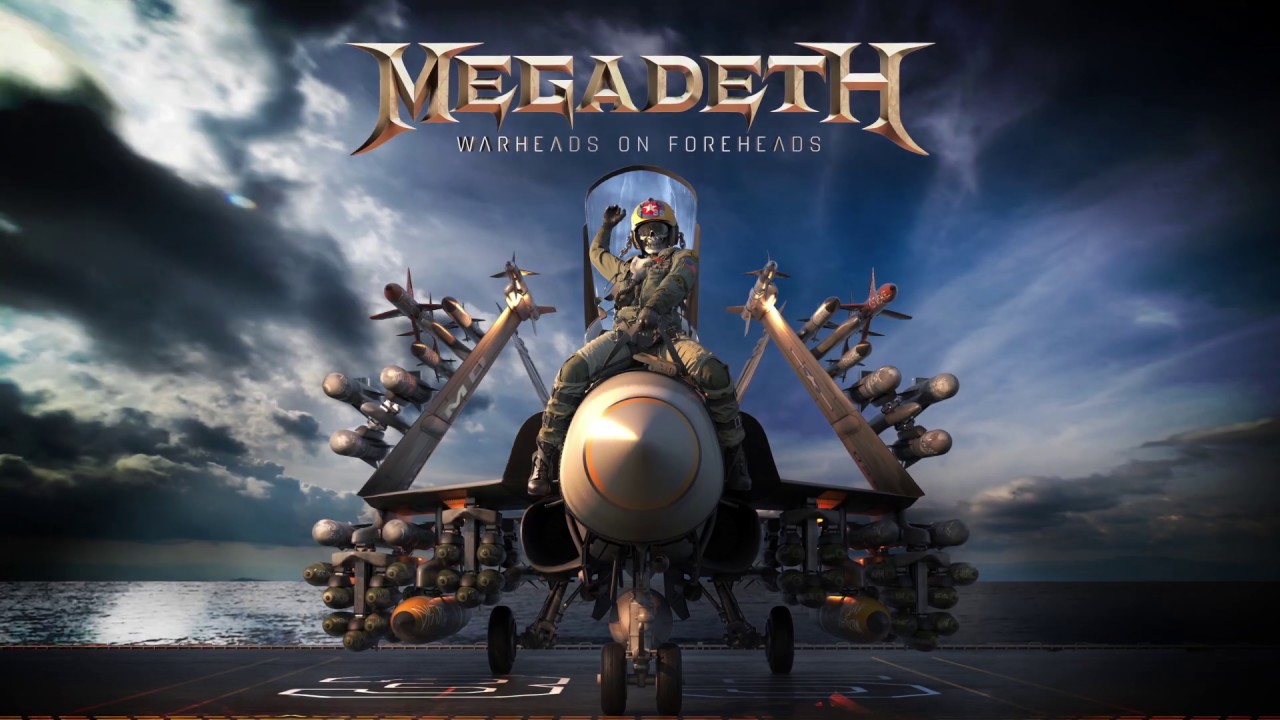 Warheads On Foreheads starts at that beginning with the early thrashers “Rattlehead” and “Mechanix” from the band’s 1985 debut Killing Is My Business…And Business Is Good, an album that would lay down the blueprint and establish MEGADETH as forerunners of what would later be called Thrash Metal (and recently hailed by VH1 as the Greatest Thrash Metal Debut of All Time).

Featured on Warheads On Foreheads are “The Conjuring” and the track “Good Mourning / Black Friday” which Pitchfork describes as “everything great about hardcore, plus a dose of the kind of show-off skill that makes lesser musicians’ fingers bleed.” Other songs included are “In My Darkest Hour” from their platinum selling So Far, So Good, So What! (1988), “Hanger 18” and “Holy Wars…The Punishment Due” from their GRAMMY nominated, platinum album Rust In Peace (1990), and “Symphony of Destruction” and “Sweating Bullets” from their 1992 GRAMMY nominated, double platinum release Countdown To Extinction.

Also featured are “A Tout Le Monde” and “Reckoning Day” from their 1994 platinum selling release Youthanasia, “Kingmaker” from their 2013 Top Ten release Super Collider, which hit No. 3 on both the Hard Rock Albums and Top Rock Albums charts, “She-Wolf” from the GRAMMY nominated, Top Ten release Cryptic Writings (1997) and the title track from the band’s most recent album Dystopia. 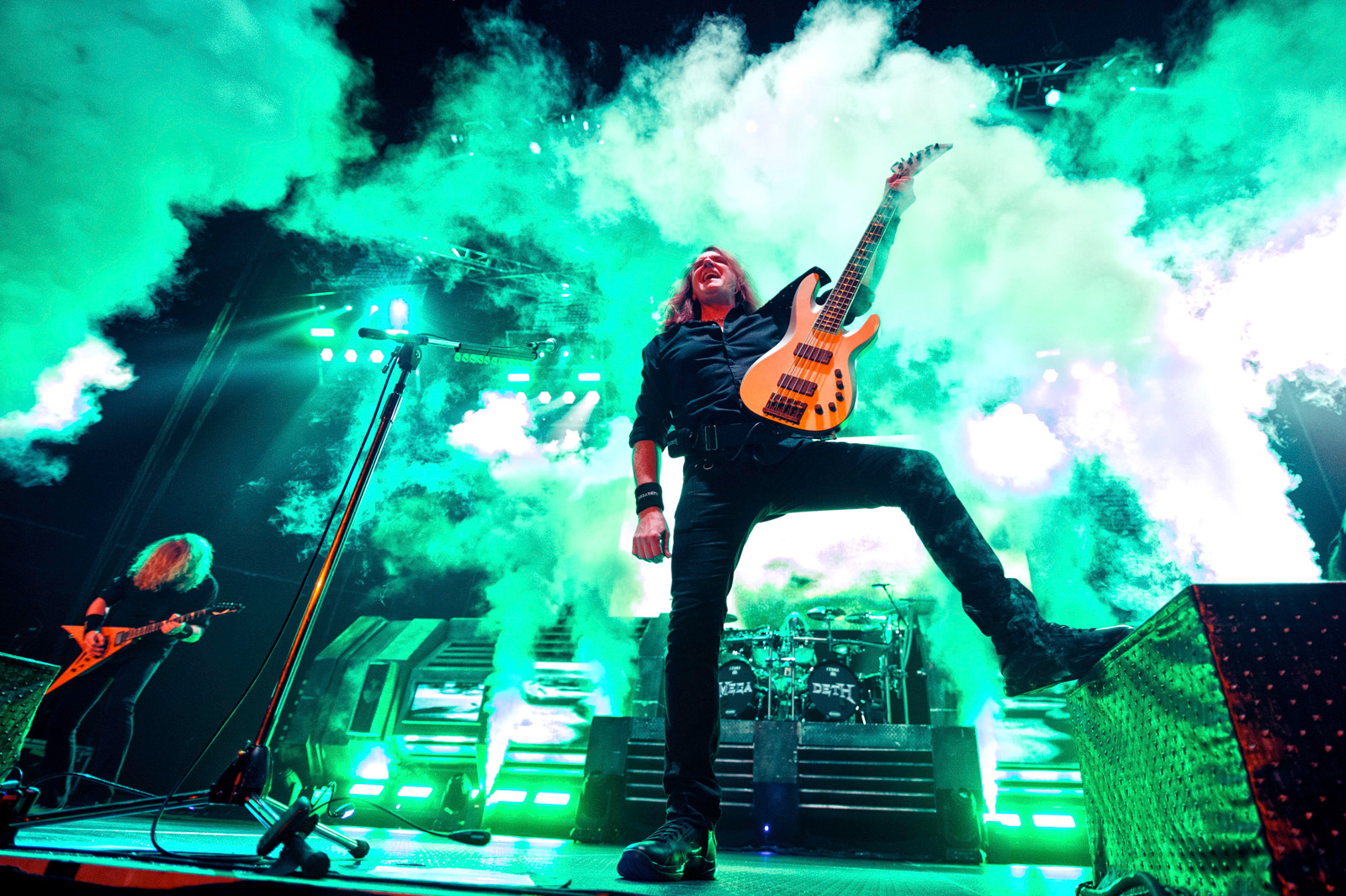 Upon its release in 2016, Dystopia reasserted MEGADETH’s place at the top of the metal world, equaling the chart impact of their early nineties output, earning the band their first GRAMMY, as well as rave reviews (The Guardian gave it five out of five stars and stated “Dystopia is an absolutely blistering return to the state-of-the-art bombast and refined technicality.”)

MEGADETH burst onto the scene thirty-five years ago, virtually inventing a genre and selling more than 38 million albums worldwide, earning numerous accolades including a 2017 GRAMMY Award for “Best Metal Performance” for the title track “Dystopia,” 12 Grammy nominations, and scoring five consecutive platinum albums. With sheer determination and a relentless recording and touring schedule, MEGADETH worked their way up from headlining clubs to headlining arenas, festival and stadiums, cementing a legacy that continues to grow and spread throughout the world.