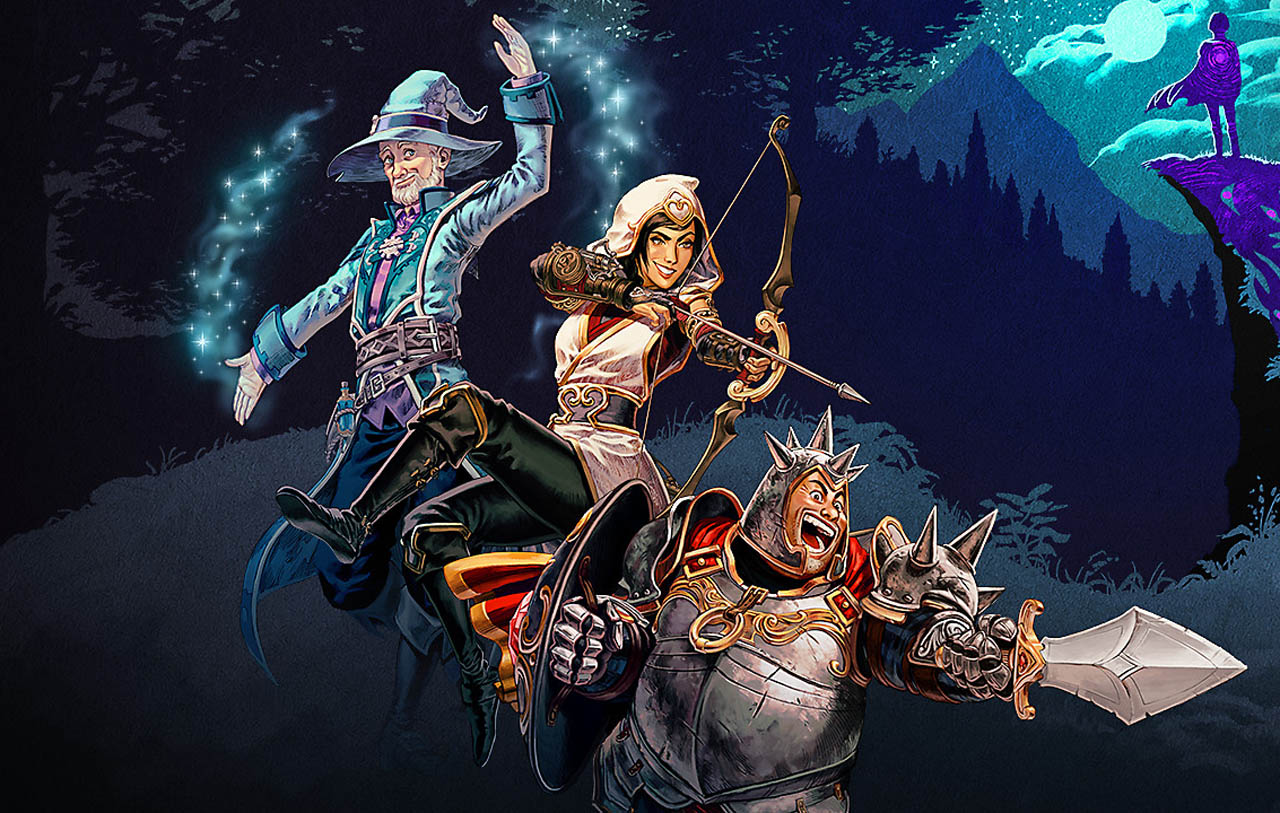 How do you do it all over again, for the fourth time? How do you keep the same formula fresh after so many iterations of the same idea?

Incredibly, Trine 4 has the answer. After the pushback against the move to a more 3D adventure for Trine 3, Trine 4 reverts back to the well-known and loved 2.5D gameplay of the first two games. And while it is a shame in a sense that Trine as a whole hasn’t been able to expand in the way the developers may have hoped, Trine 4 is evidence that the unique 3 player 2.5D puzzle platformer genre has life in it yet.

Trine 4 starts by bringing together the three familiar adventurers from the previous game, before sending them off on a quest to chase down a prince that has gone astray. You soon find him, but through his temper, immaturity and a good old dose of the forces of evil, the chase is longer (and more complicated) than it first appears. 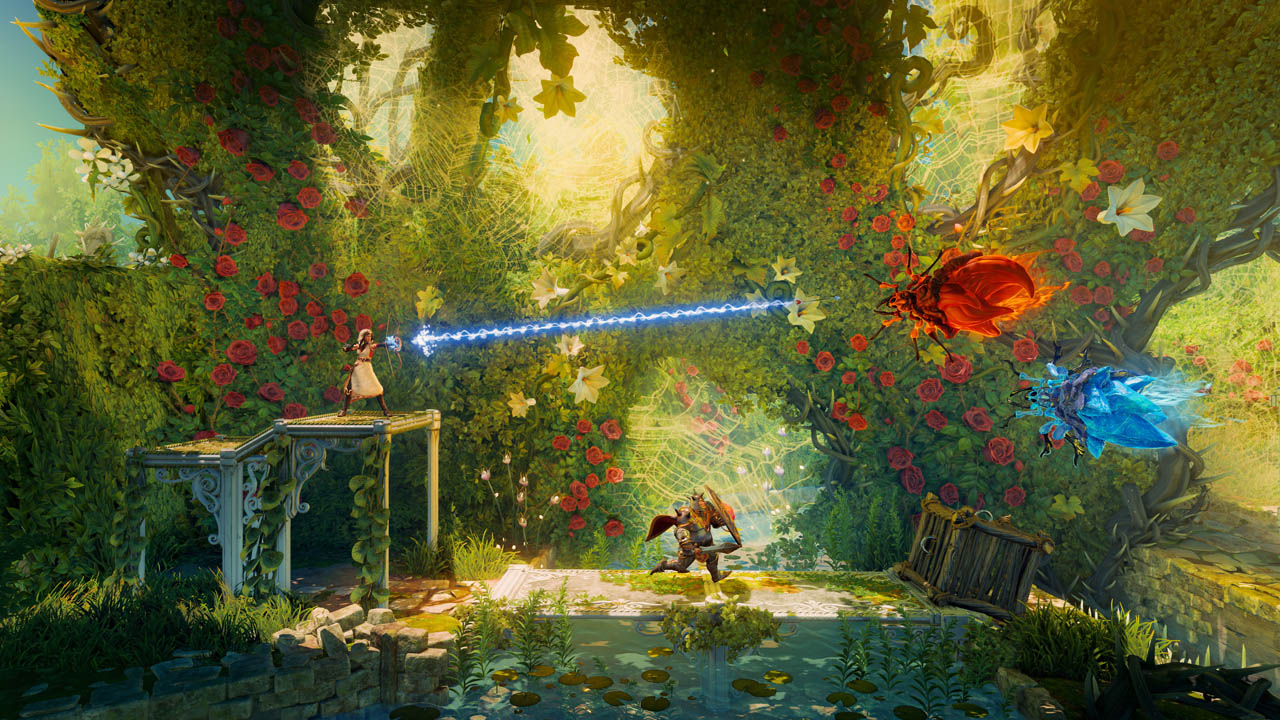 To eventually get to the Prince and return him to safety, you must traverse a world full of puzzles designed to test your ever-growing list of skills and abilities. You control three distinct characters with individualised skills to help you do so – a wizard who can conjure up boxes, a thief who can shoot a rope to climb on, and a knight who has a great big swinging sword. At first the game will present you with some simple box puzzles, but as you gain more powers through the game the difficulty ramps up. I found the difficulty curve to be carefully considered, though at times I got a skill and didn’t really feel like I had enough time to test it and become familiar with it before the puzzles moved on at what seemed like random.

Fortunately there are multiple ways to finish each puzzle, and as long as you can get to the other side of the screen and move on there’s no penalty for coming up with the most harebrained-scheme type of solution. While there are collectibles to find and additional skill points to discover, neither are necessary at all to progress through the world and so simply moving left to right is all you need to focus on. 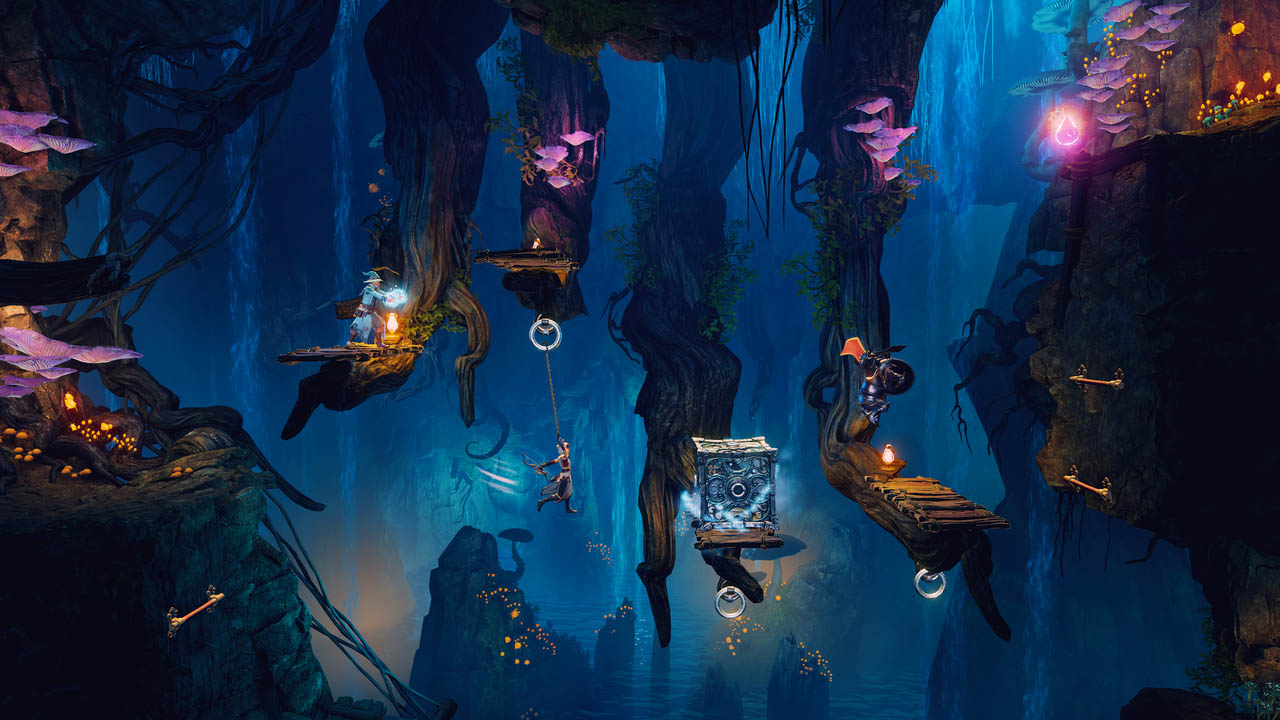 I’m sure that many of my “solutions” would have left the game’s developers sighing in disappointment that I didn’t do the “correct,” clever thing, but it speaks to the flexibility of the physics-driven system that it allowed me to seemingly-break the game with alternate ways of progressing. I will say though that one late-game skill fundamentally destroyed the complexity of almost all puzzles, allowing me to progress without actually considering or taking note of the puzzle on screen. I would say that this skill should only be accessed as a last resort, and if you want to preserve the game as it was intended to use it only sparingly.

Less impressive were the too-frequent combat sections that broke up the puzzles. These sections make you stop and button-mash your way to victory against only a small number of enemy types. It felt like filler, and an excuse to make up for the lack of the use of the knight in many of the puzzles themselves. Completing these sections never felt anything more than bashing my way through a wall that was preventing me from accessing the good stuff. 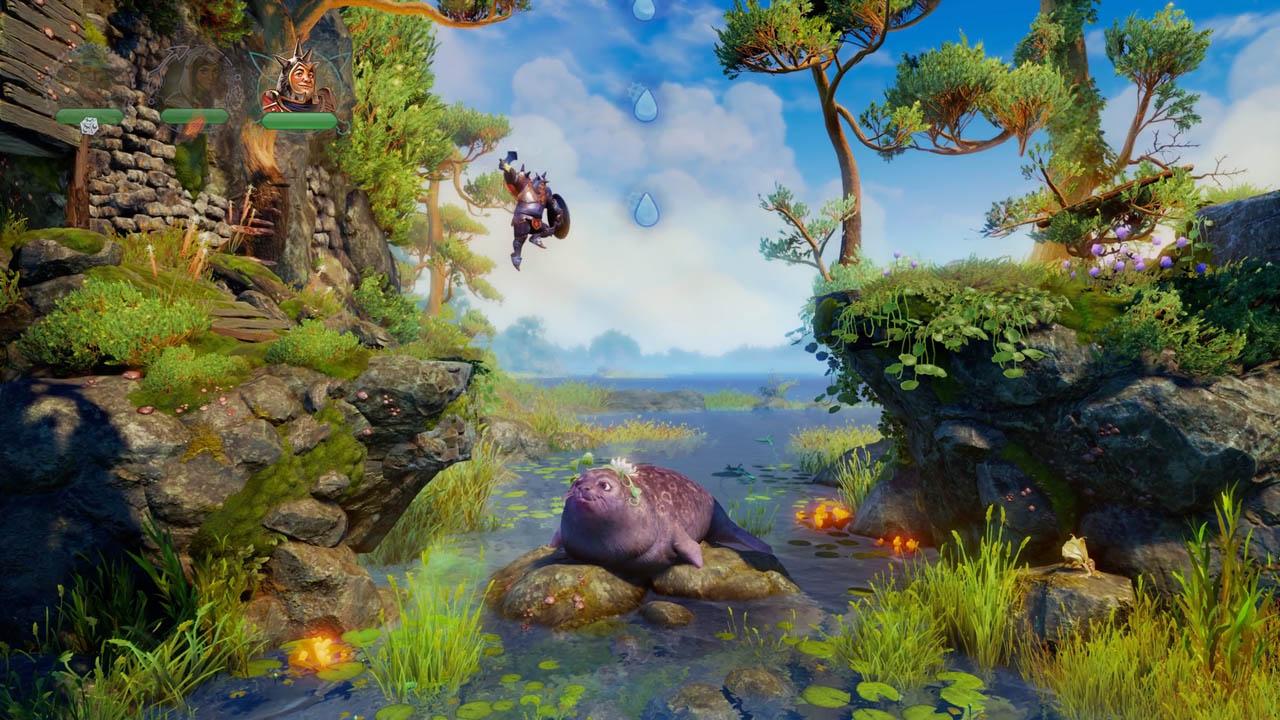 This drudgery can be made significantly easier with a co-operative partner, whose presence benefits the game as a whole. The puzzles do change based on whether you have a partner or two playing with you, which gives the game a bit more replayability value. On the small Switch screen it can be a bit difficult to see what’s going on with two people, so I recommend turning on the helpful character outline option to get a better idea where your character (which can change) is at any one time.

Trine 4 looks absolutely stunning on the Nintendo Switch. It’s seriously one of the most impressive games I’ve seen on the system, rivalling that of games from developers with much larger budgets. Detailed backgrounds burst with life, foliage sways and beautiful animation works makes Trine 4 a real treat to behold. The Trine series has always been known for its artistic vision, but I was especially impressed with how this held up on the less-than-powerful mobile chipset of the Nintendo Switch. 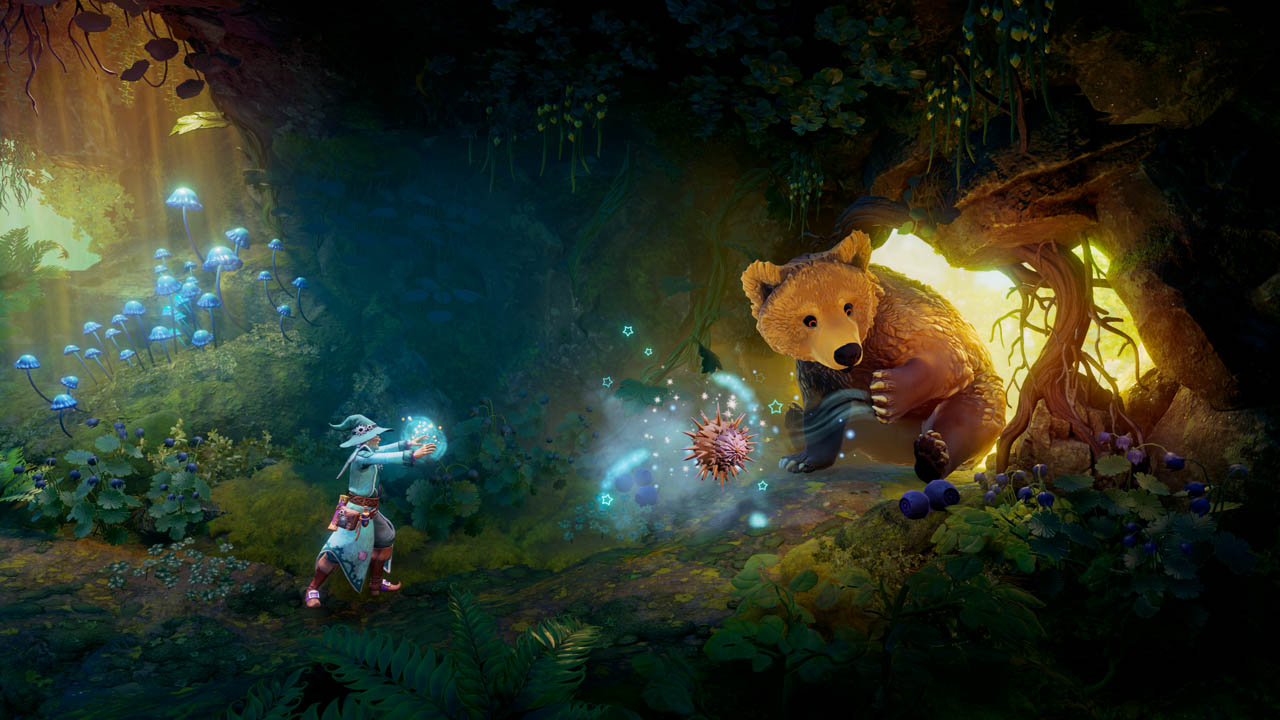 Trine 4 isn’t too long and doesn’t wear out it’s welcome. At about six hours you’re better served for your money picking up the entire Trine Collection for a little more and I’d recommend you buy that in lieu of just this game.

A worthy follow-up to a storied franchise, Trine 4 gives you some of the best puzzling of the entire series, wrapped in a gorgeous world that ran smoothly on my Nintendo Switch (original). The only real downside to this game is that it’s over just as your addiction to solving tricky puzzles is at its greatest, but it’s still a satisfying snack to pick at between other games, or, if you’re like me, to binge in just a couple of satisfying sittings. 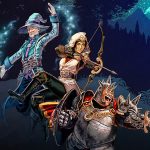 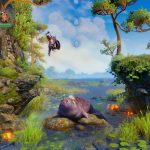 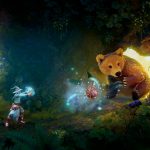 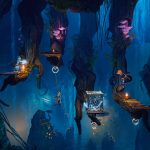 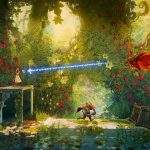