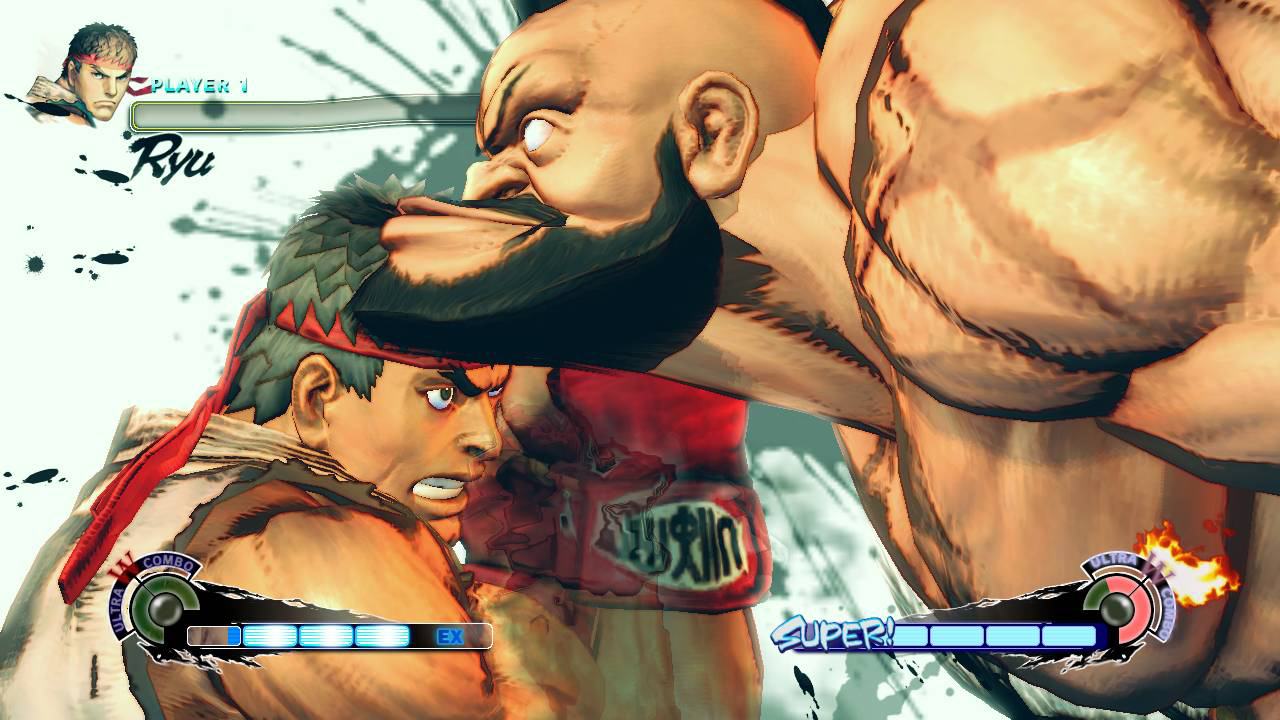 Easy to learn, difficult to master.

This is perhaps the mantra behind any great fighting game, when well designed, these titles should be a Russian doll of technicality, as the player pushes deeper, they come to appreciate an even smaller nuance of game design which lends the upper hand to the more skilled combatant.

Street Fighter has long lounged on the throne of fighting games, despite a few hiccups in recent years;it remains the gold standard by which other fighting games are measured. Mortal Kombat might be the visceral gore soaked thriller, Tekken might have a sleekly produced mass appeal, but the die hard fighting fan will still always tout Street Fighter as the king of the blood soaked hill. 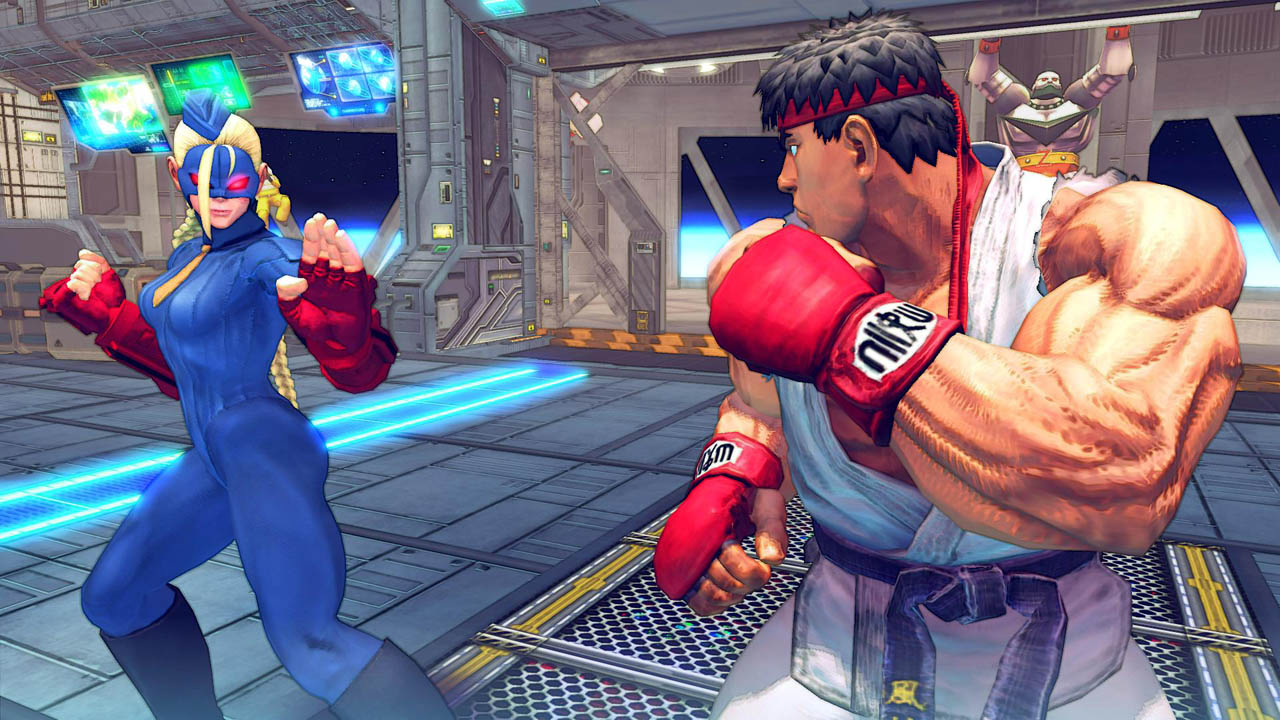 In this latest offering, the best possible version of Ultra Street Fighter IV is brought to consoles, along with all bundled DLC and a slick new graphical coating. Whether or not this is a cash grab by the developers, re-releasing a title which has already been released multiple times, is a discussion many have been having vehemently.

My take is, this is a complete version of a great game, it may not be worth re purchasing if you already own an earlier iteration, but is a wonderful entry point for the novice and returning pro alike, with an enormous amount of content that is well worth the asking price. 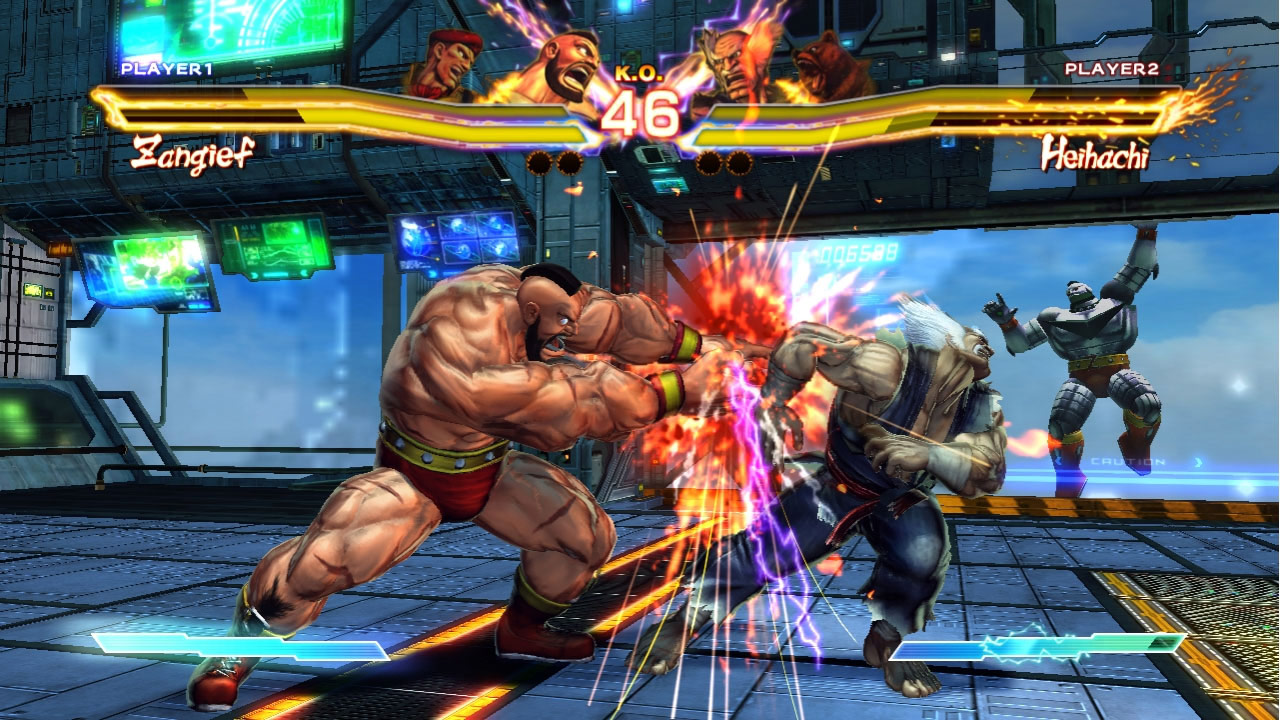 In terms of comparison to previous releases of this game,Ultra Street Fighter looks phenomenal, playing at 60 fps and at 1080p not only makes the series’ signature cartoonish style vividly pop off the screen, additionally it makes the games action even more visually cohesive.

The iconic roster of Street Fighter is bigger than ever with this release, all the favourite classics along with the latest in DLC offerings, with various skins and outfits for each fighter. Not only are there aesthetic variations for characters, but gameplay altering “Omega” modes as well, leading to an impressive level of diversity in matchups. 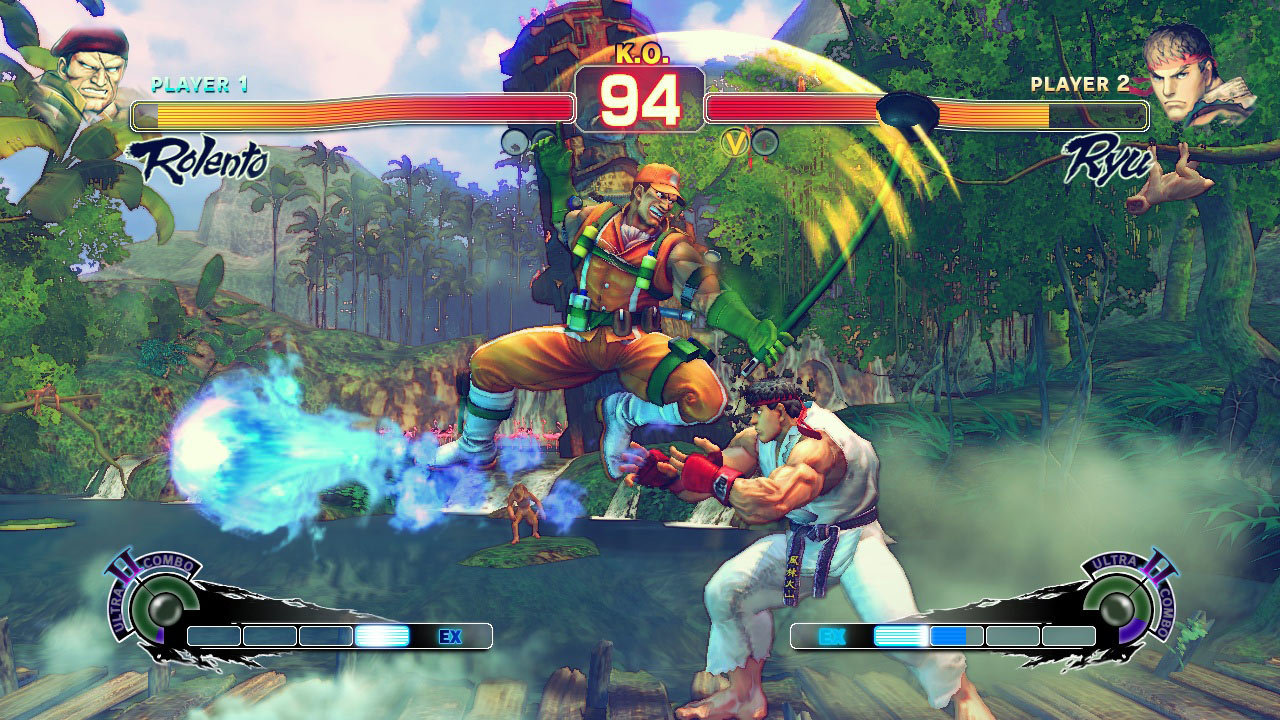 An aspect of this game which may be off putting for the new comer is the scarily steep skill difference between the casual couch matchup and the online encounter.

Street Fighter is a tight game, so much so that you can always feel that you learn from your mistakes instead of simply being frustrated by unbalanced design elements, however one issue I did take was a lack of support for the new comer into certain elements of gameplay.

Navigating from pause screen to move lists for example, a center point of any fighting game is occasionally needlessly complicated and breaks the rhythm of combat, something that a new player is almost certainly going to be doing constantly. This is a minor quibble however, and the fundamentals of Street Fighter’s controls are still accessible enough so that the new player will never feel needlessly daunted when striving to master the games subtleties. 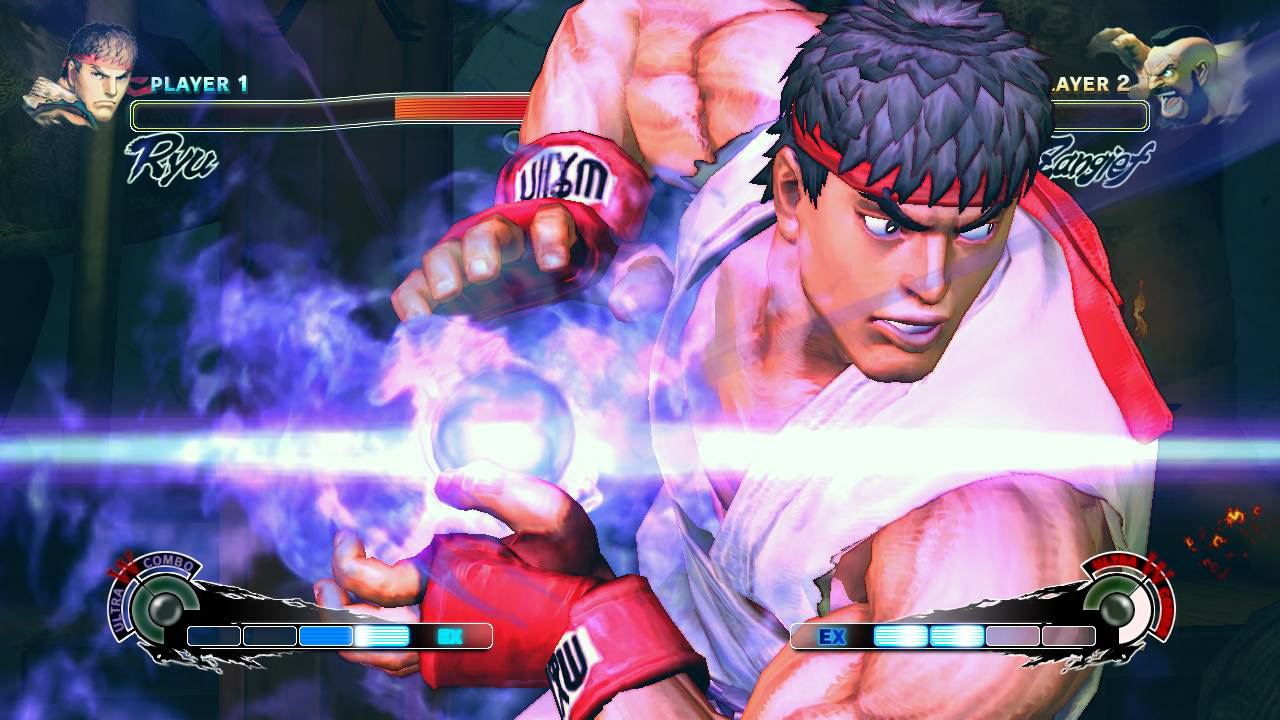 At the time of writing this review, the game has already been commercially available long enough for certain crucial patches to have ben put in place, so it is important to note that players using an earlier version of the game have often encountered game destroying bugs and latency issues.

However, I myself have found the entire experience of the game to be relatively bug free, with the exception for the most minor of frame rate issues and lag during online competitive play. It is perhaps problematic the technical standard to which the fighting game is held in this regard, as even the most minor glitch in performance during a match is immediately game changing, as at a high level the response time must be almost immediate or the outcome of a match can be altered, much to the players frustration. 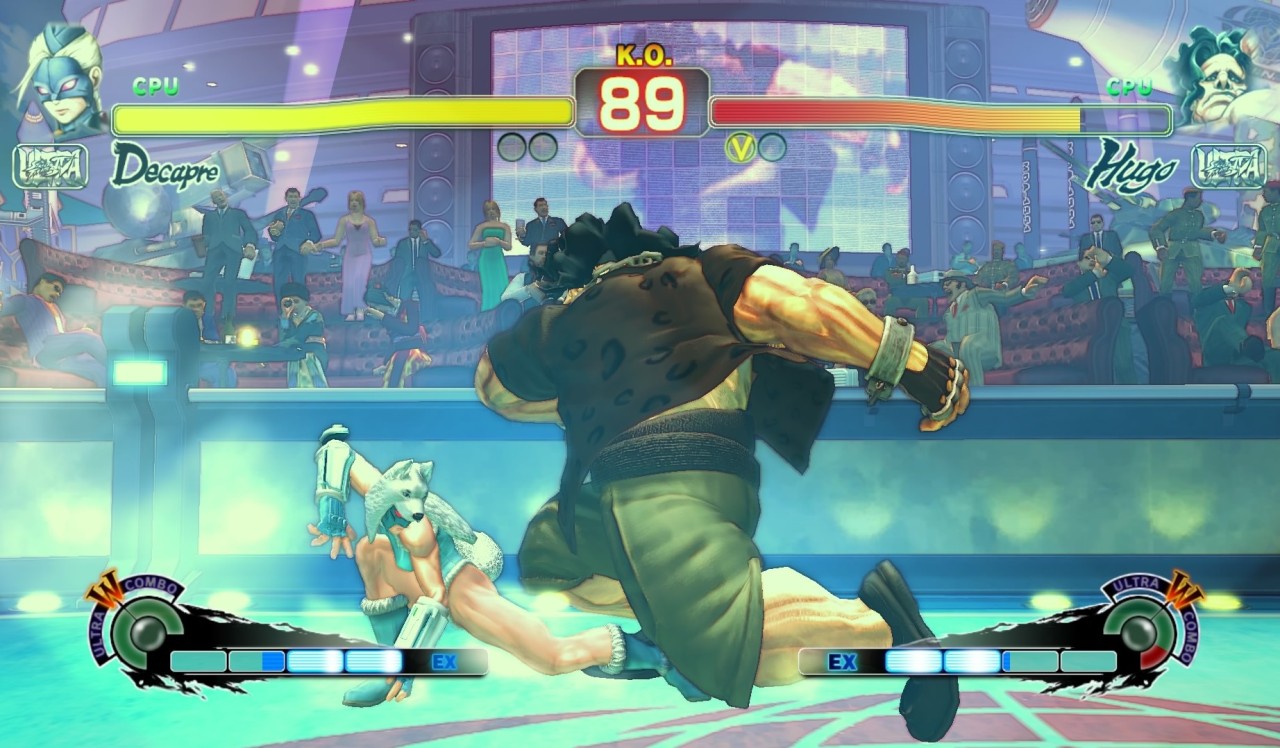 I can understand this anger, but at the same time feel the need to highlight that may be somewhat unfair when there are certain issues that a developer will necessarily be forced to address post release, once the general public are fully engaged with the game and exposing any cracks in the games coding. Fighting games must always bear the onus of having even the most minor of technical faults becoming critical errors, as the response time for players is so vitally important.

Overall Street Fighter Ultra IV is a bargain at its asking price, and packages the long time king of fighting games in one content rich, visually fantastic bundle. Its combination of technical depth, alongside a (mostly) accessible control system, and is a strong reminder of why Street Fighter remains the pro gamer’s favourite.