Sea of Thieves (Xbox One) Review 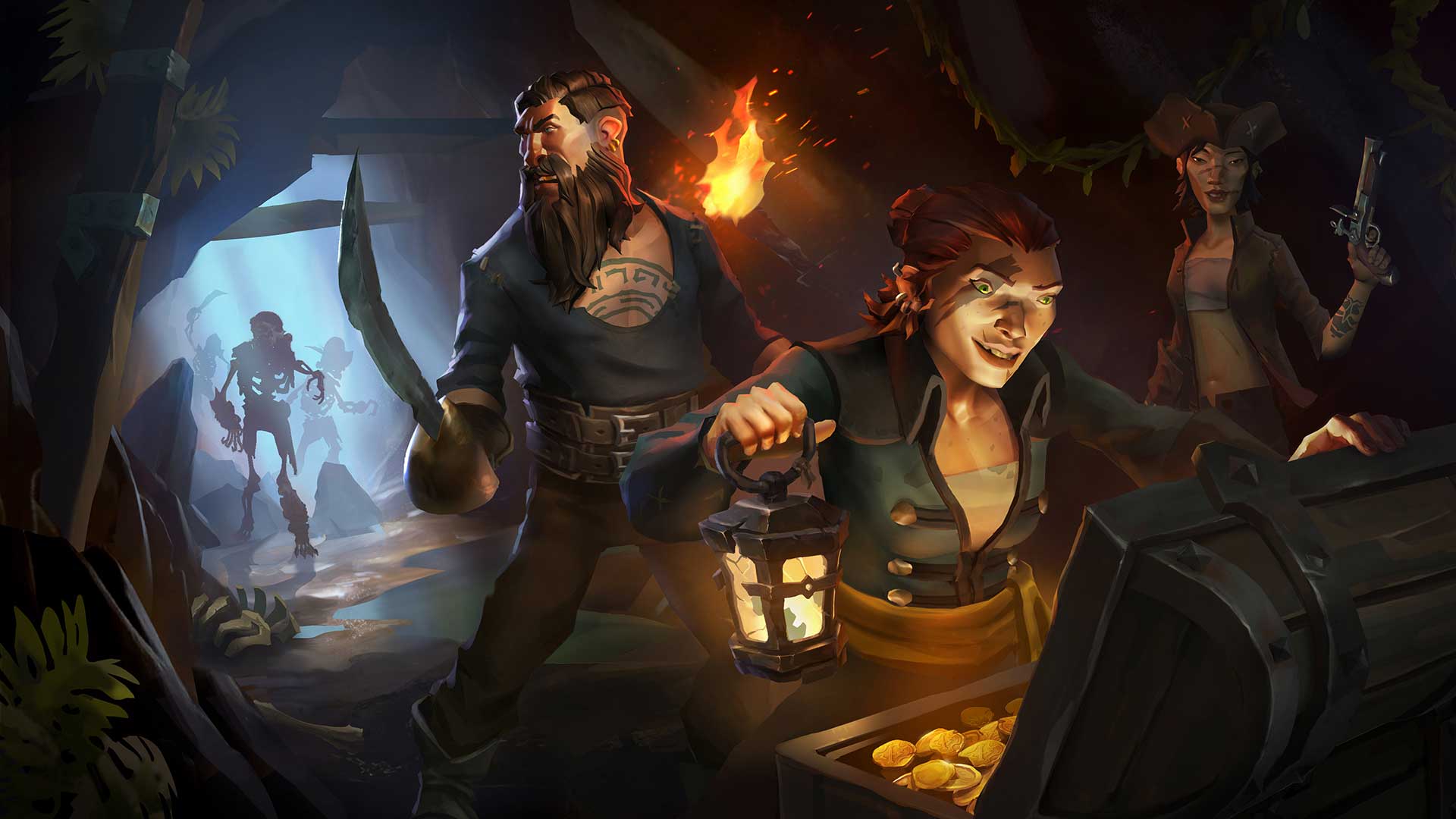 Rare have had somewhat of a checkered past. While they excelled under Nintendo back in the N64 days with the likes of Golden Eye and Banjo Kazooie, their games under Microsoft haven’t been as well received among fans.

Shaking off their recent Kinect-orientated past, Rare have finally come back with a game that has many fans intrigued with Sea of Thieves.

Sea of Thieves is unlike any game I have played before. Rare themselves have taken to calling it a Shared World Adventure Game (SWAG) which is a reasonably apt description. The basic premise of the game is to sail the seas with a small group of pirates while going on adventures.

It does certainly contain a sandbox element as it tries to provide the wide-open world of charted and uncharted islands strewn across an expanse of sea for players to explore at their leisure. The world provided, is quite a well-polished and beautiful one. It has many great aspects, from amazing water mechanics to gorgeous islands and some of the prettiest and dynamic skylines in a game. 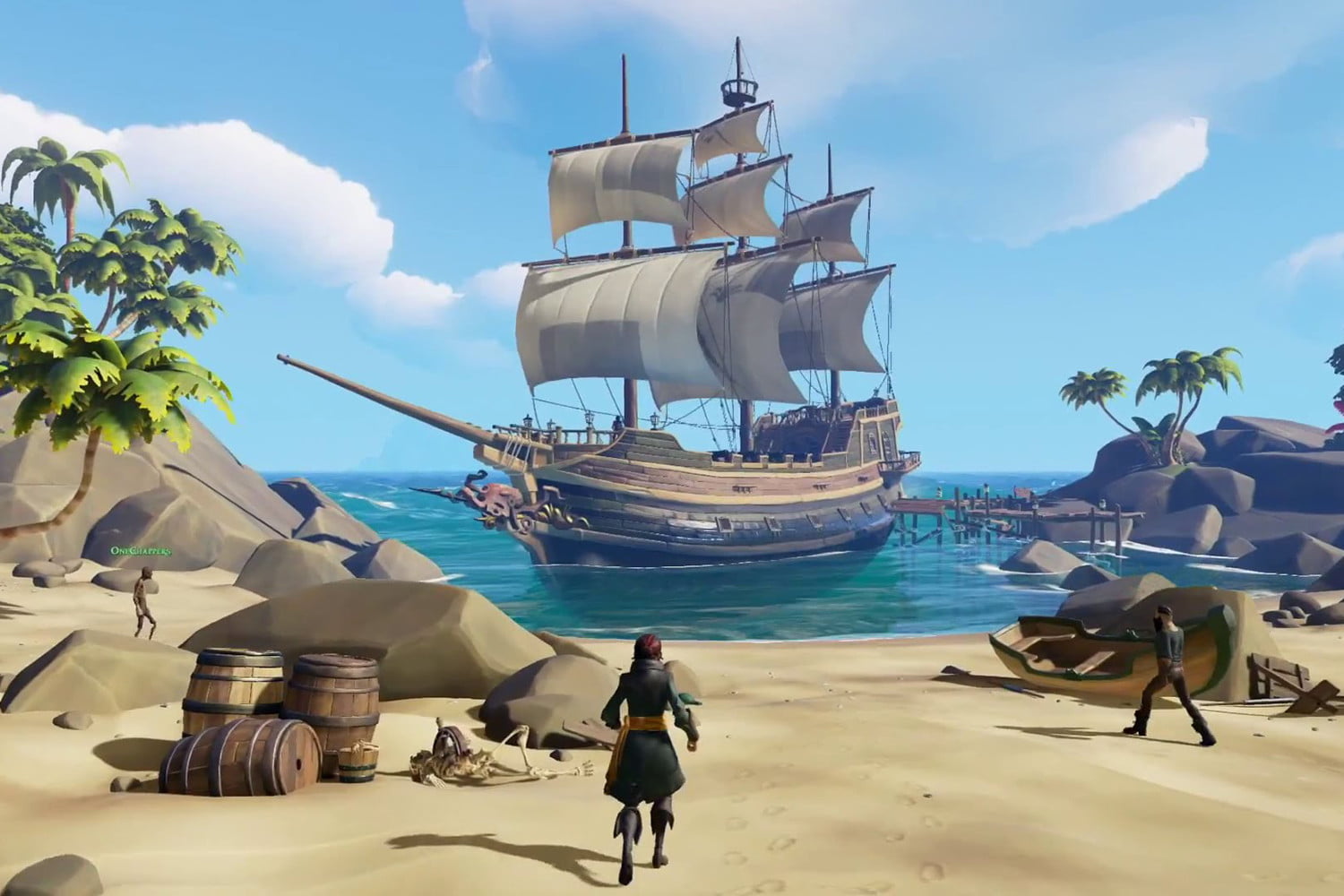 These visually impressive elements however don’t quite make up for the small selection of engaging in game content.

Each of these has players roaming the world, searching for either, chests, skeleton hordes or trade goods. The Gold Hoarder missions, as might imply, revolves around finding treasure. These can provide for a decent amount of fun as they can include figuring out riddles and searching for the right island and then figuring out the exact spot of X on the map. This mission set is the most rewarding, both in sense of fun and actual loot. 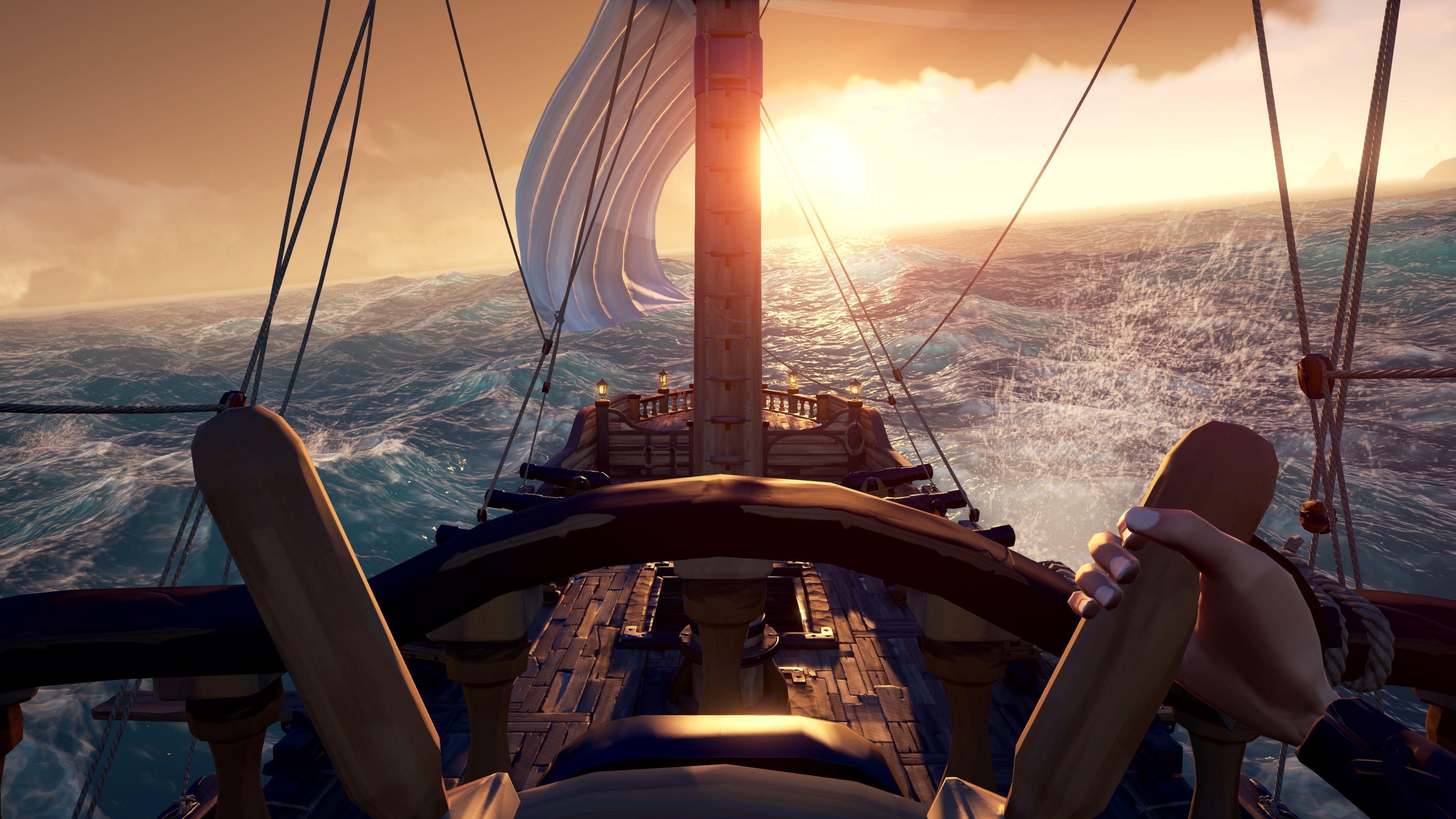 Facing skeleton hordes can provide some fun but I feel isn’t as rewarding as chest hunting. Destroying waves of skeletons takes time and then the end boss might not drop a very valuable skull but there are those that still quite enjoy this line of quests. The Merchant Alliance quests, however, are easily the worst. There is a lot of work and little reward. Going to random islands to capture a specific coloured pig, chicken or snake and then return to a specific Outpost, in a given time limit while trying to keep some animals alive isn’t by any means enjoyable.

The final event in game that provides opportunity to get the ever-sought-after loot is Skull Forts. These usually provide a good chance of PvP interaction. A giant skull will randomly appear over and active fort. These forts contain a fairly good haul of various treasures. To obtain the treasure however many waves of skeletons need to be defeated, the boss skeleton killed, a key retrieved and then open the locked treasure room. 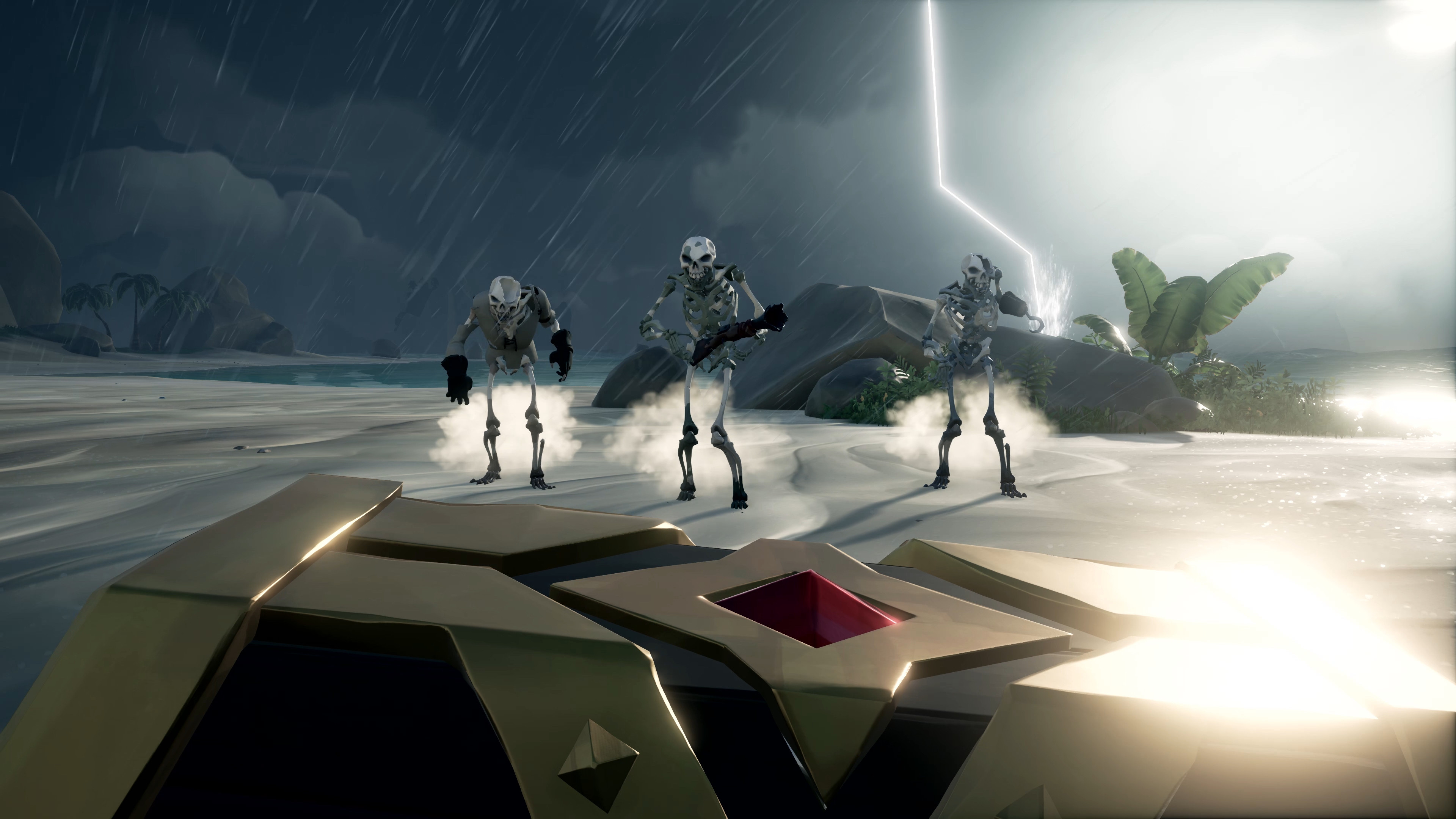 The interesting part is, everyone on the map can see the beacon in the sky, meaning you will likely also need to fend off or work with other crews, who could be as sneaky and back stabbing as you plan to be. These events can provide a good spot of fun but can draw on as you fend off both waves of skeletons and players. The most recent update has seemingly helped fixed the respawn issues around this.

While these provided aspects can be entertaining the most fun in the game comes through the things that happen to you on your adventures through player interactions. Accidently beaching your ship, fending off other viscous pirates, or simply playfully trash talking crew mates is what makes the game truly enjoyable. Collecting a chicken, naming it Dobby and keeping it as the first mate to then having the crew continuously hide him around the ship and threaten to throw him overboard is the sort of mischief players can get up to that make a session memorable and terribly entertaining.

Though if you just join up with the next galleon setting sail and just plan to play the game, well it can become dull quickly. While loot is the be all end all, all it actually gains you is cosmetic changes. You can alter what you shovel looks like, get a fancier hat, a pretty sail, but all these things can be quite expensive and so the game does get quite grindy if you are serious about obtaining certain aesthetics like ship cosmetics. 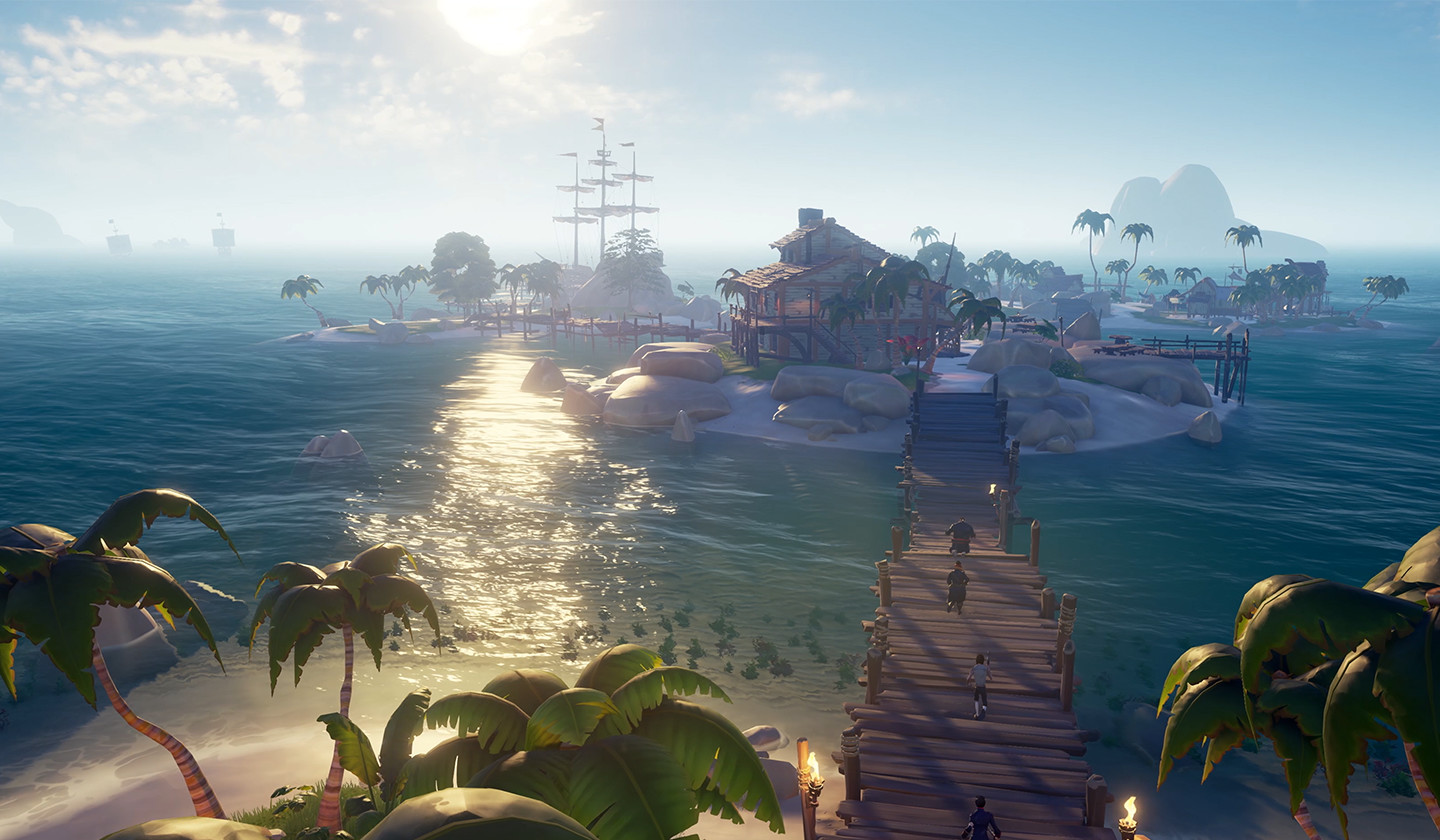 Apart from other players and skull forts, players can randomly encounter the kraken. It’s sadly not as exciting as it sounds. It’s just giant tentacles poking out of the water that might impede your progress a bit and can almost be ignored. Even if you defeat one, there isn’t currently a reward for doing so.

The game is particularly lacking in AI controlled things that can kill you. The main enemy type is skeletons. These are the enemies you will be encountering wherever you go. There is some variation in types of skeletons but fundamentally they all just skeletons. Sharks can get an honorable mention as it does make exploring a sunken ship or collecting resources in floating barrels just a bit more intense.

The best thing I can say about the current state of Sea of Thieves is that it provides a great foundation to a game. Unfortunately, the state the game is currently in doesn’t build upon this foundation enough to provide what feels like a complete experience. The game feels like is has about 30% of the content it should for it to be considered a complete game. 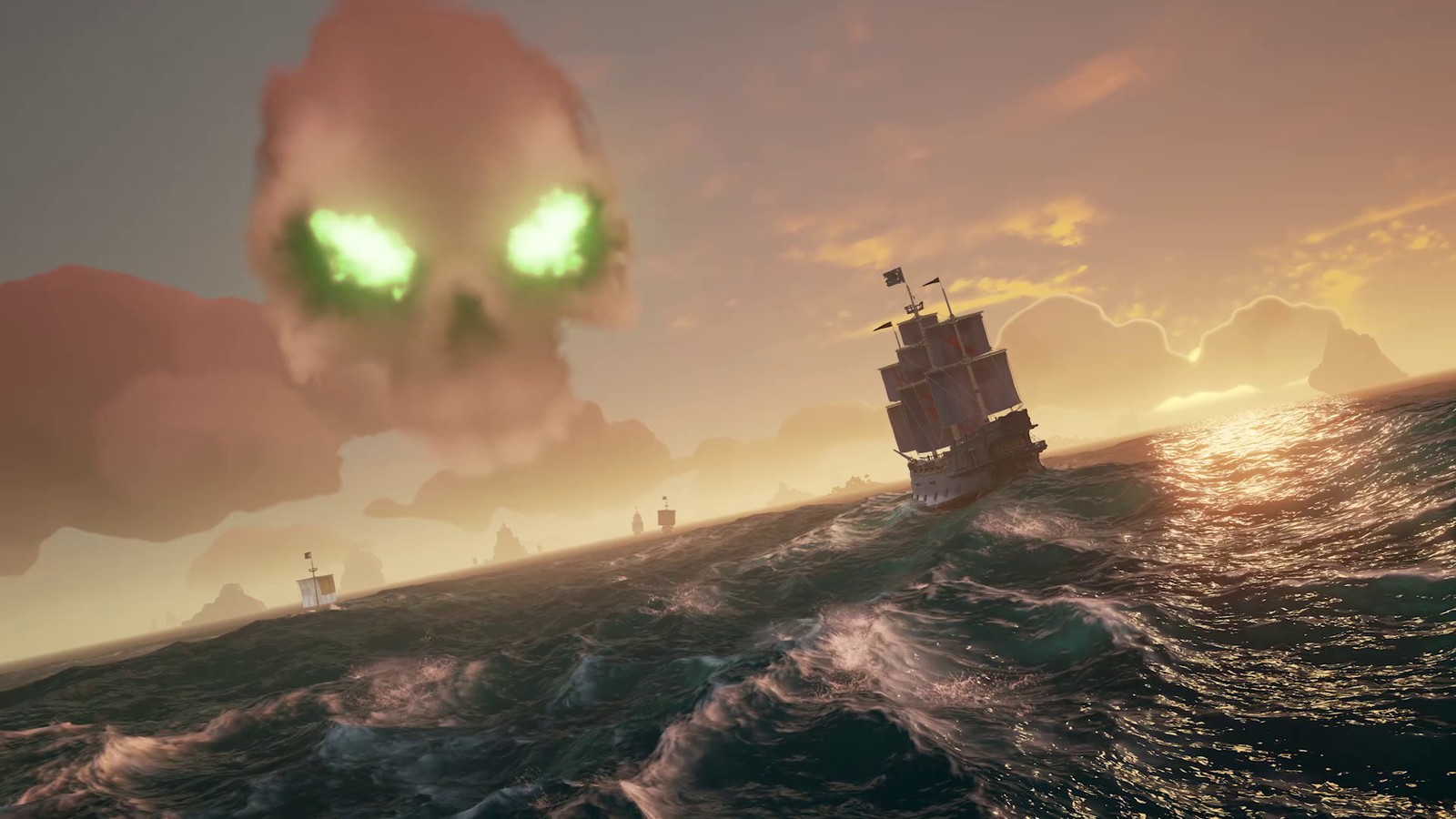 The good news is that Rare has promised to continually build upon this game by adding free new content. The question is though whether the fanbase will stick by it long enough for this content to be released. In its current state I feel a large portion of the audience will be turned off the game.

Sea of Thieves was never going to be the sort of game that reviews particularly well. It relies on your interactions with others rather than pure interaction with the world. That said there is still plenty of fun to be had and friends to make sailing the high seas.

It also is a game that will hopefully continually improve and evolve over time to further enhance the pirating experience. 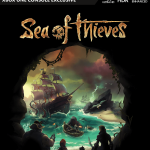