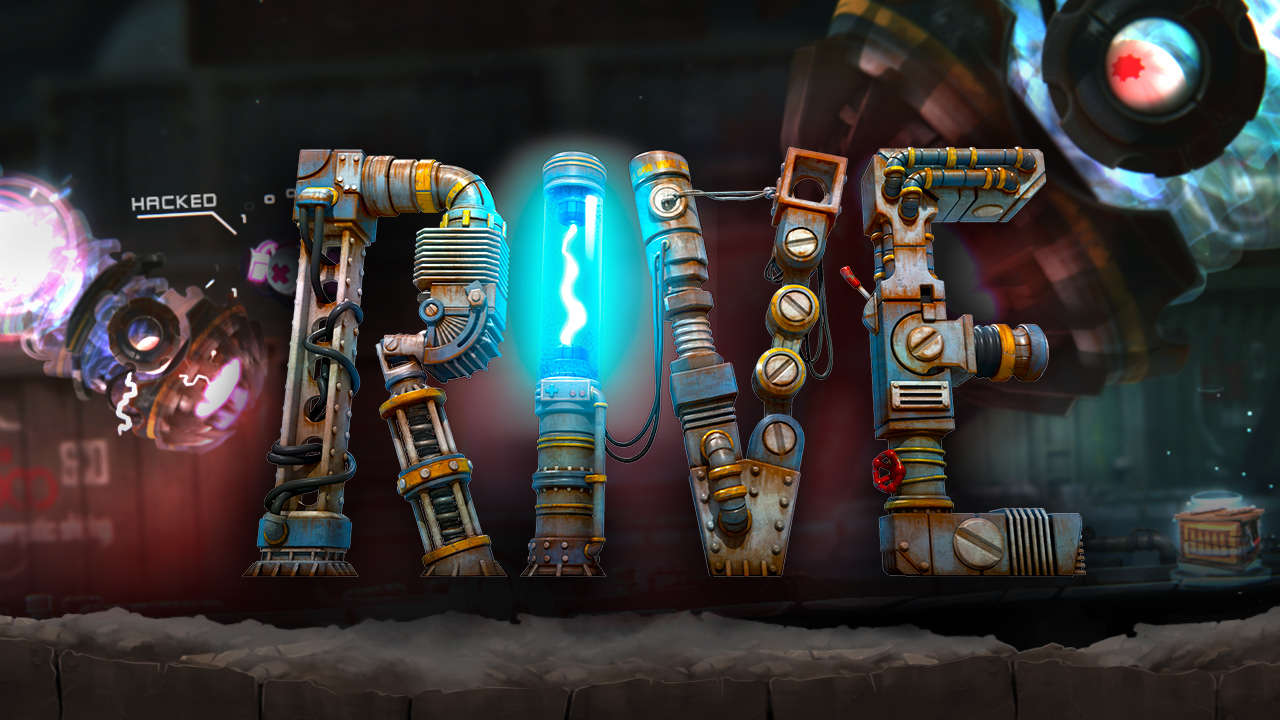 With so many great side scrolling action games these days, especially from the indie scene, it is hard to make one that is not only good but stands out from the pack.  Two Tribes of Toki Tori fame have decided their time is up and are closing up shop, leaving with Rive as their final piece, but can it excel the way Toki Tori 2 did?

Kicking straight into the game, from the menu screen the normal/easiest mode is called hard mode and this very much sets a precedent for what you are in for as the game takes no prisoners.  Rive is a game that is very difficult but not by being frustrating and just overpopulating the screens it always feels like enemies were planned and if you die it is because you made a mistake, as opposed to some games where they just throw twice as many enemies at you and call it a day. 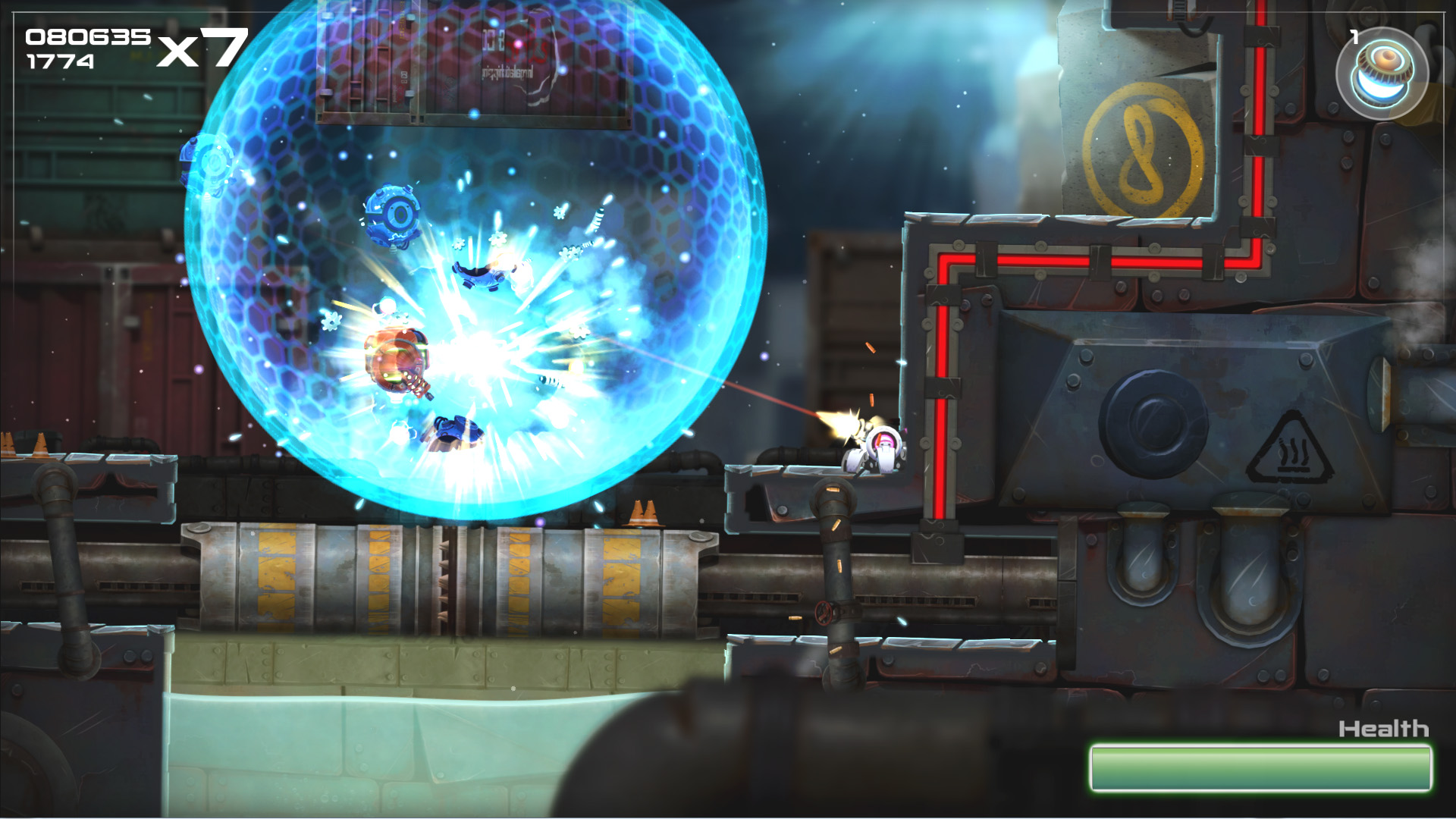 One other thing I have noticed becoming more prevalent in difficult side scrolling games is leaving long amounts of time between checkpoints.  Meaning if you try multiple times to beat something, then keep playing for a while only to die, you may have to overcome that difficult thing over and over again.  This repetition is loved by some but drives me insane and Rive doesn’t do this to its players though opting for generous checkpoints meaning if you have been beaten you are usually less than a minute from having another crack at what felled you.

I lost track of the story relatively quickly.  The protagonist is a space salvager cliché Duke Nukem type with his square jaw and witty comments.  A lot of the jokes are dumb but some are fairly funny and this really sets a tone in the game.  It is fast paced insanity with a relaxed fun nature to it and even the cringe worthy jokes add to this feel. 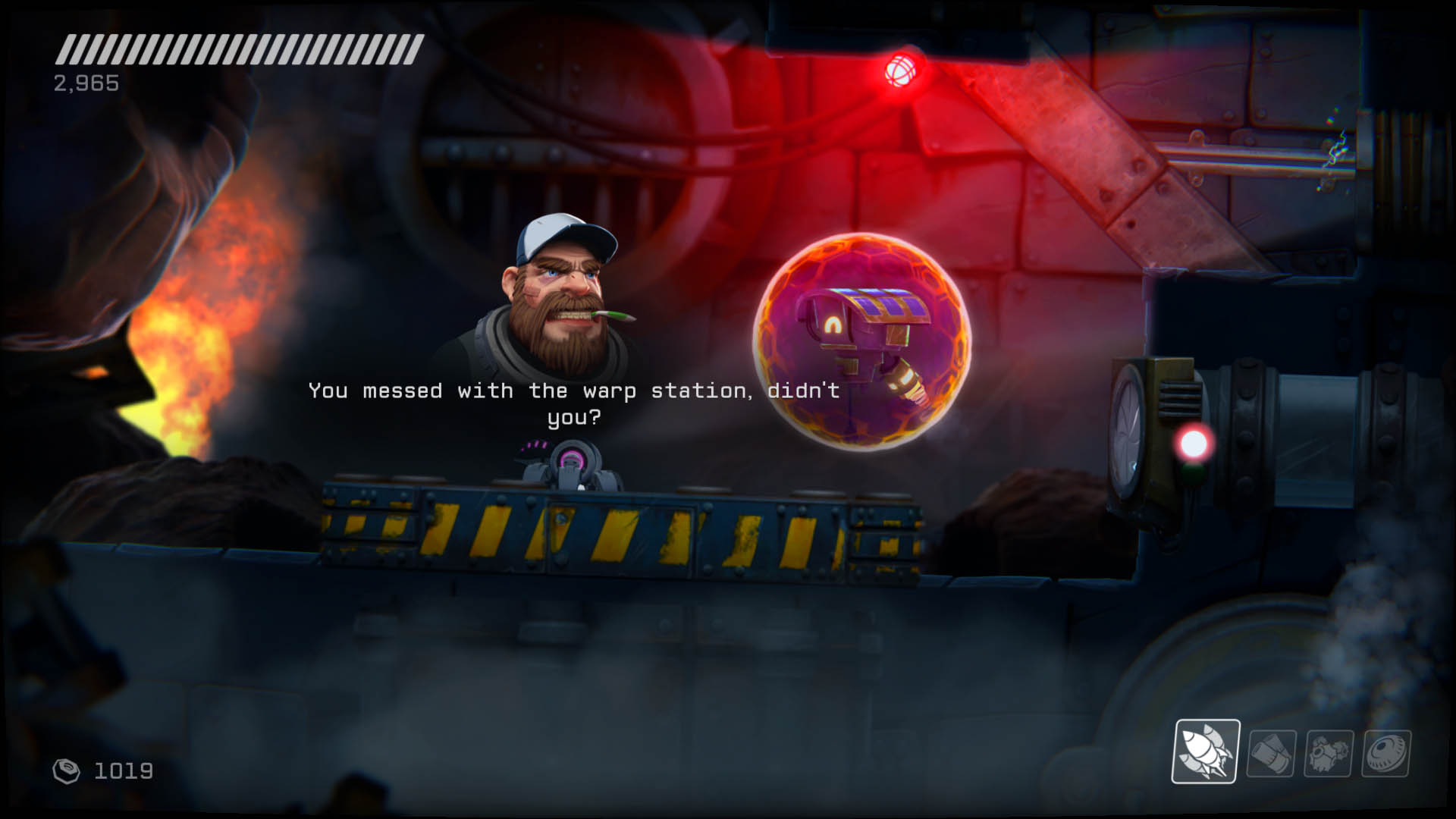 What makes Rive stand out to me is its use of gravity.  Throughout the game you essentially play in two modes, the zero gravity parts where it is a 360-degree shooter where you can fly anywhere, through to the more platforming centred gravity areas.  These come and go throughout the game and help break the game up, as each element on its own is done well but the changes stop them getting annoying.  The two dimensional platforming can get especially difficult at times with traps and elements ready to kill you everywhere which are not quite as frustrating with the aforementioned generous checkpoints.

The only issue I had was a few hours in with no interest in the story the gameplay elements started to get a little repetitive. 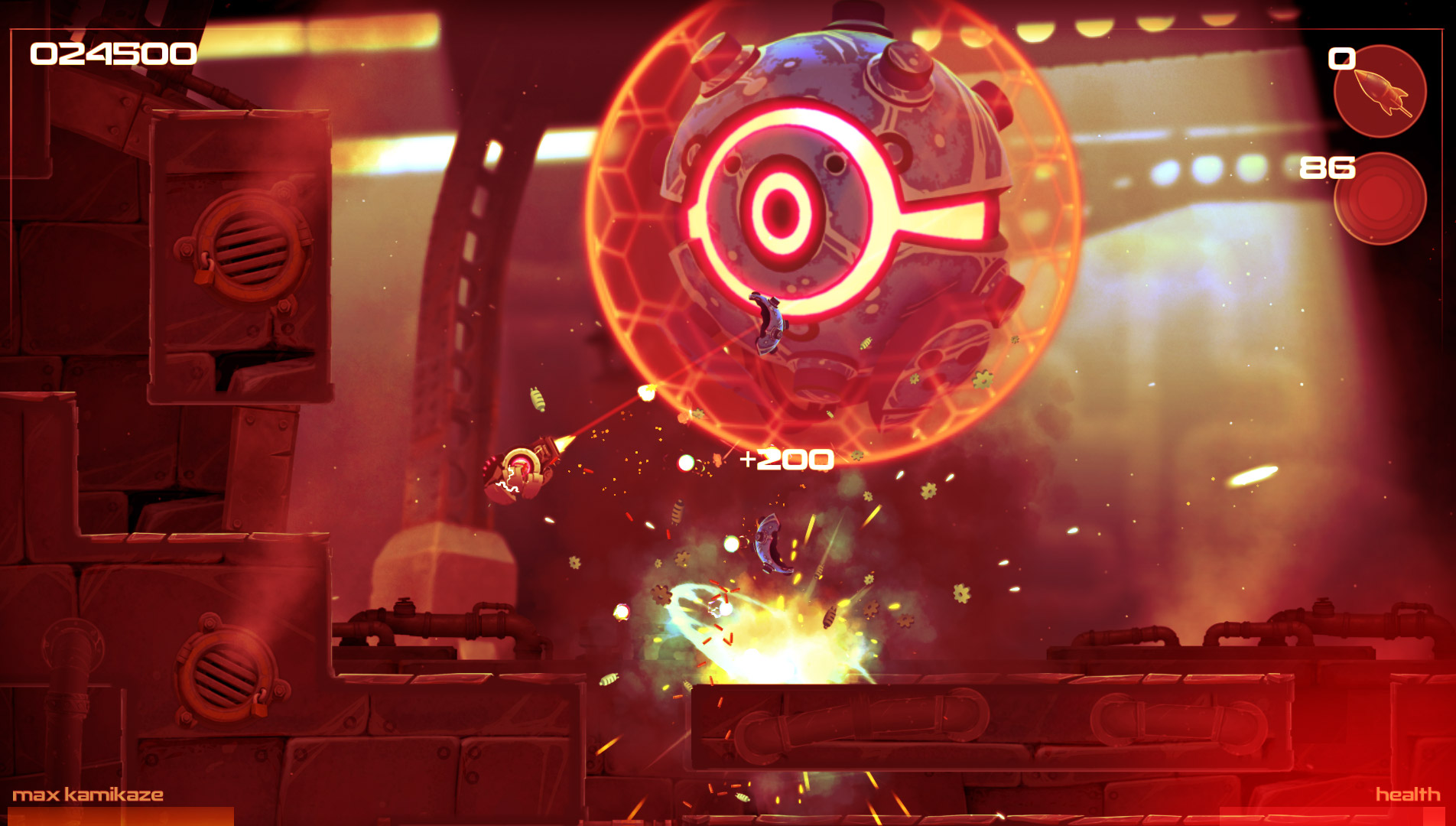 The game has a Time Trial mode which I did not find too much value in as by the end of the game I did feel I had already played it a bit too long.  If the game ended before I had gotten to the point where I was going through the motions I may have felt differently about time trial mode.

All in all, Rive should have been an excellent game, and it is.  Unfortunately, it suffers from being a touch too long and some may find the deaths frustrating, but I found even the sneaky deaths to bring part of its charm and not as frustrating as it would have been if checkpoints were more sparing.  With gorgeous art and an excellent soundtrack to drive home the mayhem it is a game that really clicked in many ways.