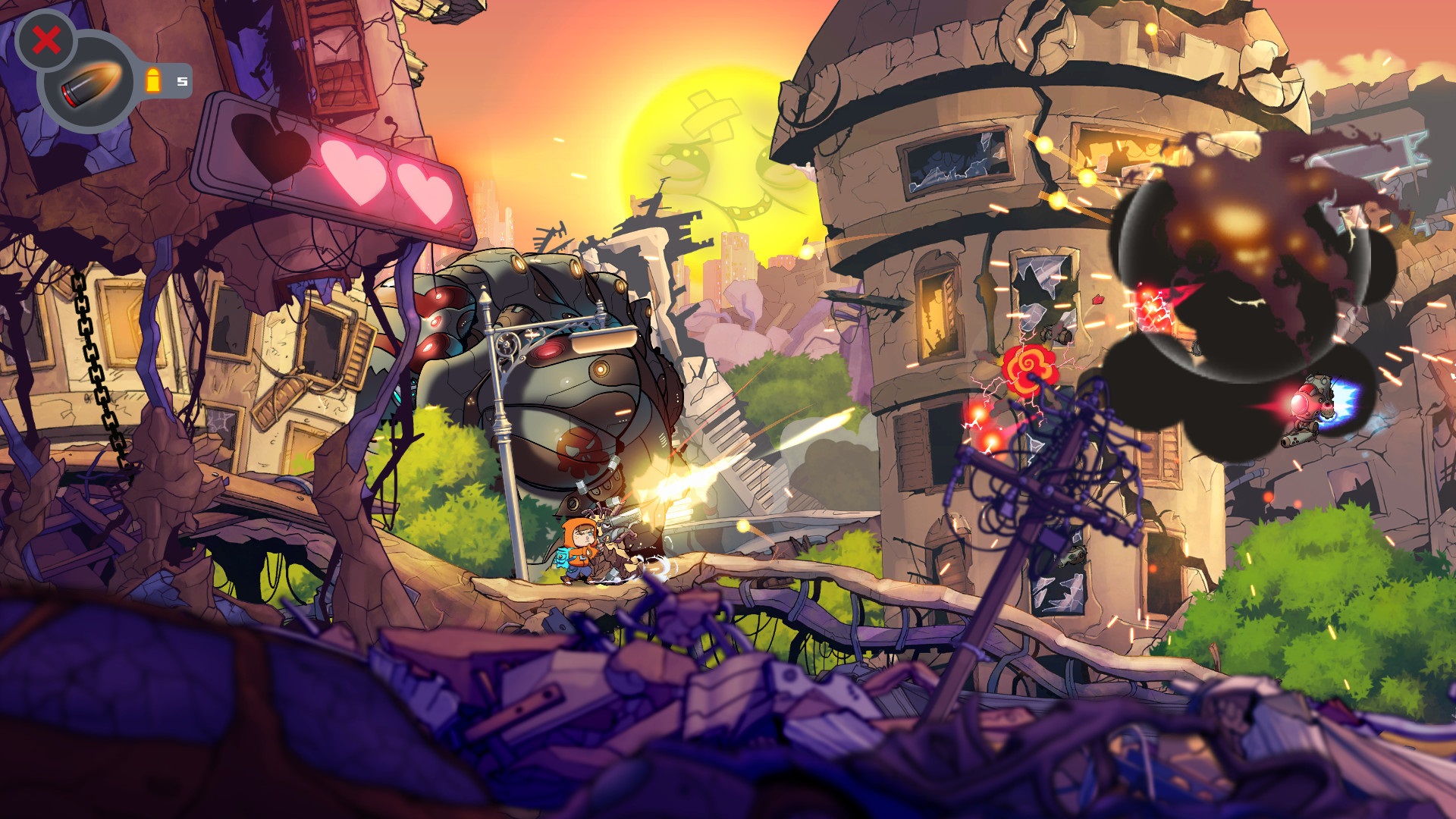 Super Awesome Hyper Dimensional Mega Team, who is known for mobile games including Pro Zombie Soccer as well as having the longest name that sounds like a bad transition, has pointed their efforts to their first console/PC game, Rise and Shine.  Despite good work on the mobile platforms, I am glad they have tried making the move.

Rise and Shine is a side-scrolling shooter that tells the story of the young man, Rise, who upon seeing the strongest hero of Gamearthdie, collects his sentient gun, Shine.  Get it? Rise and Shine, you get it.  Shine then proceeds to encourage Rise to begin their adventure.  The story itself is creative but thin.  There is not a lot of depth to the characters, their interactions or motivations.  Dialogue is mostly told in comic panel styled cut scenes, which are gorgeous and I actually found myself looking forward to the drawings more than the dialogue. 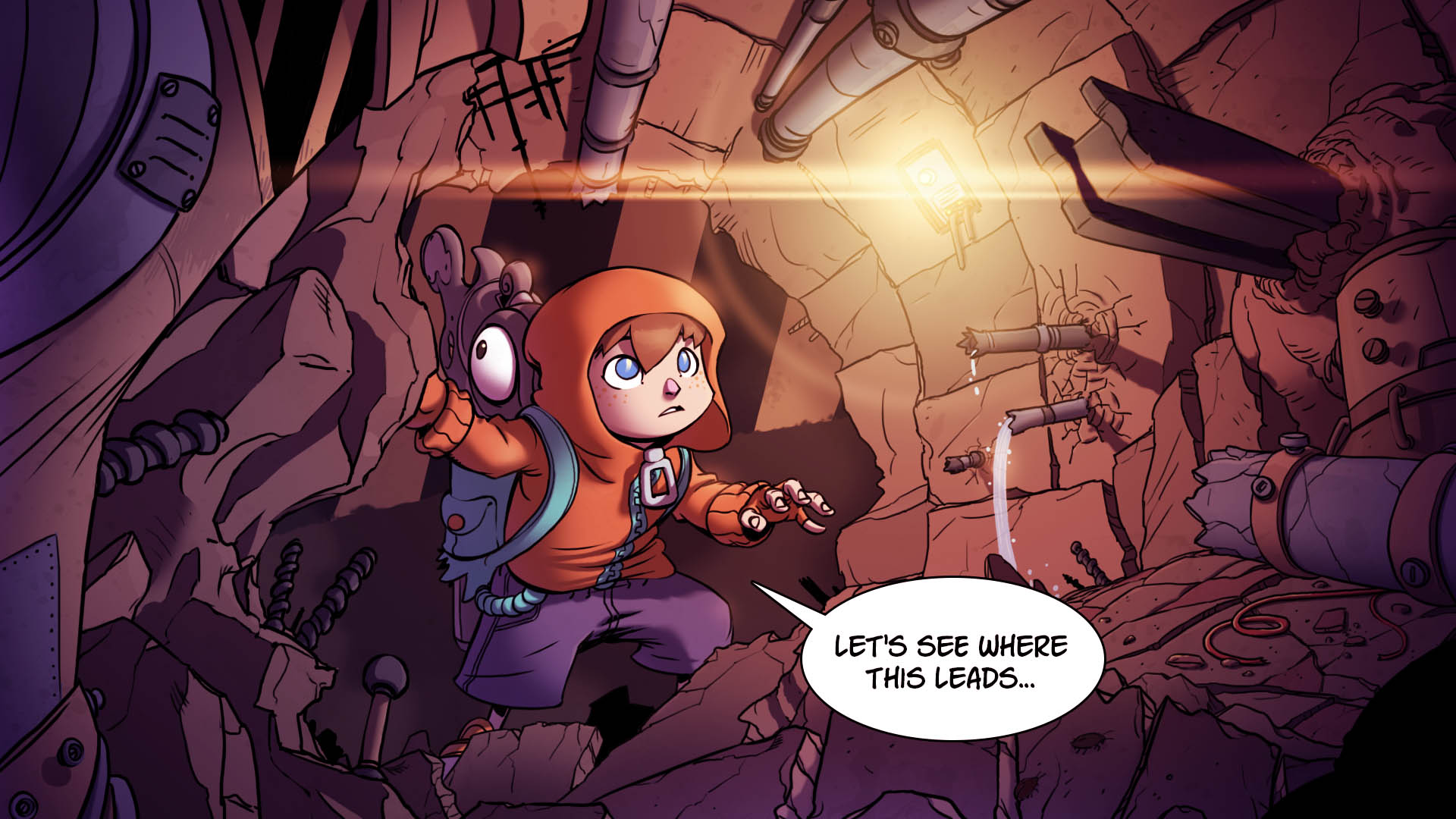 The humour dotted throughout the game is silly most of the time, but other times it is absolutely on point.   Things like the planet being Gamearth, a character being an alien from Space Invaders, the player being referred to regularly as the guide as well as references to Rise dying and respawning, all are either just funny enough or not quite there, but still contribute to the fun atmosphere of the game.  Other moments like thedeath of a hero early on made me laugh louder than I am willing to admit.

The gameplay itself is simple, move left, right, jump, double jump, aim with your mouse and shoot, with its only real gameplay quirk being the use of a radio controlled bullet.  At any time, you can switch to that bullet and after you fire you steer it with the mouse.  The bullet travels quite slowly until you click fire again at which point it propels like a normal bullet.  The bullet can only be controlled in arbitrary circles, which is where the games puzzles are usually built.   Remote control bullet puzzles are used in clever ways like guiding the bullet through areas to hit a switch, or hitting a hidden enemy/point on an enemy.   The gameplay is relatively simple but that feeds into the games vibe.  Simple gameplay, difficult Levels. 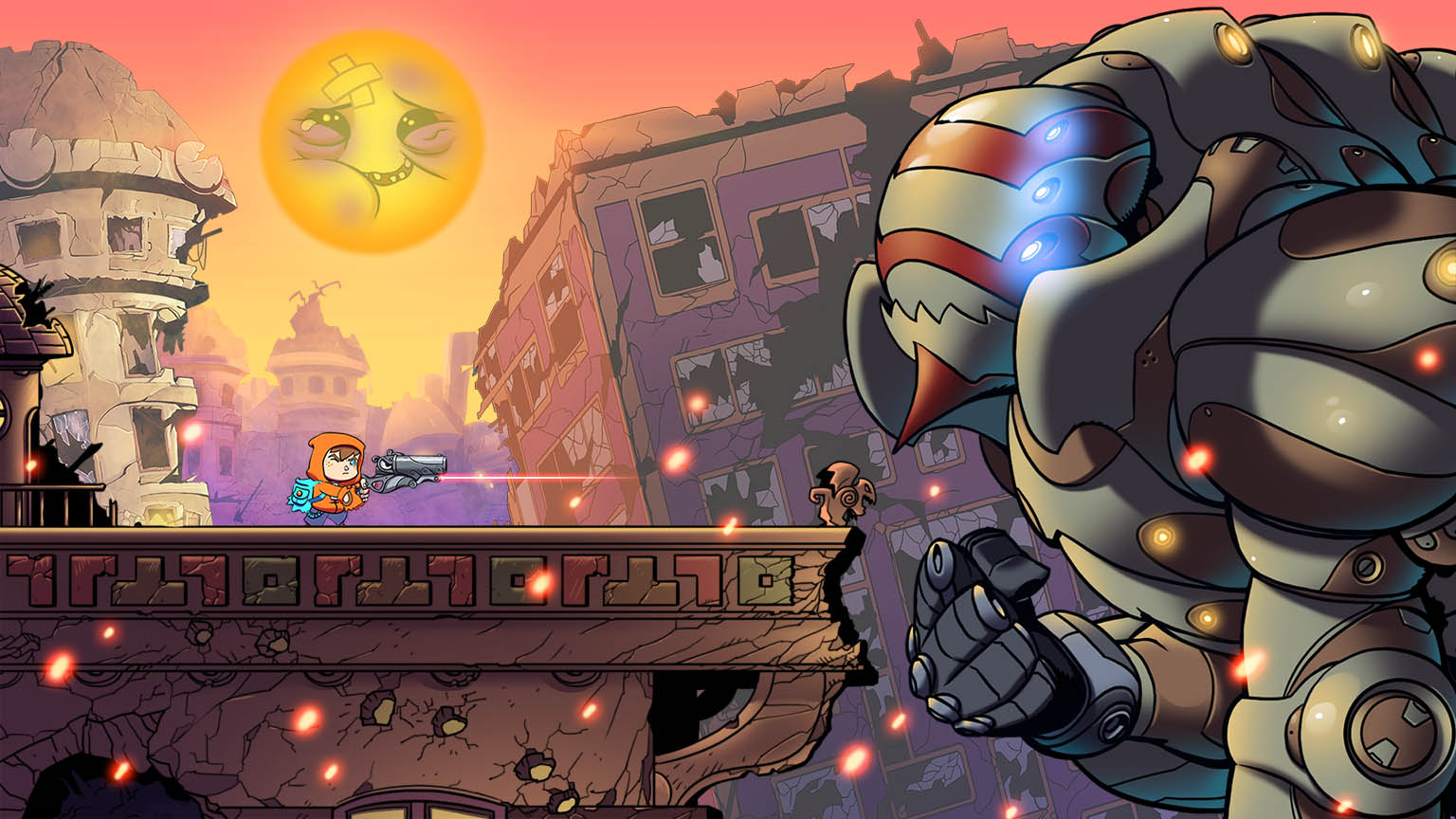 The aesthetics are what sticks with me most asit is absolutely gorgeous.  The beautiful cell shaded comic book design in both characters and the levels looks fantastic.  The gameplays simplicity is easily forgotten as the game blows you away with its looks.  The stage layouts do not change much, nor provide much variety, but that is easily lost as the style of each level is the bulk of the games variety.

Surprisingly, the game is difficult for all of the right reasons.  Mechanically the game is sound and whenever I died it was either because I did not figure out a puzzle yet, or because I did something daft.  I never felt like the game killed me for any cheap reasons, it was always a failure on my behalf to know how to do something, or to have just gotten my timing wrong.  This is really important as many games do have unfair deaths resulting in exclamations of frustration not knowing why you were dead.  Amongst this of course is the fact that the game was bug free, even trying it on a relatively low powered machine it always functioned perfectly, which in this day in age is not exactly a common occurrence. 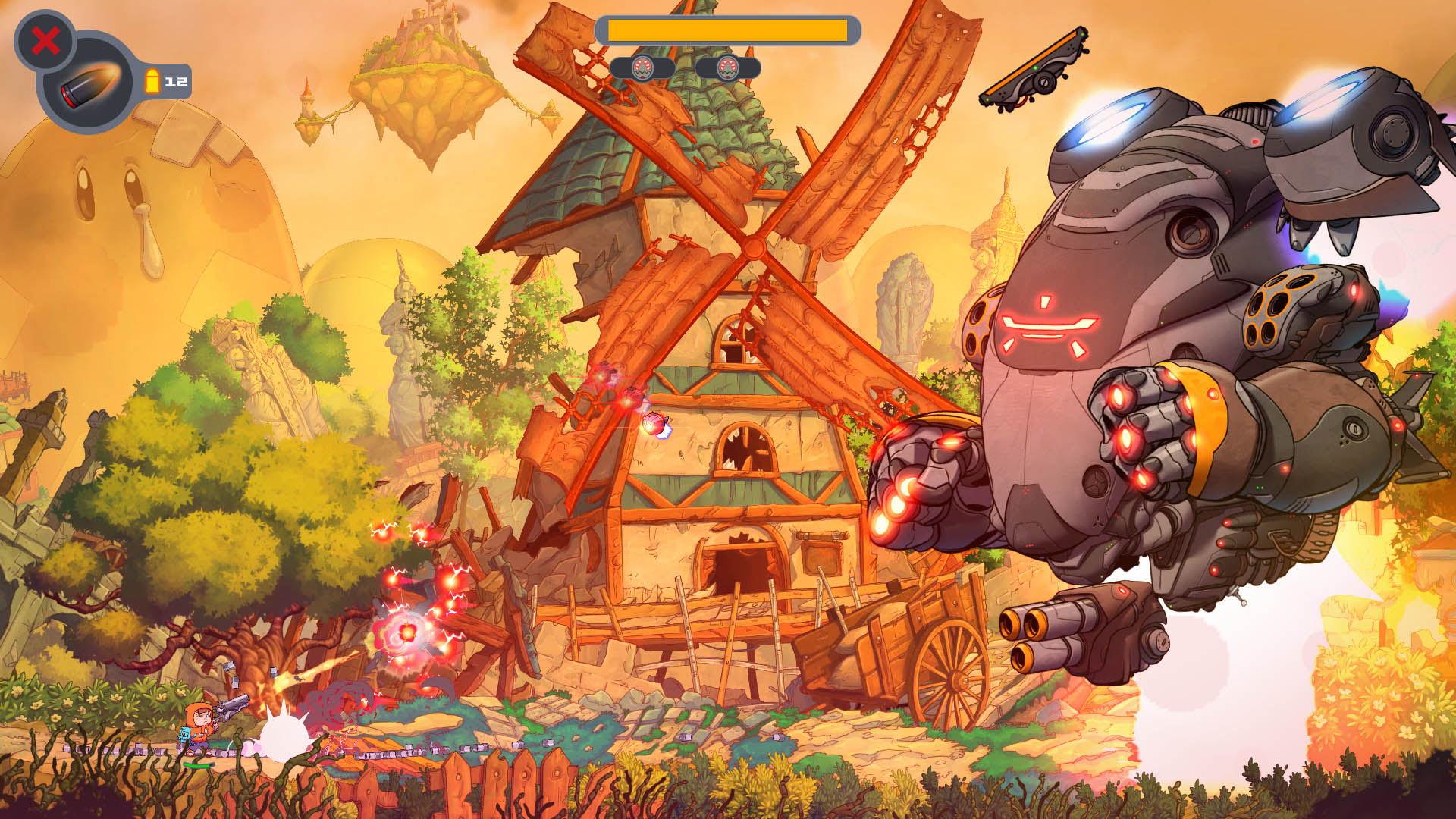 Rise and Shine is a great game that knows what it does.  It is short, not filed with fluff and extended by being technically difficult.  Functionally it works well, is fun to play and its OK story is easily forgotten by its beautiful aesthetics.  Not a bad game at all for a first PC/console game from Super Awesome Hyper Dimensional Mega Team.