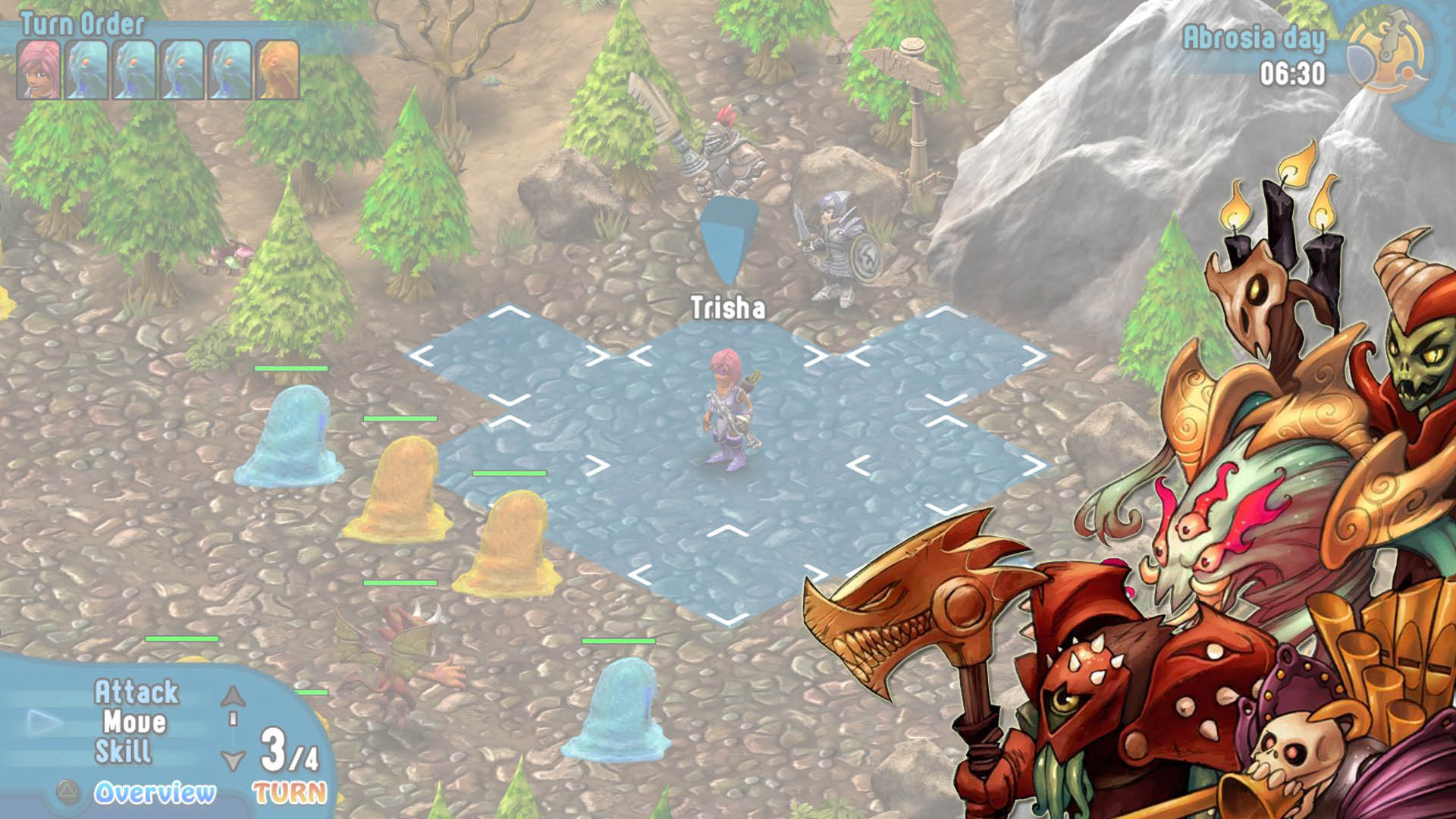 In 2014 when I first experienced Rainbow Moon on the PS Vita it scratched an itch that I did not know I had.  Having not played a Tactical RPG in a long while, I found its gameplay to be immensely satisfying and fun and the grinding fit perfectly in to kill time on lunch breaks and on bus trips.  For some reason having not played a game that grindy in a while it was just what I needed. Now two years on (three years from its original release date on PS3) Rainbow Moon has been brought to the PS4 and a new audience.

The PlayStation 4 re-release is not a remaster or a remake. It is the same great game ported to a new platform.  Fortunately because it has always been a PlayStation title there are no issues present with the port or controls and thanks to its beautiful simple yet detailed art; the game has not aged.  It feels exactly like the brilliant game that was released before and the cross save feature now works across all three platforms.  On the flip side because it is just a port there also is not any new content added for people who have played the game previously. 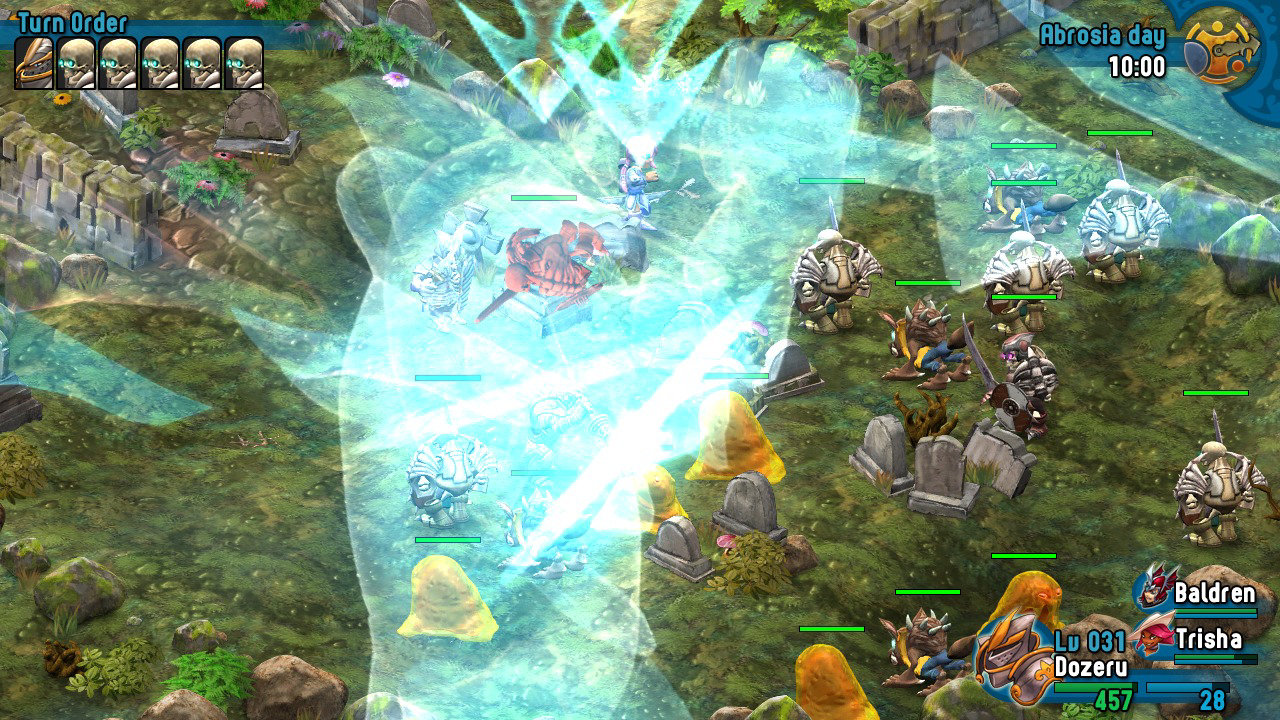 Rainbow Moon takes us on the adventure of Baldren who while looking to have his annual duel with Namoris, is pushed into a portal which takes him to a different planet called Rainbow Moon.  Unsure of where he is and how to get home, he begins exploring to discover that a large number of monsters came with him.  As such he must try to convince the locals that he is not there to hurt them and find a way home.

The story (writing included) is very stock standard and a tad bland to be honest, but it is good enough to keep an interest in why you are playing the game, so it does its job.  The art style on the other hand is fantastic.  The scale is similar to that of pixel art, but the beautifully detailed characters and backgrounds are stunning, no matter which console you play it on. 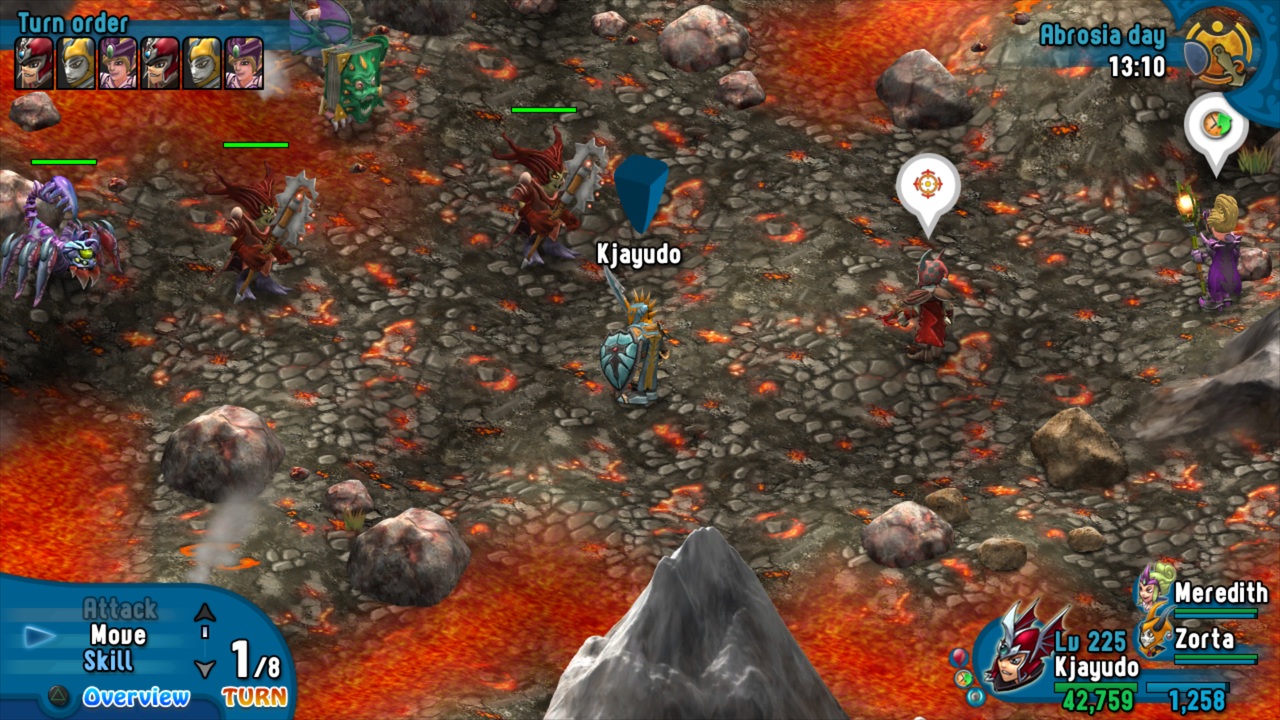 The battles in Rainbow Moon are an isometric, grid, turn based tactical RPG.  This means that the characters are placed in cells on the battle grid, you have a turn to move and / or attack with each character and enemies do the same until someone wins.  So a tactical RPG in the classic sense of the word.  It starts with a bit of a steep learning curve but there is plenty of depth to be found in battles if you want to find it.  In the open world it has the same isometric view but does not limit you to cell based movement.  For some reason I found that made a positive difference, separating the two gameplay phases like this.

The part of the game that really caught me by surprise was the dungeon crawling elements.  While not dungeon crawling in the traditional sense (not in first person) the game brings some challenging dungeons presented in the same way as the open world.  They can be long and require a lot of going around in circles to find the right combination of switches and enemies defeated.  So dungeon crawling in nearly every other way.  While frustrating at times they add some more variety to the game and they are implemented so well in that it just fits with the game’s flow. 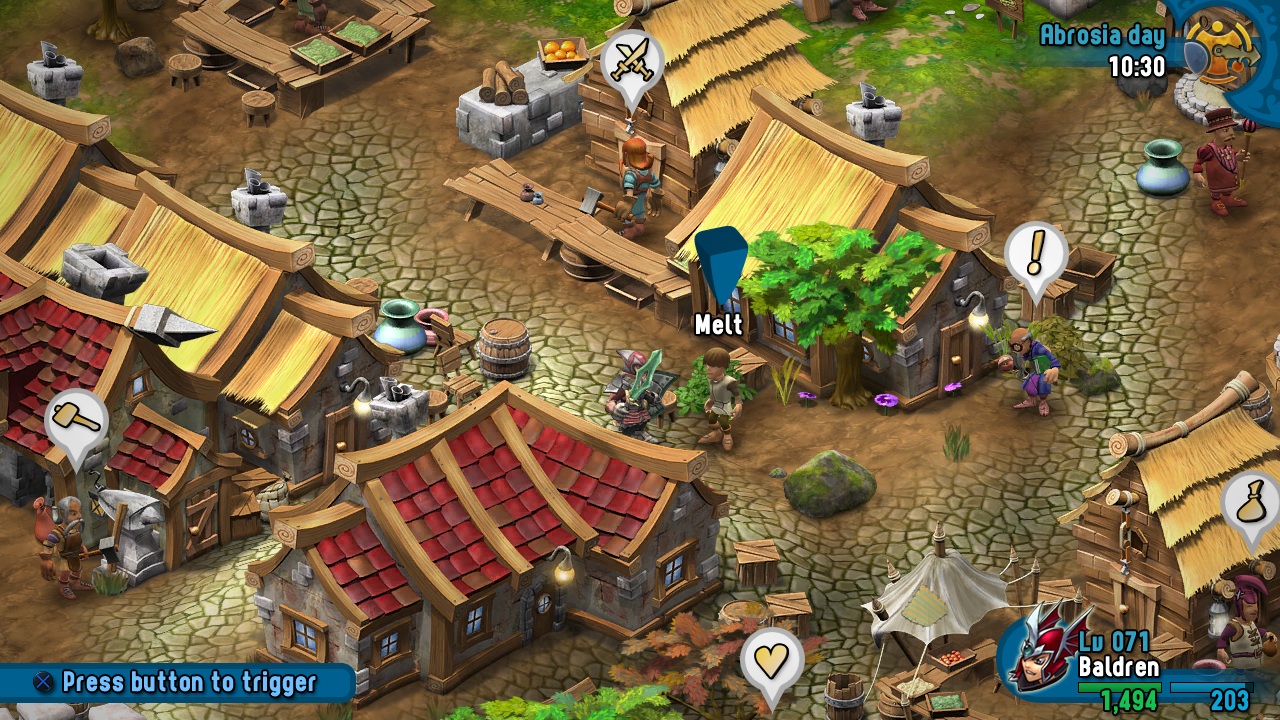 So while there is no new content in this brilliant game for old players, Rainbow Moon is now available to new PlayStation gamers with its release on the PS4.  Plus hard mode is still available for the brave who did not try it last time (I was not brave for very long).