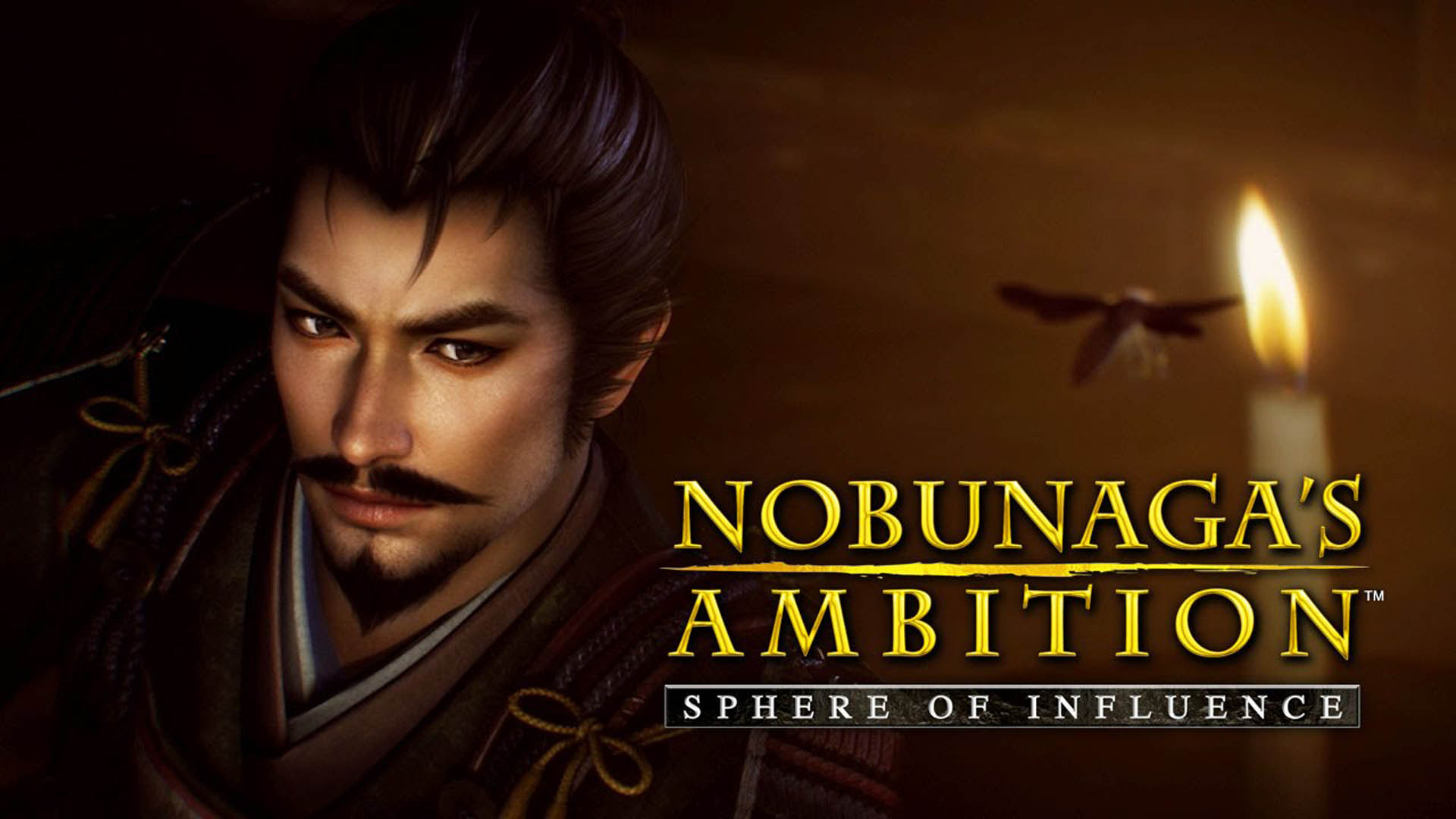 If you’ve ever considered what it would really be like to rule Japan, then I have the game for you. Nobunaga’s Ambition: Sphere of Influence is the latest in the decades old series to come to a Western release. Sphere of Influence is part of a long series of games hearkening back to the original Nintendo Entertainment System, known for their deep strategy historical accurateness.

This is a real strategy game that doesn’t ensure your victory and doesn’t mind if you fail.

Giving you the tools to conquer and dominate feudal Japan or to fail spectacularly. Sphere of Influence is historically accurate but that doesn’t mean that it sits tight in a straightjacket. It also provides the opportunity for you to forge your own path. Much of the game is about empowering the player to do as they will, even if that means diverting from success into the shadow of the AI opponents. 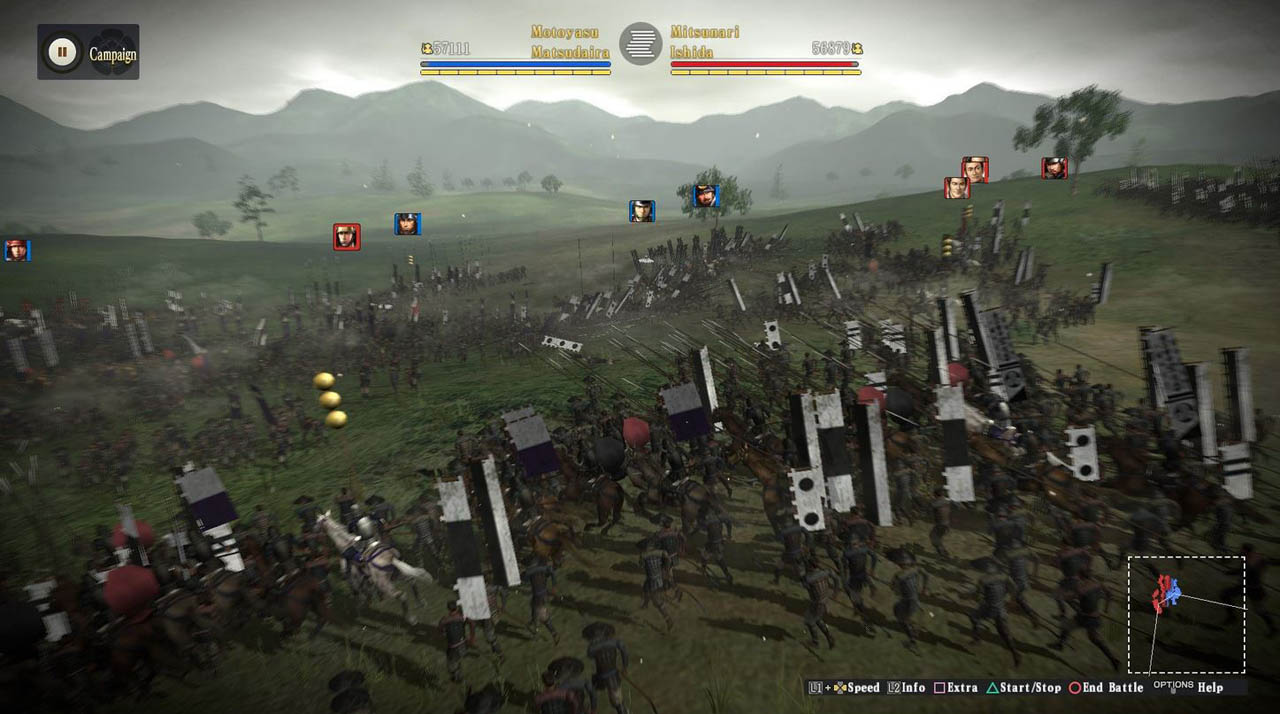 The game is set in the Sengoku period and is full of extremely detailed historical references including biographies of many of the key people in this period, which are available to peruse if you’re tired of all the numbers in the game. Which brings me to the core gameplay.

Gameplay management does not shy away from embracing complexity and depth. The majority of the game is spent going through menus upon menus of a wide variety of possible actions, carefully weighing stats up against one another, seeing what happens and responding appropriately. I think it takes a special kind of person to persist with this style of game, and I found myself quickly overwhelmed with everything that needed doing on my bases. 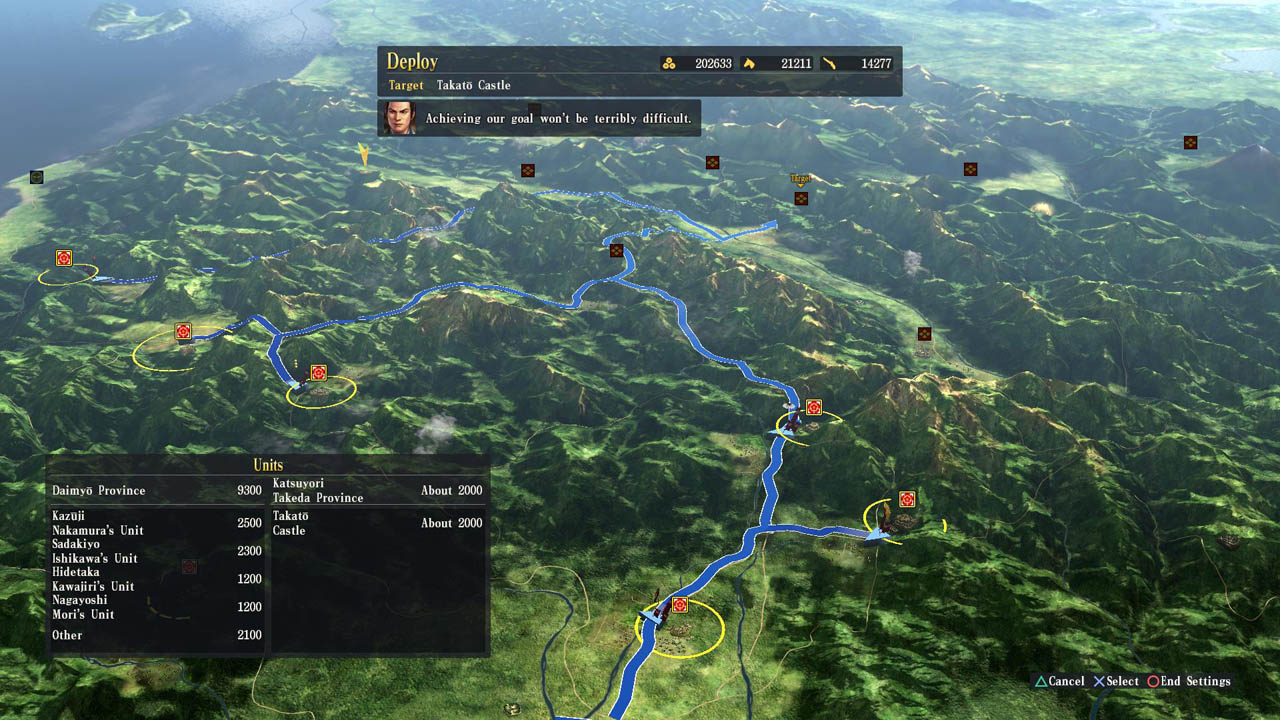 War is only a small part of the overall game. In fact, the game actively pushes you away from war to embrace peaceful solutions through diplomacy and stronger economic relations.

Much more important is base development and developing strong infrastructure to enable trade links within and without your area of influence. Successfully developing individual officers and generals is extremely important in doing so for these individuals have a real impact in the micro and macro unit interactions.

The game plays both the short and the long game, which is more realistic but also exhausting to manage. I feel that if you play this game, it should be your only game for a long while. 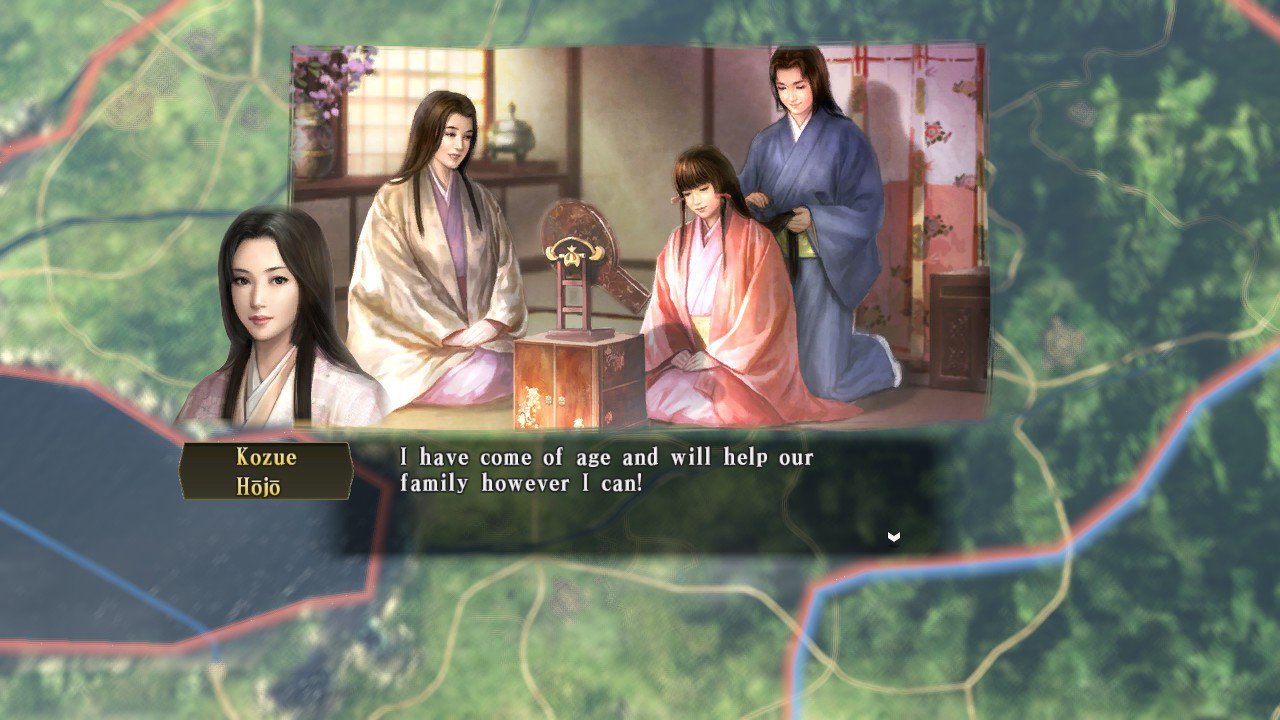 The game begins with a lengthy tutorial to familiarise yourself with the vast array of things you need to manipulate and keep in mind while you play. Although the word “tutorial” is a bit of a misnomer – this isn’t a five minute overview of the game, instead taking you about an hour to work through the basics, told through a perhaps forgettable story.

By the end your head will be spinning with everything it needs to comprehend and master, but pushing through this is necessary to get at the core of what makes this game worth picking up. 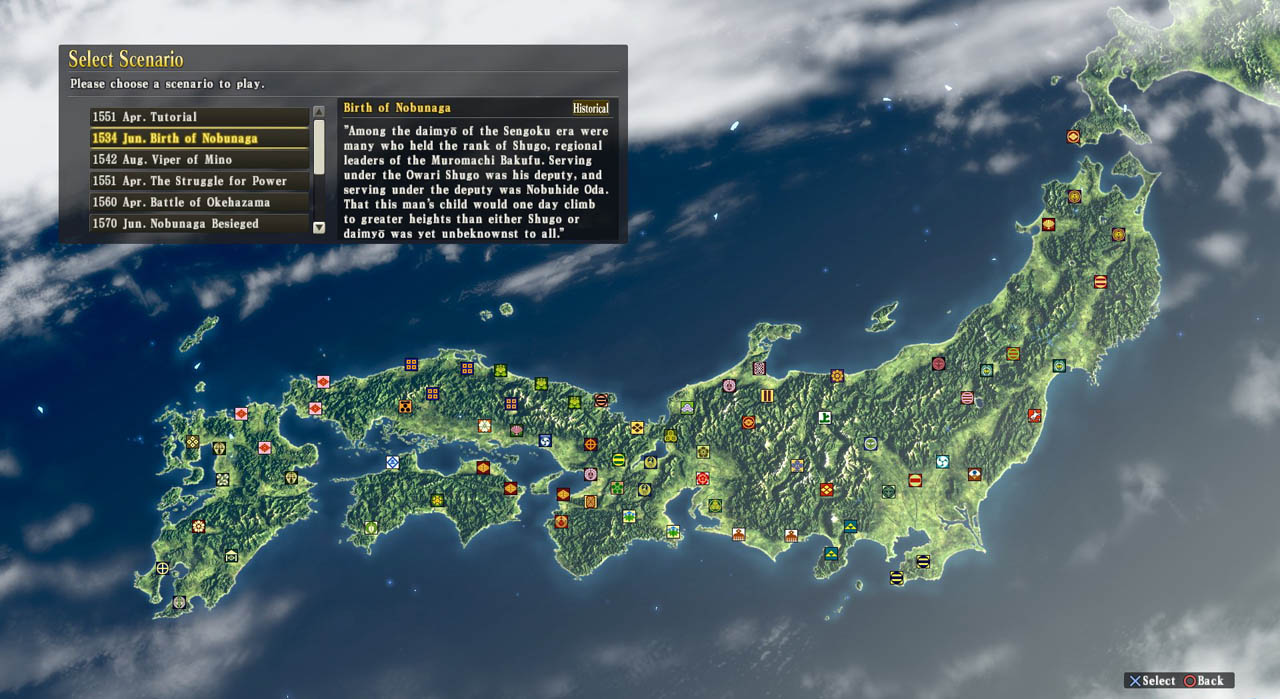 I appreciated how you could use the original Japanese voice acting with English dubs. This fits in with the games’ holistic approach to developing a rich and accurate representation of a Japanese setting.

On the PC side it’s one of the first in the series to be ported to the platform in almost a decade, so fans of the series should rejoice. And honestly I prefer to play this sort of game on a PC screen with a keyboard and mouse.

The PS4 controls were pretty good, but with so many menus and hierarchies to navigate through a keyboard and mouse are always going to be quicker and easier. 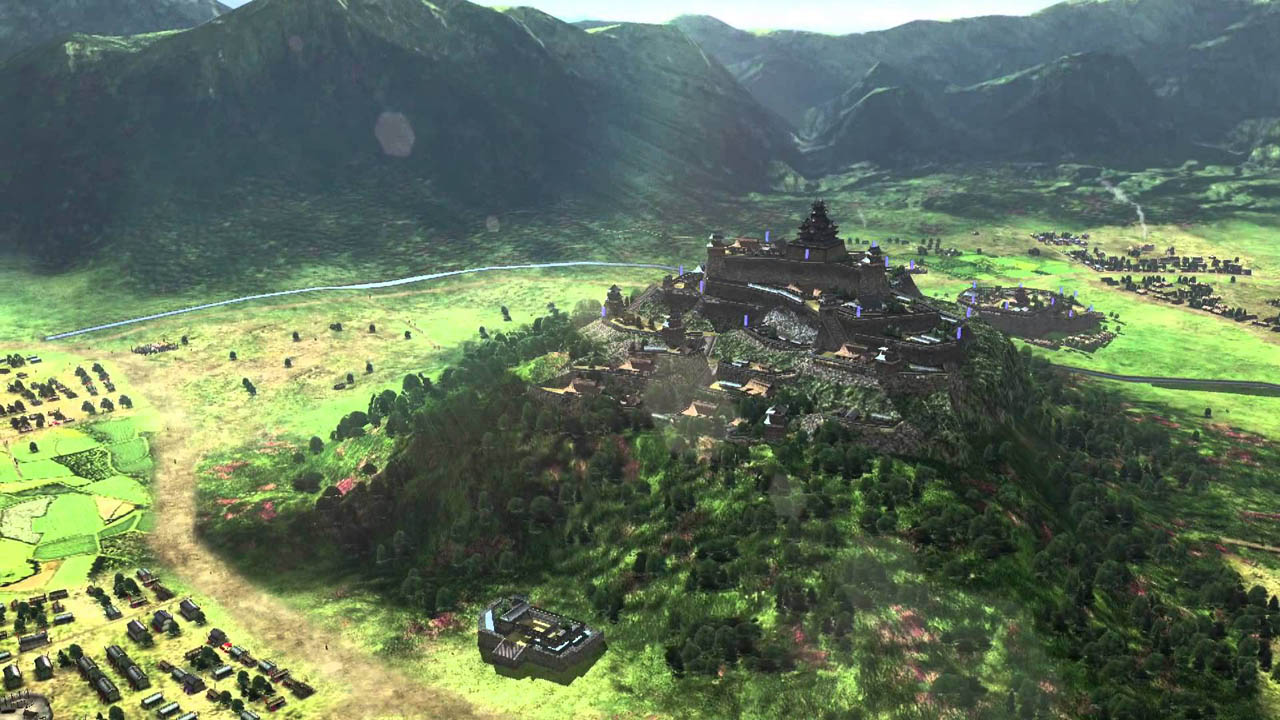 For Sphere of Influence’s Western release DLC is already available. Day 1 DLC may be off-putting but it’s worth keeping in mind this is a translation of the Japanese game that has already been released so it’s not unexpected that DLC would already be created and ready to purchase.

In all honesty these games don’t capture me in the same way an engrossing narrative does – but for those who want to deep dive not only into a strategy game, but into an accurate representation of feudal Japan this is the game to play.

Strategists and tacticians will both be pleased with this game, though you will need to love both.