In the lead up to Xmas 2012, Nintendo released the Wii U on the 18th of November.

Their successor to the motion controlled mega console; Wii and their first offering in HD capable graphics.

With a controller the size of a serving tray which boasted a screen in the center – this was not just your run of the mill component filled game box that you plugged a controller in to. The Wii U was something just a bit different.

And perhaps too different. While it gained a solid fanbase, it didn’t quite seed itself in to as many homes as the Xbox 360 and PlayStation 3. 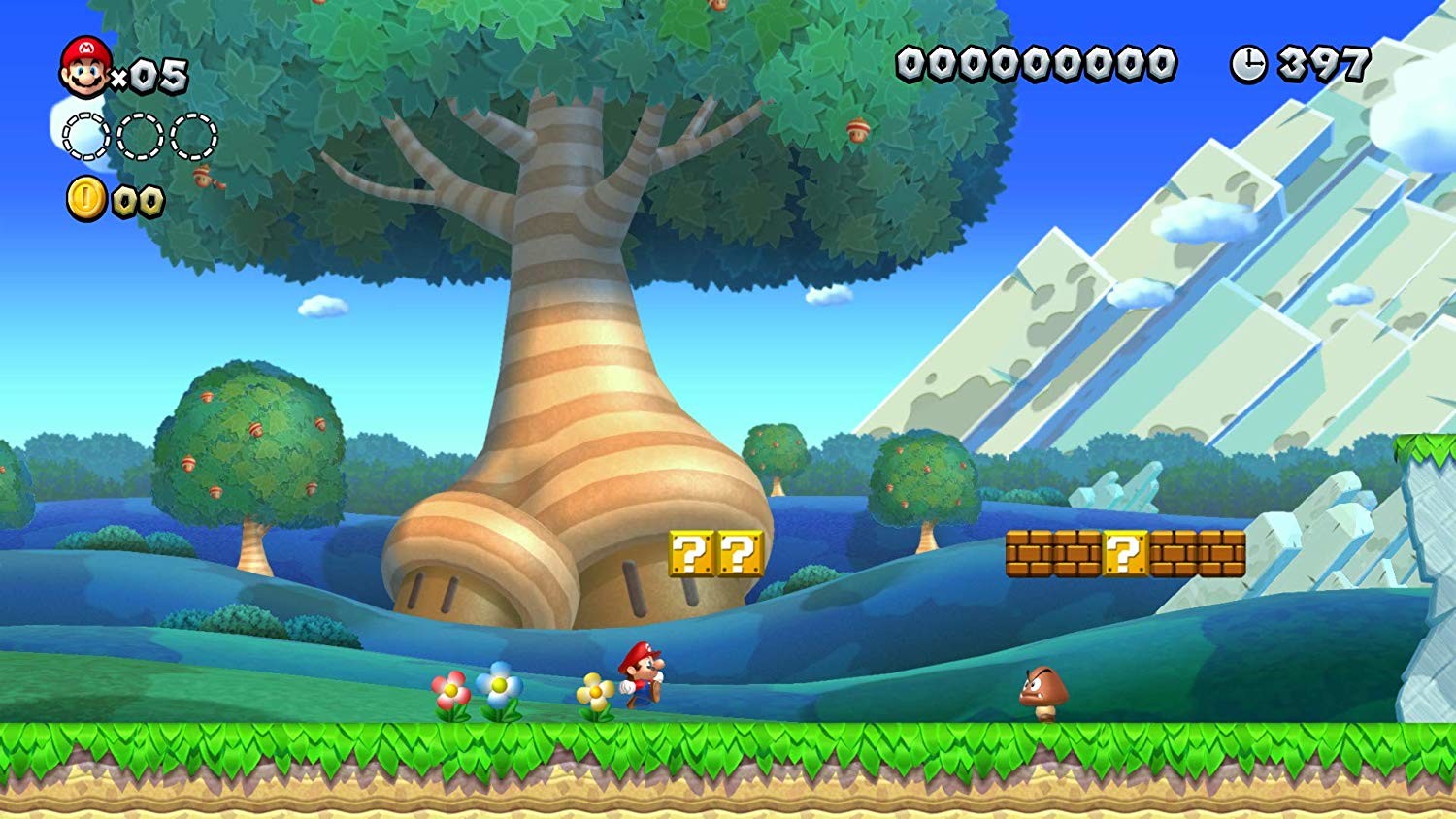 Nonetheless the console was a marvel for its time (in my opinion, it still is) a controller you could remotely play compatible games on or acted as a view-finder in specific games like Zombie-U.

In many aspects, the Wii U was the testing ground for the iconic and undeniable success that is the Nintendo Switch.

Wii U did not have a lot of titles release here on the Western side of the globe. Even less down under – so when you found a first party title that wasn’t entirely gimmicky it was a keeper and a must have. One of those was New Super Mario U which saw an original release date at the same time as the Wii U console. 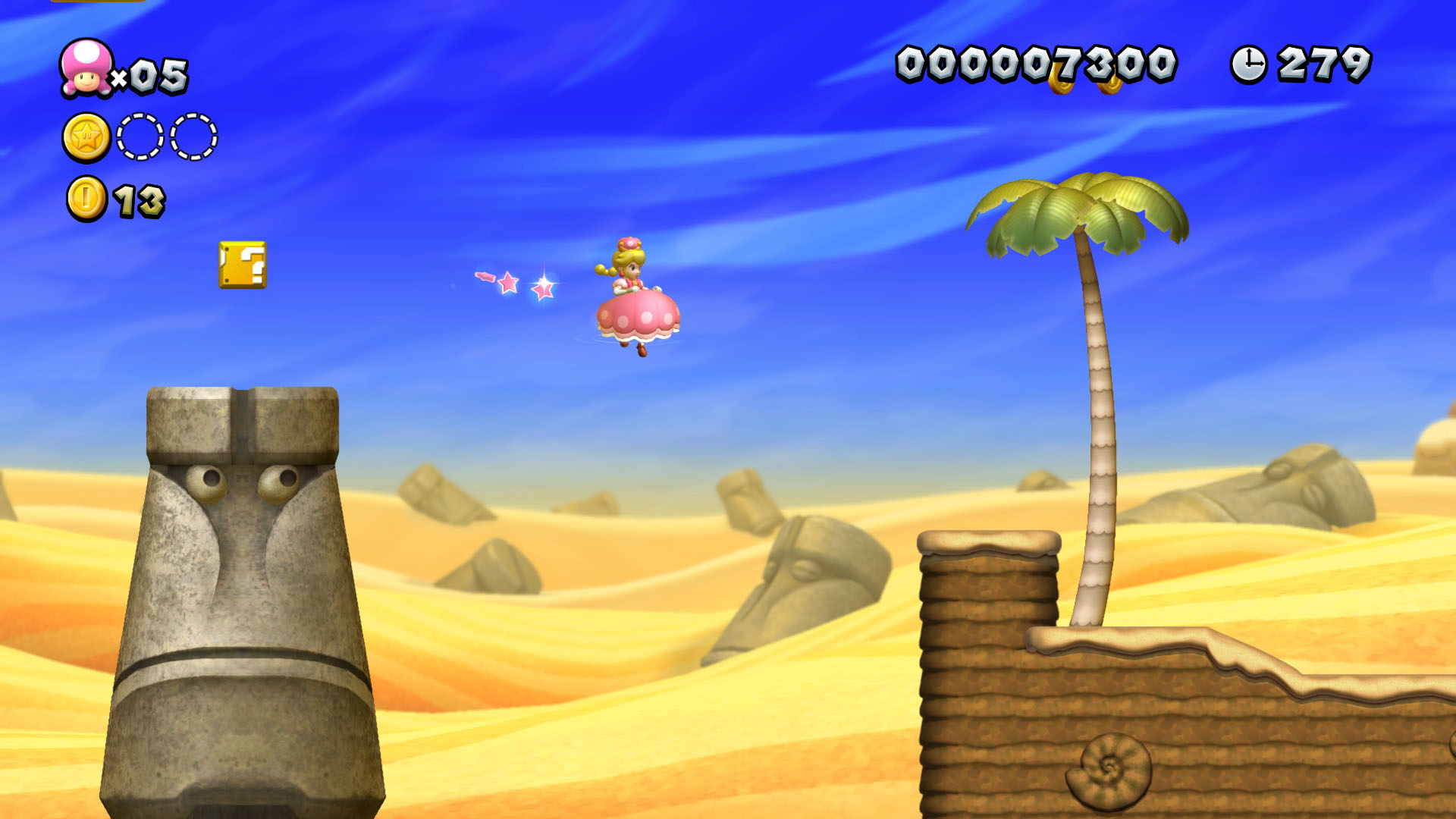 Now, slap a Deluxe on the end of that games’ title and we see it ported over to Switch.

If you never picked it up when the Wii U, New Super Mario U is a 2D or more accurately 2.5D side scroll platformer with an astounding amount of Levels accessed via a pathed map.

A simple story where Bowser attacks the Princess’ Castle and hurls Mario, Luigi and friends to the farthest part of the Kingdom.

Playing as Mario or Luigi you gotta save the Princess one more time. 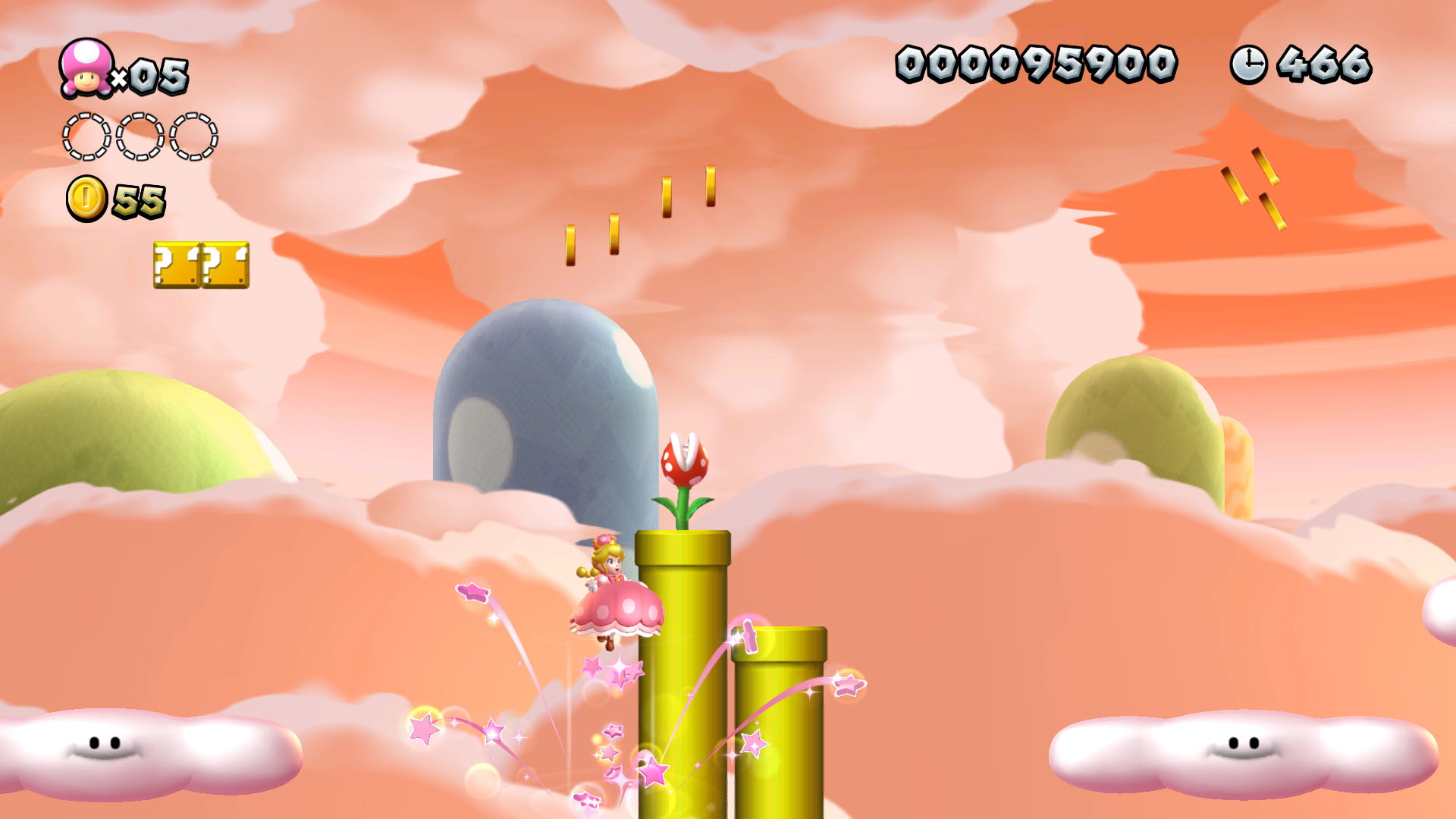 The Switch port has seen the same game recreated for the newer console. An almost never ending stream of timed Levels, 164 in all, will see you jumping, pounding, gliding and coin collecting as fast as you can get through a World.

I have to admit I don’t always do so well on timed games. Especially when there’s hidden areas to discover. I am an explorer. One of those gamers that’s frustrating to watch playing any action / adventure or platform title as I’ll roam about trying to find secrets. 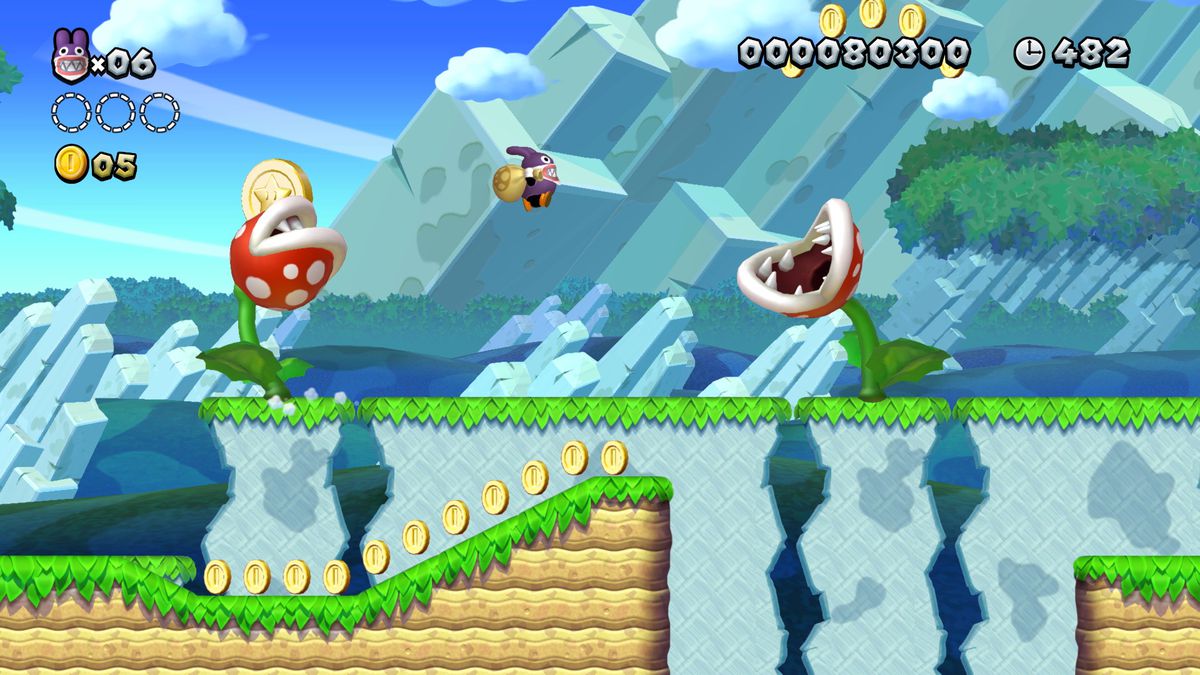 So yes, there was occasions where I ran out of time and had to repeat the Level. Having played this back when it first released I remembered where some of the secret coin stashes were. Well, I thought I did.

If you are a completest, New Super Mario U Deluxe will be a nightmare. Unless you have memorised all details of the game you’re not likely to get every coin, every power up, kill all baddies in each Level before the clock runs out.

Being on Switch, naturally means that you can take it with you. Levels for the most part are a quick play, and if you blitz through them you could conquer most within 10 to 15 minutes.

Visually beautiful. In docked mode the game looks amazing even on a 4K screen.

Toadette is offered up as a playable character on the Switch port aswell as Nabbit who was only a playable on New Super Luigi U. 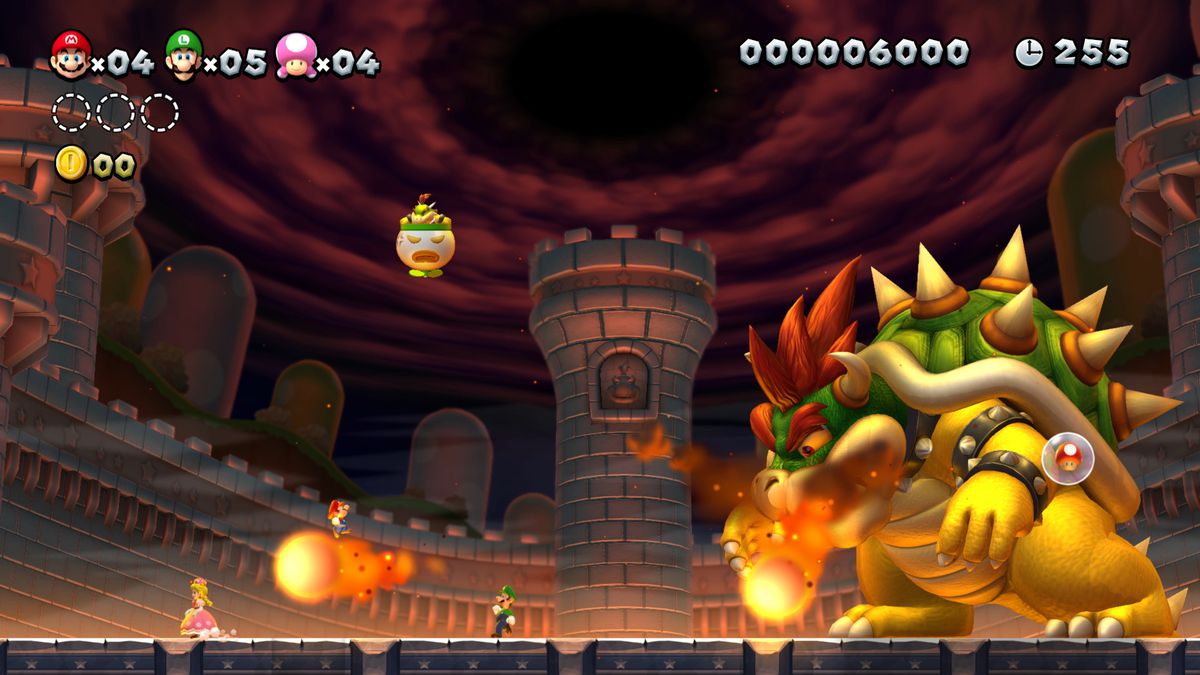 Using the two Joy-Cons supplied with the Switch allows you to multi-player. Up to four players can tackle the various Worlds in New Super Mario U Deluxe with four Joy-Cons.

Three additional game modes have also been added to the Switch version; Boost Rush, Challenges, and Coin Battle – this of course bolsters the replayable factor tenfold.

New Super Mario U Deluxe feels as though it was made for the Switch. For me it was a fantastic adventure back seven years ago when an excited me first picked up the Wii U and spent countless hours, days, weeks with this game.

Now I get to do it all over again and then some.

If you have not played this Mario title before and have a Switch, all I can say is get it, play it. Now.