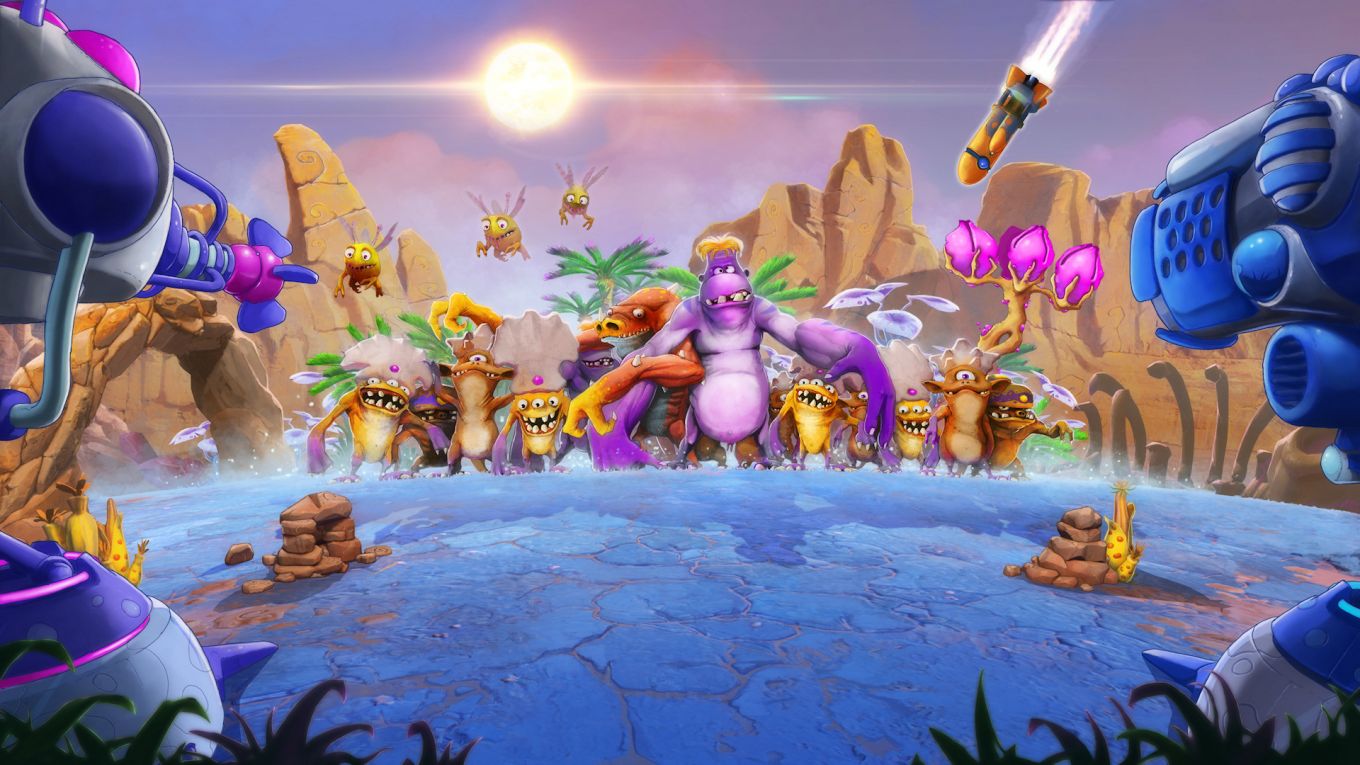 Most of us would have played a Real Time Strategy game in our days, from the classic Command and Conquer series, to Starcraft, to so many more, so it’s interesting to see something slightly different in that space. HYPERNOVA Escape from Hadea goes for looking like something different by doubling down with a cute and bright art style that can’t help but garner attention.

With their star going to explode, that Scynthian people decide they need to venture from Hadea and travel somewhere else in the galaxy. To do this however they need to build a device to travel. This needs resources no longer available on Hadea so they travel to the nearby moon Haya to get the resources they need to escape their fate. 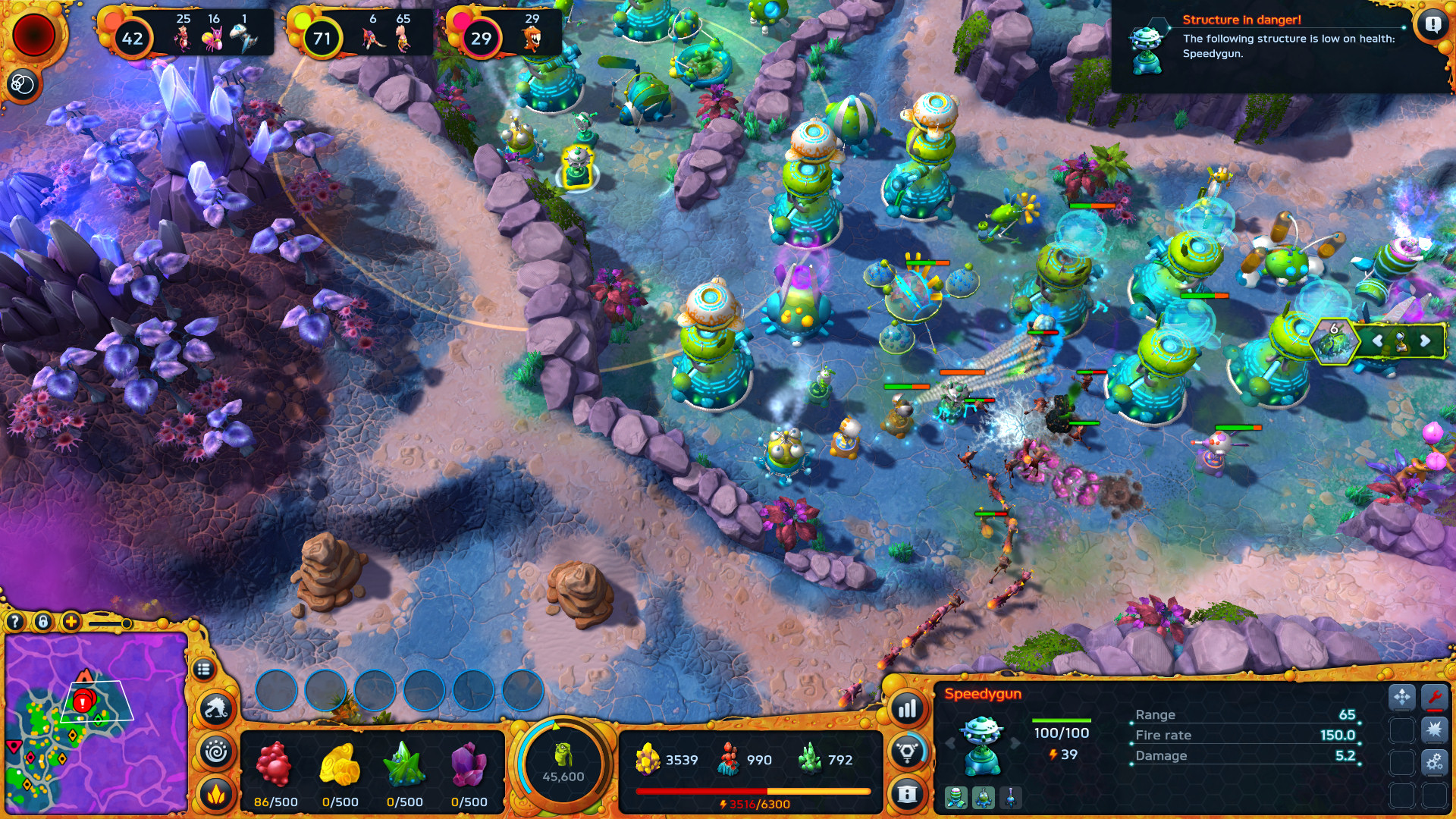 The first interesting quirk is the use of fog of war. This is normally the covered area in games where you haven’t explored yet, but HYPERNOVA Escape from Hadea takes a different angle. It employs an actual purple fog which is poisonous to your people and buildings. To clear it you must build purifiers which will disperse the fog in a circle around it. It’s little ideas like this that take the usual elements of an RTS and gives it a quirky unique element that makes the game special. 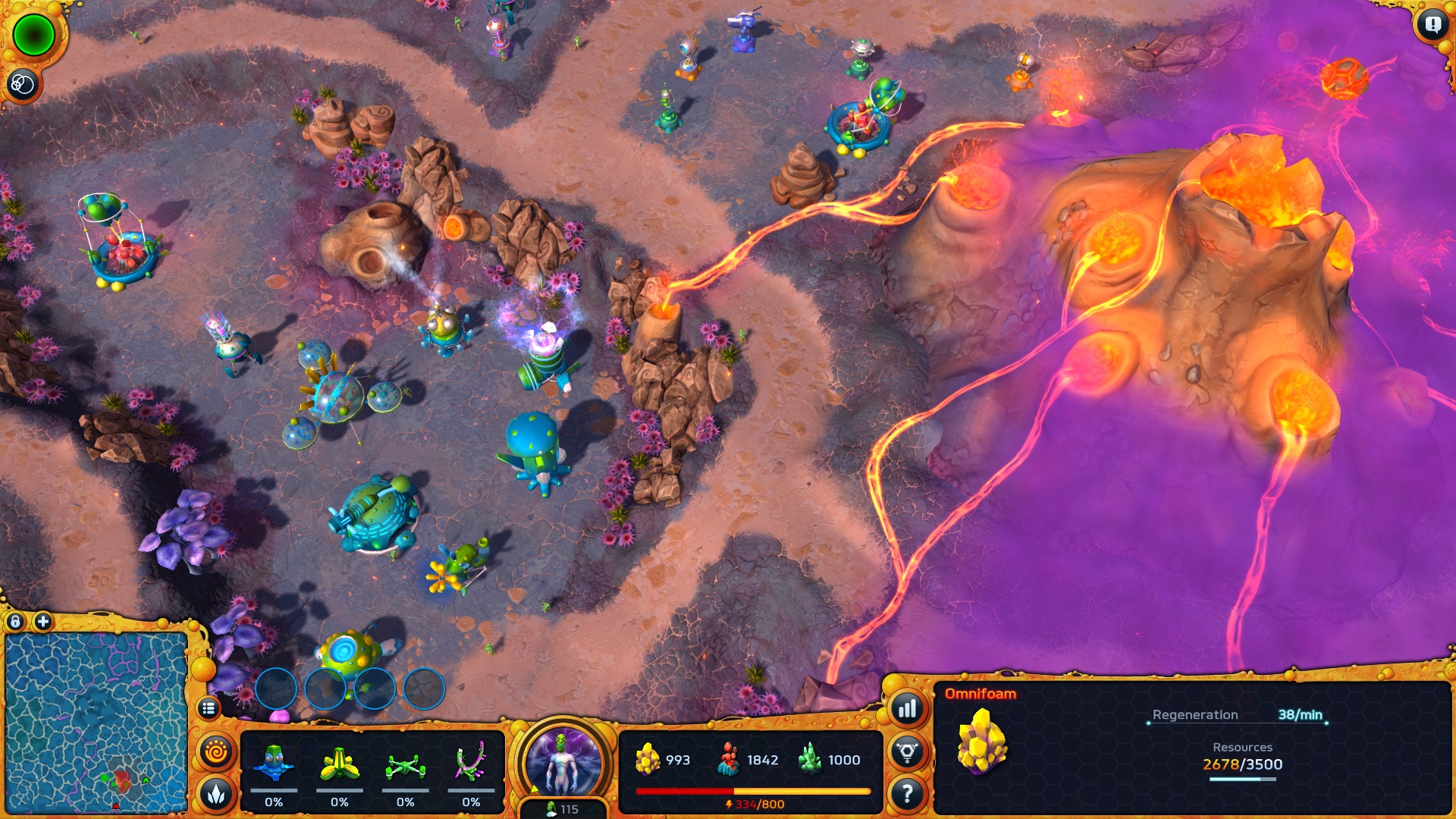 The purple death fog is part of an overall aesthetic that is charming. The game is colourful with a wide array of plant and animal life, all looking ridiculously colourful. Purple lakes, and bright greens everywhere makes the game’s art style stand out on screen offering something unique in this space, certainly making it memorable. The charming style is paired with some silly, albeit quite funny humour. A lot of jokes land, and fit the style of the game, others are a bit weird, but the experience lays a serious game under a silly cover. From the housing being called cribs -the cringeworthy end of the spectrum- to hospitals being a health shack, the game never tries to take itself too seriously.

Dotted around the colourful environment are lairs which house aliens who aren’t your biggest fans. They will attack in waves at random times which is where the game employs a tower defence element. Whenever a lair attacks it will send multiple waves so you will need enough weapons between them and your buildings to ensure they can’t destroy your valuable settlement. The tower defence style waves fit in perfectly with the gameplay, but if you don’t keep your defences up they can become frustrating as your base expands and gets closer to more lairs. Later in the game you can destroy them but you will need to survive a lot of waves first. 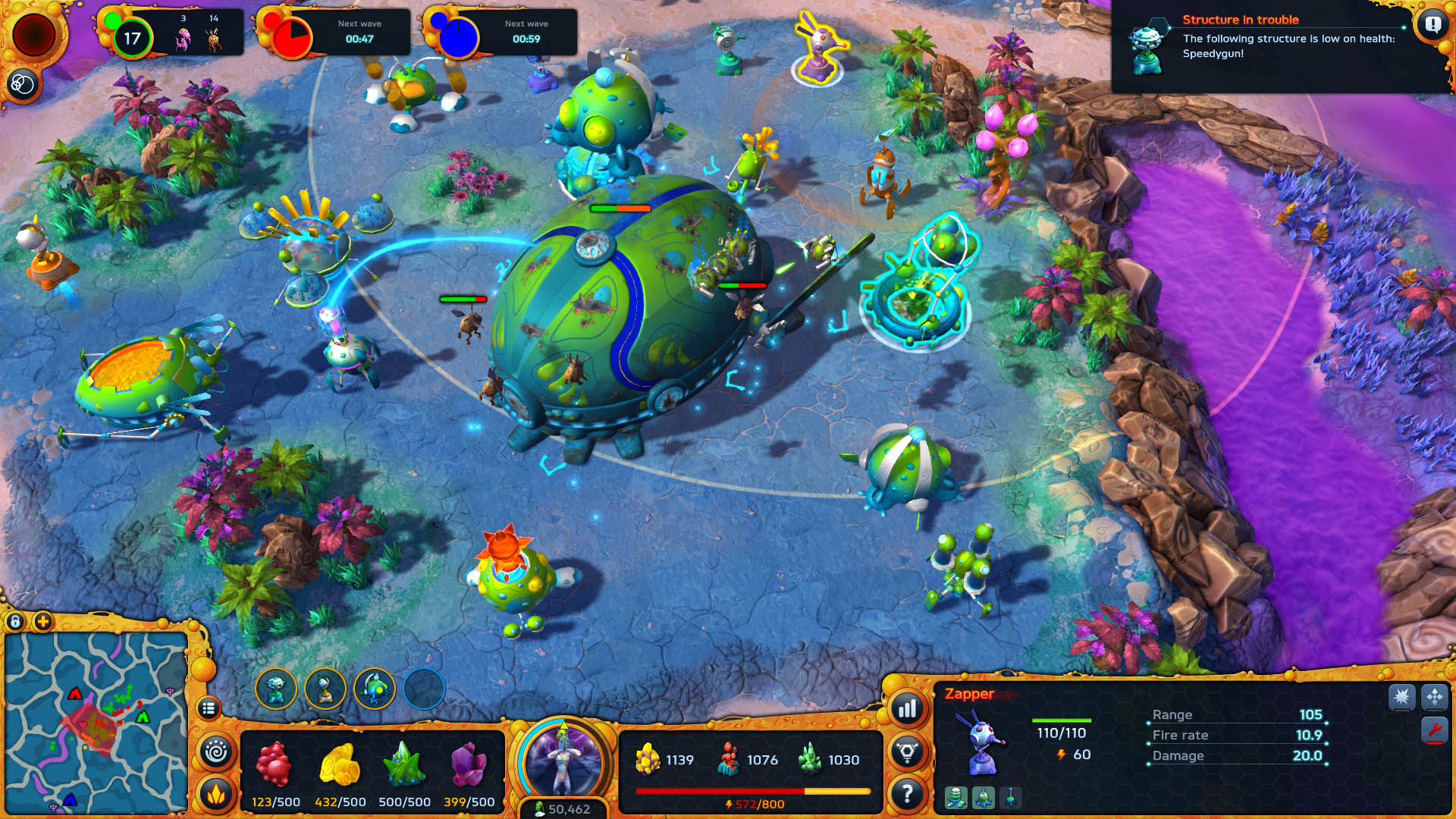 One annoyance I had with the game was there is a lot of seemingly flat terrain you can’t build on. These areas look like long paths, and that may be its ultimate purpose, but because these terrains look flat it can be annoying trying to fit buildings in the gaps. It’s not a major issue, but it did bug me quite a lot.

HYPERNOVA Escape from Hadea is certainly a fun take on the classic RTS genre. Instead of going out and attacking, you are more concerned with defending as you expand your settlement, which is different to most in the genre. Its silly style and colourful art makes it worthwhile experience, even if at its core, it doesn’t do anything too different.