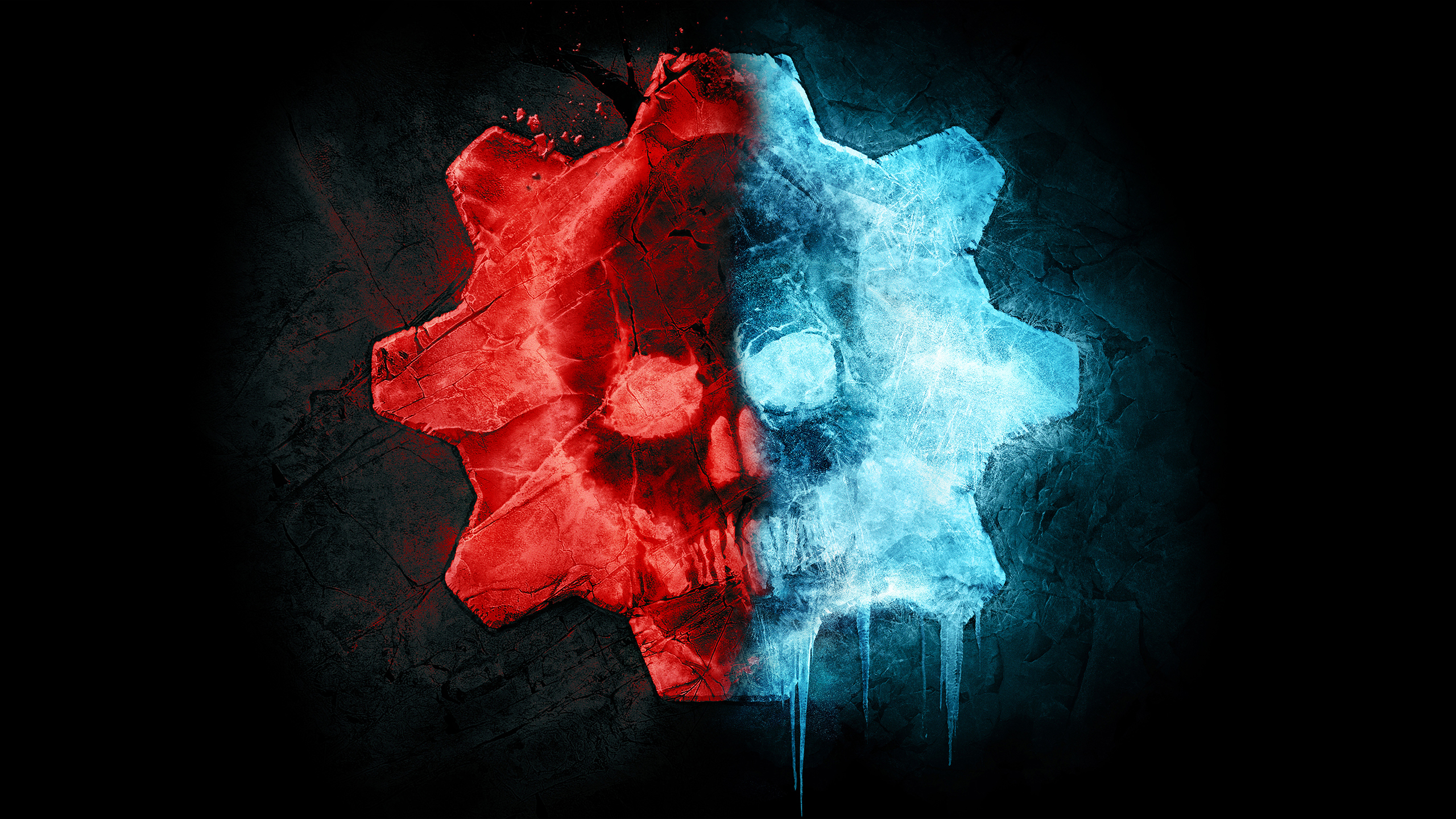 Does the fifth installment of the Xbox, and now also Windows PC, exclusive Gears of War franchise offer something new or is it more of the same?

After Microsoft purchased the Gears of War franchise from Epic Games back in 2014, they handed the reins over to their new in-house development studio, The Coalition. The Canadian outfit cut their teeth retooling the original Xbox game for re-release on Xbox One and PC as Gears of War: Ultimate Edition. 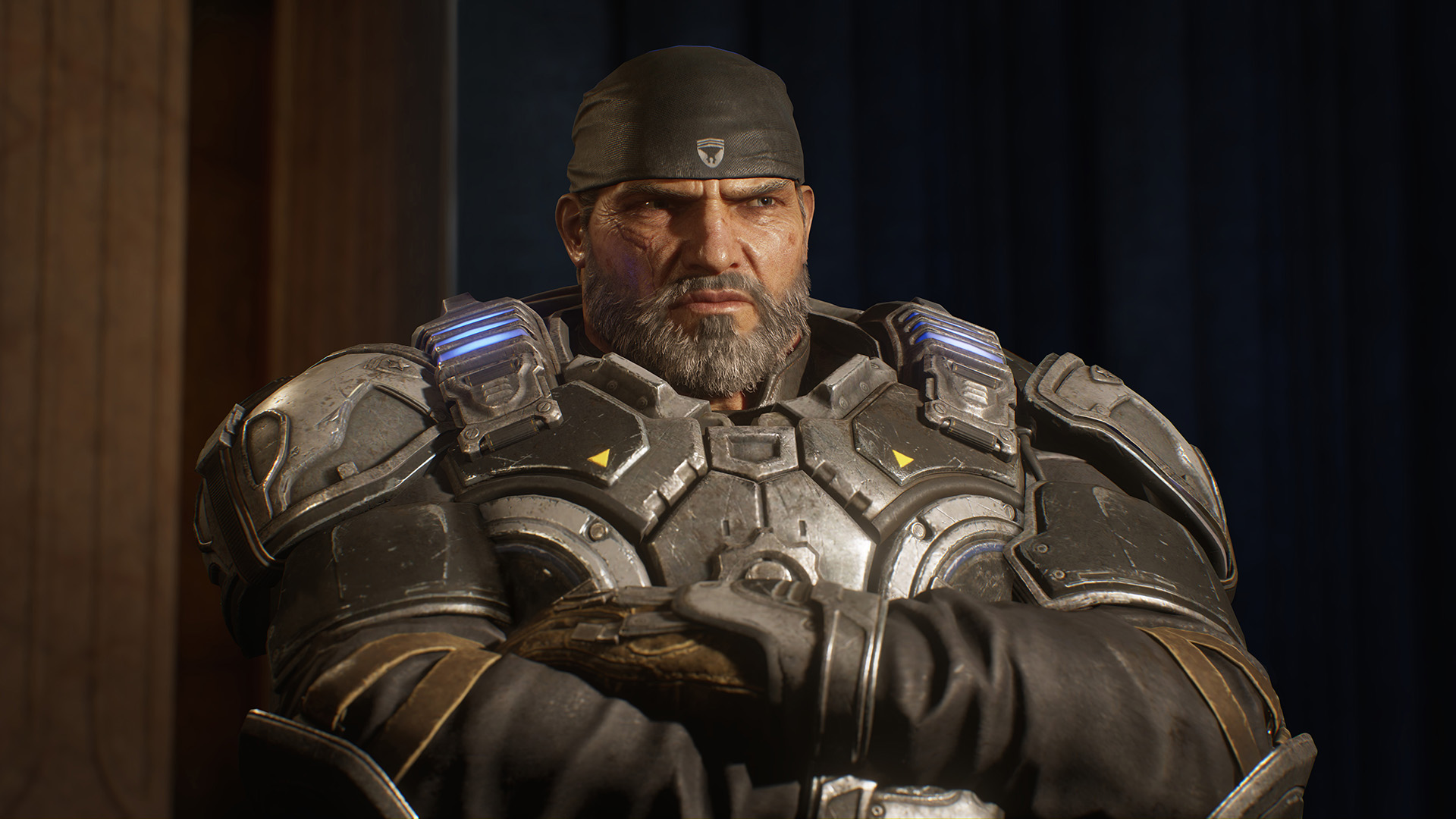 2016’s Gears of War 4 was The Coalition’s first original entry in the famed third-person shooter series. Whilst it met with favourable reviews, it didn’t depart much from the previous games. I felt it also suffered a bit from having to reopen a story that was tied in a nice bow at the end of Gears of War 3.

Gears 5, formally dispenses with the extended title of its predecessors. At the same time, it would seem that The Coalition, have finally stepped out of the shadow of Epic Games having the confidence to make the franchise their own.

As an Xbox Play Anywhere title, players purchasing Gears 5 digitally get both an Xbox One and a Window 10 PC version. Game saves as also synced between the two platforms allow players to switch from Xbox to PC and continue their game. Gears 5 is also an Xbox Game Pass title playable free to subscribers on Xbox One and to Windows 10 PC owner subscribing to Xbox Game Pass Ultimate. Xbox Game Pass subscribers can also get hold of the other five titles in the series for free.

The story campaign continues on from the tale of the Fenix dynasty that started with Marcus Fenix’s prison break way back the original Gears of War and passed on to his son, JD, in Gears of War 4. The Locust are back and it’s up to the player to take them out, once again.

As before, the game is set on a planet called Sera inhabited by a human population that had a society uncannily similar to our own with cars, architecture and other familiar trappings. The people of Sera also shared our history of killing each other.

It was shortly after the end of the 79-year conflict between the Coalition of Ordered Governments (COG) and the Union of Independent Republics (UIR) that the Locust Horde crawled from the ground, attacking the humans- Emergence Day. The first three games chronicle the final battles against the Horde as Marcus Fenix leads the COG forces to victory. The fourth game, Gears of War: Judgement is a prequel, taking players back to just after Emergence Day. 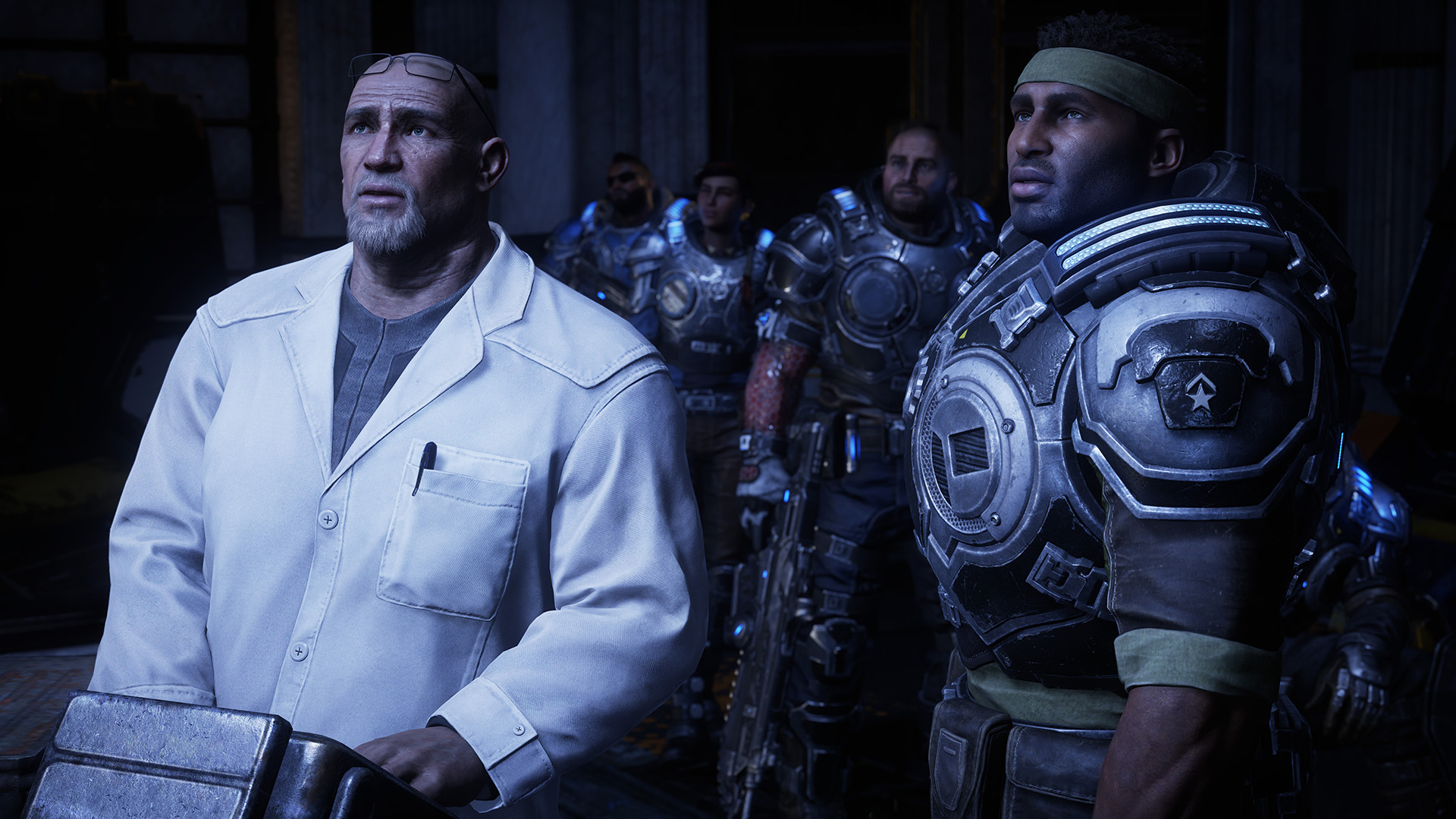 You don’t need to have played any of the previous entries as there is a catch-up video at the start Gears 5 to set the scene.

From the start, the campaign’s visuals are superb. We now in real-time CGI movie territory. The character animations, the lighting and the whole game design aesthetic is so polished. The game runs smooth as silk on an Xbox One X and even better on a Windows 10 PC. The Coalition have gone all out to bring us the most beautiful-looking Gears yet.

The first part of Gears 5 plays very similar to Gears of War 4 with players controlling JD Fenix on a mission to reactivate the Hammer of Dawn orbital weapons platform. Whilst the levels are large, it’s still the corridor-based cover shooter that we’ve been enjoying for well over a decade. After an hour or so into the game, you switch over to Kait Diaz the Outsider introduced in the last game. It was at this point I realised that I was only playing the intro, with the campaign’s focus actually being on Kait and search of answers about her past. 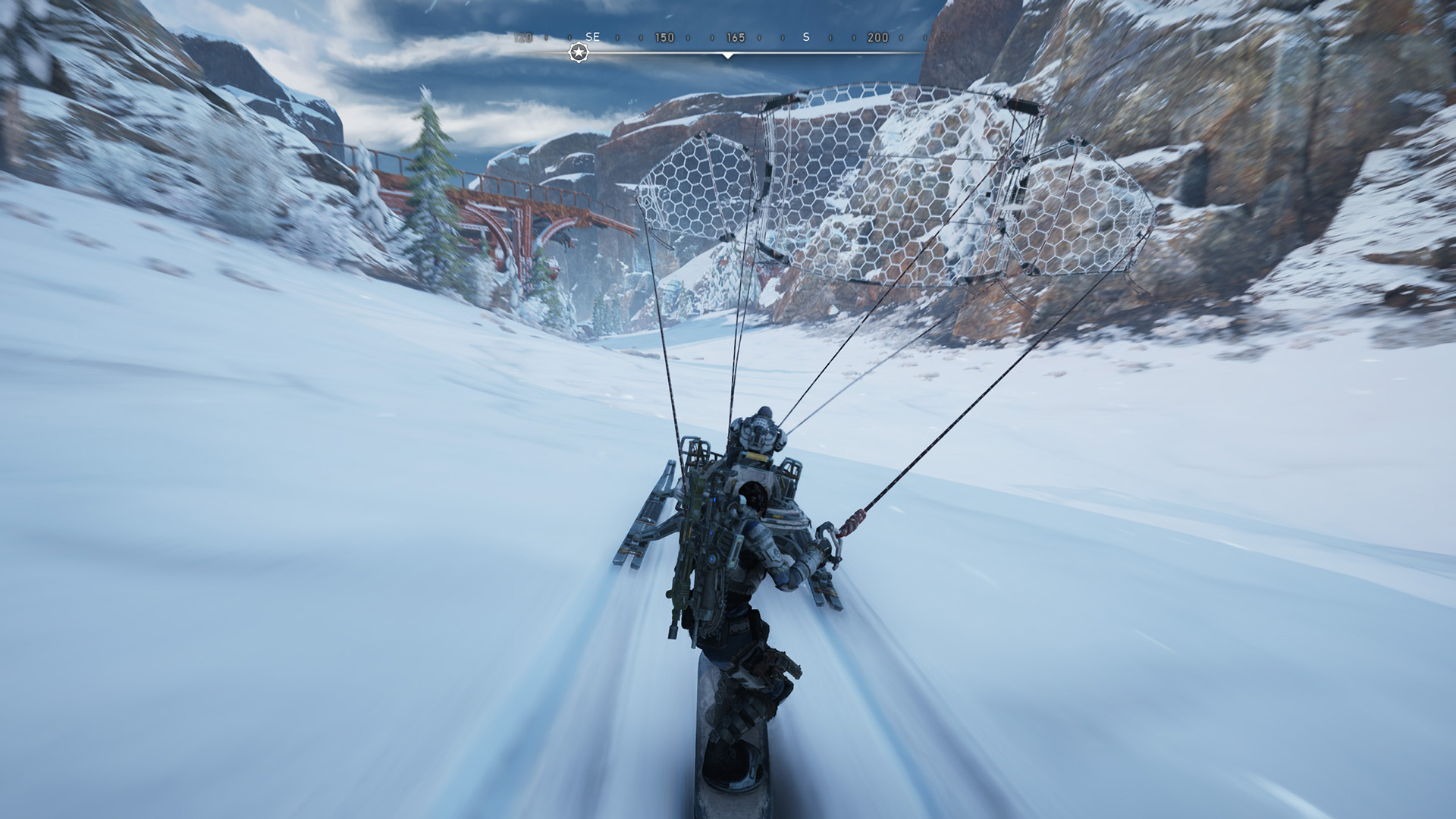 The game then opens up offering a very different open-world experience. Whilst I was very much up for this, it is a radical departure from the very predictable route of the previous games and something that may be a bit too jarring for some fans. Kait and her companion, Del, get around on a wind-powered skiff going form location to location, fighting whatever the game throws at them.

As before, the game’s shooting mechanic is top of its class. Ducking from cover to cover, hitting a for the series signature rodeo run, slicing enemies with a chainsaw-mounted lancer, combat is a fresh as it ever was.

As is the way with your modern shooter, you come for the campaign, but stay for the multiplayer. Gears 5 is no different. You can play the campaign in three-player co-op local multiplayer, online and even a combo with two local and one online. It’s a shame that it’s four-player. And even the two-player only has two players playing as human characters and the third controlling JACK. Even as useful as he is, the upgrade-able airborne drone JACK, isn’t the same as having a group of mates huddled together fending off the enemy. 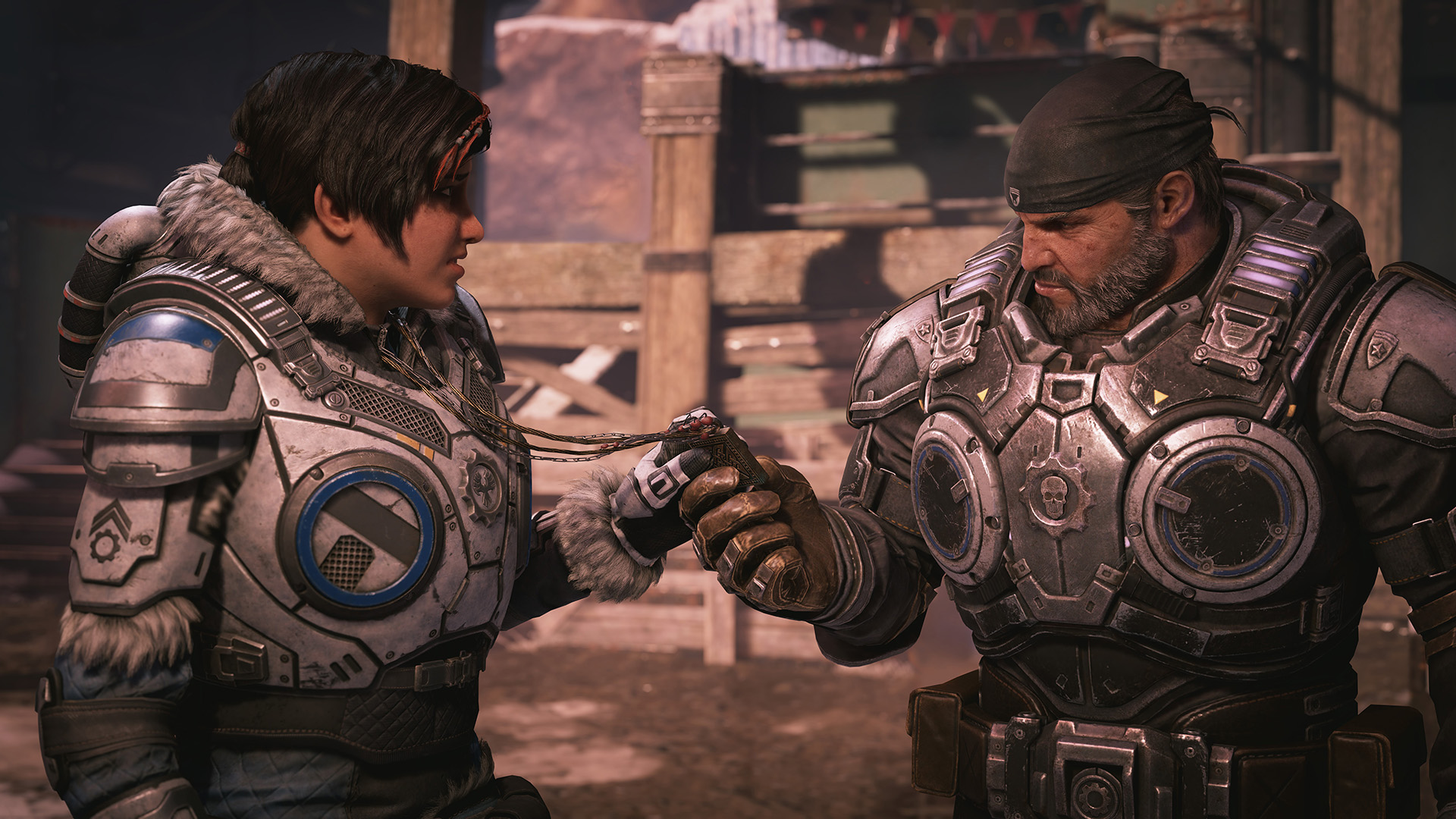 Taking proceedings online with one of the dedicated multiplayer modes and you are in for a treat. The Coalition continue to honour Epic’s legacy in giving players the quality Gears multiplayer the series is renowned for. Verses pits COG against Swarm in a classic team deathmatch. Escape is a co-op mode with a team of players having to escape a hive.

Then there’s horde, the wave-based co-op mode pitting up to five players against 50 waves of increasingly powerful enemies with a boss wave after every nine waves. Each wave is an intense experience requiring teamwork and strategy. It’s by far my favourite Gears multiplayer mode. Session are long and intense, but it’s co-op gameplay at its finest.

At the end of the day this is a Gears of War game, a very good Gears of War game. Gears 5 does push the boundaries a little, but not by much. Which is both a good and a bad thing. The game is still very much built on what has gone before, it wouldn’t have hurt the developers to have been a little more adventurous. The campaign story is entertaining, but not what’ll keep you coming back to the game. Unlike Call of Duty, where the story usually keeps me riveted to the single-player for it’s six or so hours before I move on to the multiplayer, I sneaked into Horde we before the end of the single-player running time and stayed for quite a while.

Gears 5 is a top entry into the veteran Xbox franchise. The game looks amazing in 4K on an Xbox One X and runs extraordinarily well on Windows 10 PC. It’s a great stepping on point for new players and offers existing fans a lot more of what they like.