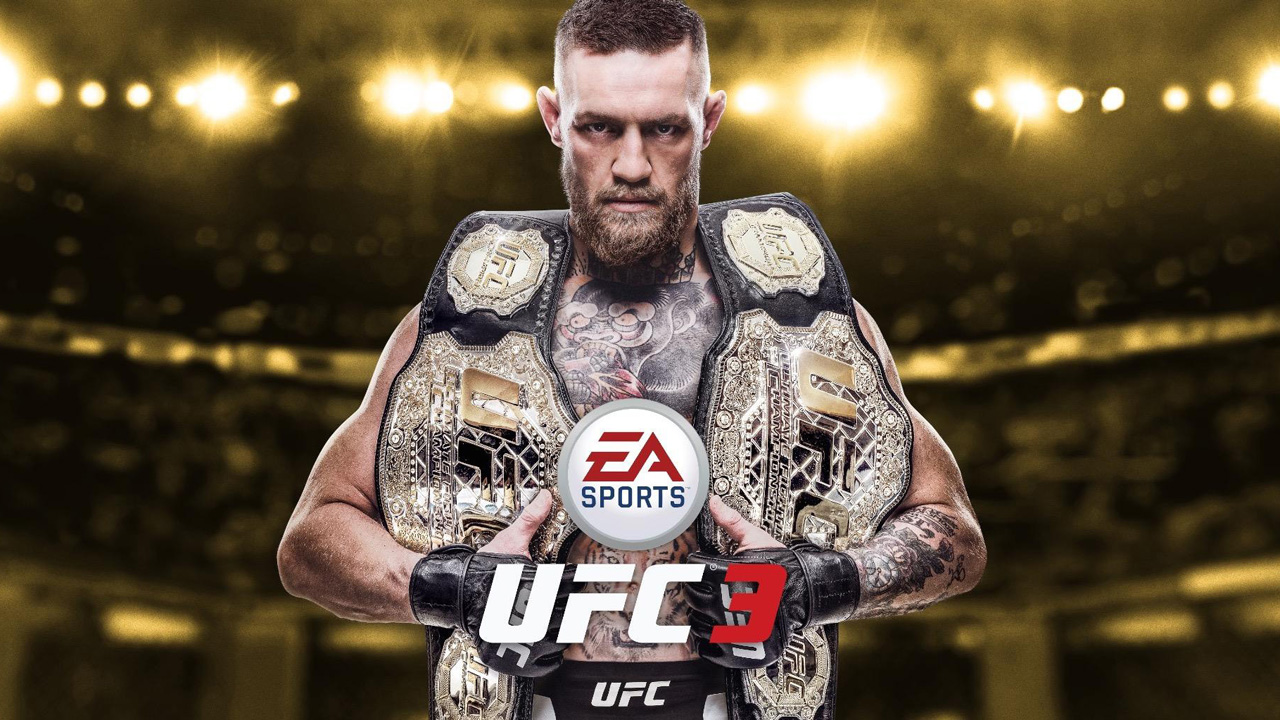 EA’s UFC games have gone from strength-to-strength. For this third iteration player get to fight with the most realistic fighters of any combat game. UFC 3’s gameplay mechanics have also been suitably overhauled to give us a more refined game.

This being an EA Sports title, it has something for everybody. The title screen offers players a number of options: Fight Modes, Career Mode, Create Fighter, UFC Ultimate Team, Tournament Mode, Live Events, Ranked Championships and Online Quick Fight.

The visuals are drop-dead gorgeous. Fighters sweat, bleed and limp. You can even see the veins in their heads start to pop out as submission grips tighten. Opponents look realistic and the animations fluid. There are a few movements that seem a little too quick- like when fighters quickly get to their feet, sometimes a little too quickly. But for the most part the graphics are awesome. 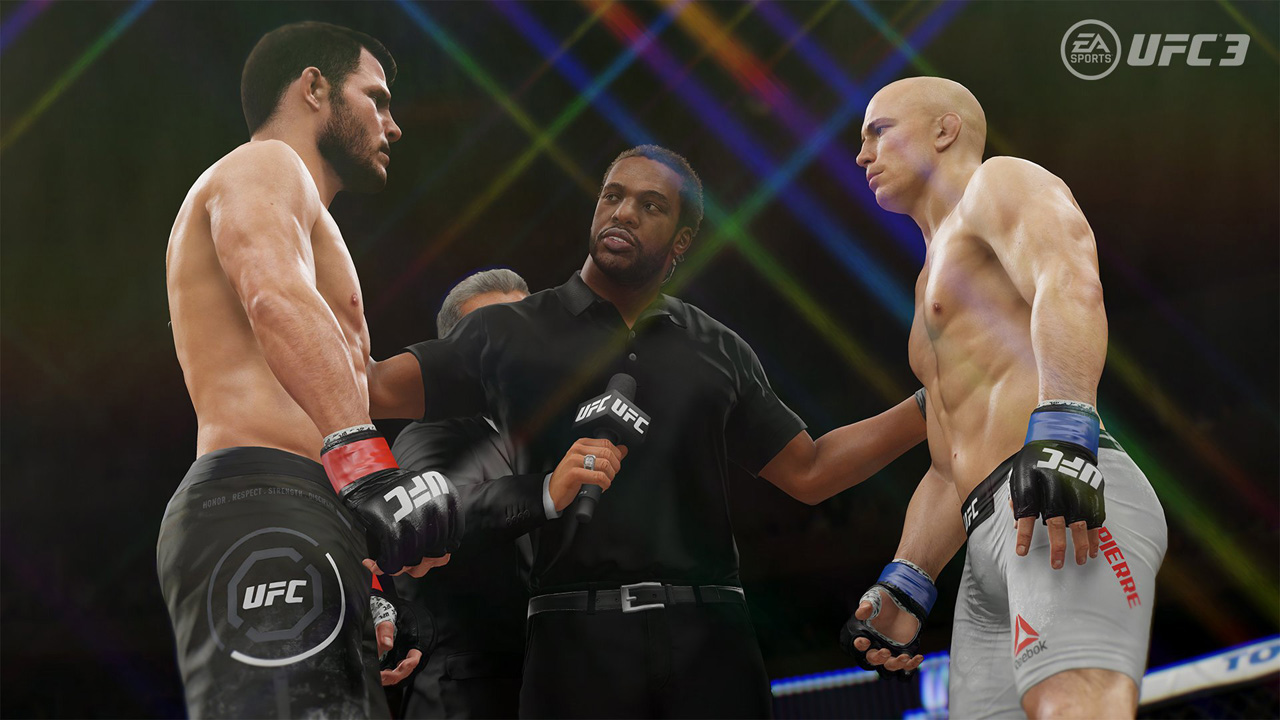 The changes to the controls mean relearning moves and require supple fingers. I’d suggest everyone takes some time to find their feet in the practice mode before embarking on their UFC 3 career.

The combat has been refined, making bouts flow nicely. The standing game works a treat, your fighter throwing punches and kicks, whilst receiving the same, but with the opportunity to logically block moves in a fair a reasonable way. The grappling, whilst it lacks the visceral nature of landing a punch to the head, works as well.

It’s the ground game still doesn’t do it for me. The clumsy writhing about and jarring quadrant submission mini-game hasn’t changed since the first game. I just try my best to counter any attempts to get me on the floor. But there’s still so much to like about the game. 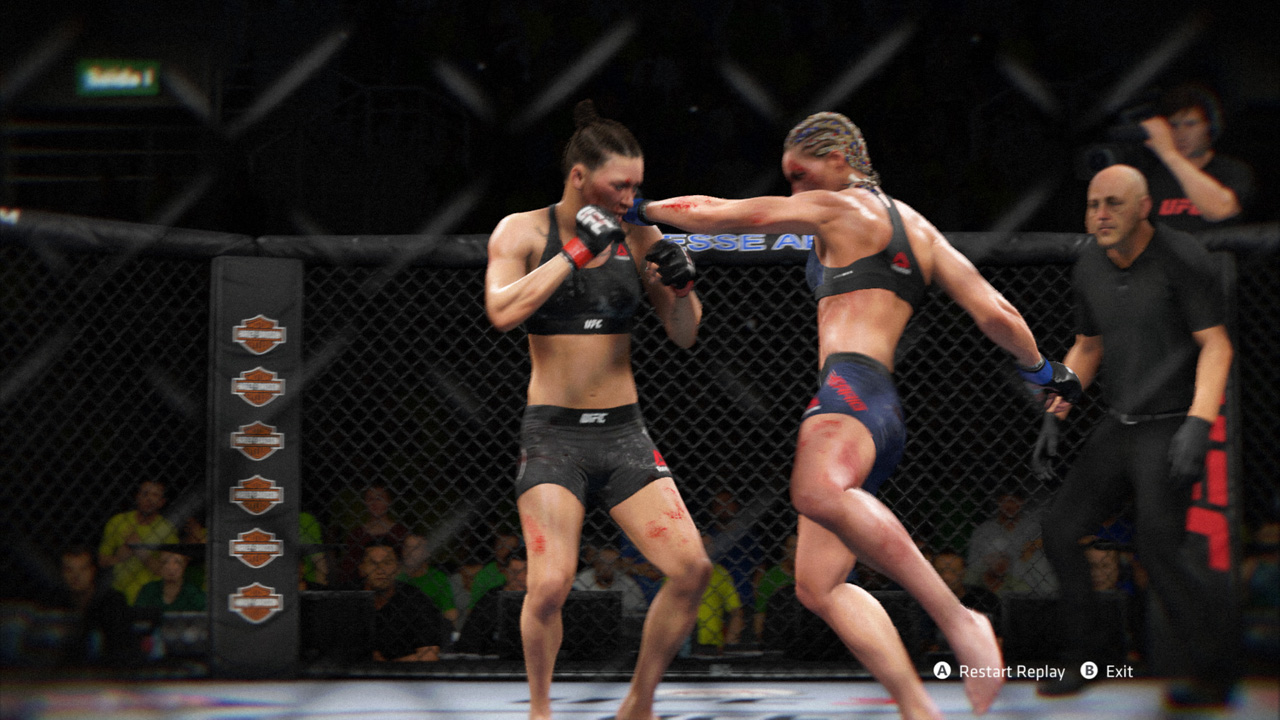 UFC 3 isn’t about hammering your opponent until they fall over. The main standing game mode is all about successfully landing strong attacks. You attack strength is tied to a stamina meter that reduces with every attempted strike. Miss a shot and your stamina with deplete even more. The bar does continuously refill, unless you drain it completely. The potency of your opponent’s attacks are also affected by your stamina level. The lower it is the more damage you are going to suffer.

UFC 3 does not support the button-masher. Which is good.

The Career mode allows you to pick a fighter from the roster of UFC fighters in the game or create your own. I was able to use my old EA Sports Game Face to create a UFC fighter that was a pretty good likeness. 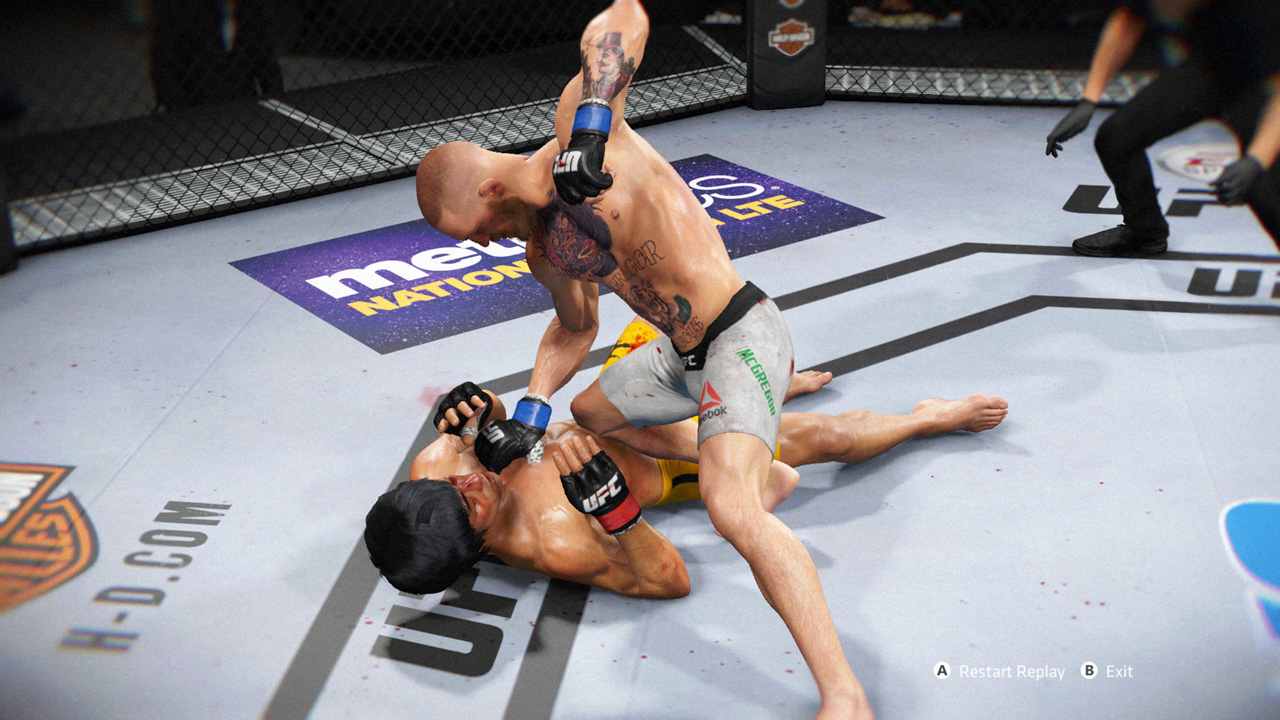 Starting as a novice, training out of your bedroom, you have to work your way up, before getting signed by Dana White into the Ultimate Fighting Championship. Between fights you need to train, spar and promote yourself using social media. The downtime between fights isn’t as much of a chore as it has been in the past, but it still drags on a bit. You do get the opportunity to gain perks and new moves from your training sessions.

Whilst the Career mode desires players to be competent in all aspects of the sport, you can choose ad hoc fights that stick to one MMA discipline. The Fight Modes option allows you to choose Stand and Bang with fighter taking each other on using the standing game only. The flip side of this is the Submission Showdown, help you get to grips with the lack lustre submission mechanic. Of course, you can jump right in for a one-off full-on UFC fight, picking your weight class and fighter, in Fight Now. Of if you want something a little more like an arcade fighting game, The Snoop Dog commentated Knockout Mode will deliver. 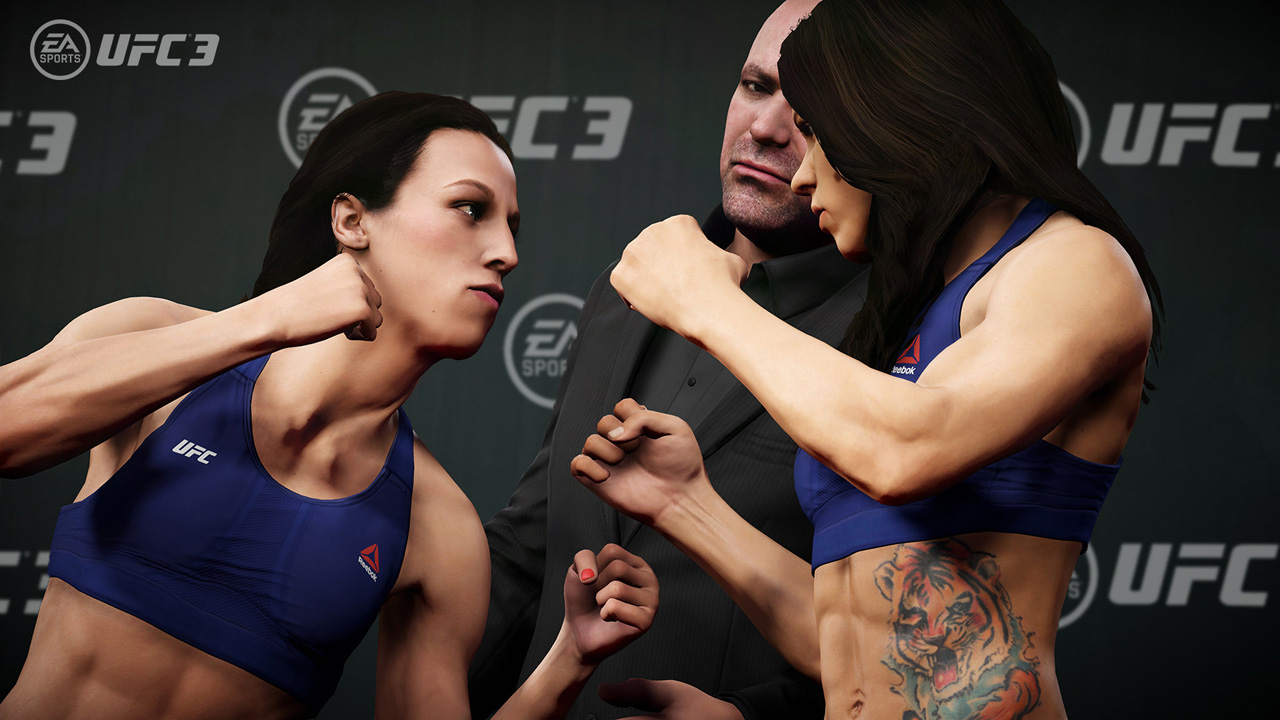 Of all the EA Sports titles, UFC 3’s version of Ultimate Team makes the least sense. The number one reason being that UFC isn’t a team sport. Micro-transactions aside, though, Ultimate Team does allow players to get to grips with the game, using a roster of fighters, with each fight allowing you to improve your team. Ultimate Team is a game on its own featuring online and solo fight as well as challenges.

If you follow UFC, Live Events lets you partake in upcoming fights with rewards for duplicating the real-world results.

For those brave enough, the game’s online multiplayer mode give player the opportunity to dominate the octagon against real opponent or, as in my case, get your arse handed to you. In amongst the almost superhuman online community of UFC players, there is the odd newbie that’ll hand you the opportunity to give them a good thrashing. For the most part, though, be sure to bring your “A” game into the online octagon.

UFC 3 delivers one of the best realistic fighting experiences ever. The ground game still needs work, but when it comes to punching and kicking, the fights are a lot of fun. It is possible that the ground game only feels undercooked because the rest of the game has been so well refined. Hopefully we will see some improvements with grapples and submissions in the next iteration. 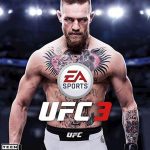