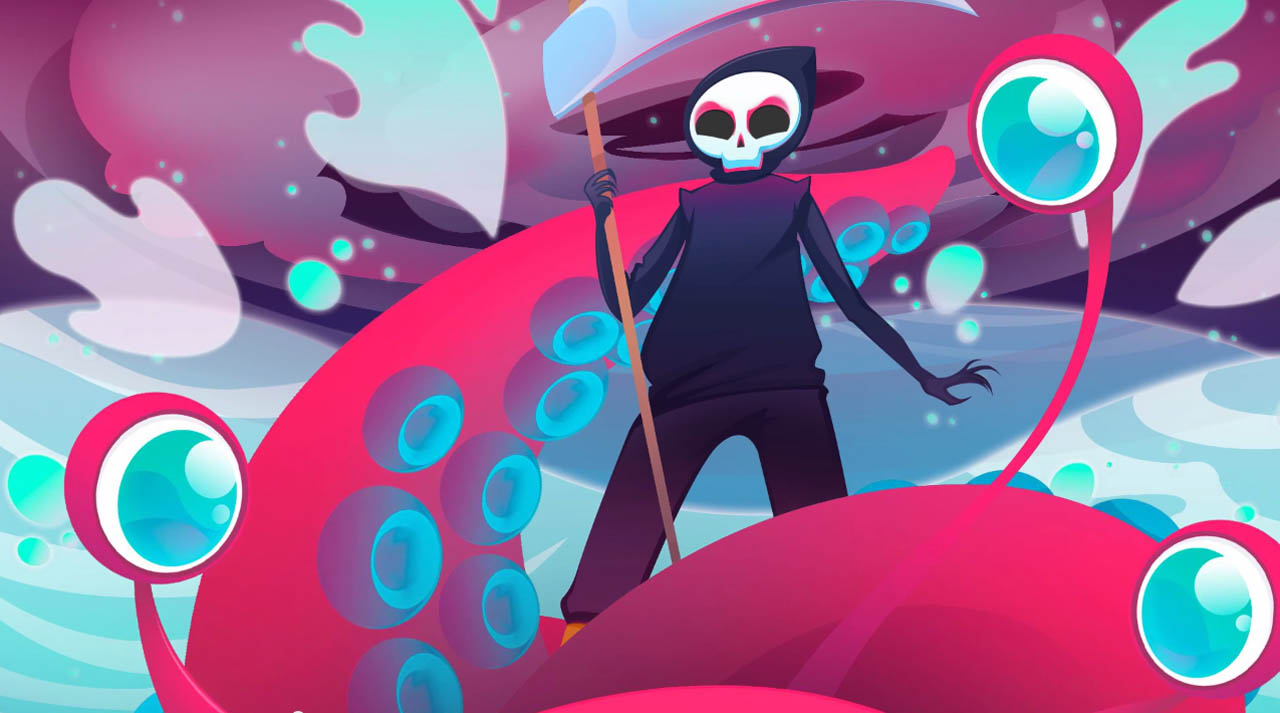 Bread Team brings us Divide by Sheep, a math puzzle game that is available on Steam and iOS. The game while simplistic in nature, is an entertaining and mind working game.

The Grim Reaper is getting lonely but can only make friends with the dead and so sends a flood kill all the sheep. This leaves little islands of stranded sheep and it’s your job to get them to safety by solving a tricky array of math puzzles by any means necessary. 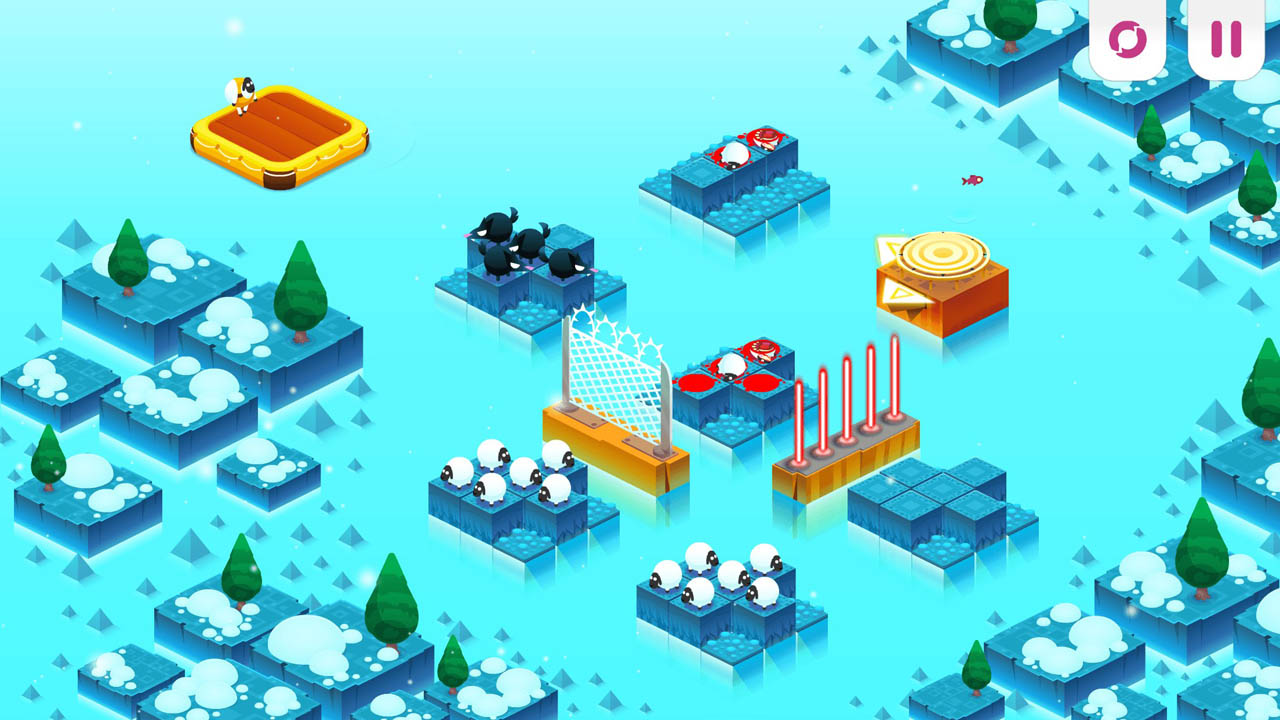 The game revolves around you getting an allocated amount of sheep and/or wolves to a raft. There are little islands that only allow so many sheep. Wolves also eat sheep and take up space after eating a sheep. Using these mechanics and several others, that are introduced as you progress, you achieve the goal of getting each to the rafts as required.

The game looks great with its cute art style and colourful layout. Everything from the sheep to the Grim Reaper look adorable and it makes the turn for slightly darker humour that much more of a funny contrast. 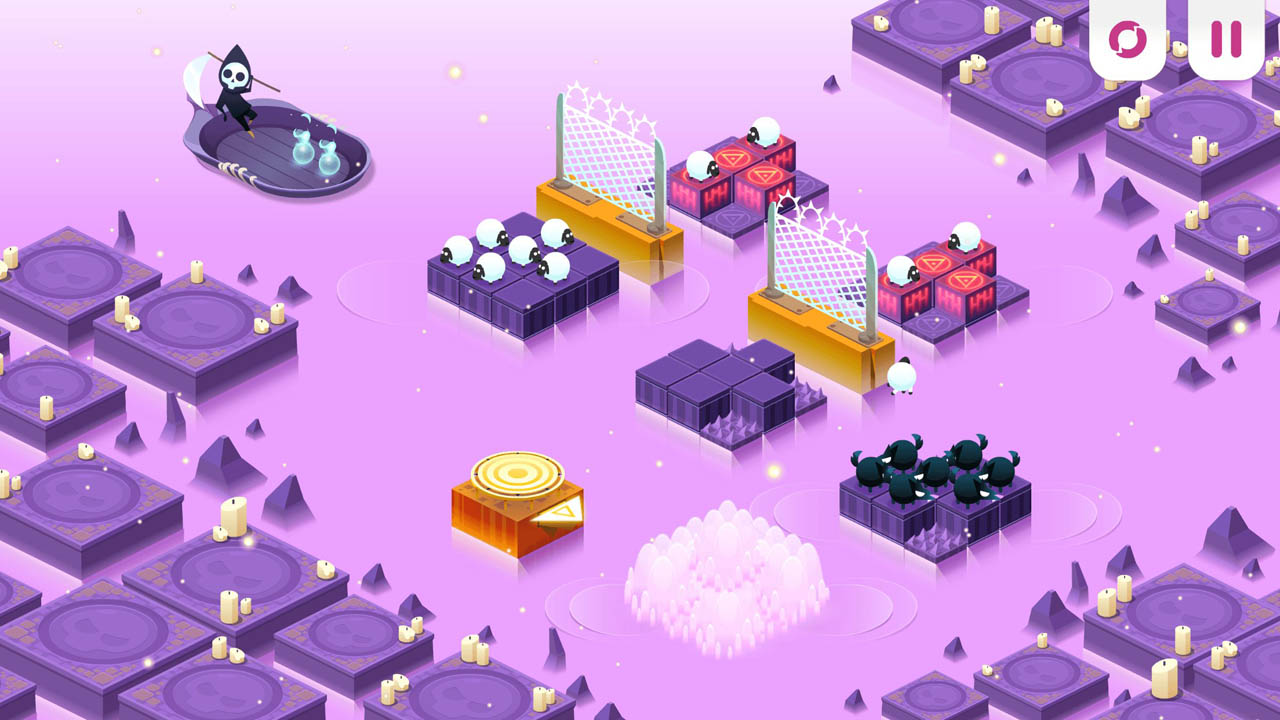 I was having a good time right up until you needed to slice the sheep in half, after that I was having a great time. Call me strange, but I found this immensely amusing and it even added to the difficulty of the Levels. The sheep are rejoined when back on the raft but flinging half a sheep around made for more entertainment than it should have.

There are many Level types to unlock, each with its own style and theme providing some variation within the game. The cute little story filler scenes are amusing and enjoyable and provide charming context for the game. 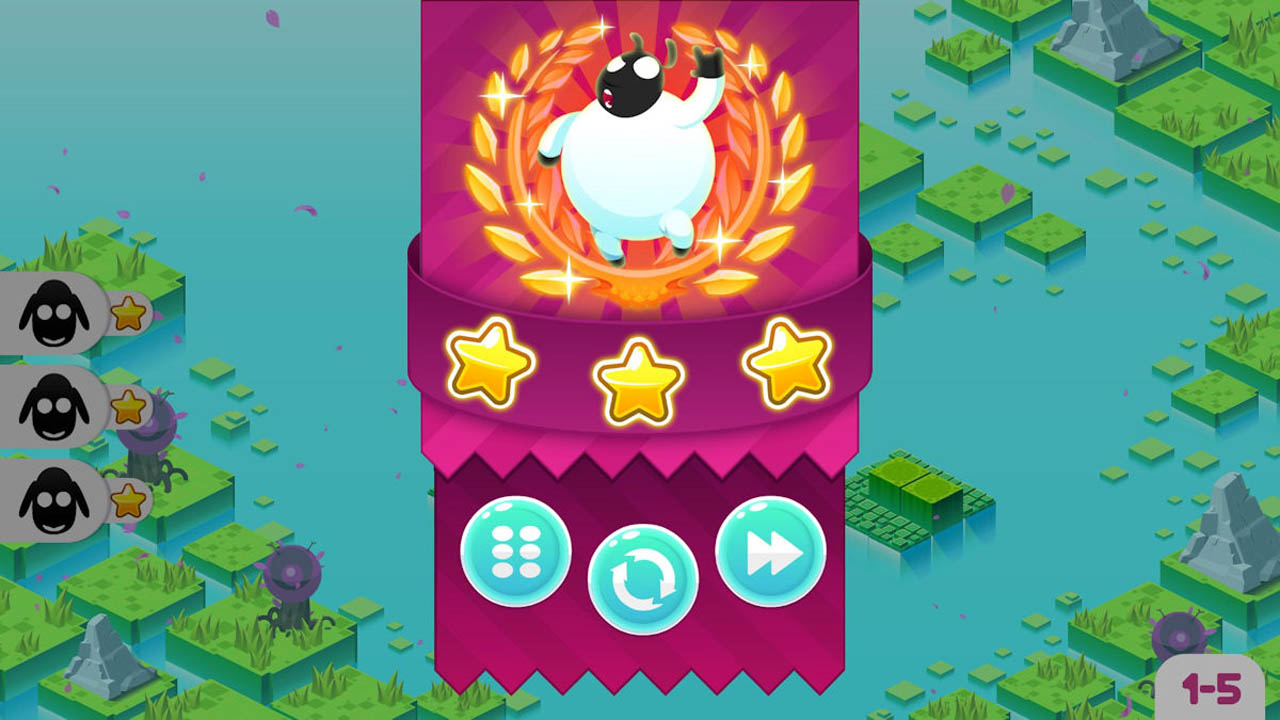 I’m not usually one to promote phone or tablet games as I feel they are more for the casual gamers out there (of which I like to think myself not one) but this little title is cute and colourful. It provides a simple but engaging time with puzzles that do make you think.

The game was released this early this month so if you are sitting bored somewhere, try flinging cute sheep around (in gameplay, of course).