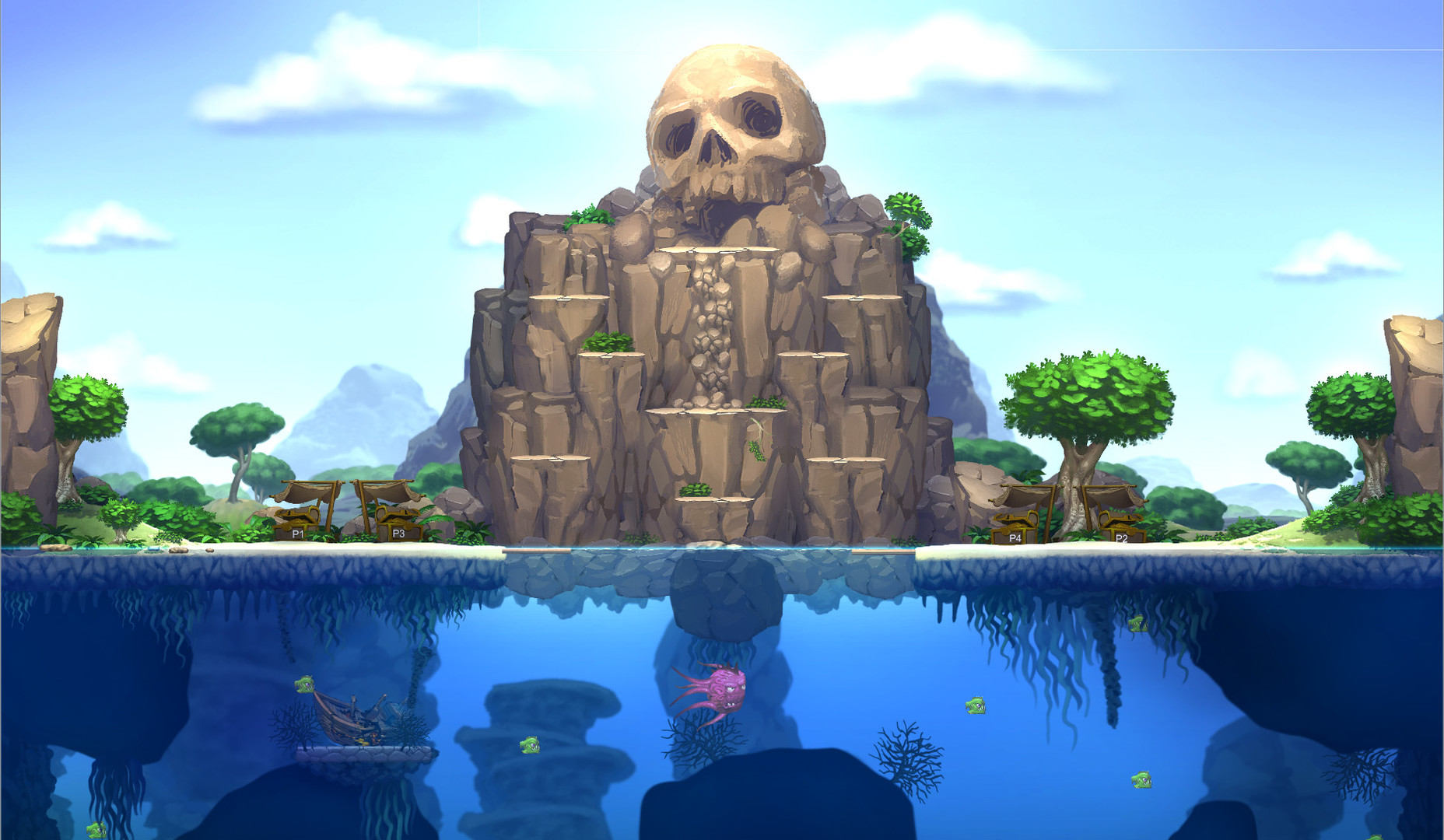 The Switch has over the past years helped reinvigorate a love for couch co-op games thanks to it having two inbuilt controllers.

Thanks to this there have been a slew of excellent two-player indie games landing on the scene, but does Aqua Lungers do enough to make a splash on this scene?

Aqua Lungers is a game with a simple premise.  The players need to dive down to the treasure chests, and collect some gold.  First to get the right amount of gold wins.  Easy right?  Well Aqua Lungers skips the idea of a learning curve and throws brutal enemies at you from the get go to make it a challenge from the start, to entertaining and frustrating effect. 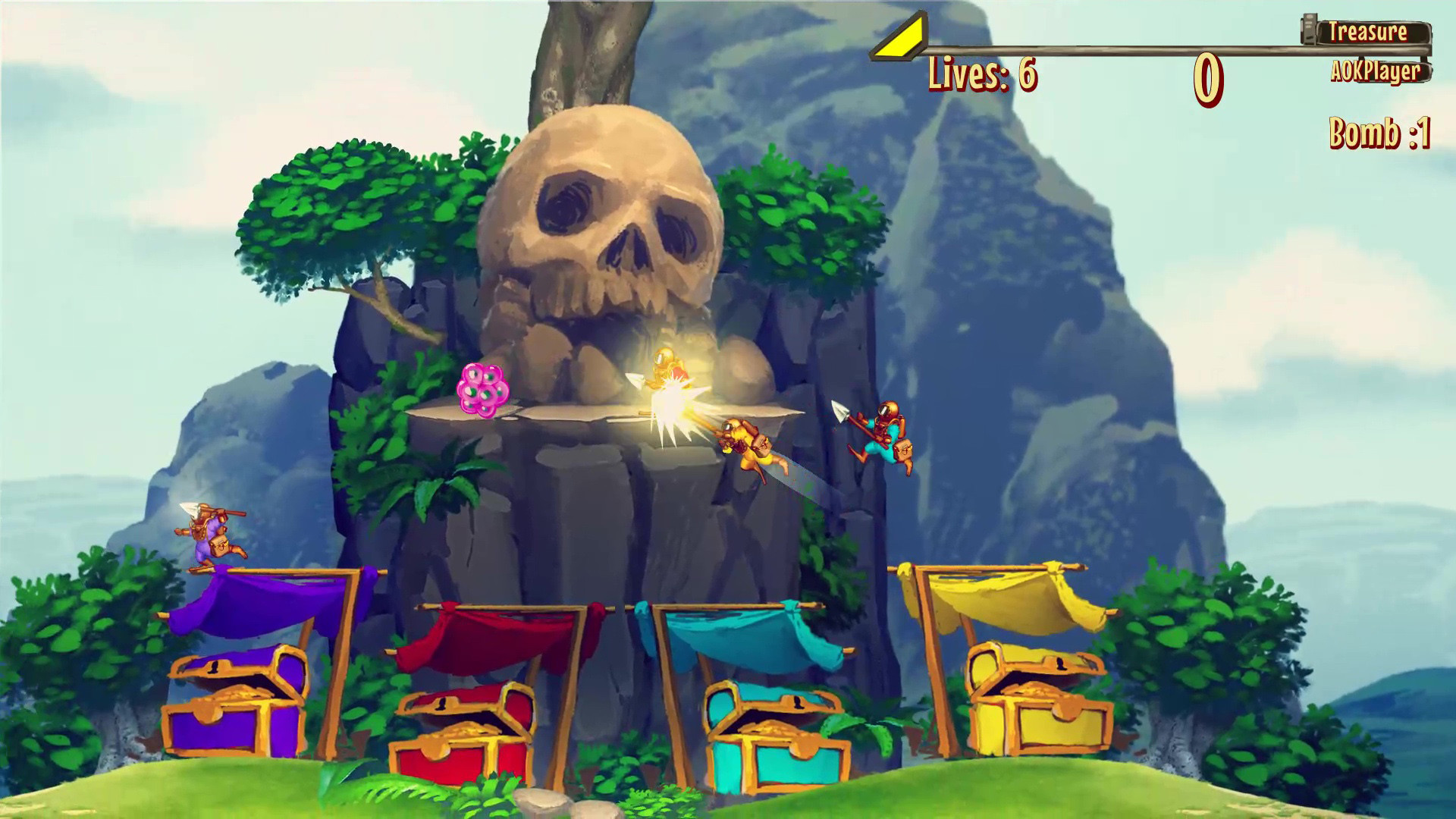 Each Level has a boss which is ruthlessly hard, and a whole lot of disposable enemies like hungry fish.  You need to attack and defeat these smaller fish, or attack and stun the boss to get to that sweet gold.  Bashing a ship may result in gold spilling out, or more of these dangerous fish, and getting from a to b gets hard fast, especially when bosses start firing fireballs and guns start aiming and shooting at you.

Then there is the competition.  Hitting each other will result in dropping gold, which makes the game crowded as the arenas aren’t exactly big and you cross paths carrying your gold to your base regularly.  My wife and I made a truce, but accidentally hit each other a lot, which resulted in the truce dissolving in seconds. 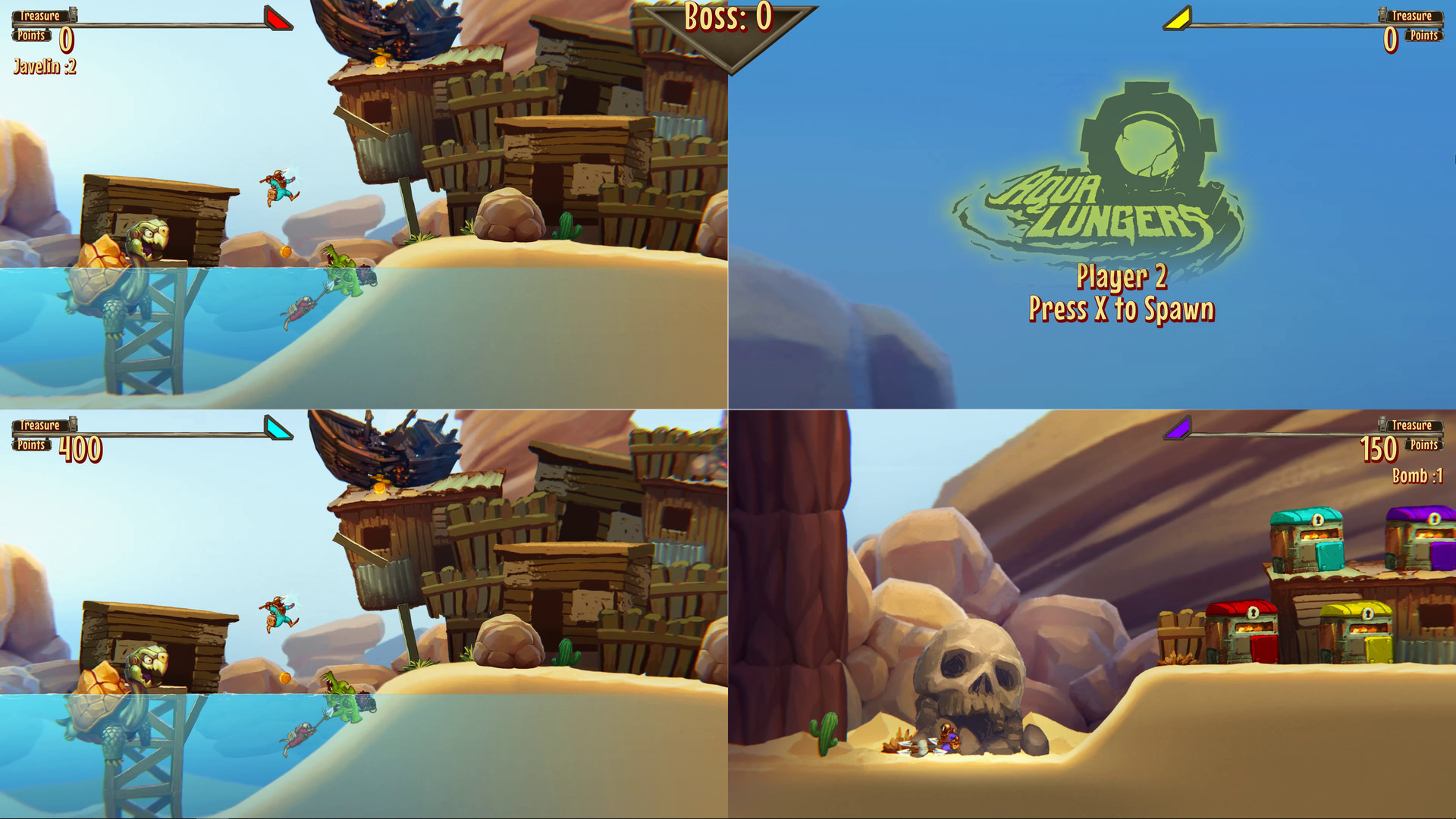 Aqua Lungers is certainly fun at times, but is definitely at its best as a multiplayer game.  When I played on my own, the game was too hard and frustrating as all the AI only went for me, and the whole game became unsatisfying to play.  When playing as a multiplayer game, the strategies where you wait and try to play the AI against your opponent makes it a lot more fun.

There are some limited use power ups you can pick up, like throwable spears.  I was lukewarm on them because it doesn’t introduce them well, so you need to get them, try using them to see what they do, and then try to remember their icons in the future.  On the small Switch screen this is especially frustrating. 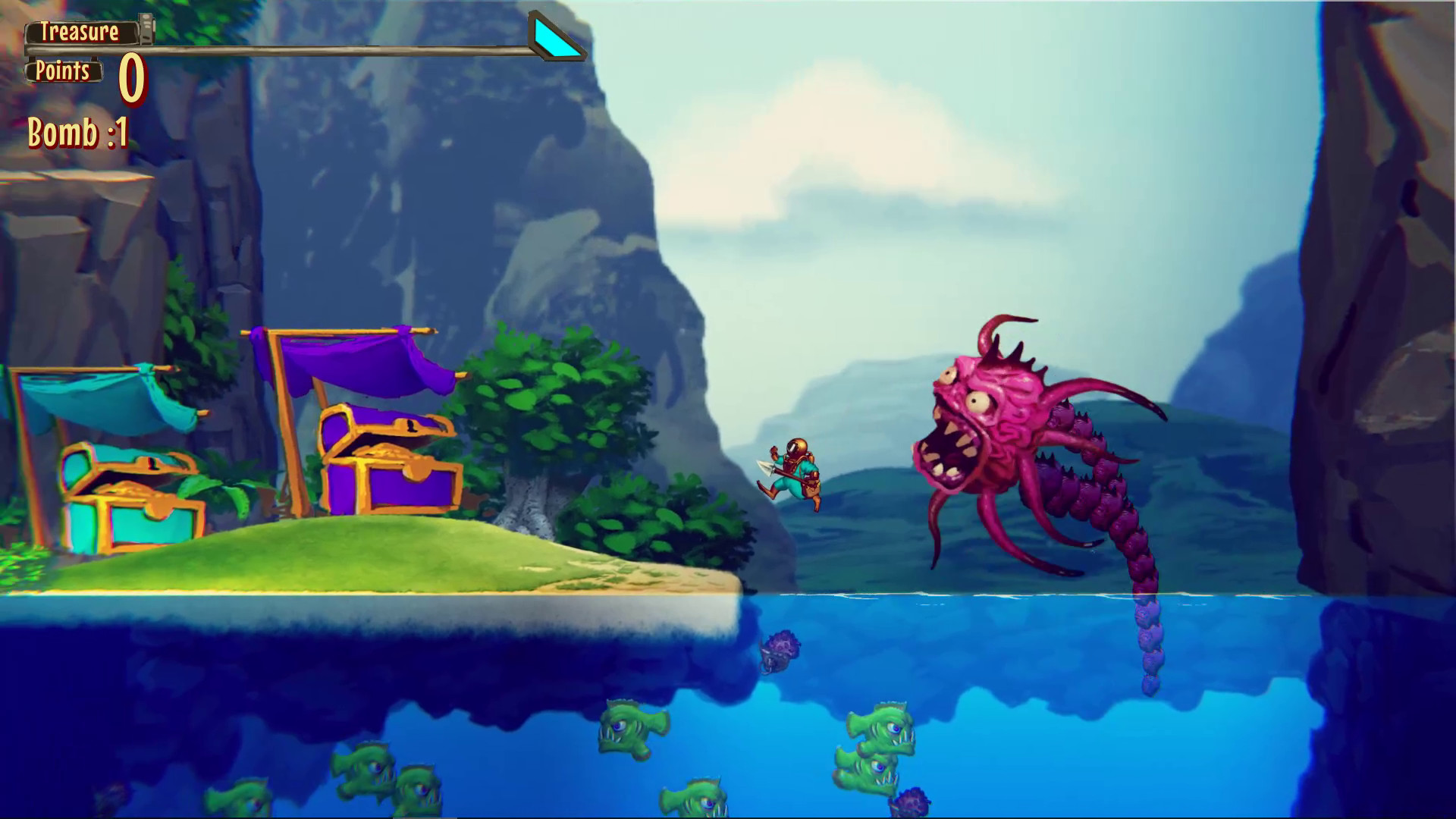 The pixel art that is nice and detailed is great to look at.  It doesn’t do anything especially new, but it’s better than anything I could make.  Enemy animations are especially good, like the fish that jump up on to land and flap around on their sides.  So this is one area where some excellent work has been done.

Aqua Lungers is a competent game that feels like a multiplayer advancement of that Octopus Game and Watch game we played so many decades ago.  Single player it is not a lot of fun, but for another couch multiplayer game there is plenty of fun to be had here. 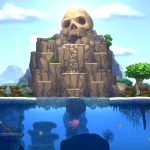 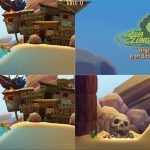 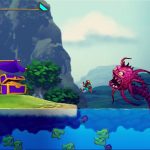 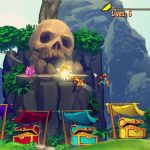