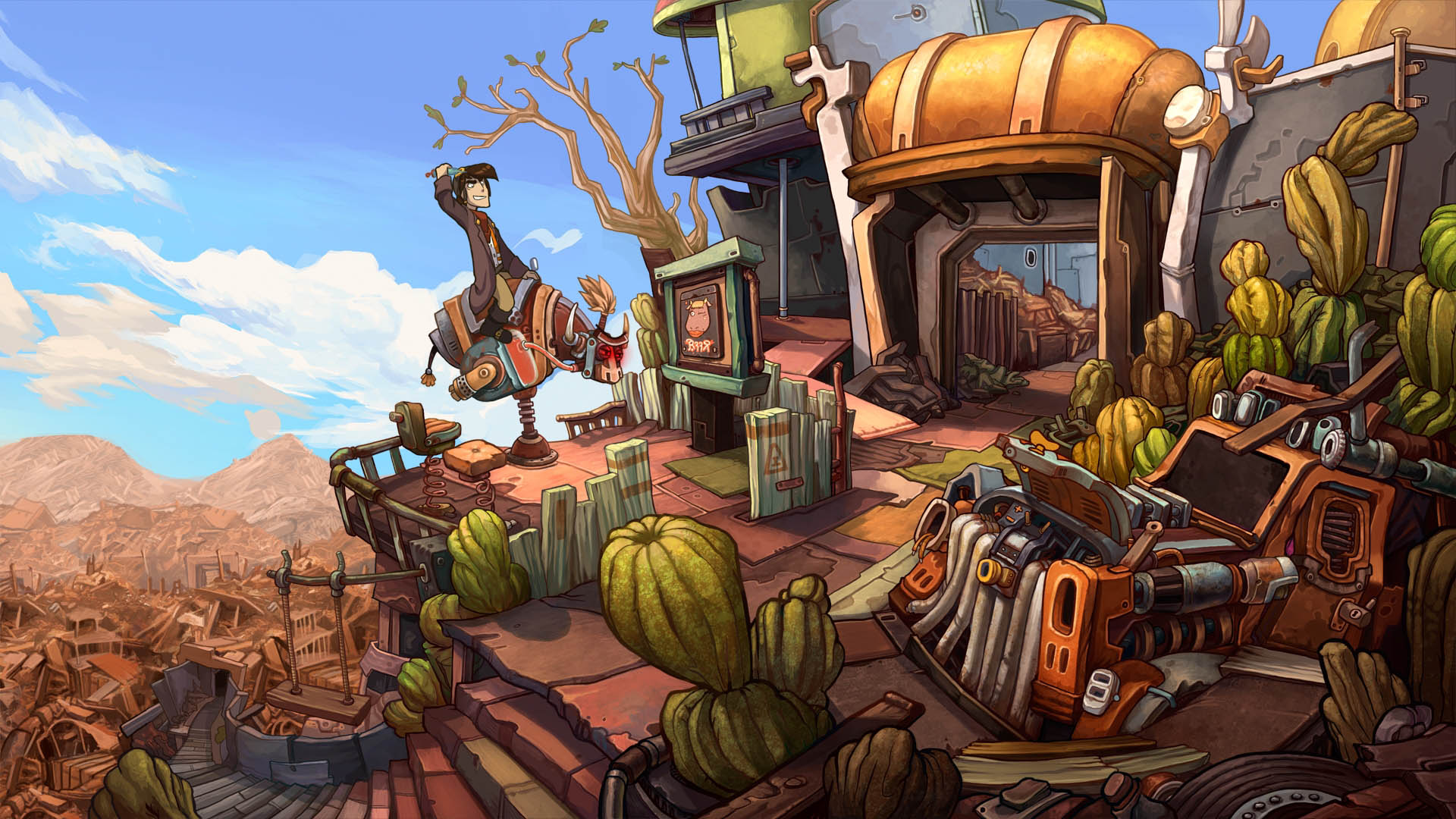 Rufus’ and Goal’s story, in form of a highly detailed port of the PC version featuring more than 10 hours of enjoyable playtime, will be exclusively available for the iPad in the App Store as of September 10th.

Deponia tells the story of a chaotic and borderline narcissistic gadgeteer called Rufus who lives on the trash planet Deponia. Rufus greatest wish is to leave all this garbage behind and start a new life in the floating city of Elysium. 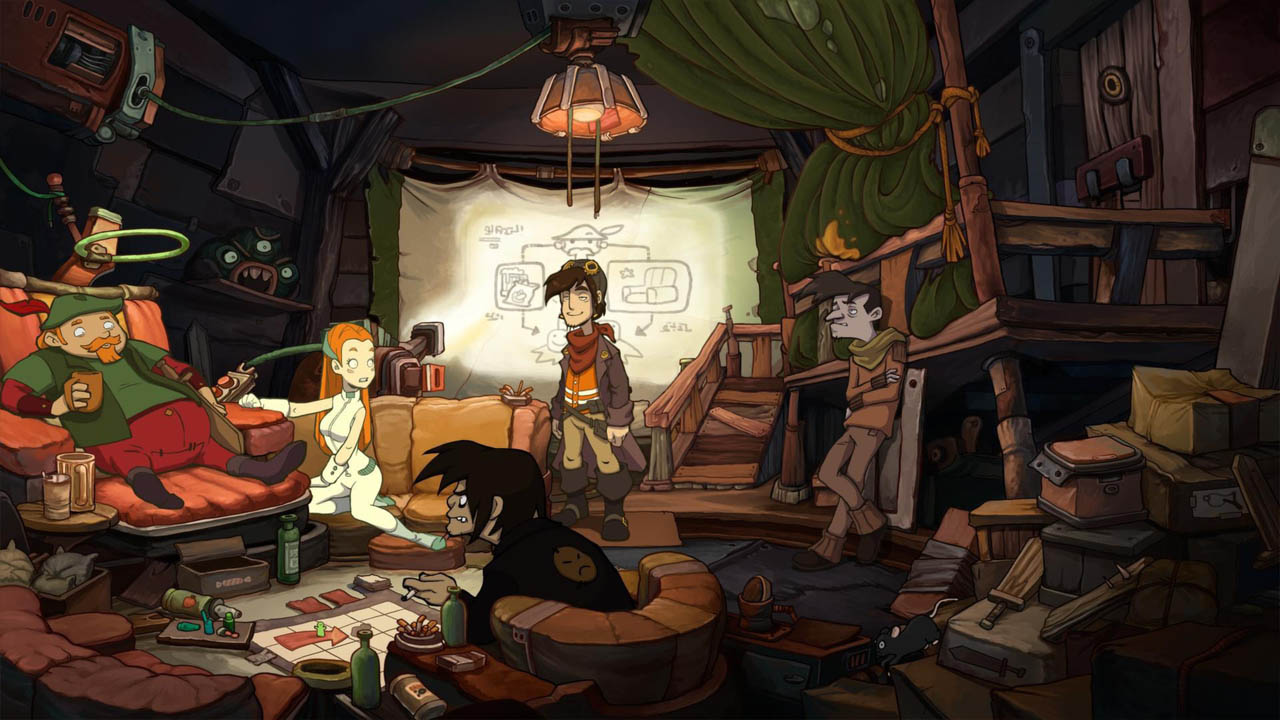 When one day, a beautiful girl called Goal literally falls right out of the blue, into the trash and in front of his feet, he decides to take this chance: his new task is to return the foreign beauty to her home.

But her fiancée, Cletus, also tries to get back his beloved and thus an exciting chase and comedy of errors ensues.