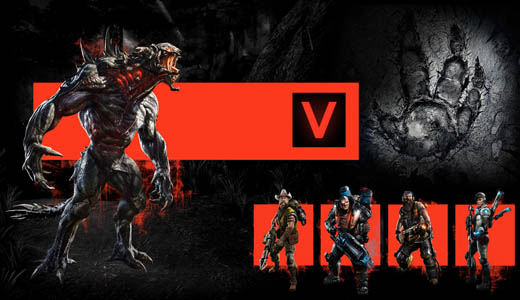 2K and Turtle Rock Studios announced today that Evolve, the 4v1 shooter in which four Hunters cooperatively fight to take down a single-player controlled Monster, is now available worldwide

Evolve is a cooperative and competitive experience enjoyed online, as well as offline solo.

“2K and Turtle Rock Studios did a remarkable job delivering such a creative and ambitious game,” said Christoph Hartmann, president of 2K. “Evolve is an innovative and highly replayable experience that will define this console generation for years to come.” 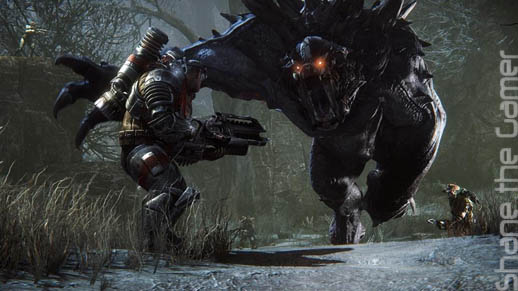 Evolve also includes Evacuation, a unique experience that combines the full array of maps, modes, Hunters, and Monsters into a single dynamic campaign offering near-limitless variety. In Evacuation, players choose a side – Monster or Hunter – and play through a series of five matches, where the outcome of each match directly impacts the next, totaling over 800,000 possible gameplay combinations for ultimate replayability. 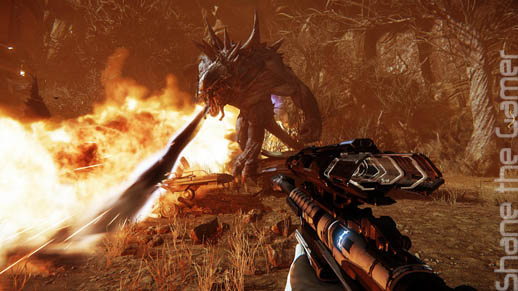 “Our philosophy is to build incredibly fun game experiences that we can’t find anywhere else, and we’ve achieved that with Evolve,” said Chris Ashton, co-founder and design director at Turtle Rock Studios. “After years of iteration and playing the game every day, Evolve is a polished and balanced experience for players to enjoy online, cooperatively with friends against AI, or completely alone offline.” 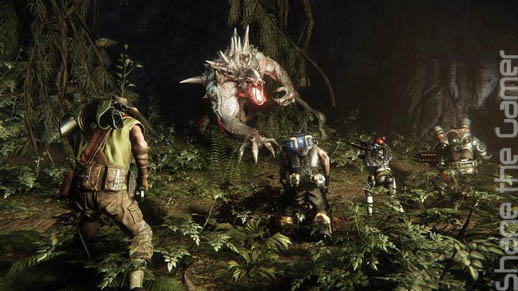 From Turtle Rock Studios, creators of Left 4 Dead, comes Evolve, a shooter in which four Hunters face off against a single, player-controlled Monster in adrenaline-pumping 4v1 matches.

Play as the Monster to use savage abilities and an animalistic sense to kill your human enemies, or choose one of four Hunter classes (Trapper, Support, Assault and Medic) and team up to take down the beast on the planet Shear, where flora and fauna act as an adversary to man and Monster alike. 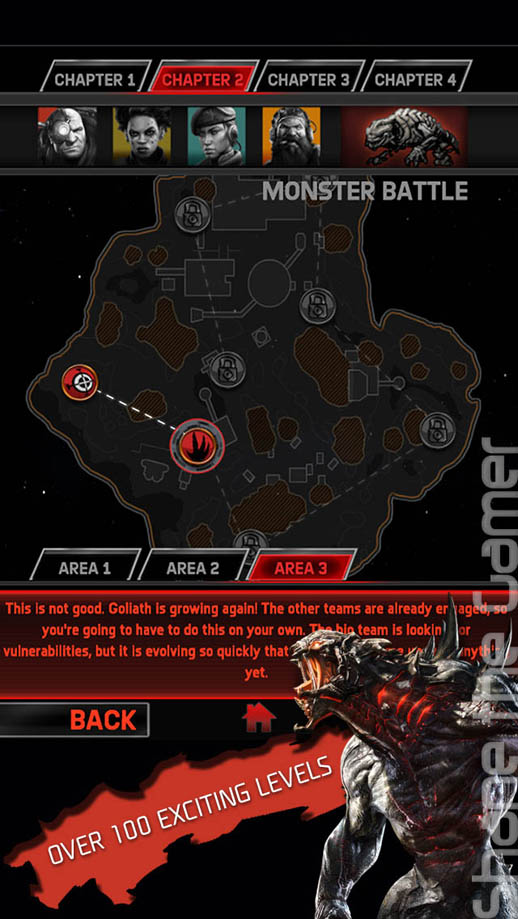 Level up to unlock new Hunter or Monster characters as well as upgrades, skins, and perks. Earn your infamy on the leaderboards and become the apex predator.

Evolve is now available worldwide for Xbox One, PlayStation 4 system, and Windows PC.