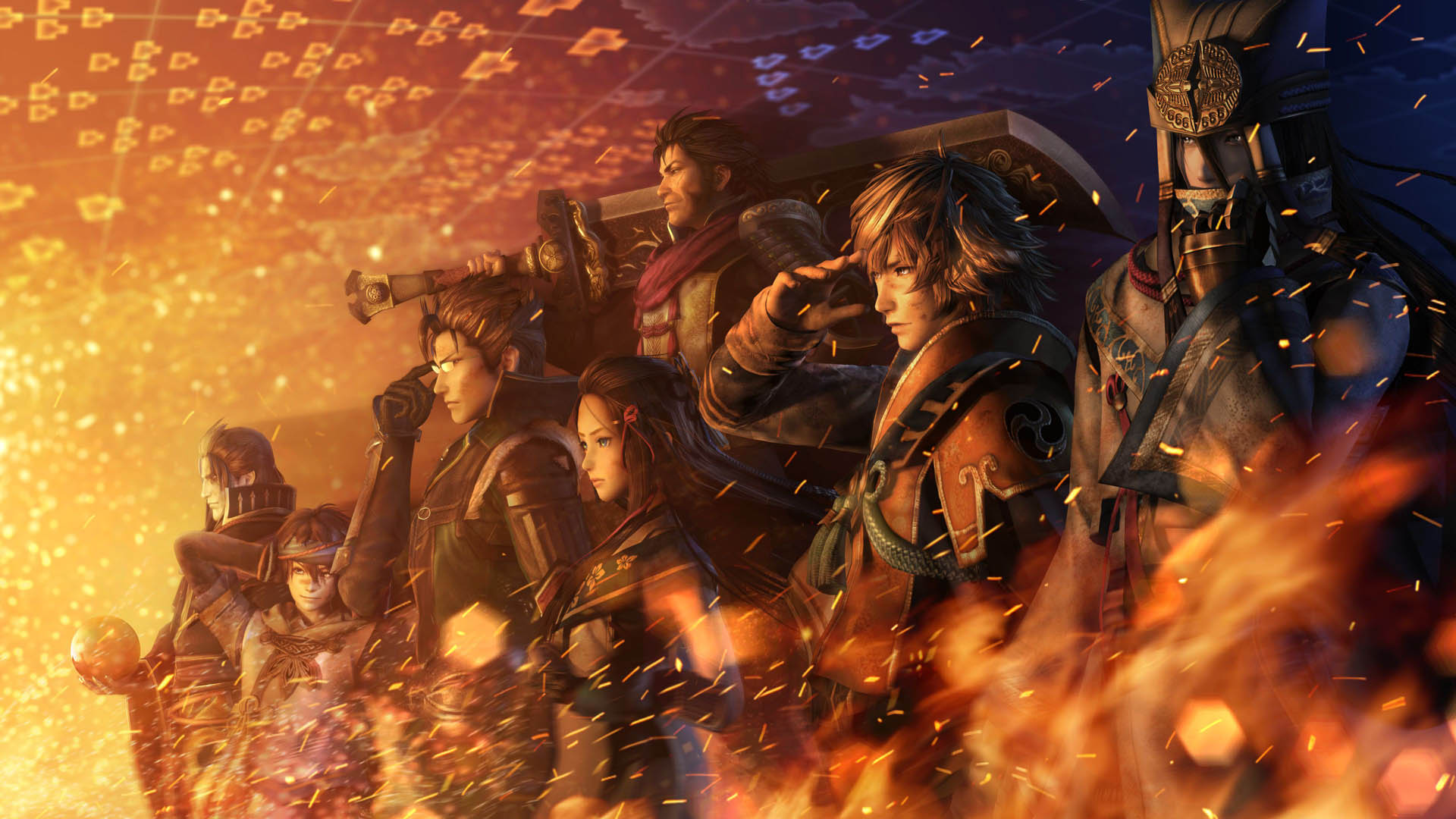 Shane the Gamer (StG) was exclusively invited by Koei Tecmo to a sit down and chat with the Producer (and Director) of the next Samurai warriors installment; Samurai Warriors: Empires.

Samurai Warriors 4 Empires  is an expanded title from Samurai Warriors 4 which introduces a brand new and exciting modes designed to test players’ skills and resilience. In this edition there is Survival Mode, where players can push themselves to the limits by taking control of their favourite character and entering a daunting castle with endless Levels and countless rewards.

Our video gaming journalist, Grant put some questions about the newest version to Osamu Mieda.

Grant: First of all, can you introduce yourself and give us a quick rundown of your role on Samurai Warriors 4: Empires? 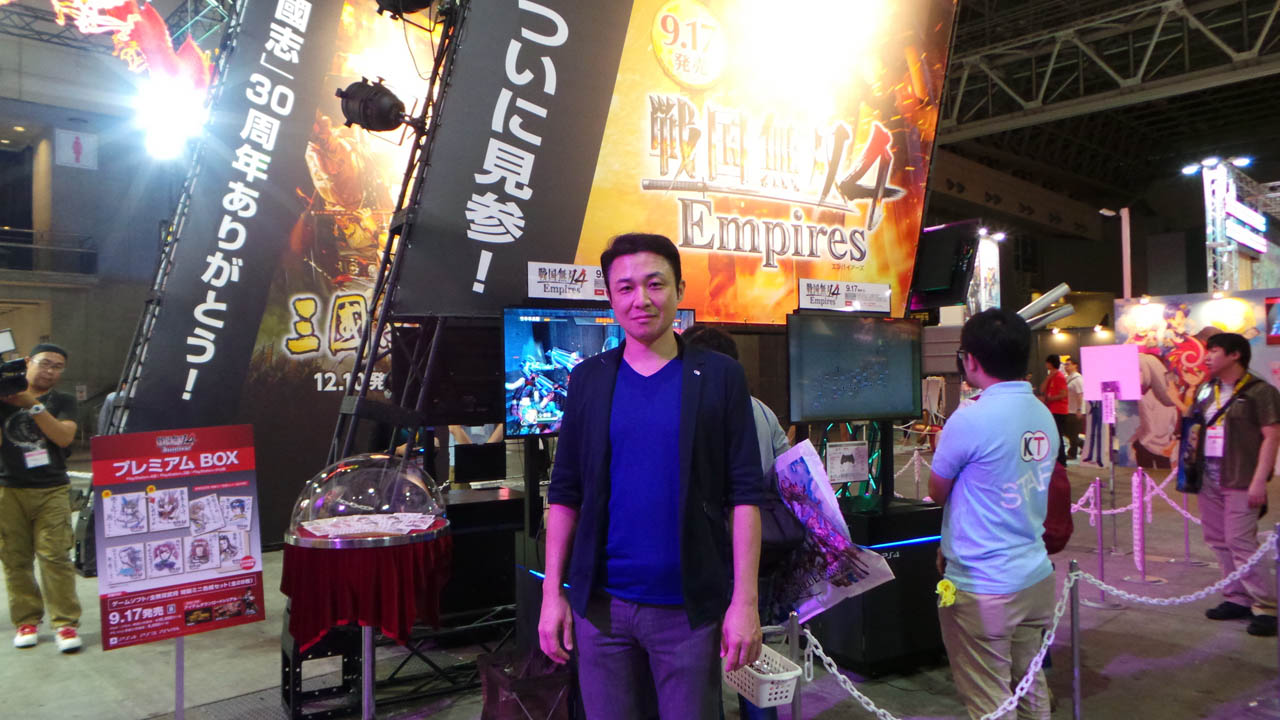 Grant: Can you tell us a bit about the setting and the story in Samurai Warriors 4: Empires?

Osamu: Conquest Mode allows players to select a pre-set scenario (starting period) and choose their favourite faction to begin.  In different starting periods, the balance of power will also be different in accordance with history;  chosen factions will also affect your play as stronger factions will have decisive advantages over weaker ones. As you progress in conquest mode, more scenarios will be unlocked.

Genesis mode, on the other hand, allows players to be creative in their own way by choosing which lord will be placed where and who their retainers will be as well as other settings. We strongly recommend you give it a try. 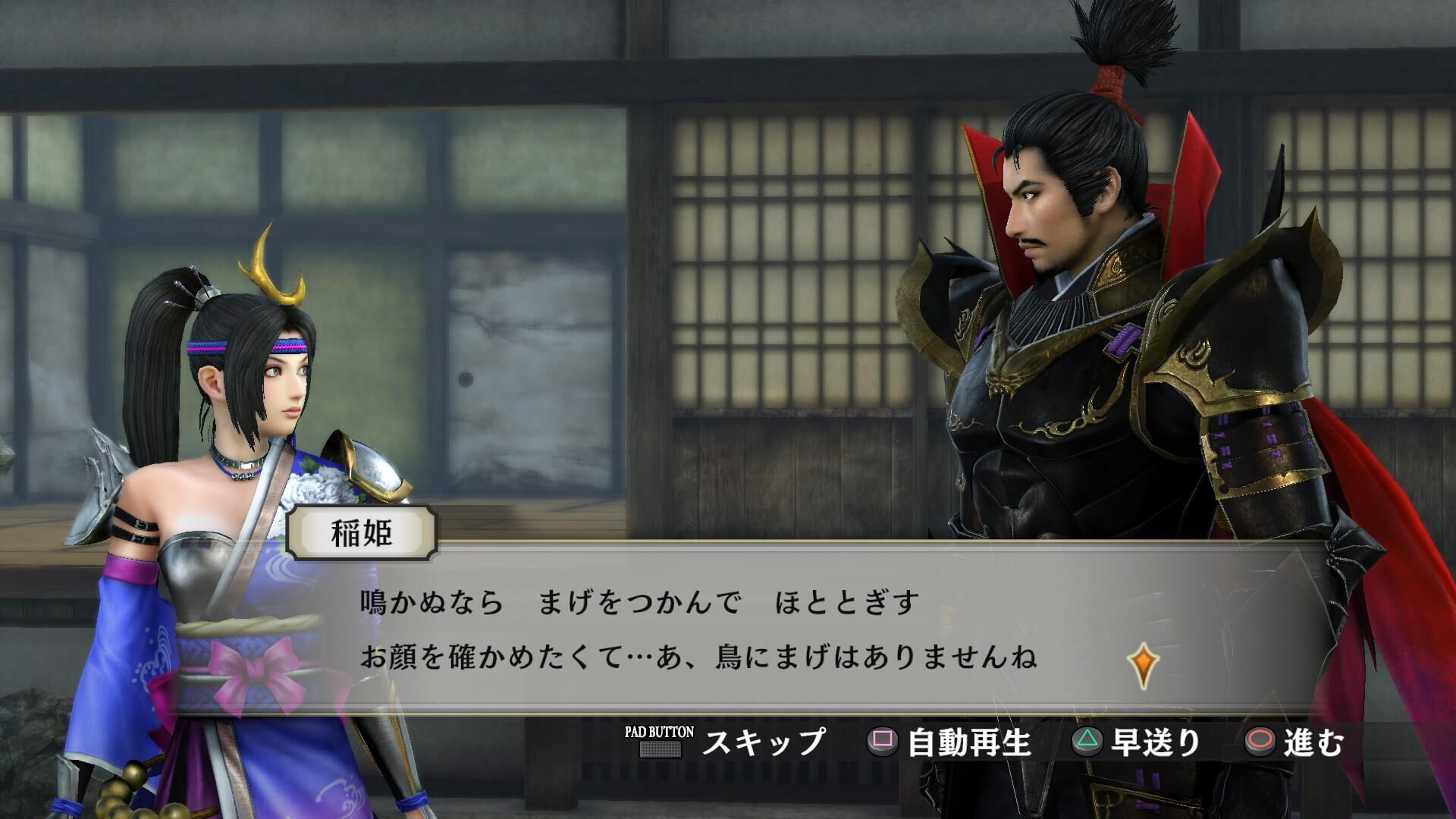 Grant: The Empires version of the Warriors series has always had focus on strategy and tactics. Can you briefly describe how these elements are incorporated into the gameplay?

Osamu: First of all, the new main feature of Samurai Warriors 4 Empires is ‘Intuitive Politics System.’ Through many trials and errors, we were successful in implementing sophisticated simulation elements while achieving an intuitive play.

‘Base Battles,’ a very popular feature on Samurai Warriors 2 Empires, returns to this title. You can claim “chains” of enemy bases by cutting off enemy supply lines and isolating enemy bases. Analysing the enemy placements will enable you to seize the advantage more efficiently. For the very first time, this game enables you to lead allied forces throughout the battlefield to claim victory. Players can give out individual commands to allied officers in order to have them each attack an enemy, defend a base or defend an ally. When you share a special relationship with an allied officer, you can also take direct control of him/her, playing as him/her on a different front of the battlefield. 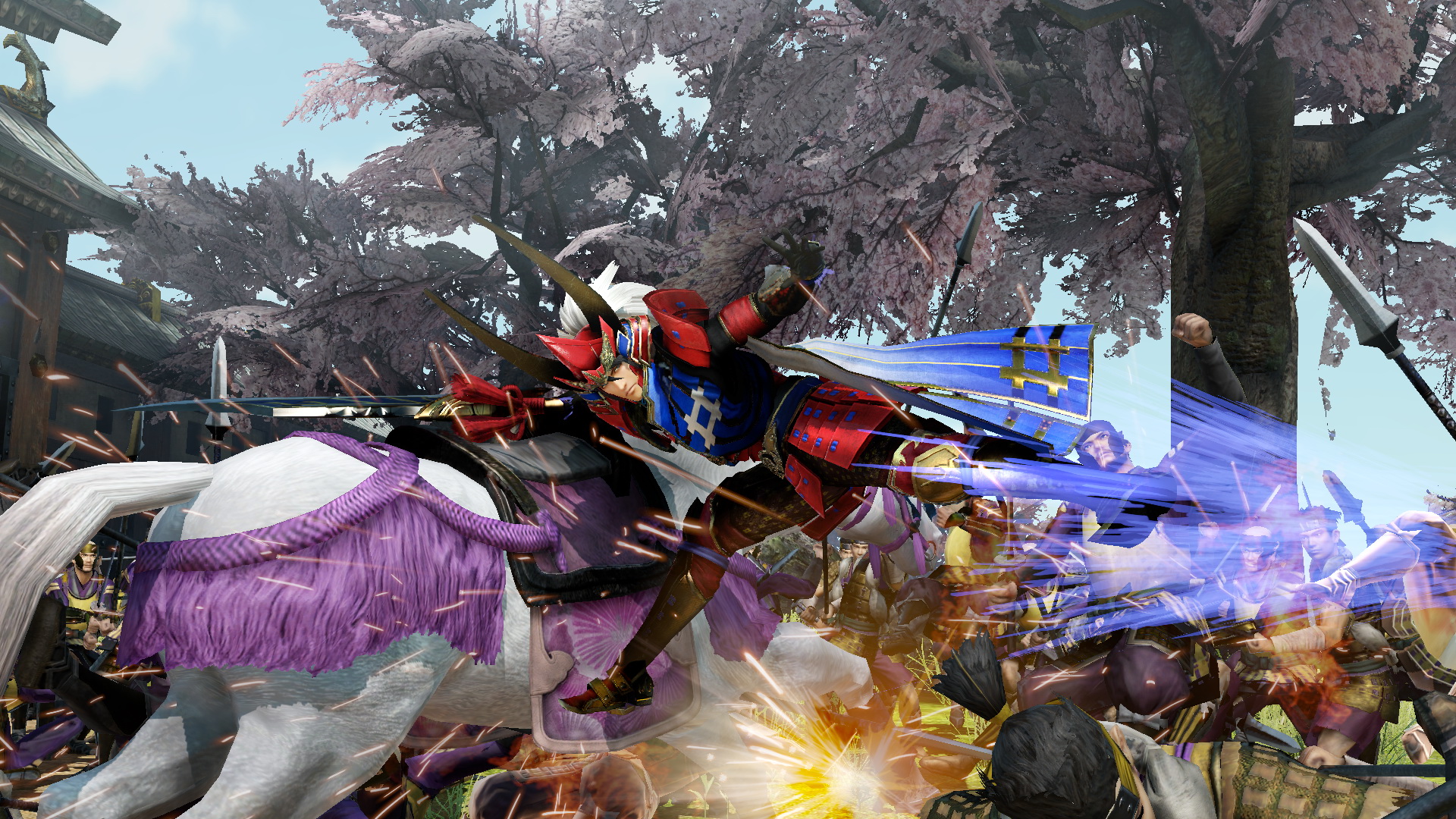 Grant: There has been quite a few Empires games before. What are some of the big improvements or differences in this title compared to previous Empires titles?

Osamu: The main new features here are ‘Intuitive Political System,’ a graphical as well as intuitive dashboard for players. Just watching officers in home castle can be enjoyable, but sophisticatedsimulation elements also well incorporated into this system.

The castle contains a cluster of rooms, each function as an administrative office for development, military, and more.  Players can use the Castle interface to place valued allied officers as Magistrates in each room and to assign various tasks to them.  The basic flow of this system is for players to decide whether or notadopt proposals submitted by Magistrates.

Don’t miss the human drama in this game. Dramas will unfold through interactions between characters which can be easily affected by your gameplay. You will be able to find a lot of events based on historical facts/anecdotes, at the same time; you can re-create those historical events with other officers or your own custom characters. I’d like to point out that all event dialogs were recorded with all Musou warriors’ voices. With such customisability, I would like to encourage players to create their own history. 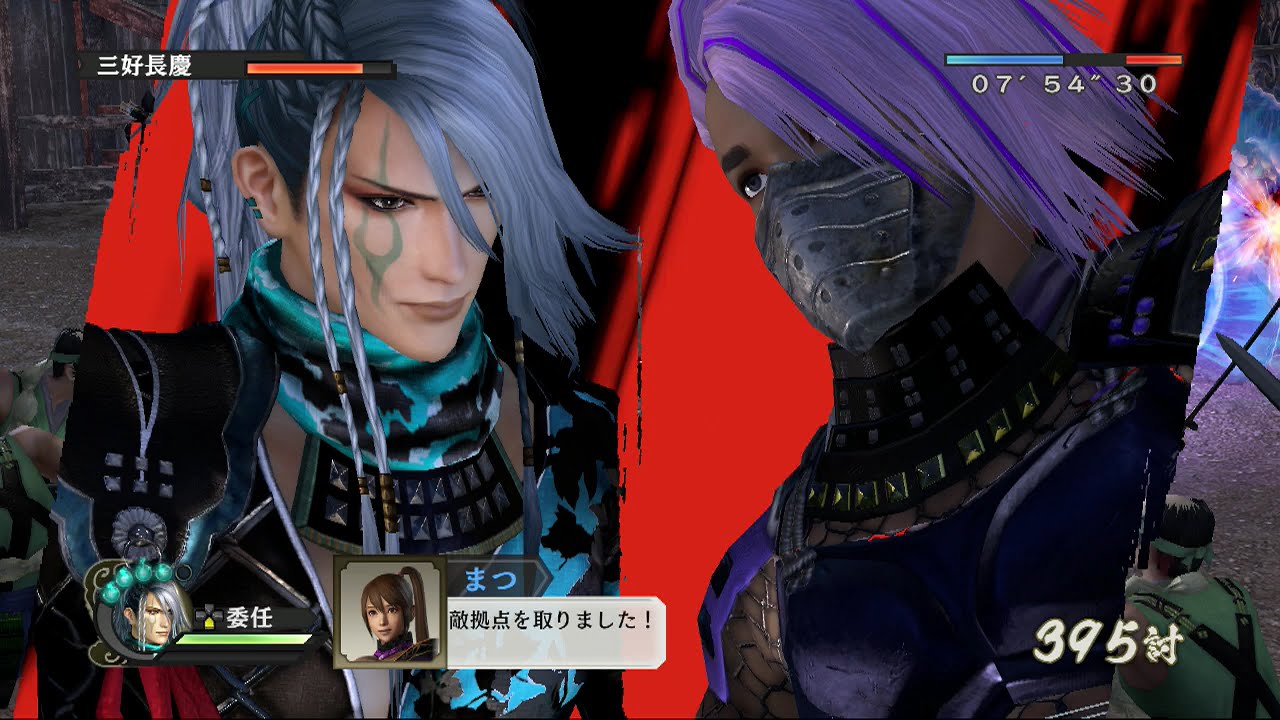 Grant: Several Koei Tecmo games have made its way to PC over the last few years including Samurai Warriors 4-II. What has been the reception so far for these games from PC players and do you think a future release of this title on PC is possible?

Osamu: At this moment, I do not have anything to say about a PC-version of Samurai Warriors 4 Empires, but I can mention that we have been exploring a variety of possibilities.

Samurai Warriors: Empires releases exclusively for PlayStation 4 on the 11th of March 2016.