Toge Productions are proud to announce that it’s teamed up with developer Rolling Glory Jam to release the contemplative comic platformer Rage in Peace in September 2018 on PC, with a Nintendo Switch release to follow later this year.

Rage in Peace follows the exploits of Timmy Malinu, an emotionally numb 27 years old actuary whose greatest desire is to die in the most peaceful way possible: asleep in his pajamas, in the warmth of home, with no drama. When the Grim Reaper shows up to inform Timmy that he will die that night of decapitation, our hero’s only concern is that he goes out with a whimper. Unfortunately, the universe isn’t so kind to Timmy, as it insists on spoiling his perfect death with all manner of ignoble hazards. Help Timmy get home safely, so he can finally live the death of his dreams! 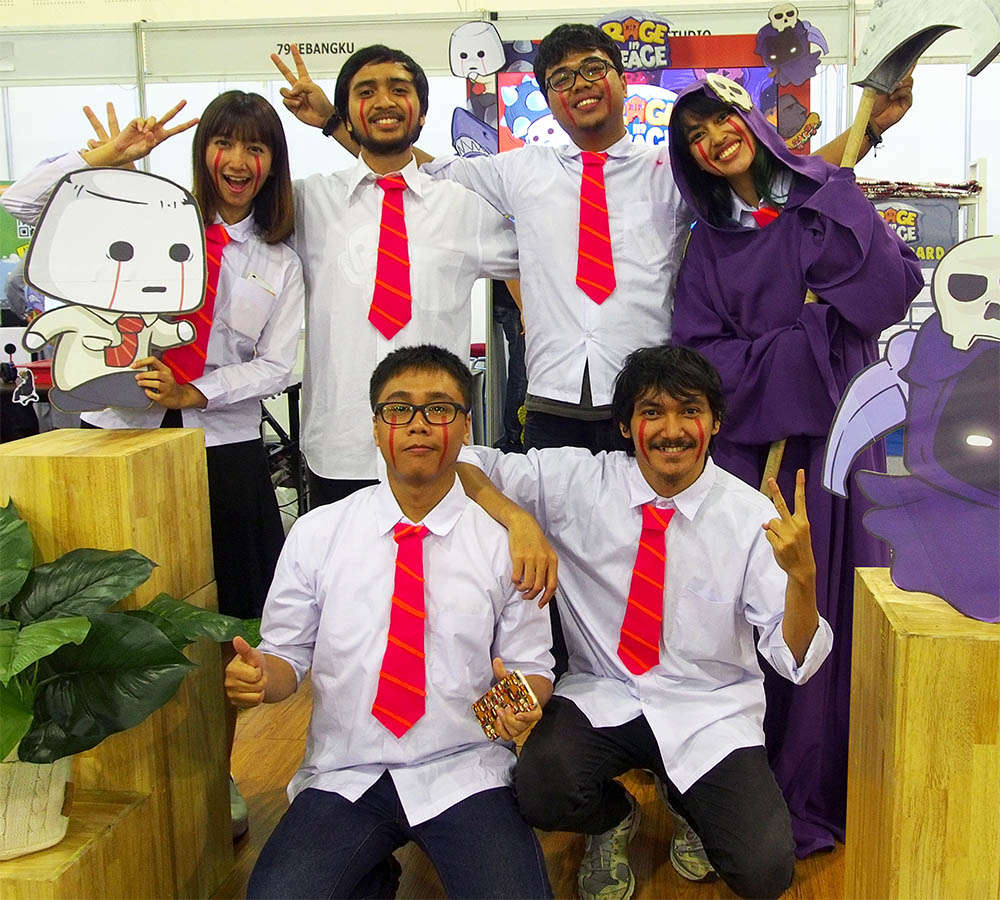 Loosely inspired by Paulo Coelho de Souza stories, Rage in Peace wants to give meaning to death in a “rage game” where you’re meeting your maker every few seconds. Despite its preoccupation with shedding one’s mortal coil, Rage in Peace is an upbeat, comical game with warm humor and bright colors brought to life by more than 10 independent Indonesian bands, as both Toge and Rolling Glory Jam are adamant on showing the world what its local culture is capable of.

“Ever since we prototyped Rage in Peace in 2014 at  IndieVsPewDiePie Game Jam, it’s become a labor of love for us,” said Rolling Glory Jam Director Dominikus D Putranto. “We wanted to make a game that was both fun to play and contained a deeper meaning about the human experience. We think Rage in Peace strikes that delicate balance perfectly.”

“Rage in Peace is one of the most addictive and thoughtful games in development right now, and we’re proud to team up with Rolling Glory Jam to release it,” said Toge Productions Founder and CEO Kris Antoni. “Indonesia is a hotbed of creativity and we can’t wait for the world to see what we’re capable of when Rage in Peace launches this Fall.”